The Mechanics of a Striker vs. a Hammer-Fired Pistol 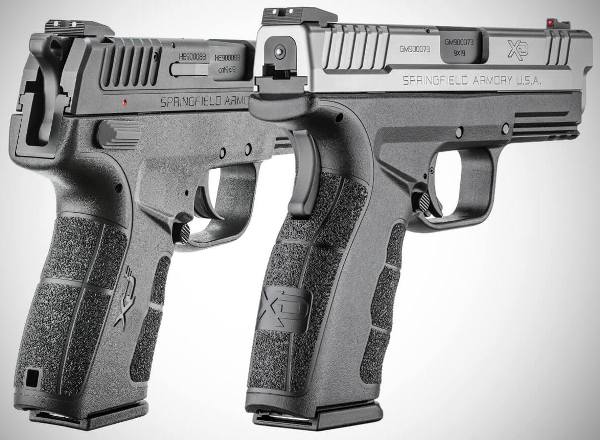 What is the difference between a striker vs. a hammer-fired gun?

When we talk about striker vs. hammer-fired, we are not talking about the same thing as double action vs. single action, DAO, SAO, DA/SA, etc. All of these types of operations are available with hammers and strikers.

The function of a striker or hammer is to push a pin hard enough into the back of a round of ammunition to ignite the primer. In a centerfire gun, the pin hits the primer in the center of the casing, and in a rimfire, the pin hits the outside edge. It is kind of like how a match is used to start a fire.

How the Firing Pin Interacts with the primer

A small amount of pressure-sensitive chemicals are inside the primer housing, or in a rimfire, it is directly around the inside edge. When the firing pin strikes the primer, the bottom side of the primer is indented, which essentially squeezes the chemical, causing an explosion. This explosion ignites the gunpowder, propelling the bullet out of the barrel.

Most of the time, you can tell a hammer-fired from a striker-fired handgun because the hammer sticks out the back of the gun above the grip. There are a few exceptions, like the "Lemon Squeezer," whose hammer is internal. 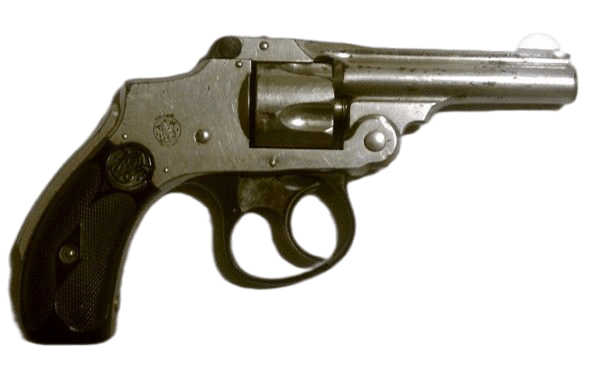 The difference between a striker vs. a hammer-fired gun is how the trigger interacts with the firing pin and the sudden impact of the primer. In a hammer-fired gun, the motion is more of a rotation, and a striker-fired is more linear. There are some striker-fired semi-auto pistols like the Glock 44 and Smith & Wesson M&P 22 Compact that share the same frame size as their larger-caliber, centerfire cousins such as the Glock 19 or Smith & Wesson M&P Compact, both in 9mm. Both calibers are striker fired, but the .22LR versions are rimfire. The frames are not identical nor interchangeable, but they are more alike than different.

Hammer-fired pistols have been around since the inception of handguns and the days when pirates roamed the seas. They are also what you see in any Cowboy movie, and you hear them referred to as a six-shooter. Probably the most well-known hammer-fired pistol is the M1911 that John Browning started developing in the late 1890s for Colt because the Army was looking for a semi-auto pistol to replace its revolvers. Initially, it fired a .38 ACP (Automatic Colt Pistol), and the version the Army finally picked was chambered in .45 ACP in 1911, and from there, the legend of the 1911 began. 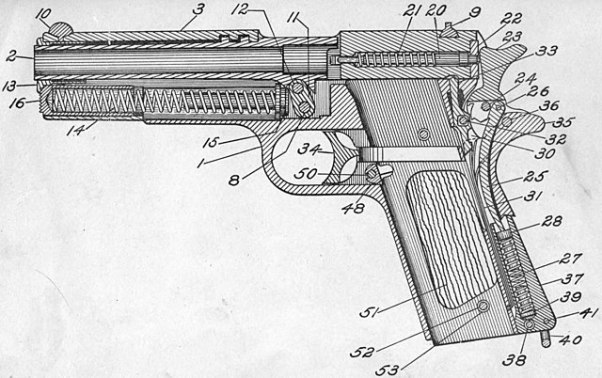 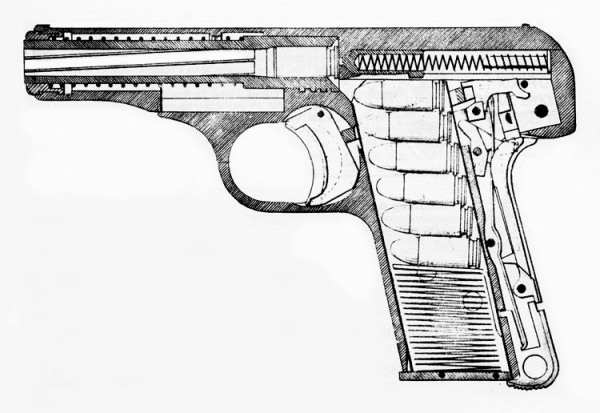 Striker-fired pistols typically are simpler and have fewer parts than a hammer-fired gun and therefore weigh and cost less to manufacture.

A striker-fired gun is similar in movement to a piston. With a striker-fired gun, there is no hammer, and as you rack the slide back, the firing pin is put under tension by compressing a spring. Pressing the trigger releases the spring, and the firing pin again flies forward and impacts the primer. The gunpowder ignites, propels the bullet out of the gun, and causes the slide to cycle toward the back. Because of a separate spring in the slide, it travels back forward. At that point, the firing pin is again under tension and ready to go.

When it is all said and done, they both serve the same purpose, and you can find them in many configurations. It's all about igniting the primer and getting the gun to go pew. 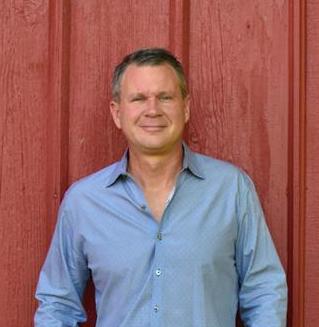 Brian Armstrong grew up in a small farm town in rural Indiana and learned to shoot before he learned to drive. His career began as a firefighter and medic in Ft Wayne, IN. Throughout the years, he has owned multiple businesses, from construction to technology. His life has come full circle, and he is back to his emergency services roots -teaching emergency first aid and firearms courses.

Brian believes that the best way to learn “HOW” to do something is to first answer “WHY” you do something. He is an average guy with views like yours and is now sharing the knowledge gained from teaching, learning from others, and researching the topics you don’t have time to explore yourself. Follow him at @LetsTalkDGU