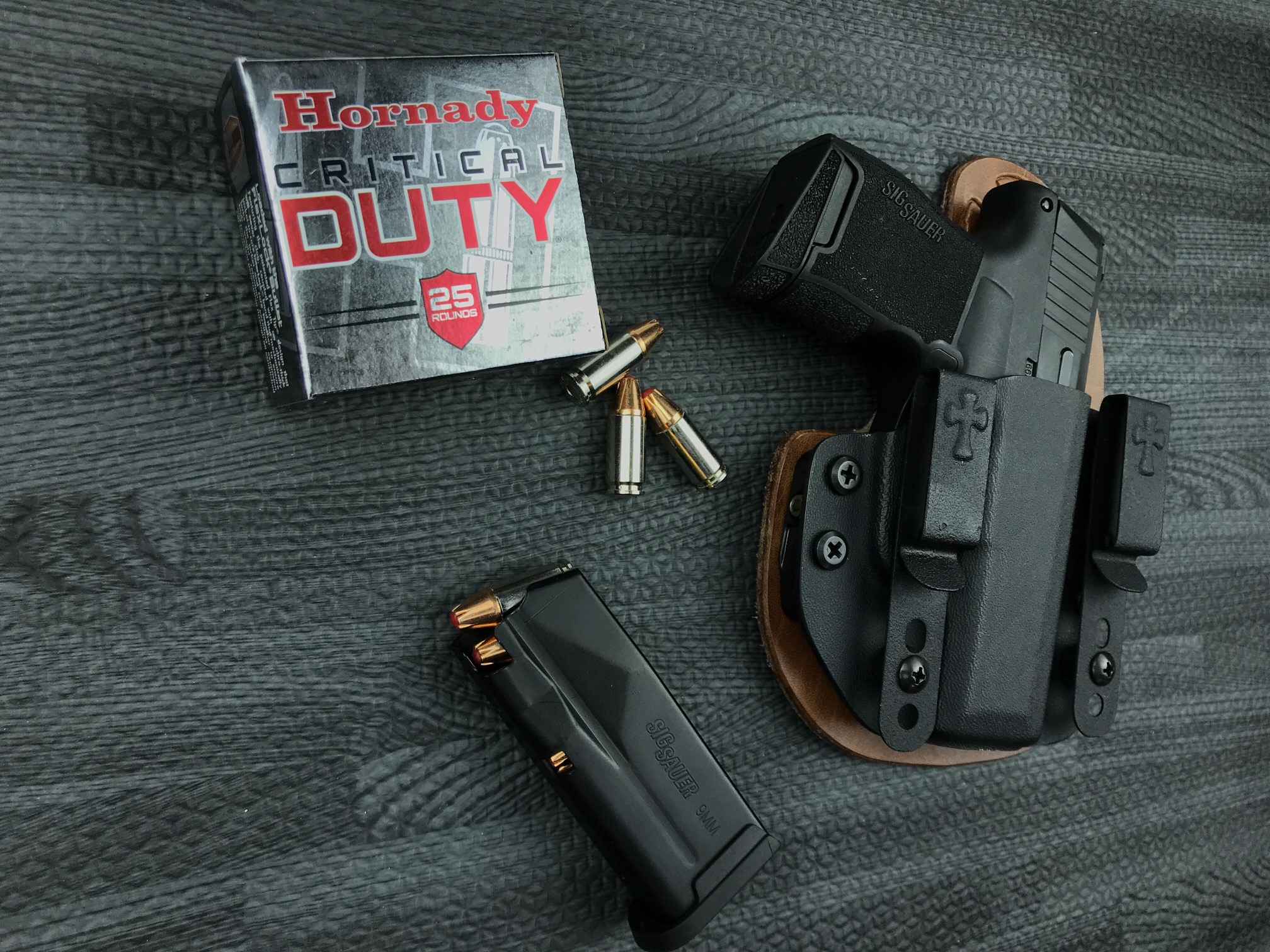 With all the choices out there, here are a few things you can do to narrow down your options!

We tend to focus mainly on guns on the CBH blog, and rightfully so. Guns are so dynamic and different that each one exhibits different strong and weak points.

But choosing your concealed carry ammo is easily just as important as the gun you carry. There are many different calibers, as well as projectiles, cases, and loads. So how do you decide what to carry in your firearm for defensive use?

Here are the 5 factors I consider when choosing concealed carry ammo:

There are a few fundamental components every round of concealed carry ammo should have.

First, the projectile should be a jacketed hollow point. As far as concealed carry ammo or just self-defense ammo goes, JHPs are the most proven projectile. Some gimmicky projectiles exist but they consistently fail to outperform JHPs in the self-defense role.

Secondly, the ammunition should be manufactured from a reputable company. A company that has police and military contracts. I look for a company that has a proven track record for success and that includes, but is not limited to, Hornady, Speer, Federal, and Winchester.

You should also use new ammunition, not re-manufactured ammo, for your concealed carry firearm. I would never accept a reloaded handgun cartridge, especially since most are done on a tight budget. Better to spend a hair extra for ammo you know is consistent and capable.

The next thing to consider is how the projectile performs. With jacketed hollow points, I look for two things: expansion and penetration.

At the back end, the round shouldn't penetrate deeper than 18 inches or it can over-penetrate an attacker. This can, of course, cause the round to strike another person or a piece of property.

Expansion is the main advantage of using a jacketed hollow point. As the round strikes a soft target, the cavity fills with soft tissue, causing it to expand. The round’s expansion makes the round bigger, which causes additional damage as it travels through the body. This expansion also slows the velocity of the round and prevents over-penetration.

The problem here is finding the information, you may have to research a good bit. There are some great YouTube channels out there who test ammo, like ShootingTheBull410.

Lucky Gunner’s Chris Baker has done some outstanding work and has a massive list of calibers and different loads for each caliber. They measure the depth, the expansion, and provide pictures and high-speed camera footage for each round. Best of all it’s all organized in an easy to read and understand table.

Let’s say you find a round that penetrates deeply and expands significantly, seemingly a quality self-defense load.

It could very well be - unless the round fails to match your gun. Not that it isn't the right caliber, what I mean is that 127-grain Ranger T-Series +P is a great round. It penetrates deep, hits hard, and flies at 1,200 feet per second. Great round, but is it a great round to shoot out of a Ruger LC9? It’s going to recoil harshly and slap that hand hard.

It’s going to not only going to be uncomfortable but it will be hard to control. If I’m carrying a Glock 19, this round is perfect but if I'm carrying a pocket pistol not so much. Some guns won't be rated for a +P load and that's another safety issue. Ever see a cracked AR polymer 80 lower receiver? It's rough.

Maybe I want a Speer Gold Dot 115 grain round for my pocket pistol. It still penetrates and expands deep enough to be effective, but it remains comfortable and controllable. I attempt to match my concealed carry ammo to the gun its in. This ensures it’s both safe and controllable in the gun I’m carrying.

This is far from the most critical need when it comes to choosing handgun ammunition, but to me, it is quite important. I live in North Florida, in a coastal town. This means a lot of humidity and humidity can cause brass cases to corrode. Due to this, I tend to stick to nickel-plated brass-cased ammunition. 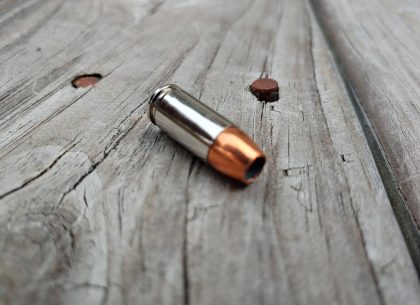 This keeps the round from corroding and ensures its safe to shoot even after being carried day in and day out. Nickel-plated ammo is also very smooth and this reduces friction and helps with reliability.

A lot of modern self-defense ammo is using nickel-plated casings, including Hornady, Federal, and Speer.

How it Shoots in My Gun

Last, but certainly not least, is how it handles in my gun. Rounds shot from a Kriss Vector will likely perform and pattern differently than if used in a Taurus G2S , and more so in a Ruger LCR . When I buy defensive ammo I typically buy a single box and go out and shoot it. I shoot the whole box, and then decide if I want to buy another box and carry it, or not. 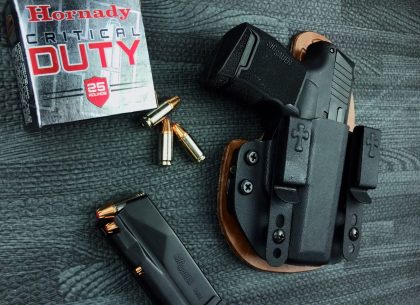 I want to see how it handles in my gun. I want to ensure it cycles reliably, that I can control it, and if it shoots true. I may decide its a little soft with a particular gun and look for a heavier bullet, or slightly hotter load. It all depends on what I’m looking for my concealed carry ammo to do.

With the massive rise in concealed carry, we’ve seen a massive market spring up around the goal of concealed carry. Holsters, guns, and of course ammo. Ammo designed for concealed carry is a specific ammo category and choosing quality concealed carry ammo is just as important as choosing the right holster and the right gun. Don't underestimate the importance of proper ammo selection.