Wheelgun Wisdom: Why Your Next Revolver Should be a 9mm

Taking a cartridge made for automatic handguns and shoving it into a revolver is nothing new. We’ve seen them come and go from every major revolver manufacturer. Taurus has done one, so has Smith and Wesson, but Ruger seems to love making them and have taken a number of their wheelguns and chambered them for automatic cartridges. The most practical and popular by far has been using the 9mm.

Why would anyone want a 9mm revolver? Here is why your next revolver should be chambered in 9mm!

First off, 9mm ammo is cheaper, more common, and readily available on a broader degree of defensive loadings than 38 Special or 357 Magnum. It outperforms 38 Special, and in a snub nose, it’s still mild to shoot and easy to handle.

Without a doubt, 357 Magnum outclasses it. It's also twice the price with substantially more recoil. If you were shopping for a full-sized revolver, a 357 makes more sense. If you were compact, especially for a snub nose, then the 9mm is a much better option.

A 357 magnum from an air weight revolver will slap and sting. You’ll get some substantial muzzle rise, as well as concussion and flash. Shooting a 357 Magnum from a lightweight snub-nose is rarely a comfortable experience.

A 38 Special still gets the job done, and these tend to rule the snub nose market. The biggest issue with 38 Special isn’t necessarily it’s performance, but it’s a logistical issue. 38 Special is much more expensive than 9mm and has nowhere near as many loads available for it.

In a snub nose variant, the 9mm performs quite well, and modern defensive loads can give it more or less oomph. There are loads from Hornady and Liberty Defense that offer less recoil. There are big 147 grain loads than penetrate deep, as well as 124 grain +P loads that both heavy and fast. Best of all, you can buy cheap ammo to train with and do so in bulk from nearly everywhere that sells ammo.

The Ruger LCR has proven to be an impressive revolver. It’s lightweight, easy to handle, and chambered in 9mm. A 9mm revolver can share ammo with 99% of the handguns I already own. This 9mm revolver is like every other and requires you to use moon clips for easy loading and ejection.

Moon clips add a rim to the ammunition, which allows the ejector to do its job. The moon clips are cheap and can be found for right around ten bucks for three clips. These clips can act as speed loaders and make it rapid and easy to reload your weapon.

It’s faster than a speed loader to be fair because you drop it in and close the cylinder. It’s almost as fast as swapping magazines in an automatic handgun.

It’s comfortable to shoot and feels like standard 38 Special recoil and muzzle rise wise. The LCR has a fantastic trigger, and that helps quite a bit with accuracy. DAO snub noses aren’t precision guns, but they are accurate enough to hit s bad guy in the chest.

When training new shooters, the Hornady FTX 100 Grain Critical Defense Lite loads are pricey but pleasant. A little cheaper is SIG’s P365 low recoil rounds. These rounds come in training friendly FMJ loads and are quite soft shooting. Match them with the SIG P365 defensive ammo, and you’ll be gold.

The LCR remains the only centerfire revolver I currently own. While I liked my 38s, my 45 Colts, my 357s, and even my single 41 Magnum, due to ammo cost, I never shot them. With the LCR in 9mm, I can hit the range whenever without going broke.

But it’s not all rainbows and unicorns.

There are a few things to know about 9mm revolvers before you invest in one. First and foremost is crimp jump. Crimp or bullet jump occurs because of recoil in a revolver. Every round feels G forces as the gun recoils, and the sudden jarring effect can cause 9mm bullets to jump the crimp. Jumping the crimp is the bullets moving forward inside their cases. You can end up with a locked up revolver if the round unseats from the case. 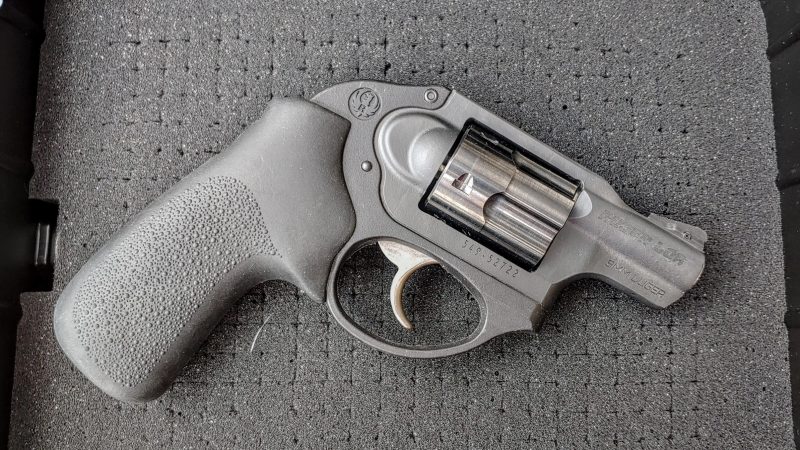 Bullet jump doesn’t happen in automatics, so 9mm isn’t crimped like a dedicated revolver cartridge. With 9mm, it can be a risk is ultra-lite revolvers. Ruger specifically uses the 357 frames for the LCR to avoid this issue. The best thing you can do is test different types of ammo to see if bullet jump occurs. Load a full cylinder and fire it all but one round and observe for bullet jump.

The other issue is using cheap steel ammo. It may swell and become difficult to remove from the cylinder. Brass ammo doesn’t have this issue, and it’s rare with even steel ammo. It just does happen on occasion.

A good 9mm revolver is a wonderful carry gun. The simplified logistics of the 9mm cartridge in a comfortable carrying J frame are a winning combination. Just don’t forget a good holster, a good belt, and high-quality self-defense ammunition.