The Sterling 302 - An OG Pocket Pistol 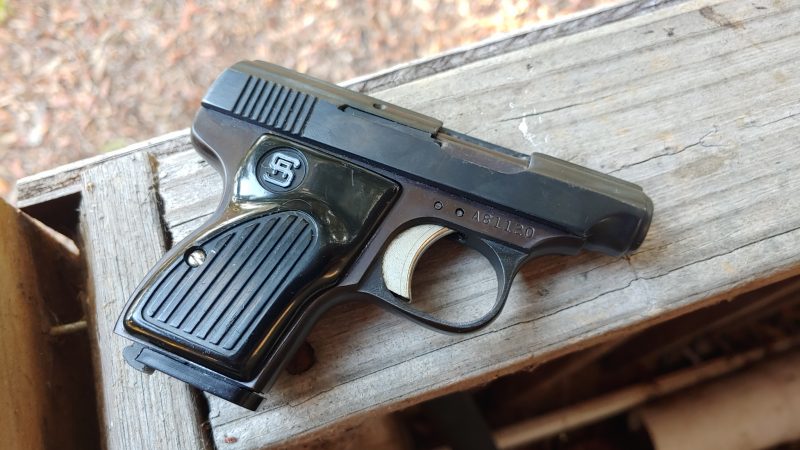 Travis takes a look at a throwback: the Sterling 302, a fun little plinker that might work well as a pocket pistol.

Rimfires are by far my favorite type of handgun. They are so stinking cheap to shoot that I can't help but love them. Whenever I stumble across an affordable rimfire weapon, it comes home with me. That's how I ended up with my Sterling 302. It's a gun I had never heard of, but one whose ugly appearance drew me in tight. The $80 price tag ensured it had a home in my safe.

At first glance, the Sterling 302 looks akin to something like a Raven or Jennings pistol. Something akin to a Saturday Night Special, which points it in the not-very-good direction. However, that disappears when you pick up the Sterling. It's clearly a well-made handgun. No pot metal here. The slide and frame are made from stainless steel, and it has a nice blue finish that looks outstanding.

Don't let the ugly little appearance fool you. The Sterling 302 is a bit like a pug. It's ugly but cute in its own way.

Breaking Down the Sterling 302

This isn't the British Sterling most of us know from their World War 2 era submachine guns. This was a small New York company that existed in the 1970s and early 80s. They produced a number of small firearms of good quality, but the company never made a big splash. The Sterling 302 is their pocket pistol chambered in America's favorite rimfire, the .22LR. 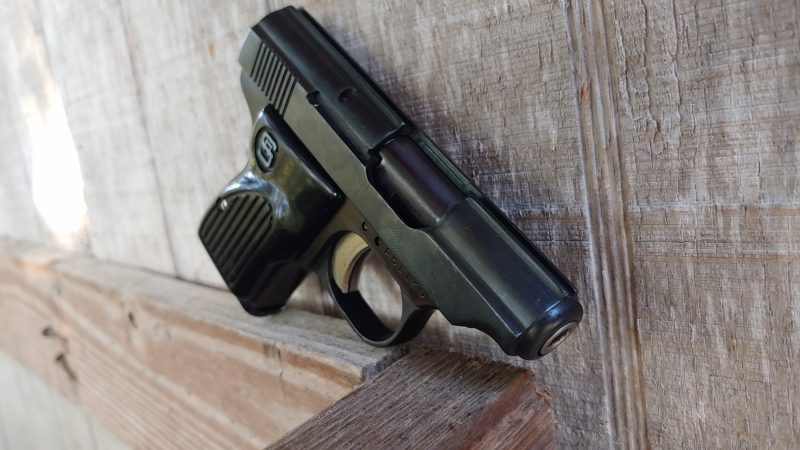 It uses a simple blowback action and features a manual safety mounted over the trigger and a heel magazine release. It's a tiny gun that's 4.5 inches long and 3.75 inches tall. The barrel is 2.5 inches long, and the gun weighs 13 ounces. It's a little heavy, but it's all steel, so the weight is expected. 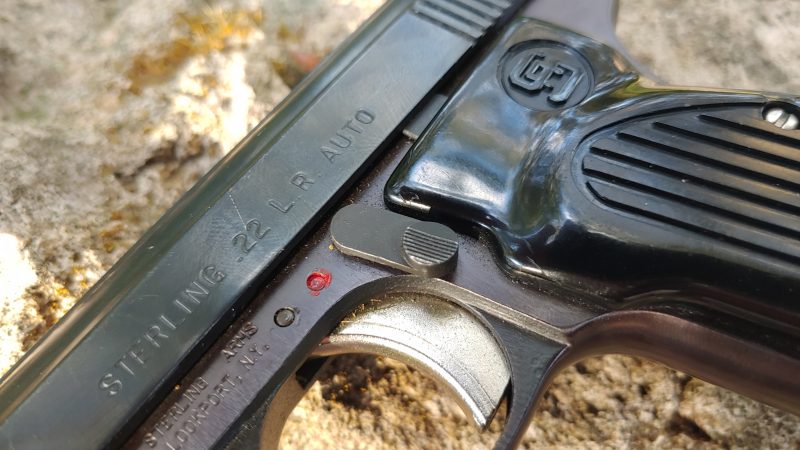 The Sterling 302's safety is odd but well-placed and easy to manipulate with your thumb. Heel magazine releases are always terrible, and that's no different here. It's slow, and you won't be swapping magazines quickly, so make those shots count. The gun holds six rounds of .22LR in a traditional single-stack magazine. 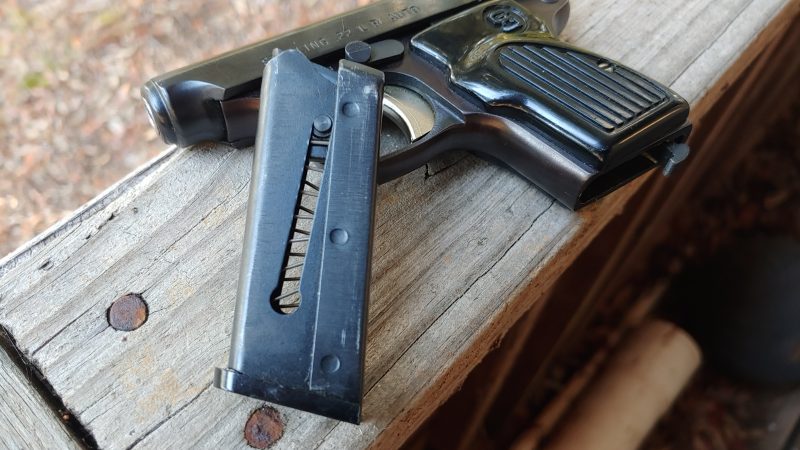 Across the top, we have a trench-style sight. Trench sights had gained some popularity at this time period and were used for deep concealment guns. These are striker-fired guns with single-action triggers.

With a box of Federal Automatch, I hit the range and let loose. The little Sterling 302 is a fun shooting gun. The all-steel design paired with a rimfire round results in very light recoil. It's super soft handling and doesn't beat your hand up. Even with the tiny little grip, I can keep the gun down and on target with ease. 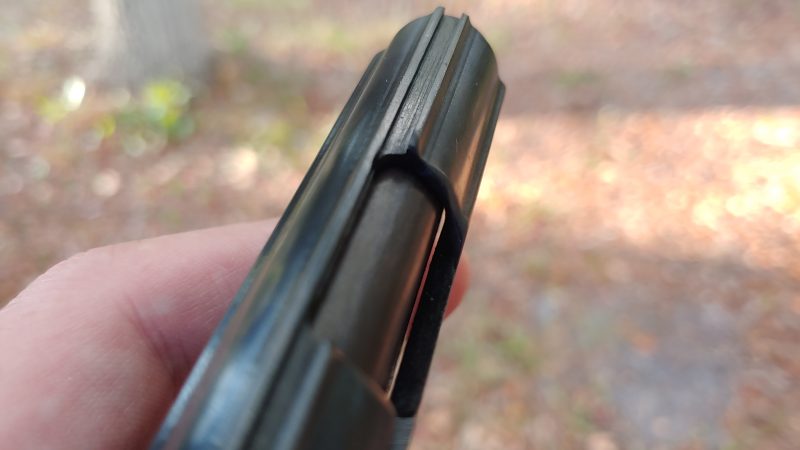 The rear design of the pistol also keeps the gun's slide from digging into your hand and makes it plenty comfy to shoot. Small guns usually suck at the range, but the Sterling 302 does a great job of being soft shooting and easy to handle.

In terms of reliability, it's mostly good. The last round in the magazine would occasionally fail to feed properly, but this was somewhat rare. The Sterling 302 ate through a few hundred rounds with four failures total. Not bad, especially for a gun designed and manufactured well before I was born. 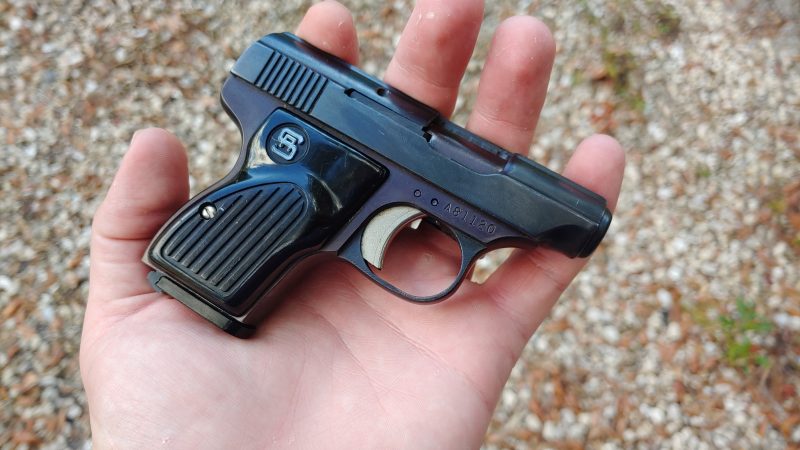 One downside is the trench sight. It's tricky to learn to use. I've never used a trench sight before, so it was a new experience. Trying to produce tight groups just wasn't going to happen. I did hit some steel fairly easily, but the rounds were all over the place on the steel targets. The trigger is a little stiff, with a good bit of takeup, but not bad by any means. 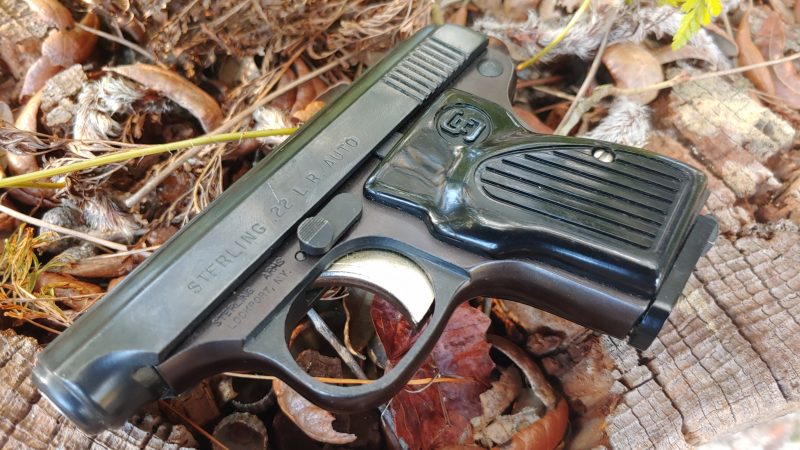 The weapon's age, low capacity, rimfire caliber, and trench sights don't make it the most attractive option for self-defense or concealed carry. While it's not a bad gun, there are plenty of better options these days, like the LCP 2, the Bodyguard, and SIG P365. It's a neat curiosity and a fun shooter, and sometimes that's enough.