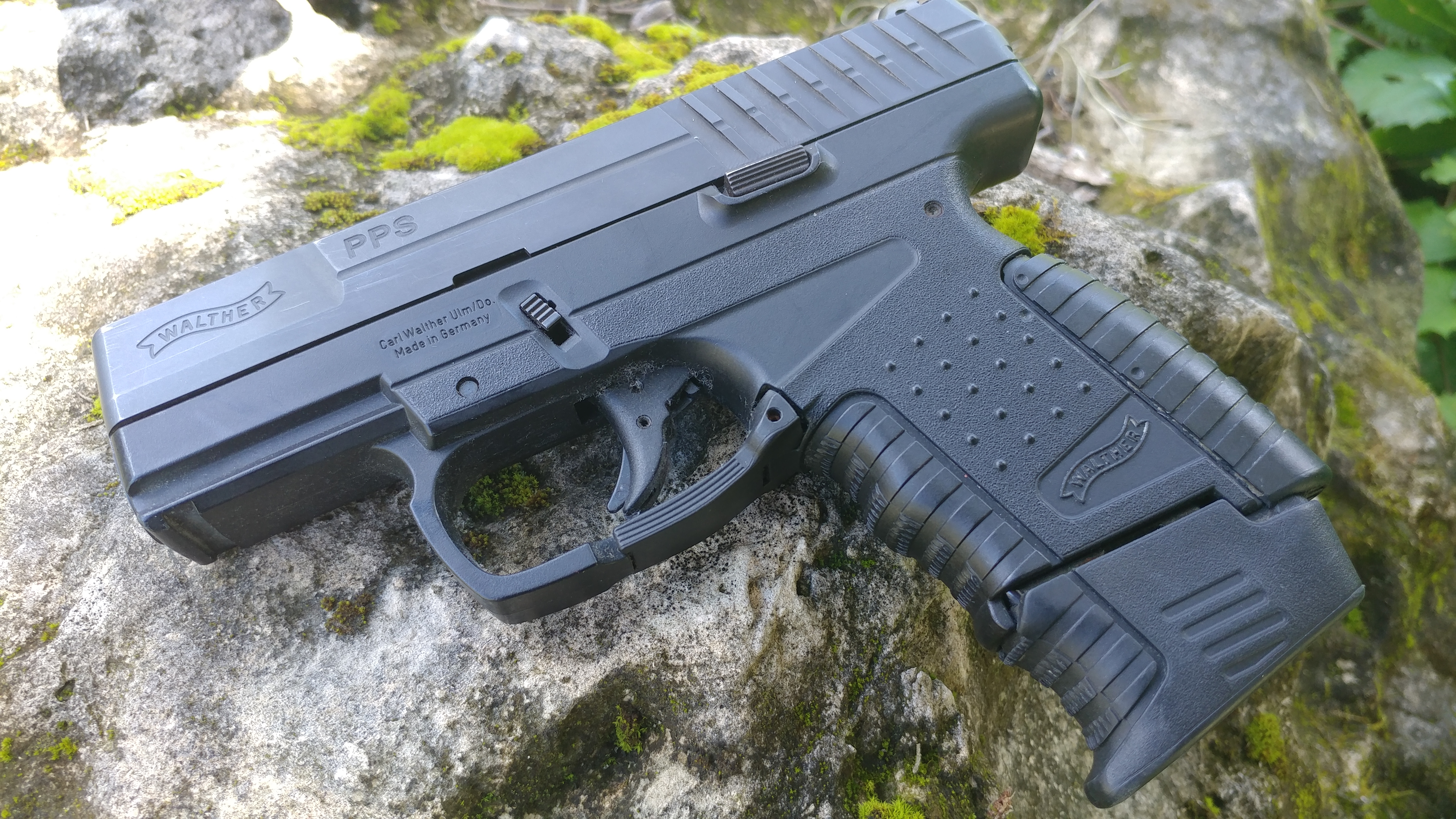 If Alex Trebek said, "James Bond’s weapon of choice", you would probably respond, "What is the Walther PPK?", right?

Made iconic on the silver screen and featured in movie posters worldwide, it's probably his most popular choice. In reality, Bond used a number of Walthers and while the PPK may reign supreme in films, he uses a wide variety of guns in the book series and carried a Walther PPS in the novel Carte Blanche.

The Walther PPS may be one of many but specifically stands out to me because I own one, which is the basis of this gun review. 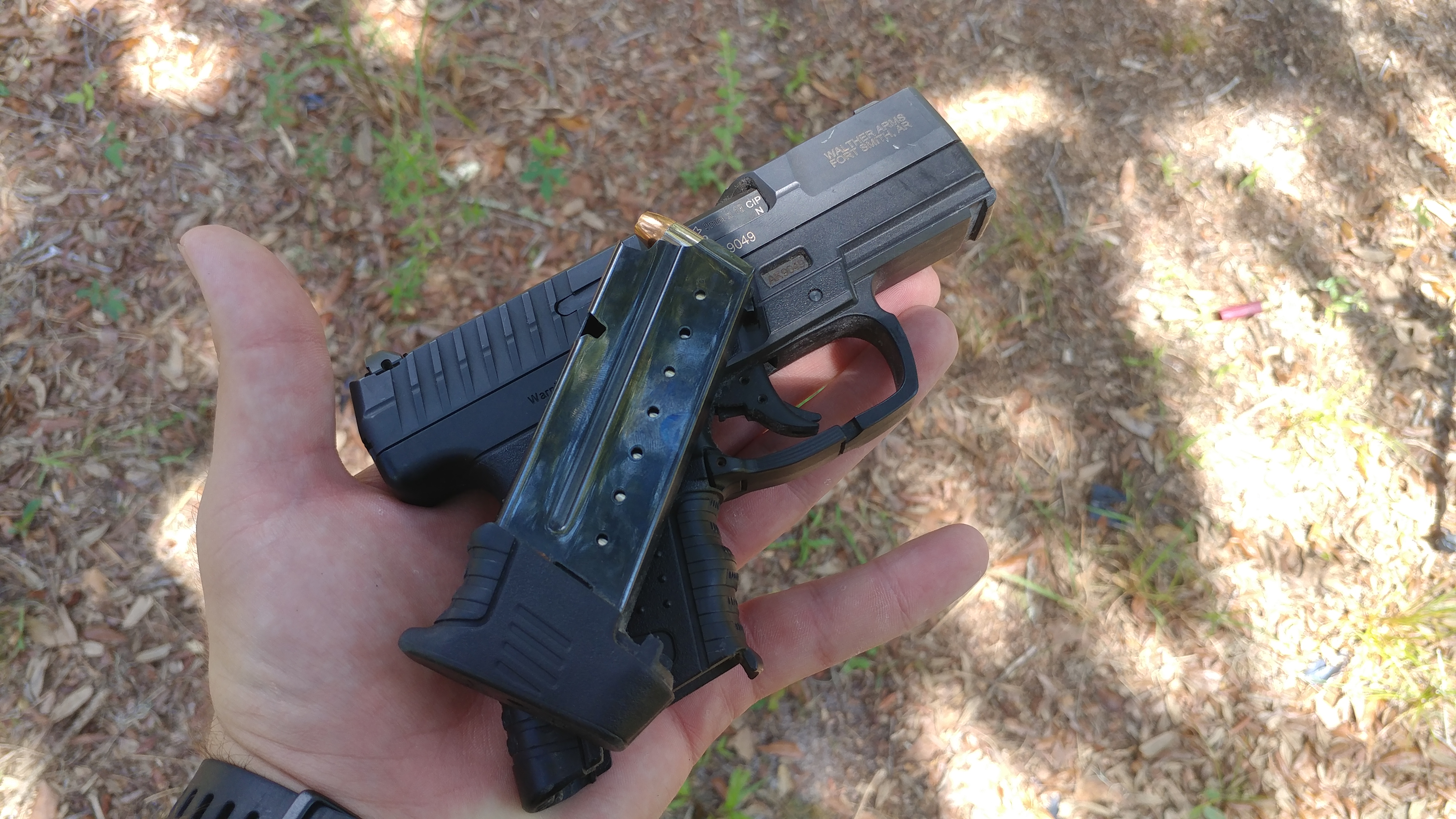 The Walther PPS: Inside and Out

I didn’t buy the Walther PPS because I want to be Bond, I’m more of the Jack Bauer type if I say so myself. I bought the Walther PPS because at the time there weren’t many single stack 9s that fit my mitts. In fact, when the PPS came out it was a very innovative gun that was widely ignored. People throw praise on the Glock 43, the XD-s, and the dozens of single stack 9s out there today.

The Walther PPS was a combination of features I wanted and needed in a concealed carry firearm. The Walther PPS comes in 40 S&W and 9mm and my model is a single stack 9 and remarkably thin. The PPS is an inch thick at its thickest point, weighs a little over 21 ounces, and sports three different options for magazines, giving the gun a slightly longer grip. The 9mm option has a 6 round flush-fitting magazine, a 7 round magazine that offers a pinky extension and an 8 rounder gives you a nice full-size pistol grip.

The Walther PPS even had interchangeable rear grips to change the size of the pistol, a feature that was revolutionary when the pistol premiered. Its modularity is still impressive for such a small gun. I mean it even has a rail for a light or laser.

Now the pistol grip is the gun's downfall in a few ways. The biggest problem with it is the flat, non-curved nature. There is no real swell to the grip so it's not the most comfortable gun in terms of just plain grip, however, the grip angle is nice despite the odd the grip. 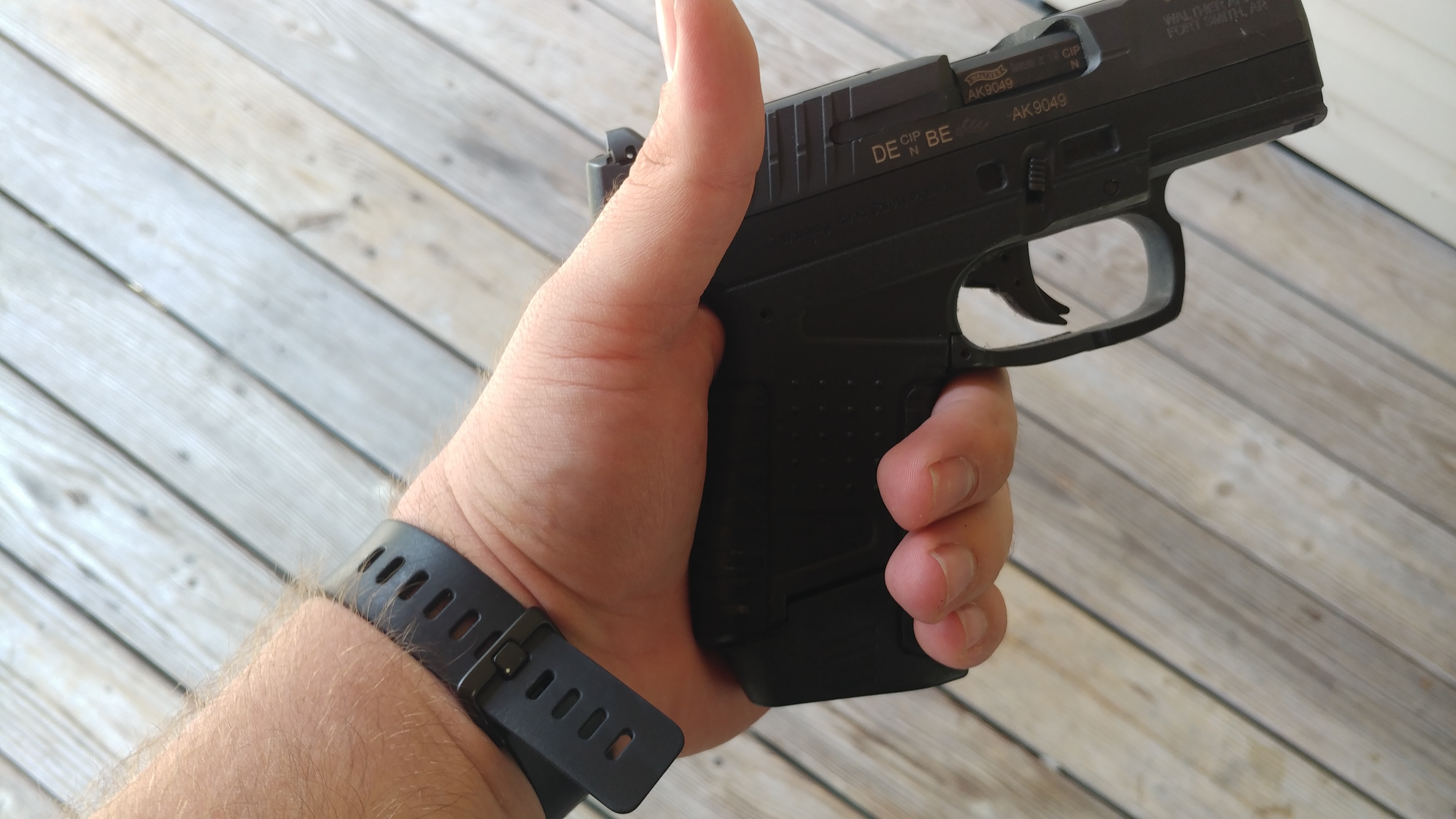 The magazine release is a love it or hate it situation. It's a paddle release system that is on the trigger guard. There is no button to push, just a paddle. I like it. It's ambidextrous, and it takes time to get used to. Once you do, it's very effective.

There is no manual safety, just a Glock-style trigger safety. This is my preference for a carry gun and I believe simple is better. The weapon has a nice sized slide lock that's easy to reach and use. My thumbs don't hold it down while I’m firing either.

PPS On the Range

With my big hands, I like the full-sized magazine. It fills the hand well and gives me increased control over the gun. For a small light gun, the recoil isn't bad at all. It’s a little snappy but it's comfortable in a tight grip which makes it handle well. The design of the gun lends itself well to rapid-fire with its striker-fired design.

The trigger is very nice and clean with a short travel and reset. It’s capable of making you quite accurate and of course quite deadly. Ringing steel out to 50 yards is easy if you have a good grasp of the fundamentals and accurate double taps are possible for close-quarters shooting and defensive drills. 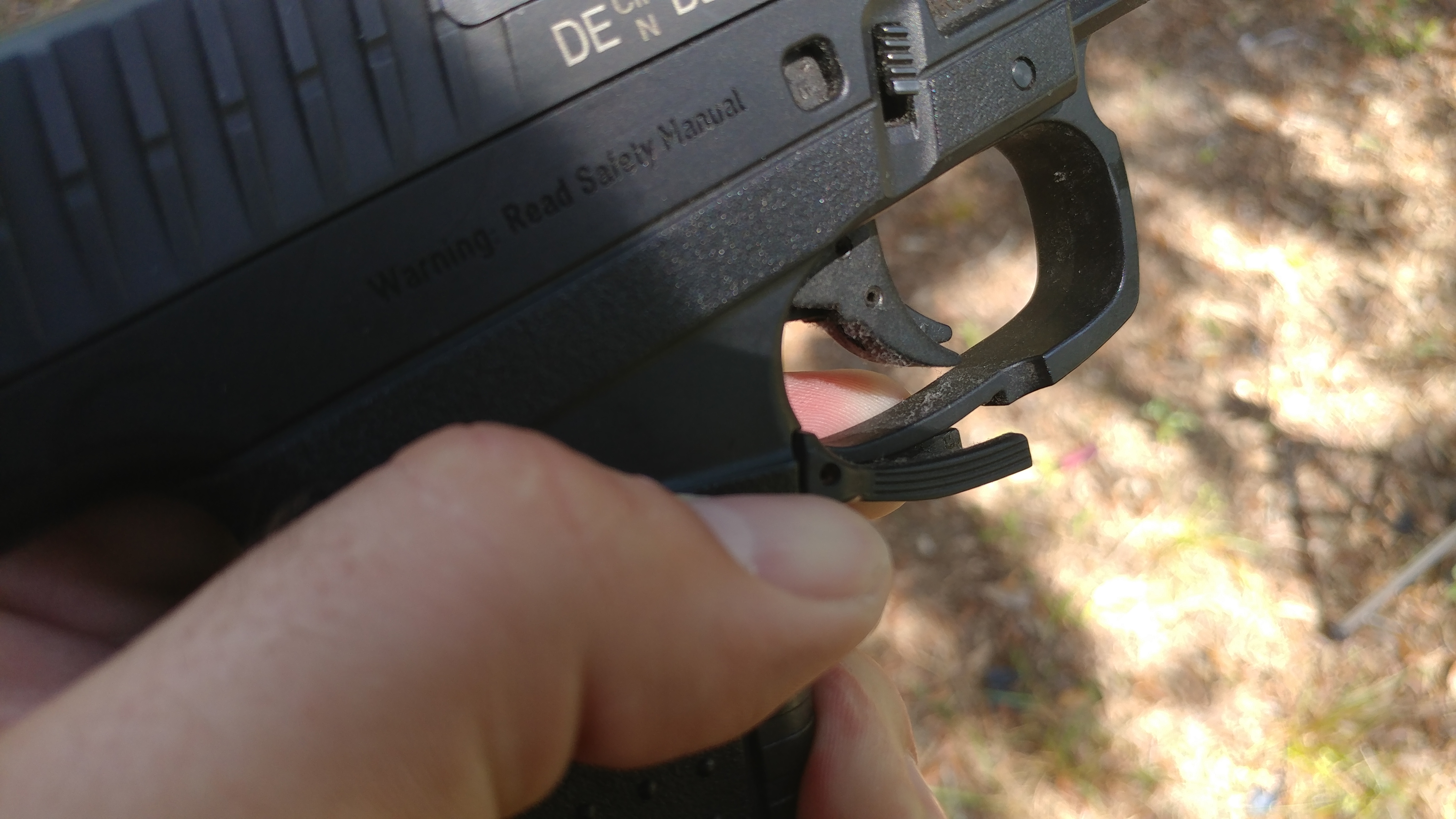 The gun has three dot sights that made of metal which is a nice touch. The sights are very visible and easy to pick up. These sights are the kind you'd find on a full-sized gun so they are easy to see and use.

The gun is ultra-reliable and it's not uncommon for me to feed it an abusive diet of ball, hollow points, and a mixture of steel, brass, and aluminum casings. It's even had some of those Ruger ARX polymer rounds go through it a time or two. It eats it up!.

The Walther PPS is a great handling gun - one of the reasons I purchased it was for it's handling potential relative to its size. The Walther PPS successfully walks the fine line between hard to handle and easy to conceal. It’s an excellent compromise between both and sits in my concealed carry line up as an old friend. 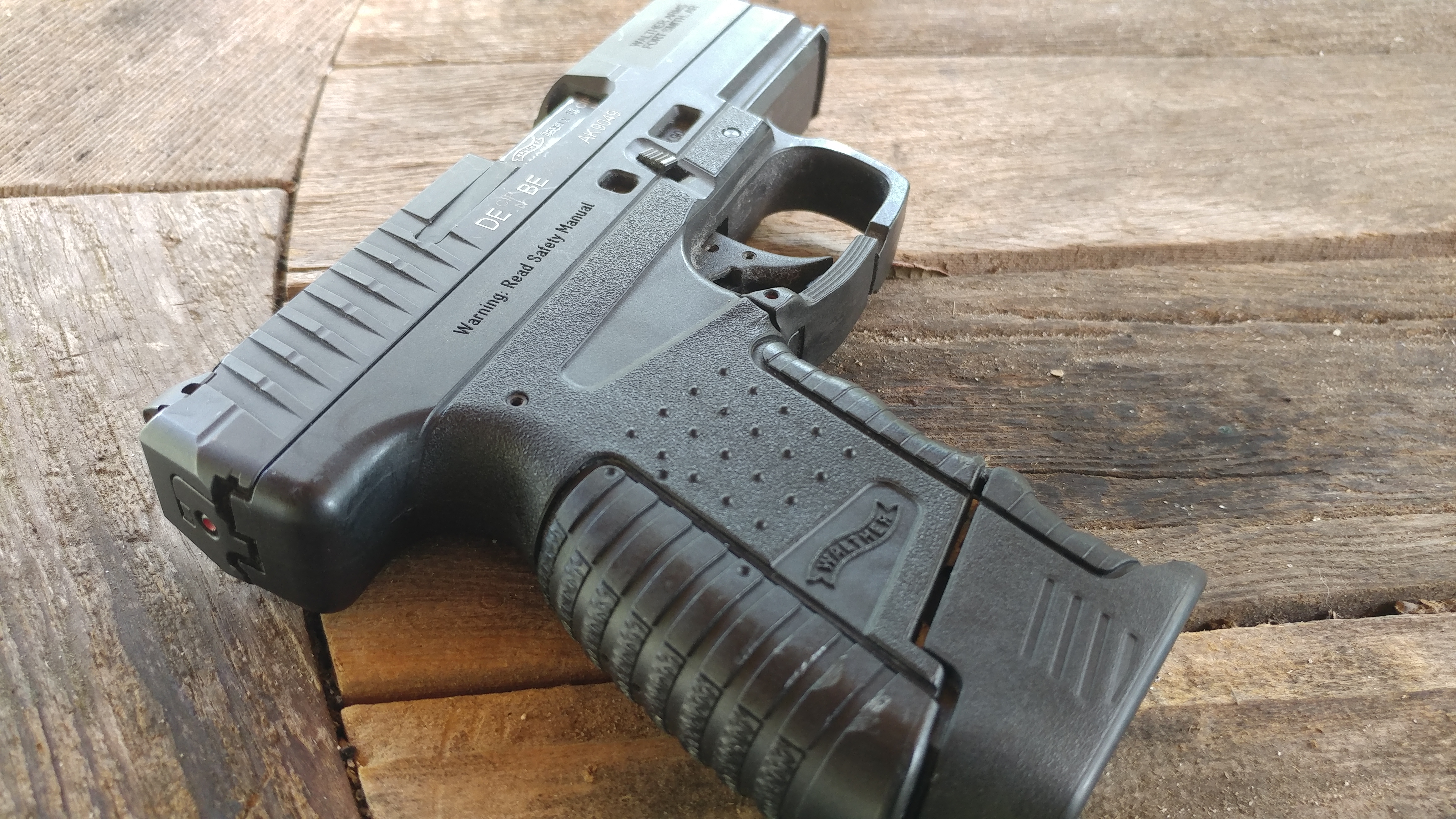 Final Thoughts on the PPS

The Walther PPS is my go-to when I can't carry a full-sized handgun. It's perfect for wearing with a suit and its thin nature doesn’t ruin the lines of the suit. Maybe the author of Carte Blanche knew that when he chose the PPS as Bond’s gun of choice. The Walther PPS is a great little gun that’s comfortable for IWB carry and it’s thin and short nature makes it easy to carry in a  variety of ways.

BONUS: After it was replaced with the M2 model, it also brought drastic price cuts so if you do find one at a good price, I promise you won't be disappointed! 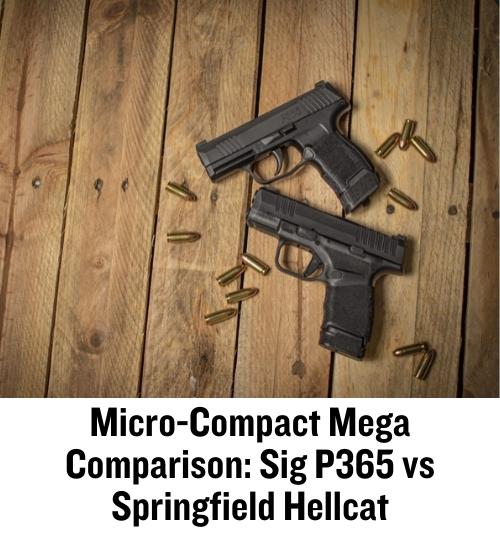 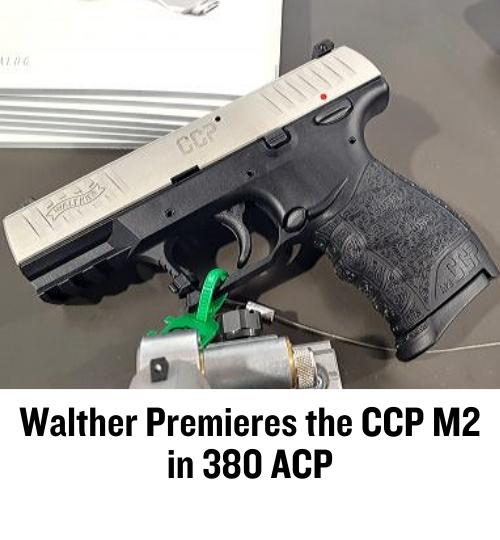