The Walther CCP is a very cool little pistol. A 9mm handgun designed for concealed carry, the CCP contains Walther's SoftCoil system; a gas piston that creates a gas-delayed blowback system that reduces recoil, also making the gun super soft to shoot. Easy to rack, it's also perfect for shooters of all skill levels and especially useful for those with delayed hand strength.

Recently, Walther Arms made a few refinements to the CCP to produce an M2 model in 380 ACP and it definitely came to play.

The CCP For You and Me

For people with poor hand strength, this will be a godsend. The 9mm was soft recoiling, but the 380 ACP was a kitten at range day. It took me by surprise when it barely moved between shots. It shot like a super small 22 LR, superbly soft and wonderful for a small centerfire handgun. It has a little recoil and jump, but nothing fierce or feisty.

The CCP does feature a small manual thumb safety and a single action striker-fired trigger with a smooth pull. The gun uses a single stack magazine that holds 8 rounds. The gun is the exact same size as the 9mm CCP so all the previous generations holsters and accessories will fit the weapon without issue. This means there are lots of holsters already available, including your favorite CrossBreed Holsters. 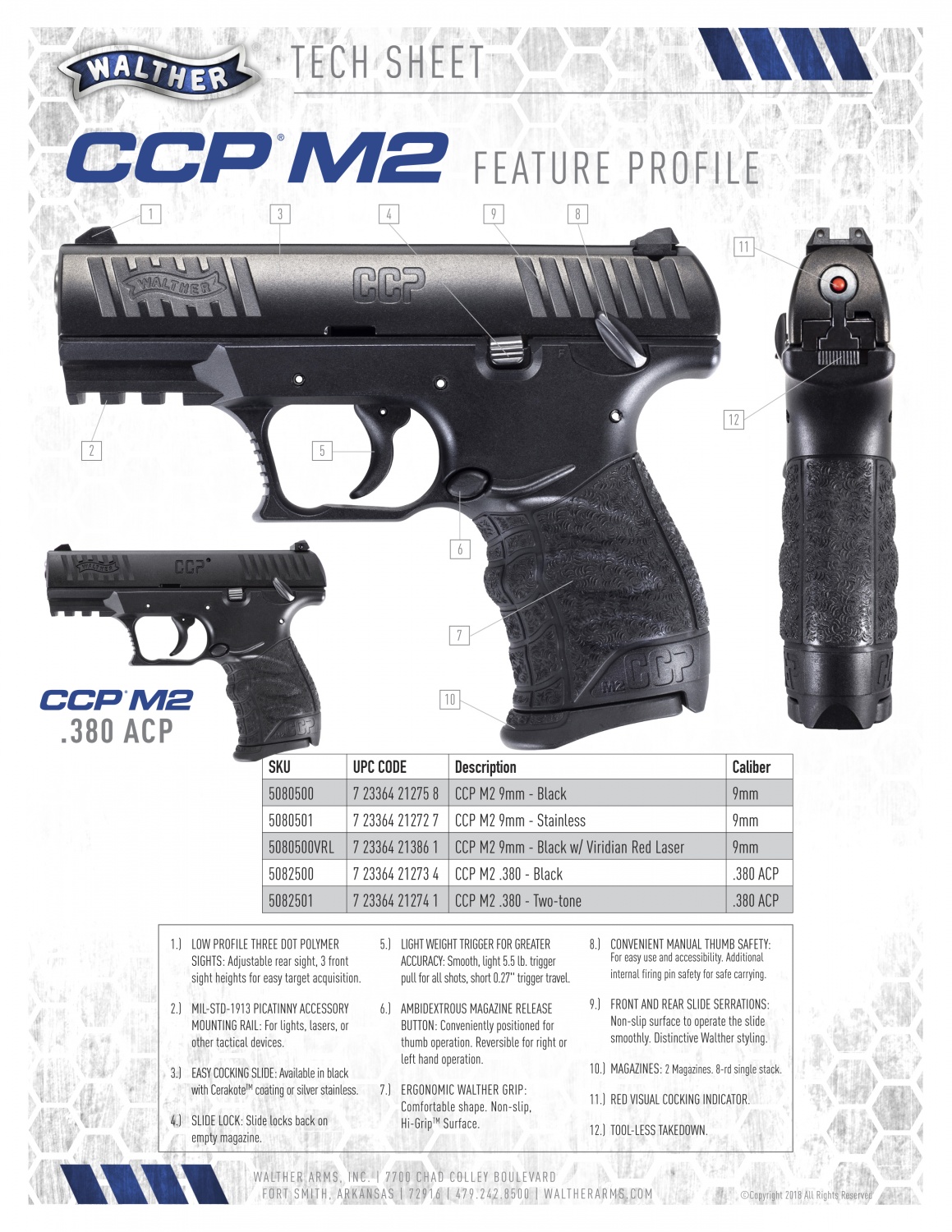 The Walther CCP M2 is the only concealed carry pistol that is any real competition for the S&W EZ series of handguns. They are perfect for new concealed carriers or those with hand strength issues, arthritis, and similar conditions. It's a reliable weapon and as the owner of the original CCP, I can say this is an excellent handgun. The 380 model just came out and made things much easier for those with weak hands and low recoil tolerance.

What do you think? Are you interested in taking the CCP M2 for a spin the next time you hit the range?