In a world where remakes and reboots are often lauded as unoriginal, one gun proves not all remakes are equal.

This time last year there was plenty of pondering about Colt bringing back the snake guns. The Cobra has done well, and numerous models had been announced but this year, we finally saw the arrival of the famed Python. 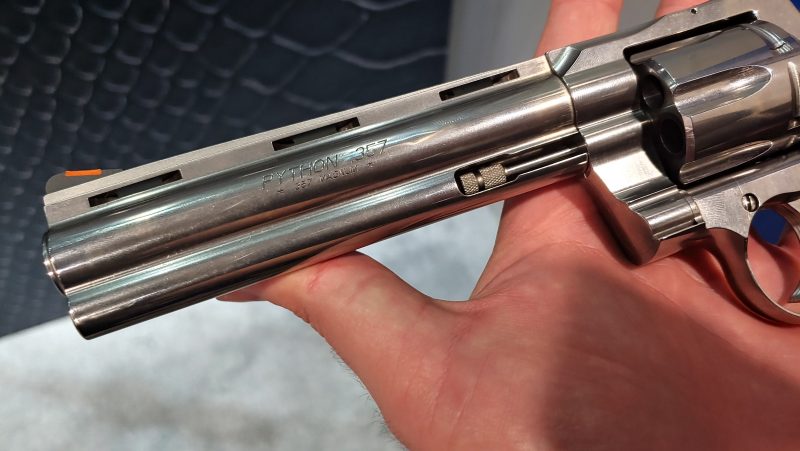 The Colt Python has long been the most desirable of the Colt Snake guns. The mix of 357 Magnum power, the distinct and aggressive looking ribbed barrel, and the oh so smooth action is back. The Python is coming out in both 4 and 6-inch barreled models and available with a nickel finish and beautiful wood grips.

Many people never thought they'd have the chance to own one of the famed Pythons, and those who owned these guns would likely rarely shoot them to avoid tarnishing their value. These new production guns give you a somewhat affordable Python that you can shoot the heels off of and have zero worries about reducing the gun's value. The Python has an MSRP of $1,499 so it's a bit pricier but if you want a Python, you can own one and that's what's known as instant equity. 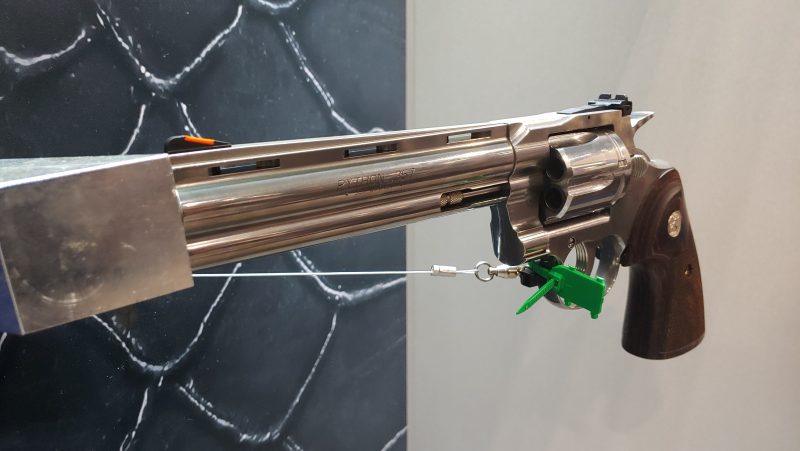 Colt took one out to the media range day and admittedly, I fell in love. The Colt Python has a brilliant double-action trigger and a light and a crisp single-action trigger. These production guns run like custom models. They are superbly accurate and I had no problems landing multiple double-action rapid-fire shots on steel targets roughly 20 yards out. If it was the 1970s, I would choose the Colt Python to be my service revolver. 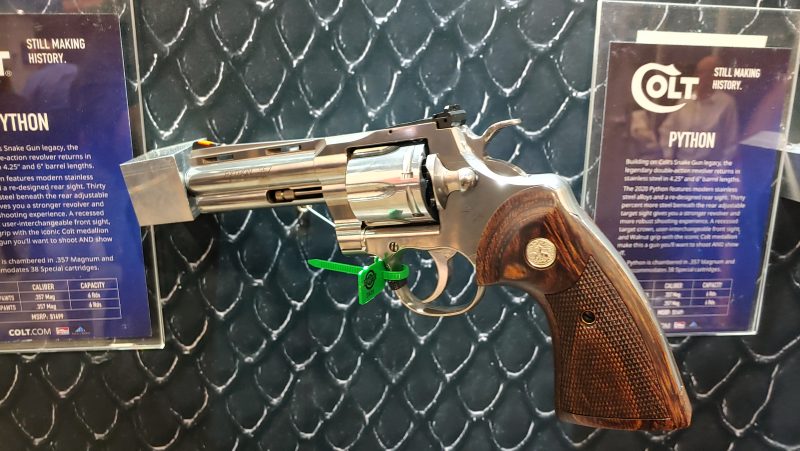 It's extremely easy to handle and the 6-inch model absorbs recoil like an absolute champ. As far as full-sized revolvers go it's hard to beat the classic looks of the Python, and after handling one of the new models I can see why people loved the gun so much and for so long.

This has been my favorite gun at SHOT Show and I can't wait to get one out to the range for a full review.