The Offset: What It's For and Why You Need It 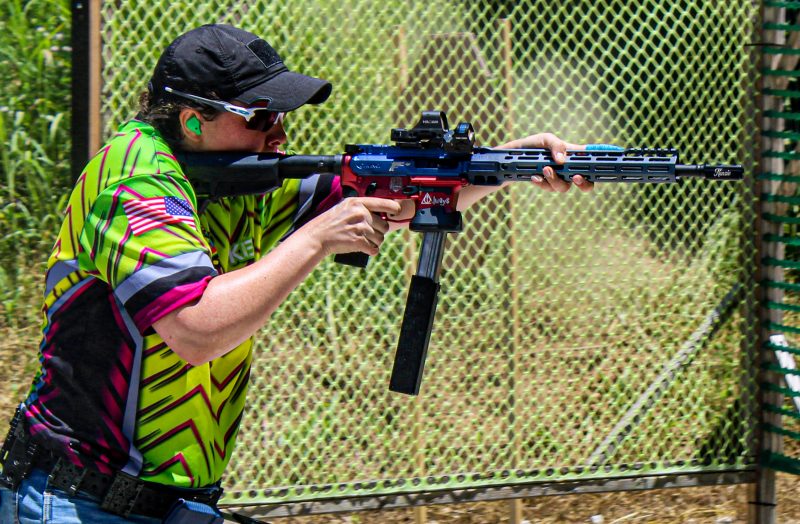 Not the same as mechanical offset, in this case, we're talking about a second sight device that can come in handy for many reasons.

If you have a self-defense rifle, a competition carbine, or a duty gun with a primary optic mounted on top, you should also have an offset red dot optic or iron sights as a backup. There are many reasons for an offset because as we know, Murphy's Law can come into play at any given time. Don't believe me? I have real-life examples of how quickly things can go wrong, but thankfully, only in a competition setting. Shooting competitions have taught me that a backup sight is a necessity, has put my gear through the ultimate test time and time again, and has helped me learn valuable lessons that one day could help me in a self-defense scenario if I needed to act quickly and defend myself.

Why Use an Offset? 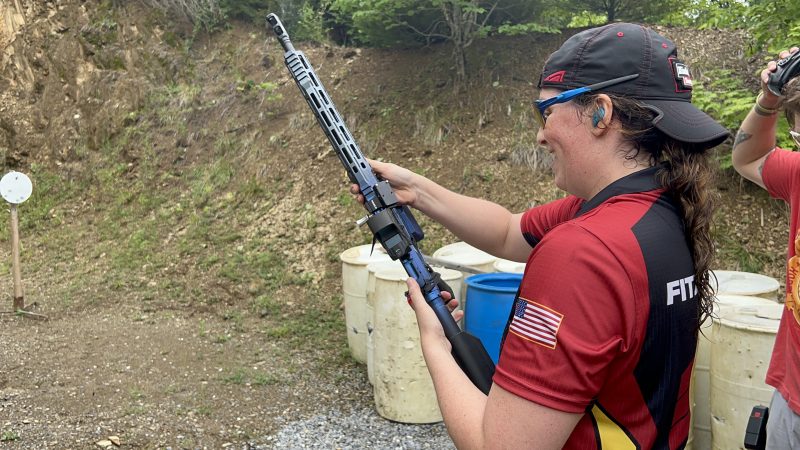 "Two is one and one is none" originated from the Navy Seals. As we know, these guys come prepared and don't mess around. The idea behind this phrase is obvious but is essentially saying that having one of something is the same as not having it at all, and having two of something will render at least one as useful. This phrase can apply to knives, guns, magazines, plans, supplies, and anything else you can think of. You can probably recall a time in your life when something broke, you didn't have a spare, and then had to stop everything to get that something fixed or buy a new one. When it comes to sights on a rifle or carbine, it's always better to have two than one.

I learned this lesson the hard way at a National level competition. I borrowed a friend's pistol caliber carbine that only had one red dot on it. In the middle of a stage, the optic went flying off the gun and I was left with absolutely nothing but a Picatinny rail to look at. Now, this wasn't my firearm, but when I finally got a few PCCs of my own, I mounted two red dots to each one. Just recently at a local competition, I had two carbines in one bag, and one of my offset red dots came off its mount due to the movement inside the soft case. You never know what will go wrong or when it will go wrong. 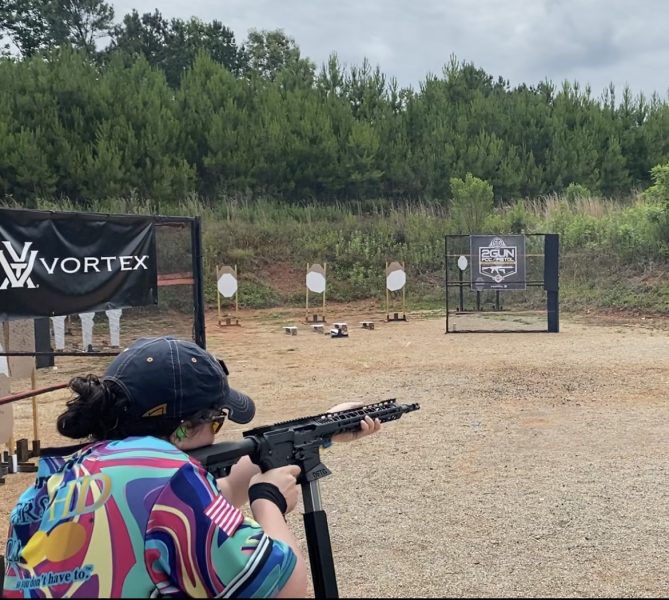 There are three types of offset "sights" that can be helpful for you to use. You can use a red dot optic, iron sights, or a laser as an offset sight for your gun. On my competition PCCs, I have one primary dot that has a very large window and a smaller red dot set at a 45-degree offset angle. My primary optic is zeroed at 25 yards since the majority of farthest shots are at this distance in the competitions I shoot. If you understand height over bore, this zero will cause my shots to be 1" to 1.5" low at close-range targets. My offset red dot is zeroed for 7 yards so when I have extremely close targets with a small scoring zone and a no-shoot on top of the target, I use my offset so I don't have to calculate how high I need to aim at these targets to not incur a penalty. 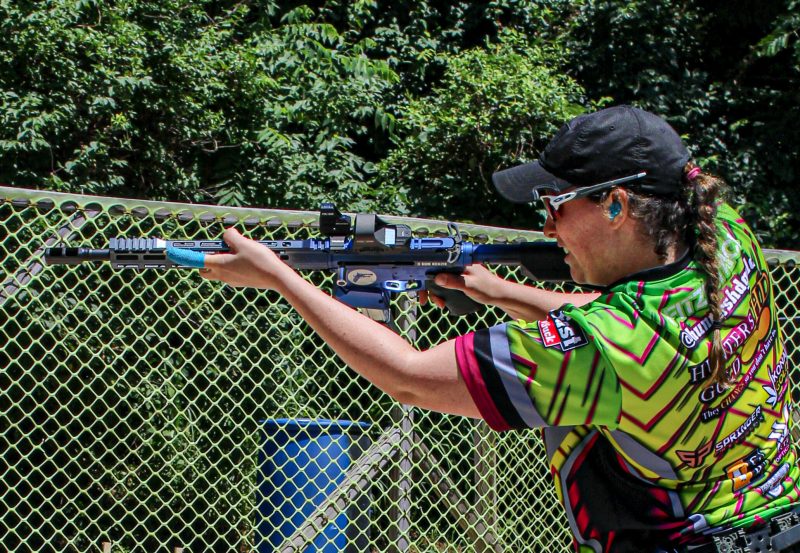 Similarly, most competitors in 3 Gun competitions use low-power variable scopes with magnification ranges of 1-6x, 1-8x, or 1-10x. Depending on the division they're shooting, it's legal to mount an offset red dot or iron sights at a 45-degree angle so they can neutralize close targets without having to look through a scope and calculate for height over bore. The other benefit to this is if you're shooting at 6x magnification and then have close targets to engage, instead of having to move the magnification ring back to 1x, which adds time, you can simply cant the gun at a 45-degree angle, and use the backup sights zeroed for close-range targets. 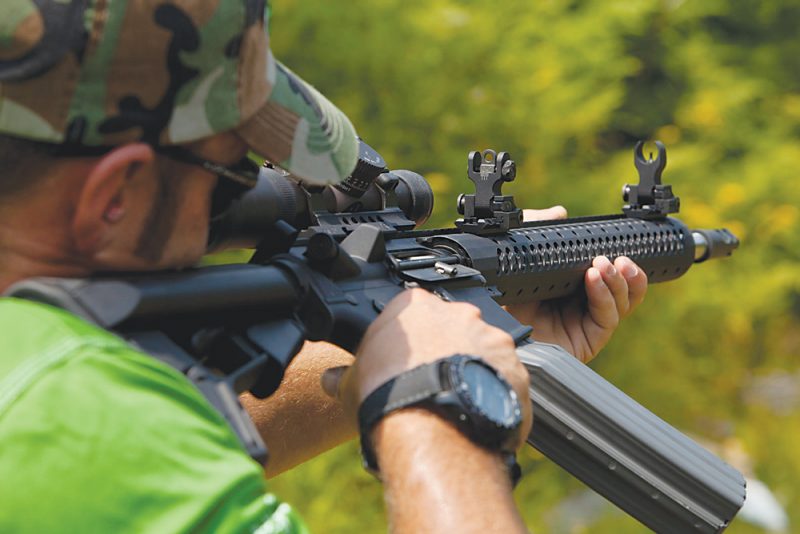 Iron sights are the most reliable sights because they are not battery operated, nor can they shift zero easily. Iron sights are battle-tested and proven to withstand any environment. The limitation with fixed iron sights is the distance you are able to see and impact targets. 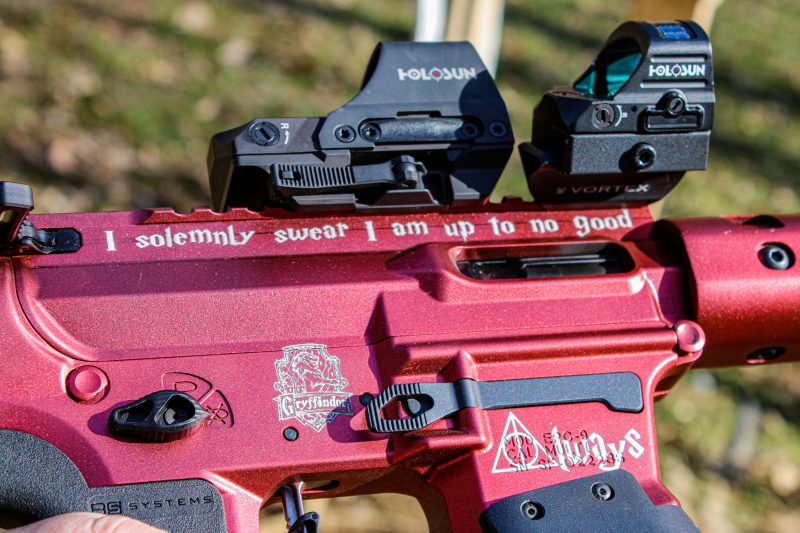 A red dot optic makes a great offset sight and a backup to whatever primary optic or sights you're using. The offset dot can be a small window with a smaller MOA reticle set as far forward on the upper so as to not get in the way of the ejection port. 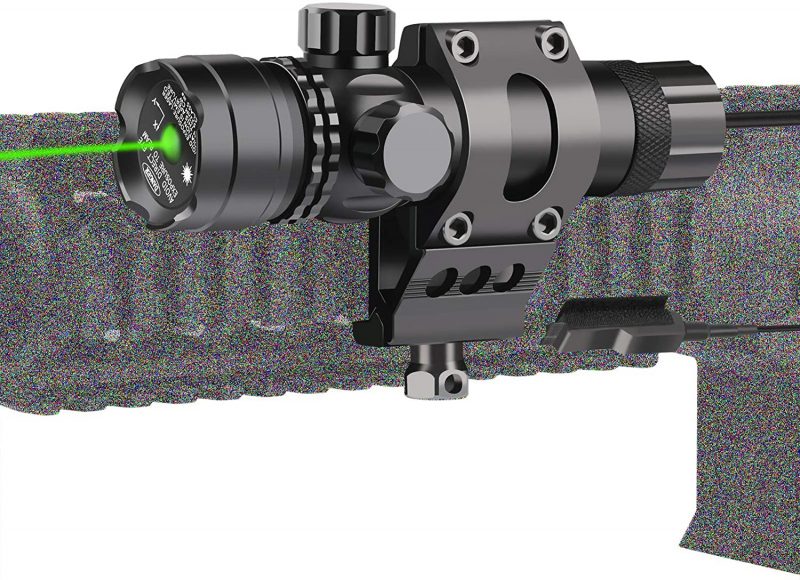 An offset laser can also be helpful in self-defense and competition scenarios. There are pressure-pad-activated lasers and grip-activated lasers as well, which can be easier to activate over a mounted offset aiming laser.

I've learned my lesson too many times the hard way to not have some sort of backup sights on all my guns. A secondary optic, laser, or backup iron sights might mean budgeting a little more than you normally would have for your next build, but it's an investment I've proven is worth it. Offset sights are a great tool to have in competition and if a self-defense scenario ever occurs.