IWB or OWB? How to Choose the Right Holster Type For Your Situation 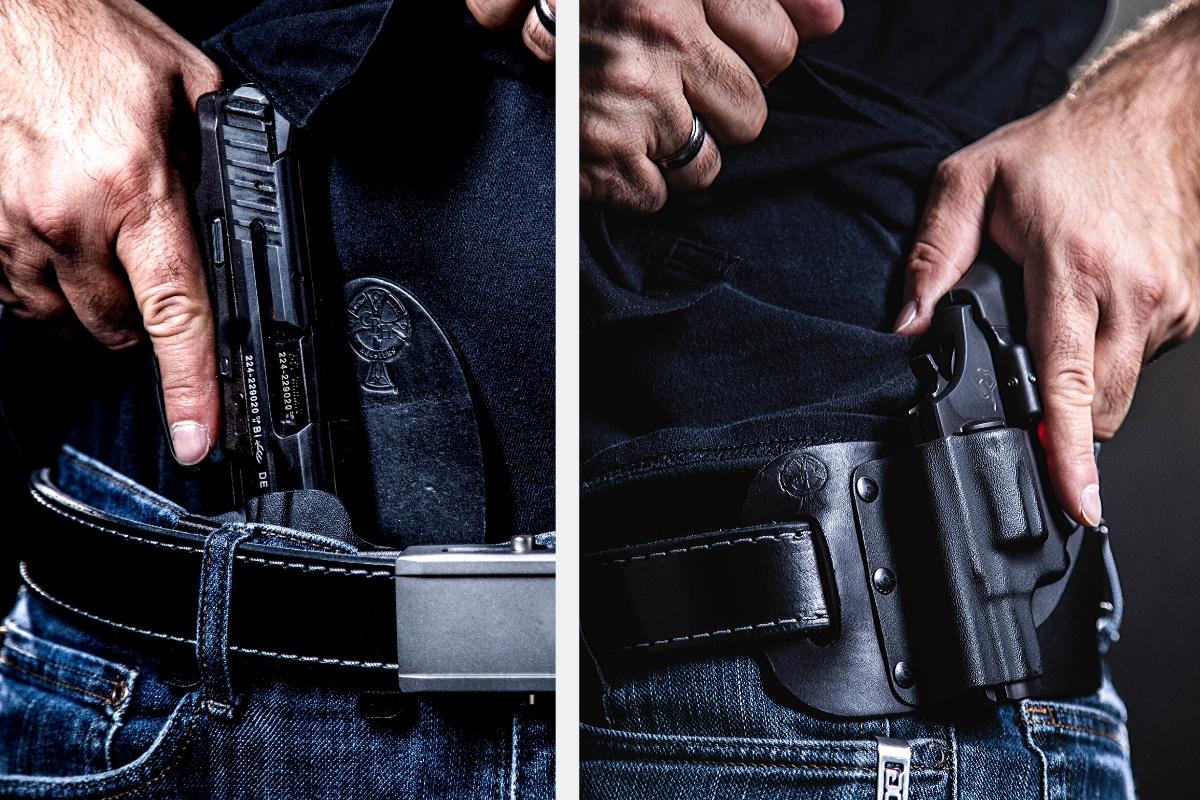 We tackle the classic carry dilemma: IWB or OWB?

Do you carry with the gun on the outside of the waistband (OWB), where it’s super comfortable but could print, or inside the waistband (IWB) where it's concealed? How do you decide?

Typically, it depends on where you are and what you're doing.

Here are a few tips to help determine which way is best for different situations:

As the old adage goes “If they know you’re concealing, you’re doing it wrong.”

The point of concealed carry is to keep the gun hidden until you need to use it. Obviously, an IWB holster and small gun are easier to conceal. That’s a no-brainer, but that doesn’t mean you can’t conceal an OWB and a full-sized gun. It just takes a little extra thought and a little extra clothing. 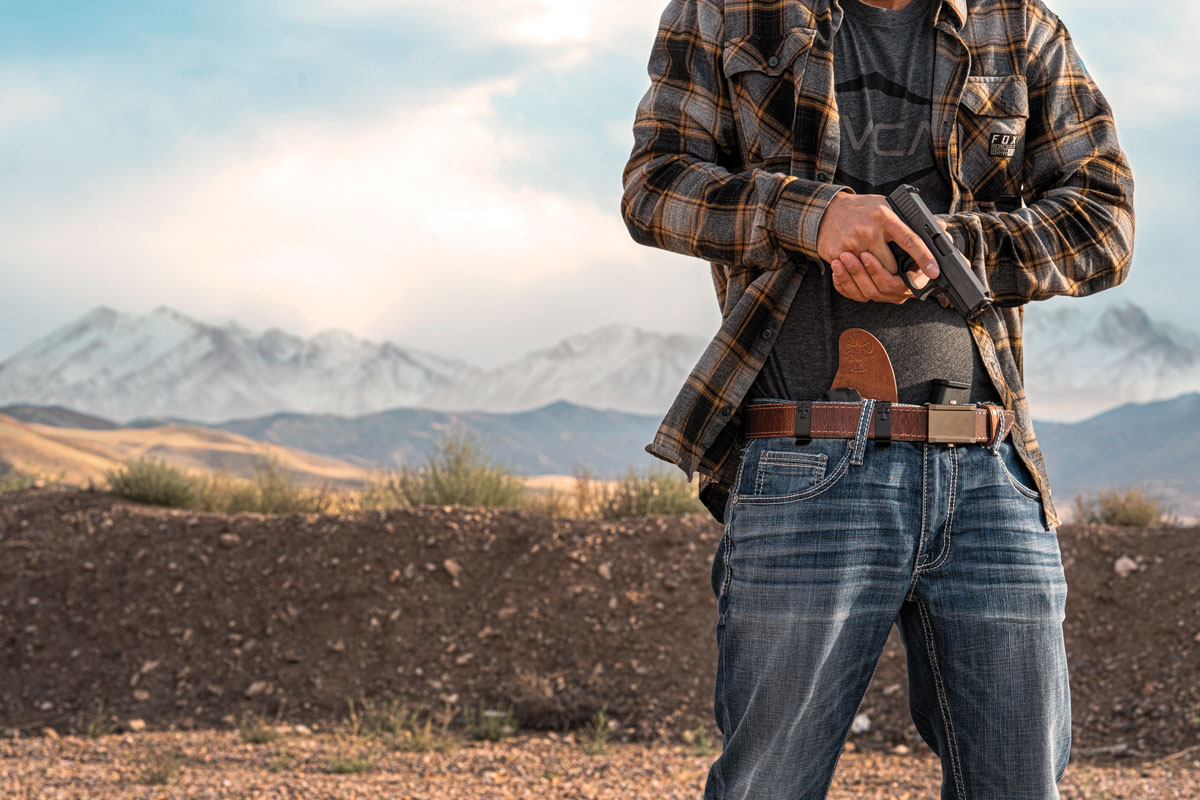 Seasonality dictates a certain amount of this, as it’s easier to conceal an OWB setup under a jacket or coat. Colder weather offers a completely new level of concealed carry options that do not exist in the warmer months. Unless you live in Florida or parts of the Southwest, your wardrobe likely changes as the temperature drops, allowing the addition of layers that would not be appropriate in the summer heat.

While layering up for concealed carry in the winter does allow for some advantages, it also introduces some challenges. First, the good news. In the summer, smaller is the name of the CCW game. With only a tee or other light shirt covering your gun, you are probably carrying a smaller weapon that is easier to conceal since there isn’t as much material to reduce printing. All of that changes when you throw on a jacket or coat. Not only you can more easily conceal your summer gun, but the added layers also let you up the ante a bit and carry a full-size gun. You might even carry it OWB, so long as your outerwear is long enough to cover the bottom of the holster.

But that does mean you can’t do it in the summer. A lightweight summer-appropriate shirt with a bit of extra length might cover the bottom of the OWB holster just fine. If you prefer t-shirts, you’re probably better off going the IWB route, since most tees are not long enough to hide the OWB.

Obviously, if you are open carrying at the range or wherever, then OWB is the way to go. An IWB holster open carried just looks silly.

Wearing the holster on the outside is almost always more comfortable than jamming a gun inside your waistband. However, thanks to extensive use of leather and polypropylene backers on a lot of popular IWB holsters, you can wear a gun inside the belt comfortably all day long and almost forget you have it on. Even some straight kydex holsters are molded with comfort in mind and virtually disappear against your hip or appendix.

Speaking of hips and appendices, where you carry dictates a great deal about the comfort level. Strongside hip is often the preferred method for those with a little most, shall we say, girth that would prevent them from carrying in front. The reality of appendix carry is it’s mostly for skinny folks. It just is. But even if you’re slim and trim, you might get squeamish with the thought of a loaded gun pointing at your junk or a few key arteries that you need to sustain life. Plus, the barrel can gouge your upper thigh when you sit.

Wherever you carry IWB or OWB, it's important to be consistent with your methods. The last thing you need in a life-or-death situation is to reach for your gun and it’s not there because you alternate carry positions and today it’s in the other one. Gunfights last seconds, not minutes like in the movies. That split-second hesitation as you grope for the gun that is supposed to be there could cost you the fight and your life or the life of the person you’re protecting. Carry it the same way every time and then practice your draw and clearing cover garments on a regular basis so it becomes second nature. 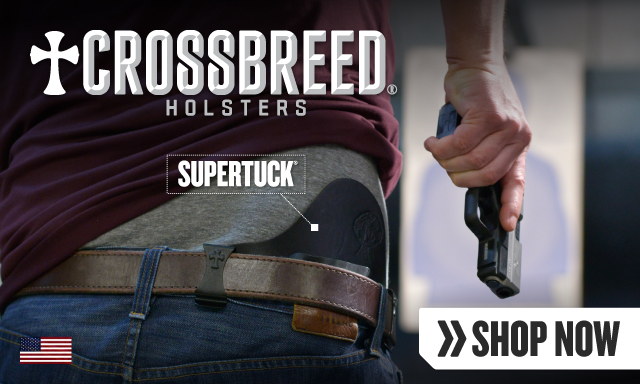 What do you think? Do you have a personal preference of wearing your holster that works year-round? If not, how do you decide when to switch it up?