Carrying a Firearm Requires a High-Quality Belt. Here's What to Look For in a Gun Belt: 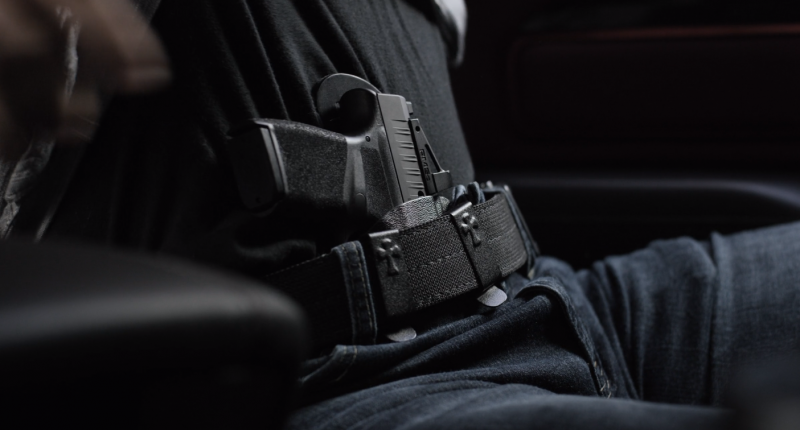 Like the foundation of a house, a high-quality gun belt can make all the difference in your EDC setup!

From the earliest days of the Wild West, nobody has devised a better way to carry a gun on the waist than in a holster attached to a belt. Although materials and styles have changed over the years, the basic pairing remains. Regardless of whether you carry IWB or OWB, there are critical considerations when choosing the right belt.

Guns – even small guns – are heavy. A full-size unloaded polymer-framed gun averages about a pound. Add bullets to it and it can top out close to two pounds. All-metal guns such as the classic 1911 can weigh even more. Throw on an extra mag in a mag pouch and we’re talking about a heavy load to carry around all day. While two pounds might not sound heavy, it’s more than enough to weigh down the average leather or nylon belt to the point where the belt (and your pants – yikes!) sags. What are you, a gangsta? 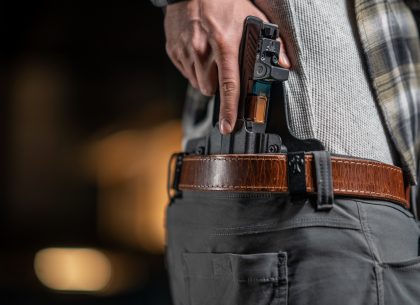 While there are a few exotic materials for gun belts, most of them are made from leather, nylon, or both. But they can’t be just any leather or nylon. Most belts that you’ll find at your nearby retailer aren’t strong enough. The belt needs to be stiff enough to not lose its form throughout a full day of carrying. Dedicated gun belts are purpose-built to hold the extra weight and prevent the belt from twisting. Some of them are extra-thick while others contain a steel or polymer/Kydex insert between the leather layers for added stiffness. The biggest advantage of a leather gun belt for concealed carry is that it looks like a normal belt, so you won’t stand as the gun guy.

Casual nylon belts are usually not strong enough to support the weight. However, a good, thick nylon belt typically designed for tactical use will be strong enough to stand up to the strain. The drawback to a nylon belt is how it stands out in everyday life. It will fit right in on the range but could look out of place on the street, thus losing your tactical edge.

Gun belts serve a specific purpose and are asked to carry an extra load. They need to be thicker than an off-the-shelf belt from the local clothing store. This extra thickness improves the load-bearing performance of the leather or nylon.

Wearing a thinner belt might allow the holster to accidentally slide around on the belt – possibly out of reach – or come up and off the belt on a draw, creating a very dangerous situation. A purpose-built gun belt will reduce the chances of this happening.

The buckle is the lynchpin of the entire belt. Scrimp on it and you’ll be sorry, as your gun drags your pants down. There are four common buckle styles for most tactical belts:

Whatever kind or brand of belt you do choose as the foundation for your everyday carry setup, test it with your normal setup to be sure it will serve its purpose and keep your firearm secure and in position. 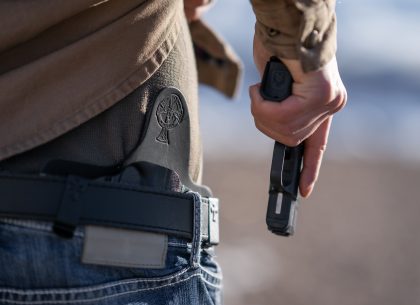 What type of gun belt do you use? What do you like best about it? Is there anything you look for in a gun belt that you haven't been able to find? Sound off in the comments below, we want to hear from you!

David Workman is an avid gun guy and a contributing writer to several major gun publications.

In addition to being an NRA-certified RSO, David trains new shooters on basic handgun skills and CCW requirements and is a strong advocate for training as much as you possibly can.