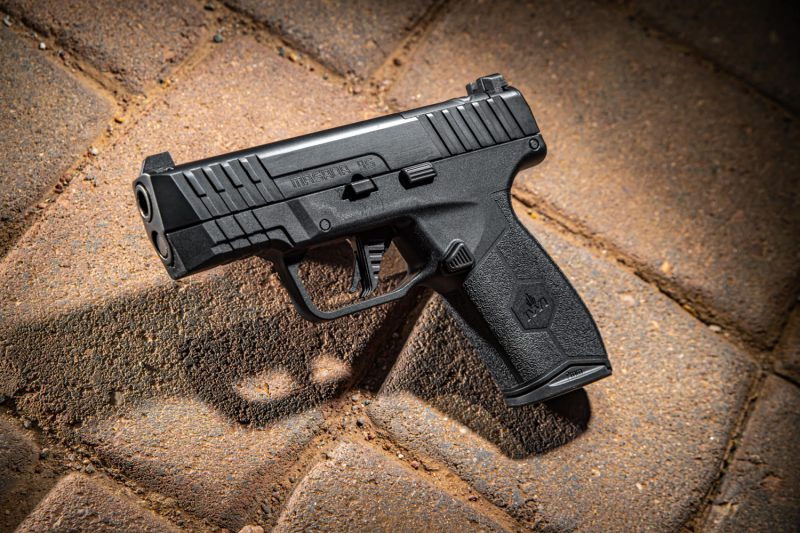 Here are some of the best new handguns featured at the 2022 NRA Annual Meeting.

The National Rifle Association Annual Meeting, aka NRAAM, is an event hosted by the NRA annually and is open to any NRA member. It's like SHOT Show, but it's open to the public. Tons of vendors gather together to show off their wares, and gun companies often use the meeting to announce new products. With that in mind, we've gathered what we think are the best new handguns of NRAAM.

The Beretta M9 series might seem old school these days, but Beretta has continually pushed the platform forward. Admittedly I love the M9 and even carried one as a Marine. I'm a huge fan of Beretta's continual evolution of the series. While the M9A4 got announced last year, NRAAM gave us our first hands-on experience with the new platform. 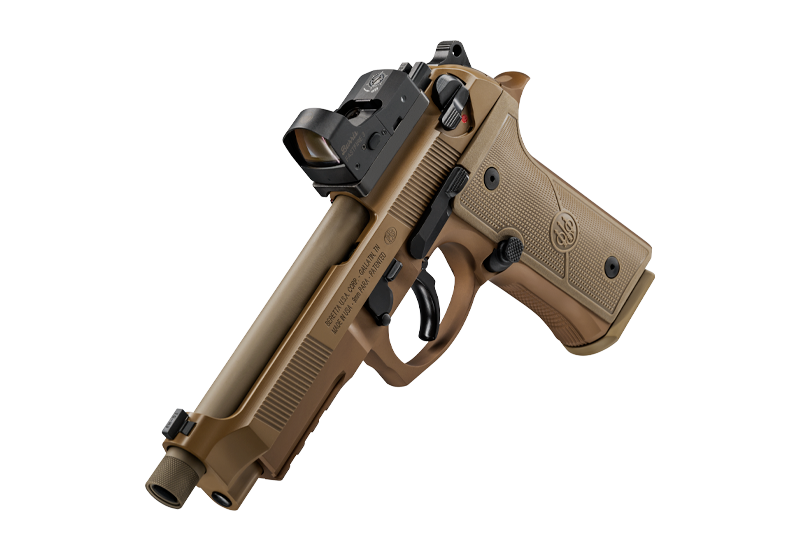 The M9A4 takes the M9A3 with its thinner, more vertical grips, rail system, threaded barrel, and replaceable front sights and steps it up one more notch with optics compatibility. A simple fix means we can finally toss on optics on the M9 while still using the M9A3 holsters, accessories, magazines, and parts.

IWI's Masada is one of the most underrated firearms on the market, and IWI has now given us a more compact variant of the handgun with the Masada Slim. The Masada Slim falls into the micro compact family of firearms, much like the SIG P365 and Springfield Hellcat. This little pistol provides a slim, compact firearm with a 13-round magazine. 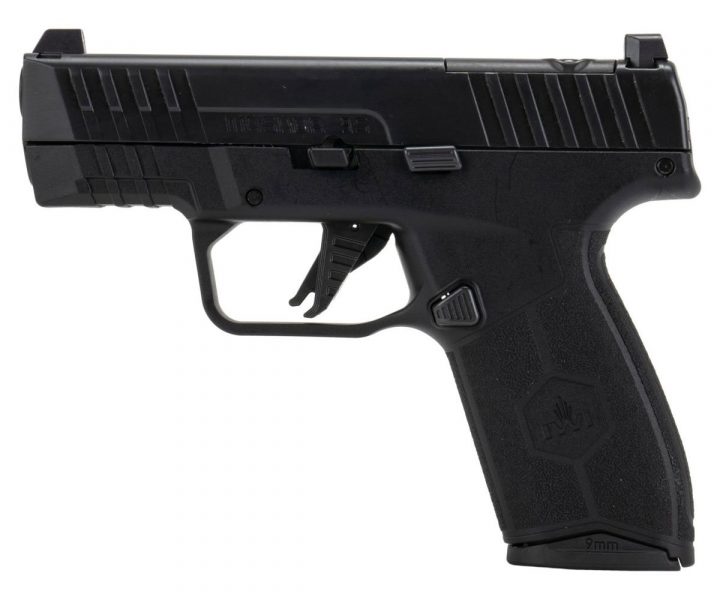 The Slim embraces a nice flat trigger and even comes cut for optics with the Shield RMS cut. This means optics like the Holosun 507K, the Shield RMSc, and SIG ROMEOZERO are all applicable options. The Masada Slim was a nice announcement to see at NRAAM, and I'm hoping one finds its way into my holster sooner than later.

Taurus is a budget brand and has long provided shooters with revolvers and automatics that don't break the bank. The latest, the 856 Executive, is an interesting change. They've gone back to the drawing board to produce a high-quality, high-end revolver at a higher price point than most. Price-wise it's right up there with Ruger and S&W but packs a number of interesting custom features. 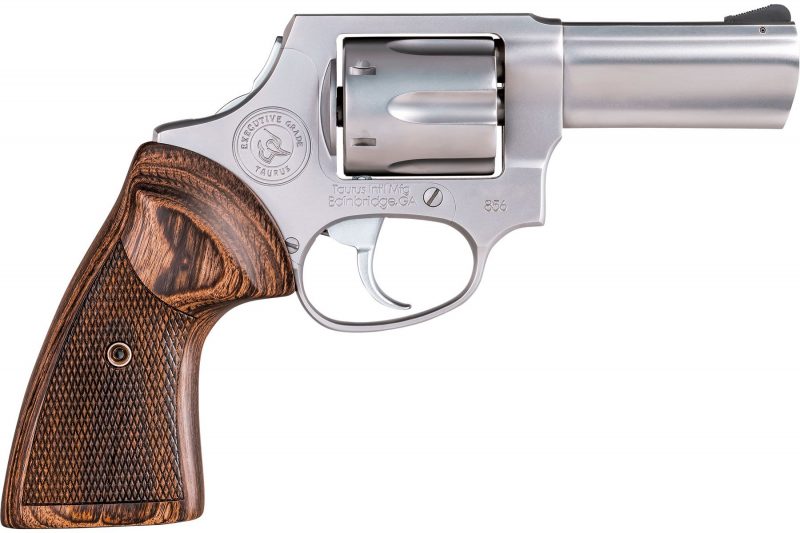 It might be one of the most surprising announcements from NRAAM. The 856 Executive is a compact .38 Special with a 3-inch barrel and a bobbed hammer. The cylinder holds six rounds of ammo, so it's no J frame snub nose. Instead, we get a beautiful stainless gun with wonderful wood grips, a flat barrel profile, and an outstanding trigger. I need to get one in hand to really test, but it has me excited.

Walther pulled out a weird one at NRAAM in the form of the WMP. WMP stands for Walther Magnum Pistol, and this semi-auto .22 Magnum resembles something between a PPQ and PDP. It's a blowback-operated weapon that holds 15 rounds of .22 WMR. Its optic's ready and comes with a Walther-worthy trigger installed and ready for action. 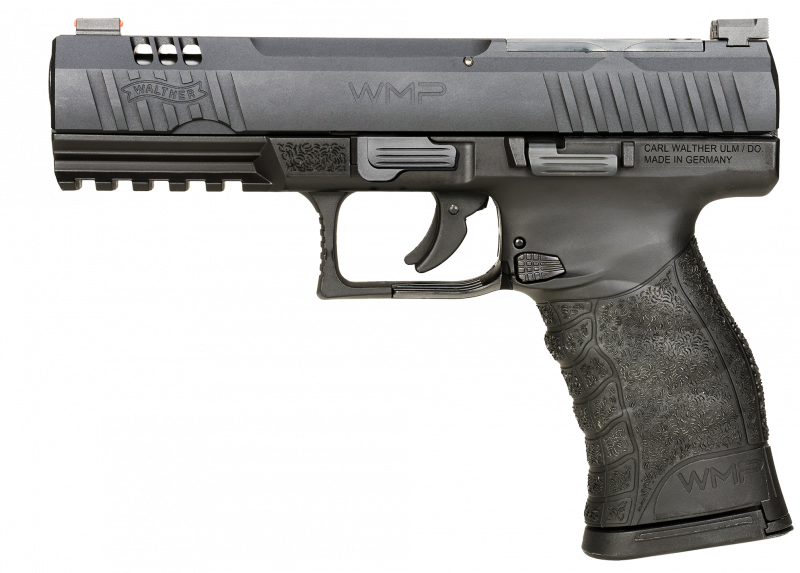 The WMP features four means to release the magazine, including Walther's trigger guard mag release and an ambidextrous button release. Walther produced a very interesting design that was a nice surprise. It'd be a great outdoor pistol or even a defensive option for those who require something with the lowest recoil possible.

The FN 509 might not have won the Army's MHS contest, but it's been a big hit with the police and civilian market. In response to that, the FN 509 Midsize grants you a compact variant of the FN 509 that comes with all the awesome features the 509 packs. This includes an unbeatable grip texture, excellent ergonomics, and an awesome trigger. 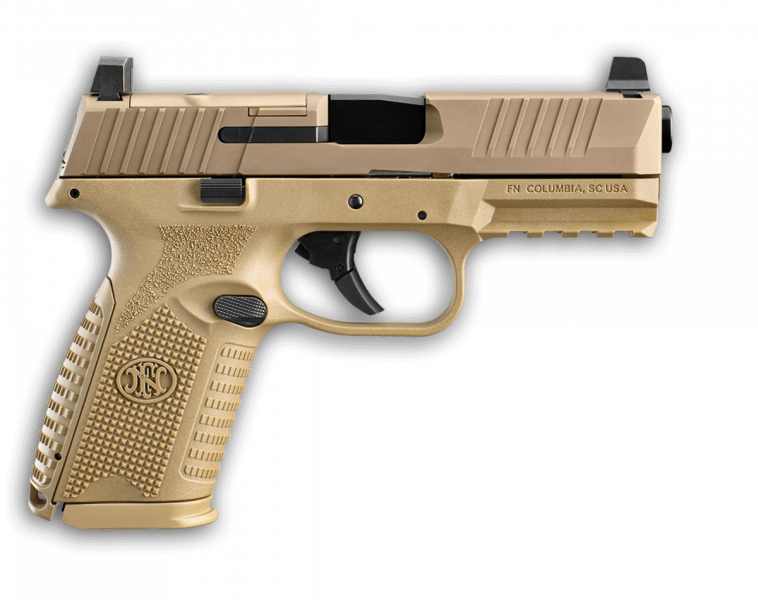 This slightly smaller FN 509 will be excellent for concealed carry and still rocks for home defense. It's small enough to conceal but big enough to easily shoot. Toss a light on and 24-round FN 509 mag, and boom, you've got a great home defense weapon. Strip it down with a 15-round mag, and it'll hide under your shirt without complaint.

CZ recently purchased Colt, and the first launch in a post-CZ ownership world comes in the form of the Colt King Cobra Target. This fanciful snake gun is a .22 LR revolver that looks like a million bucks. The cylinder holds an impressive ten rounds of ammo and looks 100% like a Colt snake gun.

We get that beautiful rib across the top, a big heavy-looking barrel, adjustable sights, and big rubber grips. Colt will produce the gun with a 4 and 6-inch barrel for shooters. It's an interesting addition to the Colt revolver lineup and a rather surprising one. I can't wait to see these guns hit stores cause I think I need one for my fanciful plinking purposes.

NRAAM is a great way to see what's new and what's coming and even get hands-on with firearms before they hit stores. The open nature of the meeting makes it much more accessible than SHOT and a bit more laid back. It's worth trying if you're an NRA member, and honestly can often be worth joining the NRA. These are my favorite handguns from NRAAM, but did I miss any?