The Kolb Mini Baby Hammerless - Blast from the Past 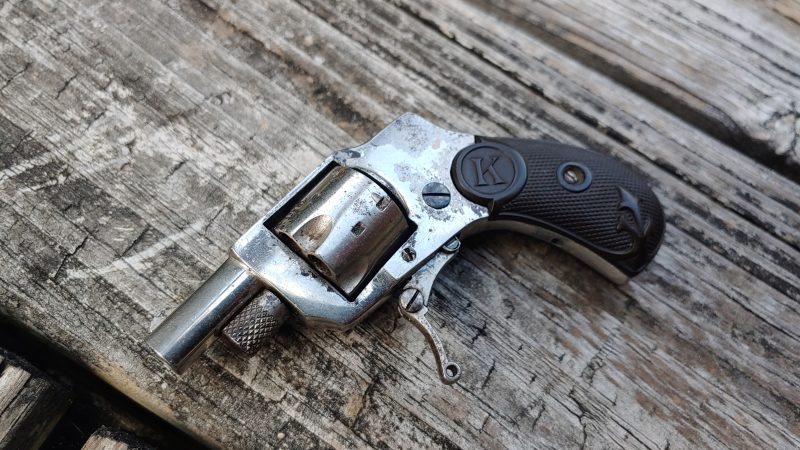 Concealed carry has changed a lot over the years. Travis takes us back to a bygone era with an old Kolb Mini.

Concealed carry, as we have it today, is a rather new advent. While its existed since guns have existed, there wasn't necessarily a huge industry to support them. It's always interesting to see guns from history that were specifically designed to be carried with ease. Today we are looking at a gun designed with the intent to be carried concealed, and it comes from 1910. It's known as the Kolb Baby Hammerless, specifically the Small Frame First Model.

In 1910 it's probably safe to say that the Kolb Baby Hammerless was likely the smallest repeating firearm ever produced. Sure there were derringers, but they even tended to be longer than the Kolb guns. Colt had the Browning-invented 1908 Vest Pocket pistol, but it was much larger than the Kolb.

This little revolver is only 4.125 inches long overall, with a width of .825 inches and a height of three inches. The barrel is 1 ⅜ inches long. It's a micro-sized gun that is what I describe as adorable. You can certainly see why they would call it a Mini Baby Hammerless. These guns came in a few different calibers, including .22LR and 32 S&W Short. However, the Small Frame First Model came in .22 Short. 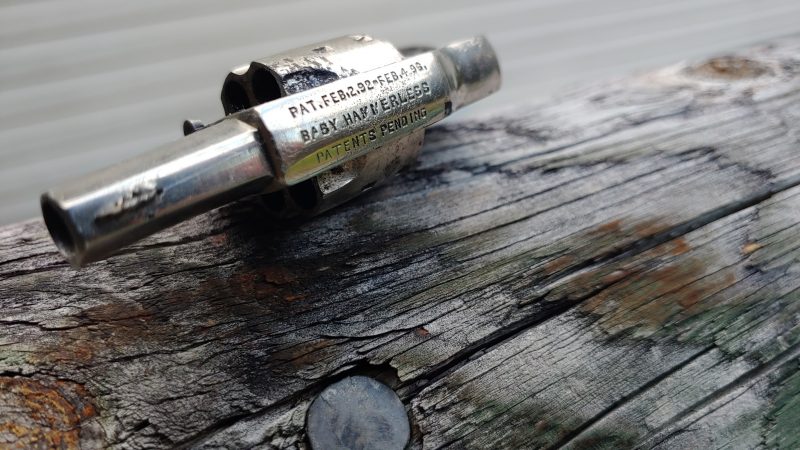 With this being such a small gun, it's not hard to see why they were popular. Gentlemen and even ladies of the era could drop one in their pocket and have something to deal with ruffians of all types. They didn't take effort o carry, and at this time period, it bears mentioning that holsters weren't designed with concealment in mind.

Vest pistols were called vest pistols because they dropped in the pocket of your vest, and that was it. There weren't a ton of high-quality and awesome holsters out there to make concealing your favorite gun easy. These guns and their small size were a bit of a requirement.

Breaking down the Kolb Baby Hammerless

The Kolb Baby Hammerless looks a bit like an NAA revolver, right? NAA currently rules the teeny tiny gun market. The biggest difference between the Kol and the NAA guns is the fact that the Kolb is a double-action design. The NAA guns get to be ultra-small, and they are single-action guns that lack a trigger guard to make the size of the gun small. If it was a double action, there would be an inherent safety concern without a trigger guard. 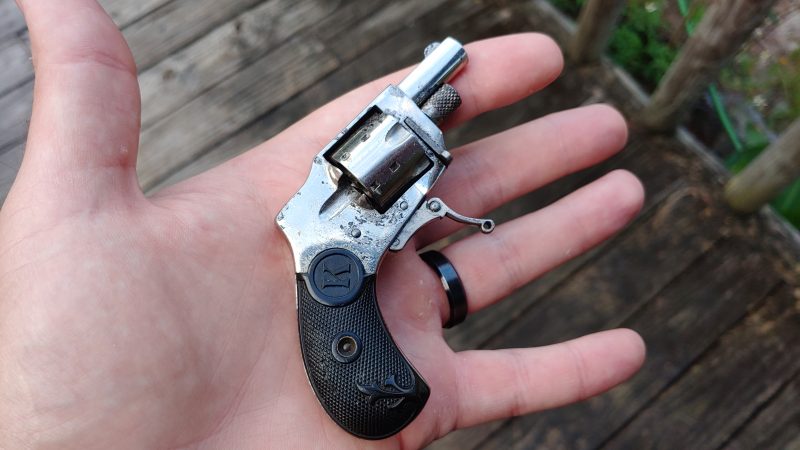 Kolb dealt with this concern by using a folding trigger. The trigger folds up and forwards and out of the way. This makes the gun smaller and largely eliminates safety concerns. I wouldn't carry the Kolb for several reasons, and I would never carry a gun without a holster, so the folding trigger isn't a mainstream advantage in 2022. That double-action trigger is a bit of an advantage in terms of your rate of fire. 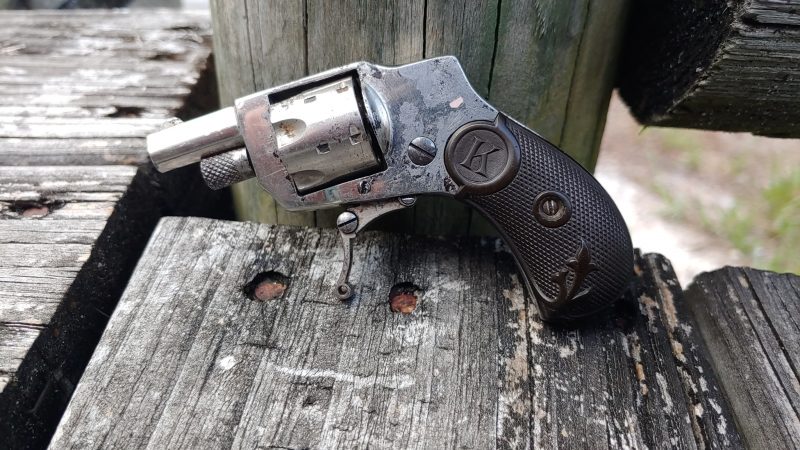 Taking the Kolb to the range is always an interesting event. Finding .22 Short can be tough as it's not a popular caliber these days. Luckily it can be done, and I grabbed some CCI .22 Short. If you want the definition of anemic, then I'd show you .22 Short. This CCI is supposedly 1,105 feet per second. From a rifle, I'd buy that, but from the Kolb's micro barrel, it's likely much slower.

It's pushing a 27-grain projectile, so it's no powerhouse. From the Kolb, it's a loud noisemaker. I doubt it has great terminal ballistics, but it's kind of fun to shoot. Your finger sits right at the gap between the cylinder and barrel, so it gets a little spicey. It doesn't hurt, but your finger will be black. 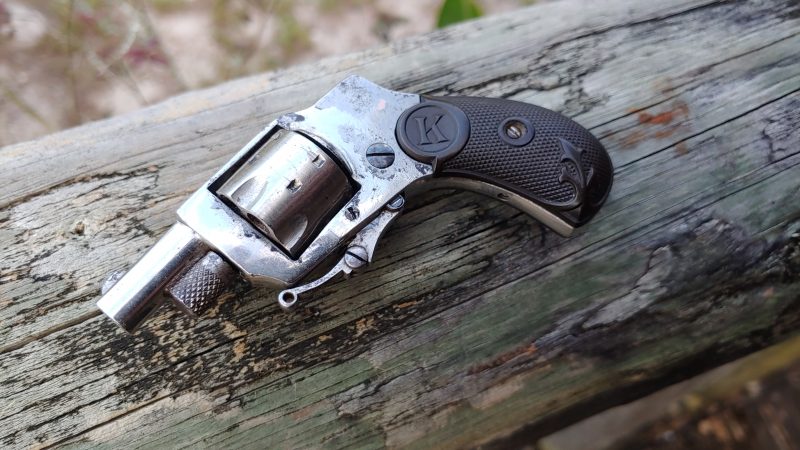 The trigger is heavy but surprisingly short. The sight is, well, it's a sight, but this is more of a point-and-shoot affair. Measuring accuracy isn't something that's necessary here. You can hit a bad guy-sized person at close range, but you won't split playing cards with the gun.

The Kolb Baby Hammerless is a neat oddity and a cool part of a time period most of us have little to no experience in. While it's neat, I think I'll stick to my P365 for daily carry.