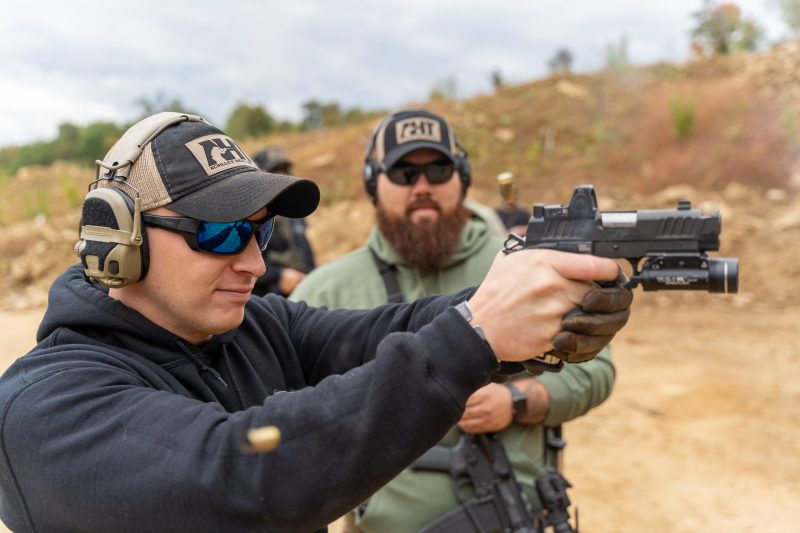 "Handgun" sounds like it should be a pretty simple term, but you’d be surprised what encapsulates a handgun.

The common sense definition of a handgun differs from the legal definition, at least in the United States. Any weapon with a barrel shorter than 16 inches, lacks a stock, and is designed to be fired with one hand is a handgun. This leads us to your normal handguns -- your Glock 19s, and your S&W Model 686s -- and then we have your AR pistols. Today, we are going to explore both standard handguns and AR pistols and compare and contrast the two.

AR pistols are interesting weapons. They fall into a category of firearms most often referred to as large format pistols. These large format pistols are often derived from rifles but feature a barrel shorter than 16 inches. In the United States, if you have a AR 15 with a barrel shorter than 16 inches and wears a stock, it’s a short-barreled rifle. These require an ATF tax stamp to legally own. 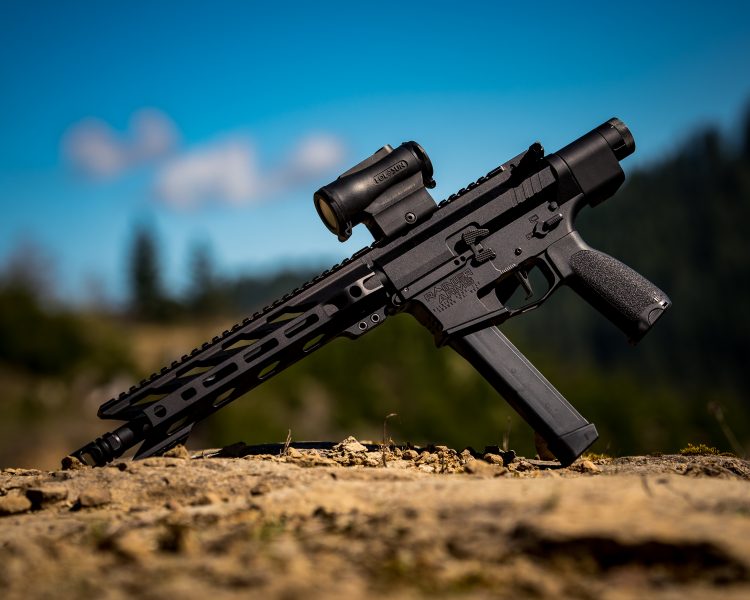 An AR pistol lacks a stock and, therefore, can be classified as a handgun. This allows AR-15 owners who want a barrel shorter than 16 inches to avoid dealing with the ATF and paying two hundred dollars for a tax stamp. AR pistols can come in standard pistol calibers like 9mm, 40 S&W, and more. On the flip side, they also come in rifle calibers like 5.56 and 300 Blackout. 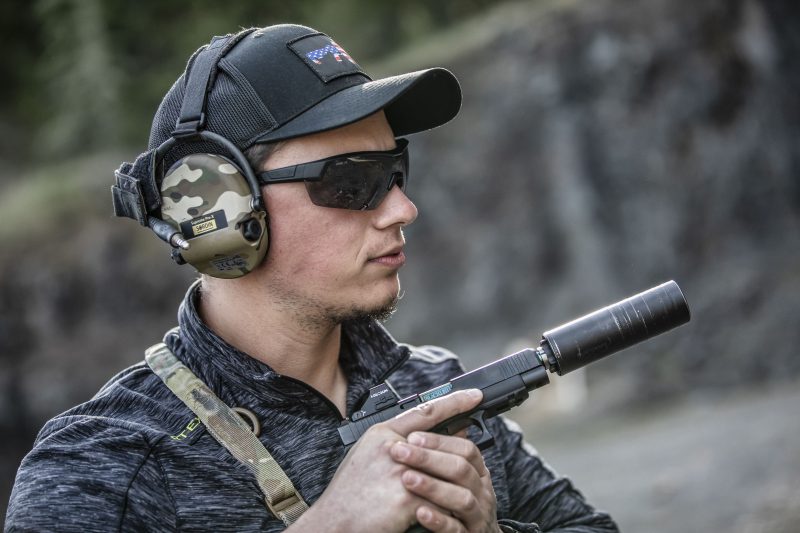 What They Have in Common

Looking at the two, they don’t seem to have much in common. One is massive and resembles a rifle, and the other is a pretty standard handgun. Even with that said, they can still have a fair bit in common. Semi-auto handguns are magazine fed, and so are AR pistols. The semi-auto action of semi-auto handguns and AR 15 pistols put them in the same classification. 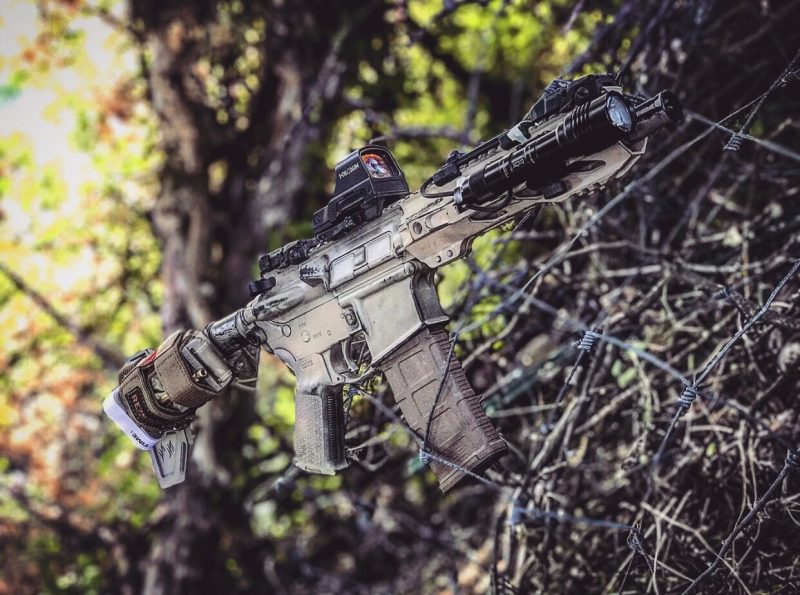 Legally both of these are handguns, so the laws surrounding handguns apply to both. This includes waiting periods, age restrictions, storage laws regarding traveling with weapons, and more.

Size is going to be the biggest difference. Even the smallest AR pistol would be impossible to conceal. An AR pistol in a micro caliber like .22LR is still AR sized and would not be at home on your hip in a holster. Your standard handgun comes in several different sizes, from the classic duty-style pistol to the micro pocket pistol.

Standard handguns will be much lighter weight and very easy to fire one-handed. AR pistols are a fair bit heavier, and firing with a single hand is difficult. The balance of an AR pistol is a bit front-heavy, and a handgun tends to be more balanced.

They will also be drastically different in how they operate. While both can be semi-automatic, an AR pistol will traditionally utilize a direct impingement gas operating system. A handgun will typically use a short recoil design in a semi-auto pistol. A revolver will be manually operated and will function based on the trigger pull or function of the hammer.

A standard handgun will position the magazine inside the pistol grip in most configurations, and an AR pistol will have the magazine forward of the trigger. AR pistols will still feature a fairly long handguard with room for mounting a variety of accessories. A flat top upper receiver also allows you to mount optics, including red dots, scopes, and prism sights of all kinds.

With handguns, mounting optics is possible, but they are traditionally either small red dots or long eye relief scopes.

An AR pistol makes for a very effective home defense tool. While they are big for handguns, they are small for AR-15s. This makes these handguns very maneuverable and easy to use indoors. They are typically light and handy, especially when chambered in rifle calibers. They allow for compact and lightweight firepower.

Regular handguns are ultra-small in comparison. They can be easily carried and easily concealed. This makes them easy to carry and allows for them to be used as sidearms. Their ability to be easily fired with a single hand makes them well suited for ultra-close shooting work.

The Wonderful World of Handguns

The word handgun encapsulates a lot of different firearms, regardless of their configuration and platform. The world of large format pistols is here to stay, and they joined the ranks of traditional handguns in every legal way. They might be quite different in several different ways, but you’ll be surprised by how much they have in common.

The STNGR content team includes subject matter experts with experience in the military, law enforcement, gunsmithing, and firearm instruction. Team members collaborate on articles in order to provide the most in-depth comprehensive content from wide-ranging perspectives and experiences. The team’s goal is to help fortify the mastery of firearm skills and promote responsible gun ownership through education.

©MTC Holsters, LLC and CrossBreed Holsters Blog, 2022.
Unauthorized use and/or duplication of this material without express and written permission from this site’s author and/or owner is strictly prohibited. Excerpts and links may be used, provided that full and clear credit is given to the CrossBreed Blog with appropriate and specific direction to the original content.