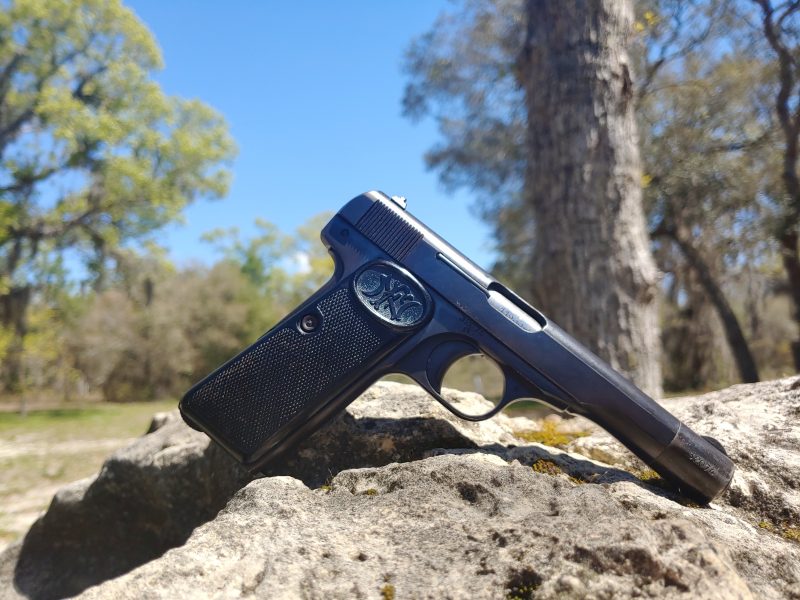 A look back at the descendant of the gun that started World War I.

Carry guns have come and gone, and they’ve changed quite a bit throughout history. I mean, compared something like the P365 to the early ‘Shopkeeper’ designs on single-action revolvers. Times, tactics, clothing, and more change, and guns, holsters, and carry methods change. Today we are taking a peek back in time to look at a classic carry gun, the FN M1922.

Not So Humble Origins of the FN M1922

The FN M1922 descends from the FN M1910. You might know the M1910 as the handgun used by Gavrilo Princip to kill the Archduke and start World War 1. Besides the famed use by the assassin, the M1910 was a popular pistol. The weapon came from a John Browning design, and so did the M1922. 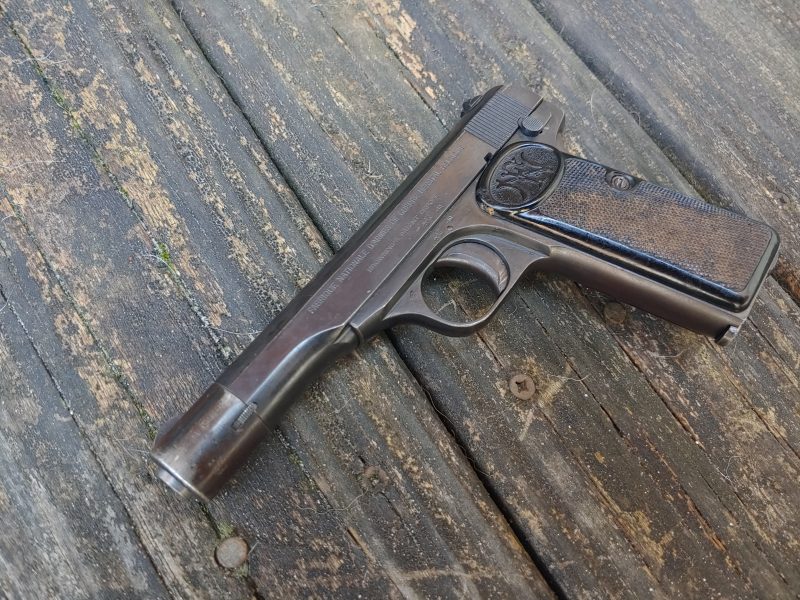 The M1910 came in 32 ACP and 380 ACP, and so did the M1922. Both of these calibers were also designed by John Browning. The M1910 was a very compact weapon, and the M1922 was an advancement in that design. They took the barrel and grip and extended both. The barrel became 4.49 inches long, and the capacity was increased by a single projectile.

The original FN M1922 was designed to fulfill a military contract. The extra length took the gun to a different level, and while larger, it’s still quite compact compared to other firearms of the time. It’s superbly thin and fires calibers that allow the weapon to remain lightweight and simple. 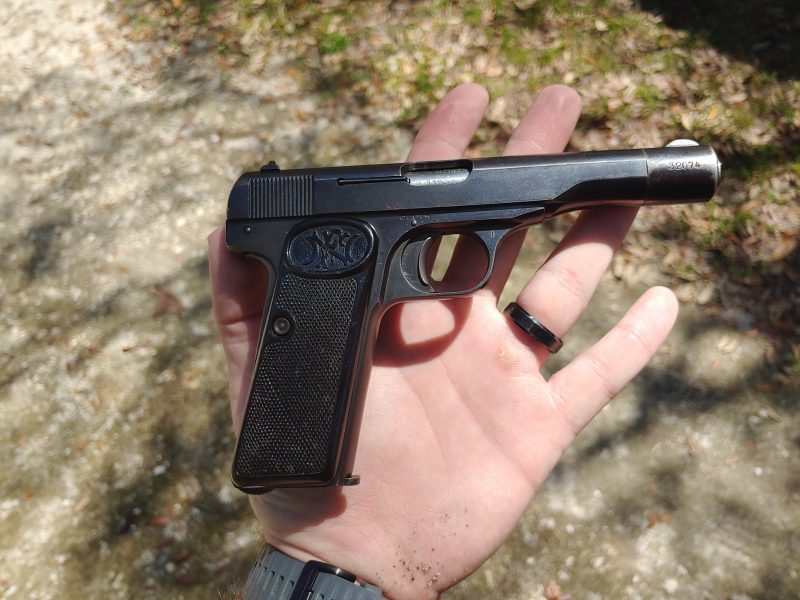 The John Browning influence is readily apparent. The weapon uses a grip safety, very much like the 1911. We also have a heel magazine release, a magazine safety, and a rather odd manual safety. The manual safety can also lock the slide, but the slide does not lock when the last round is fired. The safety is also quasi 1911 like and activates via the thumb. However, it’s superbly small and not the fastest or larger safety to quickly activate or deactivate.

The FN M1922 utilizes a simple blowback system with a recoil spring positioned around the barrel. This same design would find itself on the Walther PPK and Makarov pistols.

At the Range With a Classic

The FN M1922 handles very well. The grips are fairly thin and quite comfy in the hand. The grip’s larger enough to fit my hand, and I can get a nice high grip on the gun. The sights are a product of their time. These tiny little sights aren’t quick or fast on target. Those with aging eyes won’t appreciate them.

Heck, even when wearing shaded sunglasses, they were tough to see. Yet, when aligned properly, you’ll hit what you’re aiming at. The extra barrel length makes hitting your target fairly easy. A longer sight radius is always nice. The weapon’s trigger is okay. While short, the pull is fairly heavy and can be a little rough. 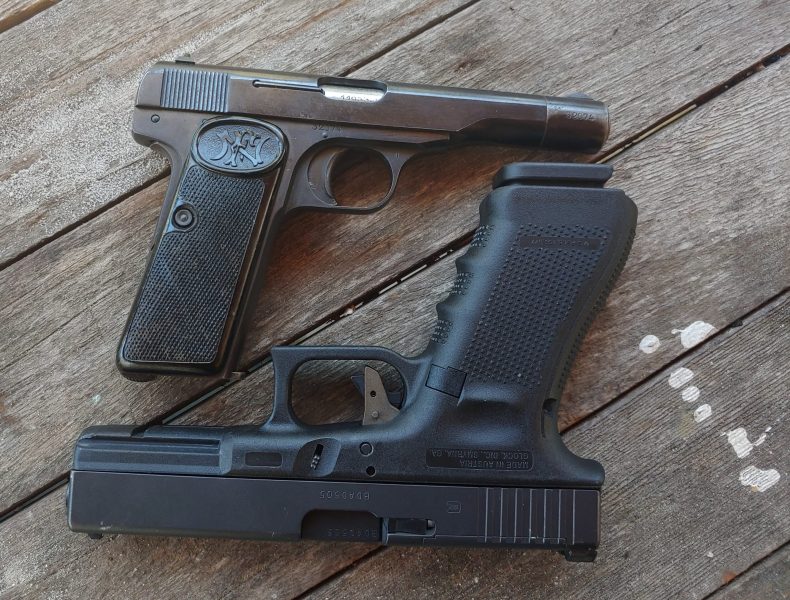 The design is a century-old at this point, and after roughly 100 rounds of 380 ACP, I’ve yet to have a malfunction. I know that 100 rounds aren’t much, but it’s an antique, and I’m not trying to stress test it. In that 100 rounds, I expected more recoil from a direct blowback gun. It’s certainly a bit rougher than most modern 380s with a short recoil system, but your hand doesn’t feel tenderized after.

A Little Piece of History

The thin and lightweight nature of the M1922 would make it a modern carry gun on par with the Glock 48 in size these days. However, back in the day, this was considered a duty pistol. These days the little M1922 guns are fairly affordable if you are looking into getting into classic firearms. 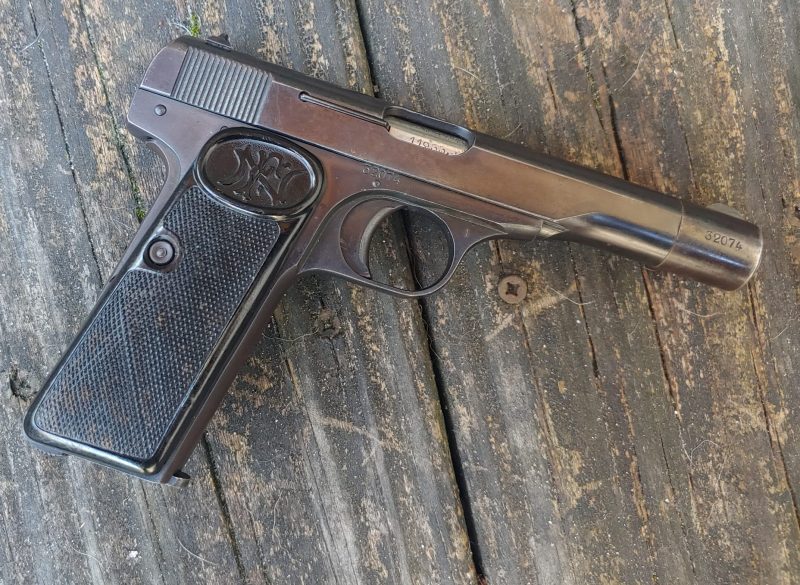 It’s a great little gun with a proven track record that doesn’t get the love it deserves. The FN M1922 is a classic carry gun designed for a European audience, but that doesn’t mean that an American can’t appreciate it.