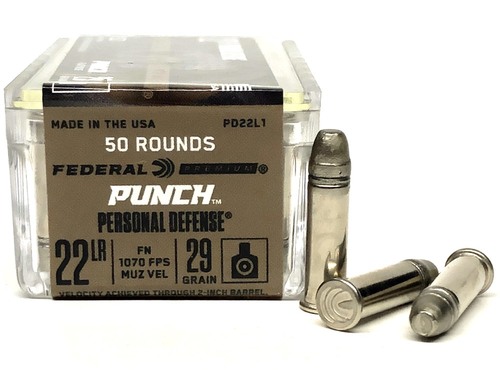 Should we discard .22LR as a viable self-defense choice? Travis takes us through why it might be a decent option in some cases.

Using .22LR for self-defense is embracing a compromise. That compromise is a smaller caliber projectile that is less likely to penetrate, expand, and take down a threat quickly. At the same time, what you gain is a weapon capable of being very small without the recoil associated with pocket-sized .380 ACPs and 9mms. I own multiple guns for carry and have recently begun experimenting with carrying a.22LR pocket pistol for certain situations where my P365 can even be too much. Today we are going to explore the why and the what in terms of the best carry .22LR carry guns.

As mentioned, you can get a very small gun, and it often has a fairly decent capacity. The tiny .22LR allows you to have ten rounds in a magazine often sized only for six .380 ACP. .22LR carry guns have very little recoil as well, and they can be very easy to manage for smaller, less experienced shooters.

Another big plus is that the ammo can be very affordable. Twenty-five bucks get you 300 rounds for practice purposes. This makes it easy to become fairly proficient with their small, not-so-powerful firearm.

With that said, there has been a significant increase in the reliability and capability of .22LR ammo. Rounds like the CCI Velocitor are impressive and capable. Federal's .22LR Punch round has also delivered impressive performance and has proven itself to be fairly well made and easy to handle in a modern carry gun.

With that said, the carry gun market has also expanded quite quickly, and we have several awesome little guns in .22LR that is begging for a spot on your belt.

The Ruger LCP .22LR is one of the tiniest .22LR Carry Guns out there. It's incredibly convenient to carry and drops into your pocket without complaint. (Unless you don't have a holster, then it's complaining.) The Ruger LCP weighs 11.2 ounces and is .81 inches wide. It's so utterly small but still packs ten rounds of .22LR. 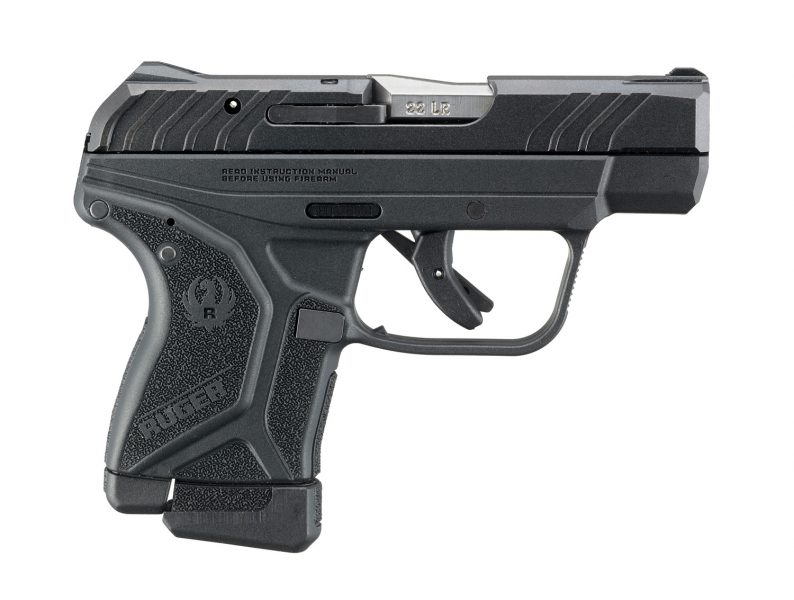 The Ruger LCP .22LR won't beat your hand up either. It's a loud and vicious little gun, but it doesn't kick you hard in your hand. Recoil is minimal, making the gun very controllable and fairly easy to shoot. I've shot both the .380 ACP version and the .22LR, and the difference is night and day.

Sticking with the Ruger theme, we can't miss out on the Ruger LCR. The Ruger LCR is Ruger's modern revolver with a polymer frame. Ruger produces the gun in a ton of different calibers, and the .22LR version of the LCR is a great snub-nose carry gun. The Ruger LCR holds eight rounds instead of the typical five, giving you a little more ammo than your typical snub nose. 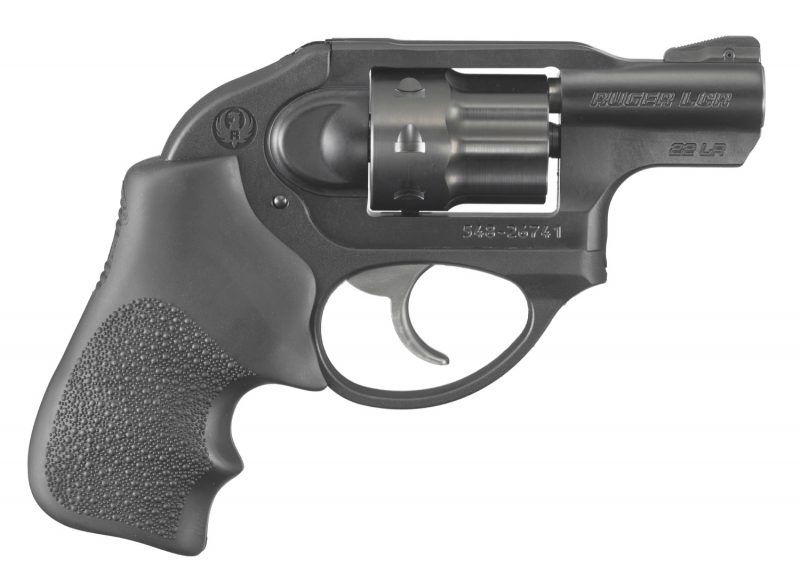 The Ruger LCR is too big for pocket carry but still exceptionally easy to carry OWB or IWB, or even appendix. This little revolver packs a concealed hammer and ensures a snag-free draw. The trigger is a bit stiffer than most LCRs, but it's still a quality carry gun with an excellent reputation for reliability and ease of use.

When it comes to all kinds of cool, it doesn't get much cooler than the Beretta 21A Bobcat. The Bobcat is a tip-up barrel design, so if you cannot rack the slide due to hand strength issues, don't fret. The barrel pops up, and you can manually load a single round into these .22LR carry guns, then close the barrel and be ready to go. Sadly the gun only holds seven rounds, but it's fairly small and convenient. 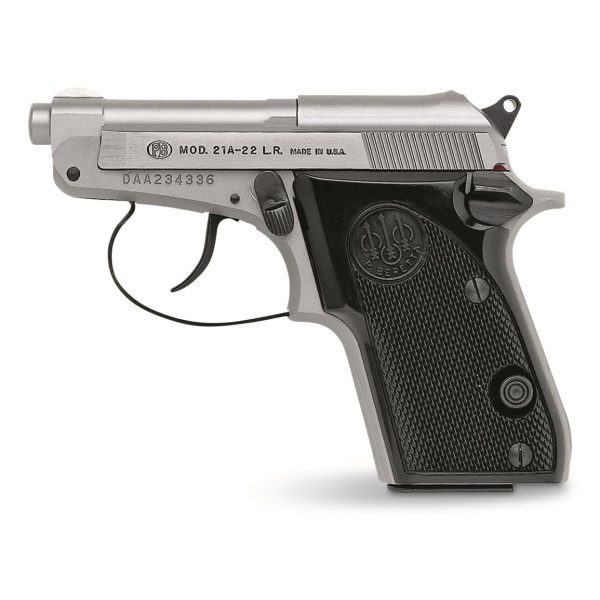 The Beretta 21A Bobcat uses a DA/SA trigger system that allows you to pull the trigger twice in case the round doesn't fire on the first shot. This little gun is small enough to drop in your pocket and does come with that outstanding Beretta quality. It's a cool gun that's also an effective gun.

Size matters and the bigger a gun is, the easier it is to handle. The Walther P22 is not the smallest gun on the list, but it's also far from large. The gun fills your gun and comes with those outstanding Walther ergonomics. It's easy to shoot fast and accurately with that nice solid grip on the gun. The gun holds ten rounds and uses a DA/SA system for double-strike capability. 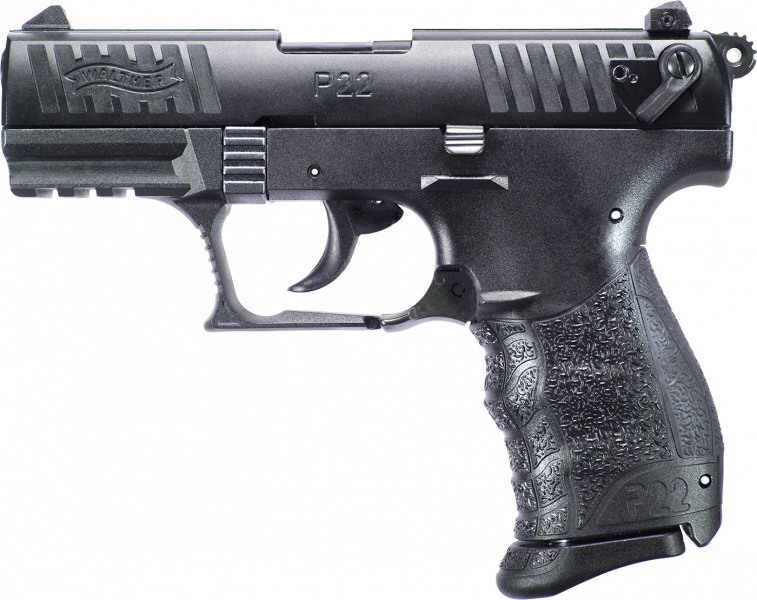 The Walther P22 offers you amazing ergonomics with slide-mounted safety and adjustable sights. It's super easy to shoot and to shoot accurately. The trigger is fairly nice, but don't expect PPQ-like quality. The Walther really occupies an interesting spot in the .22 carry guns realm as a somewhat bigger gun.

One of my favorite .22LR carry guns of all time is the S&W Model 317 Kit Gun. It's a revolver with a three-inch barrel and a nice-sized grip for complete control over the gun. The S&W 317 Kit Gun features an 8-round cylinder and an exposed hammer for DA/SA action. The front sight is a big, bright, high visibility design backed by an adjustable rear sight. 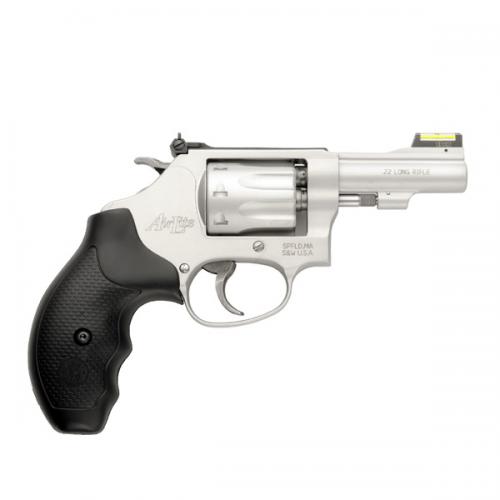 The Model 317 Kit Gun is built on the J-Frame design, so it is small and lightweight at a little over eleven ounces. This little fella is bigger than most snub noses but is super easy to handle and one of the better options for concealed carry with a .22LR.

Admittedly if you can handle and effectively conceal something bigger than .22LR, I would highly advise it. A 9mm hits hard, penetrates deeper, and expands to a much bigger projectile. That benign said, sometimes a .22LR is all you can carry, and if that's the case, choose a good one, a reliable one, and get plenty of practice with it.