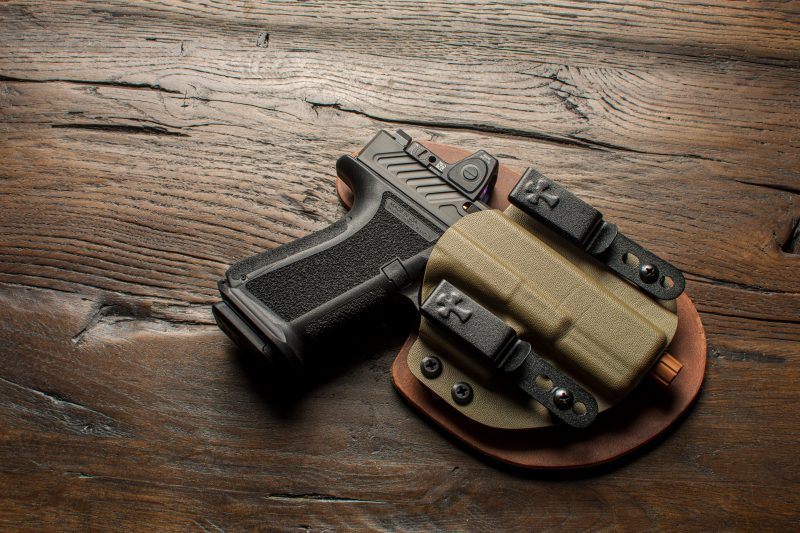 Red dots are easy to see and aim, improving accuracy. But which ones are the best?

The world of pistol red dots is always growing. Almost every significant optics company is making some form of pistol red dot. They’ve become stock standard, and they’re quickly becoming the norm in police forces as well as the special operation community. With so many options out there, I’ve narrowed it down to five of the best options out there. They each offer something different, and any of these red dots will be a worthy choice for defensive and concealed carry use.

The Trijicon RMR Type 2 is the original gangster of pistol red dot optics. This guy started it all, even if he didn’t mean it. The RMR began life as a mini red dot sight designed as a backup for bigger optics like the ACOG, as a 45 degree offset sight, and Picatinny rail adapters were even made to toss the guy on rifles and shotguns. 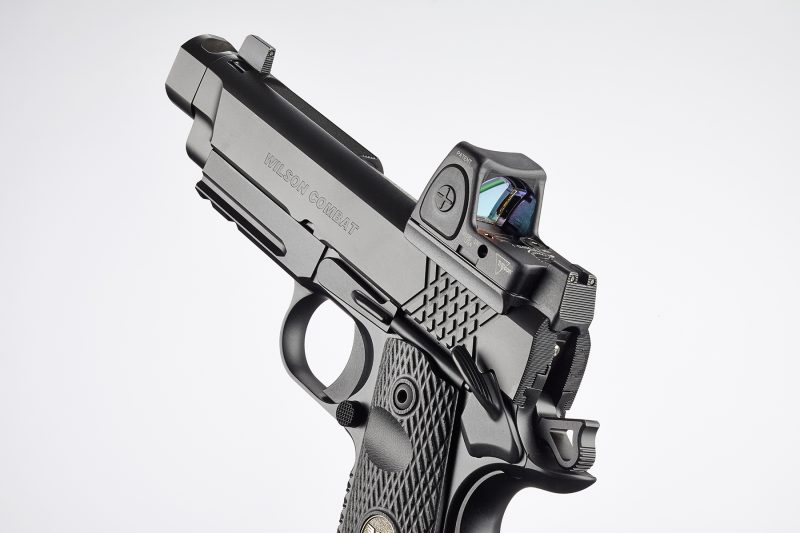 Someone then realized, hey, this fits on the slide of a pistol. Prior to that, pistol red dots were giant and for competition use. The Trijicon RMR was the first one to be practical for duty and concealed carry service. The Trijicon RMR is superbly strong and durable, clear, and consistent, and is easily the most proven pistol red dot on the market.

The Aimpoint Acro was one of the first pistol red dots designed with a closed emitter. A closed emitter means nothing can get between the red dot and the glass. Most open emitter designs work flawlessly 99% of the time. However, the possibility exists for dirt, snow, and mud to get between the emitter and the lens and kills the dot. 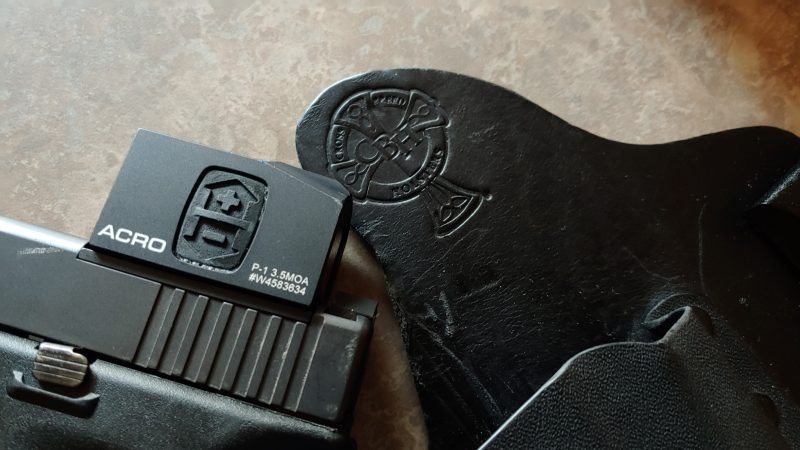 That’s not an issue with the Acros. The big Acro from Aimpoint presents users with an ultra-reliable option that has no practical limits beyond throwing it into Mordor. The Acro delivers an ultra-crisp red dot reticle that’s easy to see and utilize. The Acro is insanely easy to use and is an excellent choice for duty and concealed carry. 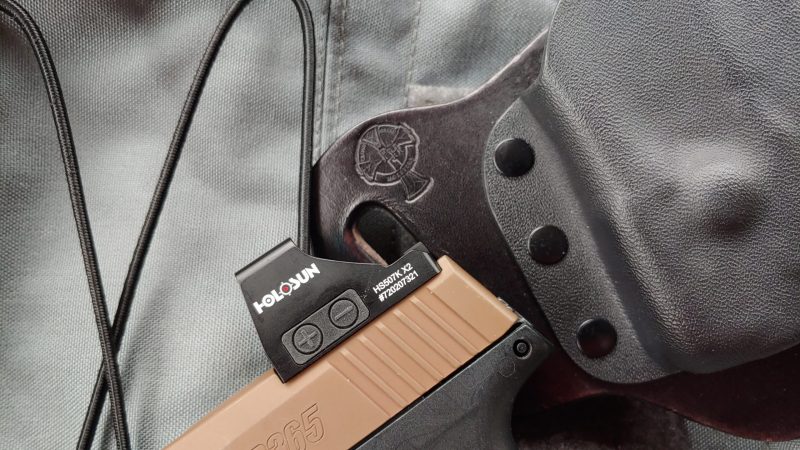 This little guy packs a multitude of reticles, including a small 2 MOA red dot and massive 32 MOA circle,e and a combination of the two. The 507K is built to last and is currently the industry leader in micro red dots.

If the price is an issue, the Vortex Viper is tough to beat. The Viper is a purpose-built pistol optic, and it shows. The construction keeps things small but sturdy with reinforcement around the window and throughout the body of the optic. The buttons are hard to press, but that’s a good thing because they’ll never be accidentally triggered. 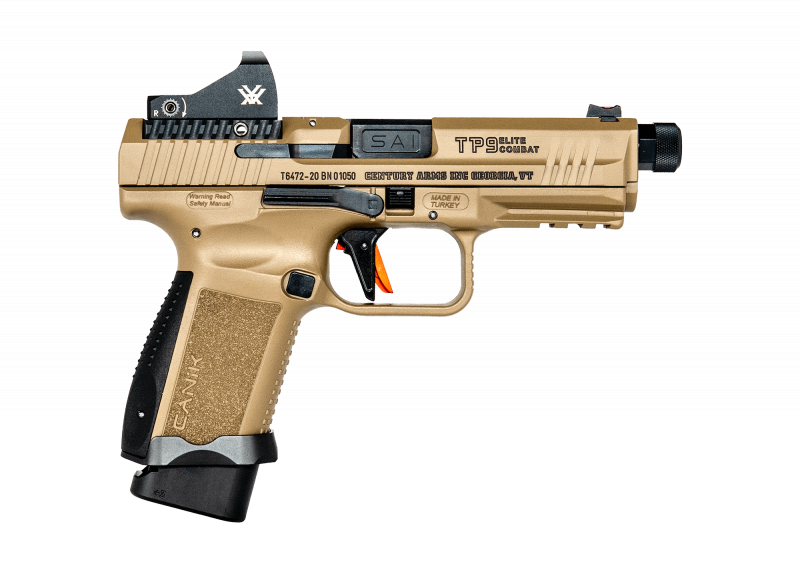 The Viper fits the Docter footprint, so plenty of mounting options exist to get you going on a standard pistol or sporting design. The Viper is the best budget option on the market and has proven itself capable of hanging out with the big boys.

The Deltapoint Micro is brand new, and admittedly, it’s hard to toss a new optic on a list of the best pistol red dots. So it gets the wildcard title. This is easily the smallest and lowest profile red dot out there, and it’s about the size of a big ghost ring. This cuts weight and bulk down significantly. 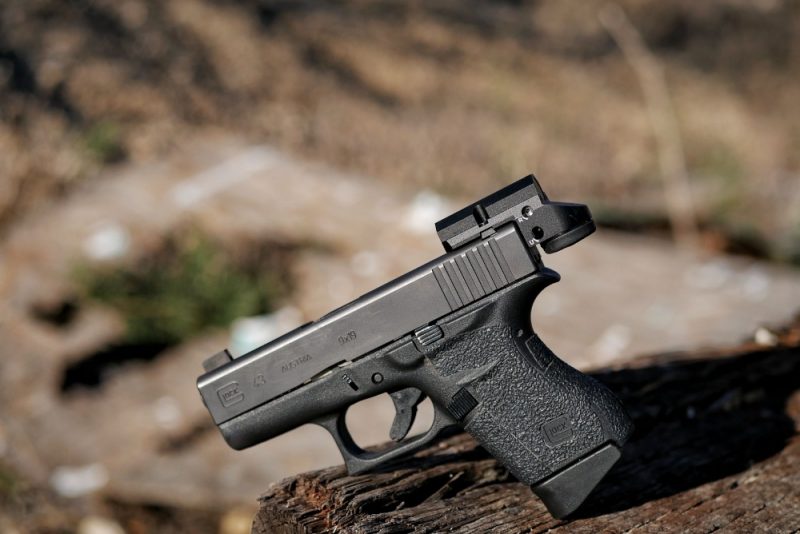 The design is as simple as looking for the rear sight, but so much quicker since alignment isn’t necessary. The small window allows for the maximum peripheral vision possible. This design appears highly promising, especially when you consider there is no need to mill a slide to fit it. Hopefully, we’ll have our hands on one very soon.

Pistol red dots are the latest advancement in pistol tech, and it’s a very good thing. Pistol red dots have driven the capabilities of pistoleros significantly. More and more companies are producing red dot-ready pistols, and it's far from a fad. It’s the next step forward, and if you are looking for a pistol red dot, then the five above are worthy of your time and firearm. Oh, and guess what? They fit and function with CrossBreed holsters without issue. Just so you know.