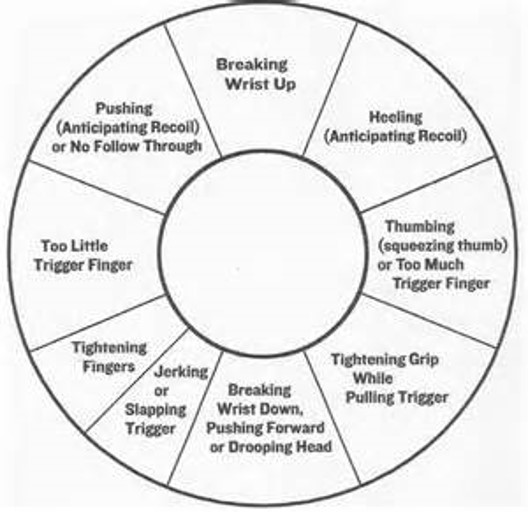 The secret is in the squeeze.

At its core, shooting is rather simple: just grip the gun tightly, point it at the target, line up the sight, and squeeze the trigger without moving the gun. Simple, right? Yes, but it’s not easy. Simple and easy are two different things. While the theory of shooting is simple, the act of making it happen is very complicated, and we’re not even talking about what happens inside the gun to make it go bang. We are just talking about the human factor, how we interact with the pistol.

As humans, we have a hard time interacting with a gun because of how we and the gun are designed, specifically how our trigger finger functions compared to how the trigger itself works. Our fingers move in an arc, bending at the knuckle, while a trigger moves in a straight line, front to back. How do we make our curving finger pull a linear trigger? How does that work mechanically?

Let’s take a step back for a second to understand how our hands work with the gun. When we pick up a gun, the first thing we do is position our hands (in this case it’s a two-handed grip instead of one-handed) to best hold the gun so we can manage recoil, prevent malfunctions, and run the gun efficiently for shooting, reloading, and other tasks. If your grip is good, your trigger finger should rest alongside the frame of the gun, out of reach of the trigger but prepped to move inside the trigger guard when you are on target and ready to shoot. Knowing how to grip the gun is critical, so be sure you're holding it the right way for maximum recoil management, comfort, and control.

Now that your grip is sound and your finger is resting along the rail, it’s time to bring it inside the trigger guard and onto the bang switch. But how? As we established a couple of paragraphs ago, this is more challenging than you might think. How hard can it be to pull a trigger? It just goes back and forth. But therein lies the challenge. Where on the trigger does your finger go?

Studies and practical application by a ton of excellent shooters have shown that for the best finger-to-trigger contact the middle of your trigger finger’s first section should be solidly on the face of the trigger. See the pic right below. This placement ensures the steadiest connection point between human and gun and minimizes the amount of movement when you squeeze the trigger. 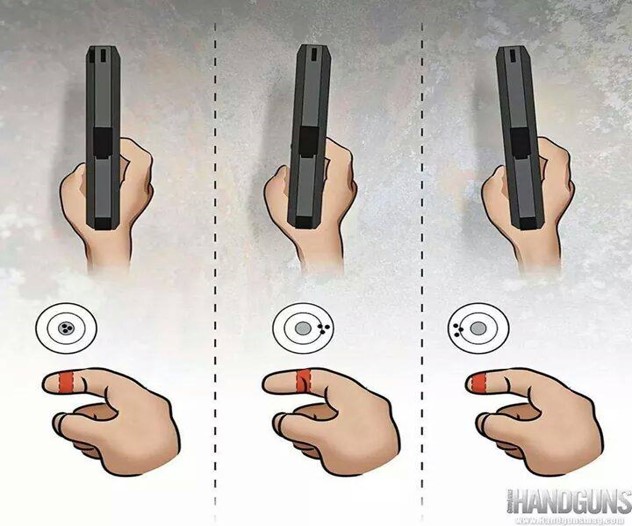 When any of this happens, the gun moves during the trigger squeeze, upsetting the sights and unintentionally re-aiming the gun after you’ve taken the time to line up the sights. If the gun moves when you squeeze the trigger, all the aiming in the world won’t matter because the gun moved off target right before the shot broke, redirecting the round to go somewhere other than where you aimed. 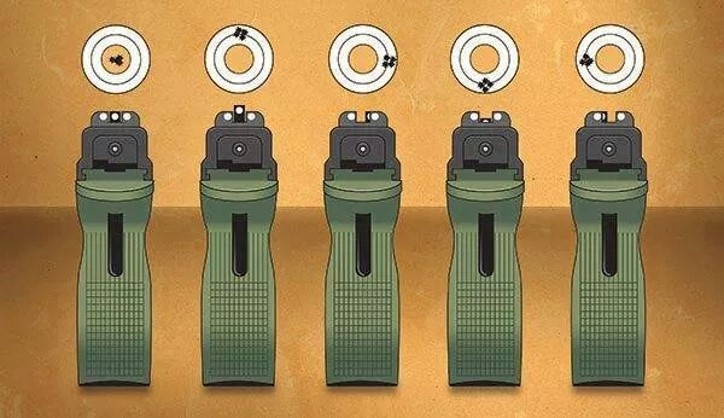 How much does all this matter? If the muzzle moves just 1/16th of an inch in any direction, that translates to a miss of 4.5 inches on a target 20 feet away. Double it to 1/8th of an inch and the shot will miss by 9 inches at the same 20 feet. While you will likely still hit paper, the bullet will not poke a hole where you want it to.

Another factor in keeping a gun steady when shooting is the smooth motion of the trigger finger as it moves the trigger backward. Rather than pulling, think of it like squeezing the side of a toothpaste tube. This ensures a constant motion from front to back, helping to hold the gun steady throughout the firing process. One great way to practice this is through dryfire. With an unloaded gun and following all the fundamental safety rules, practice squeezing the trigger without moving the gun. 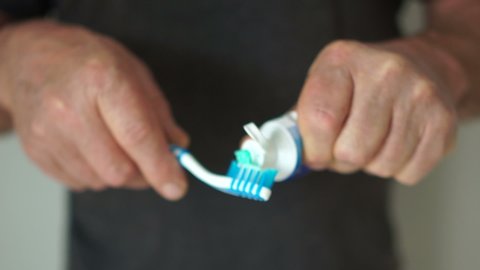 Modern firearms and ammunition are extremely accurate. As much as we would love to blame the gun for bad shots, the vast majority of the time it is the shooter’s fault the bullet missed the target. These techniques for better trigger squeeze apply to any size handgun, from a compact Sig P365 or Springfield Hellcat to a full-framed Glock 17 or Walther PDP. The principle is the same: Squeeze the trigger without moving the gun. Do that and you’ll see your accuracy go way up.