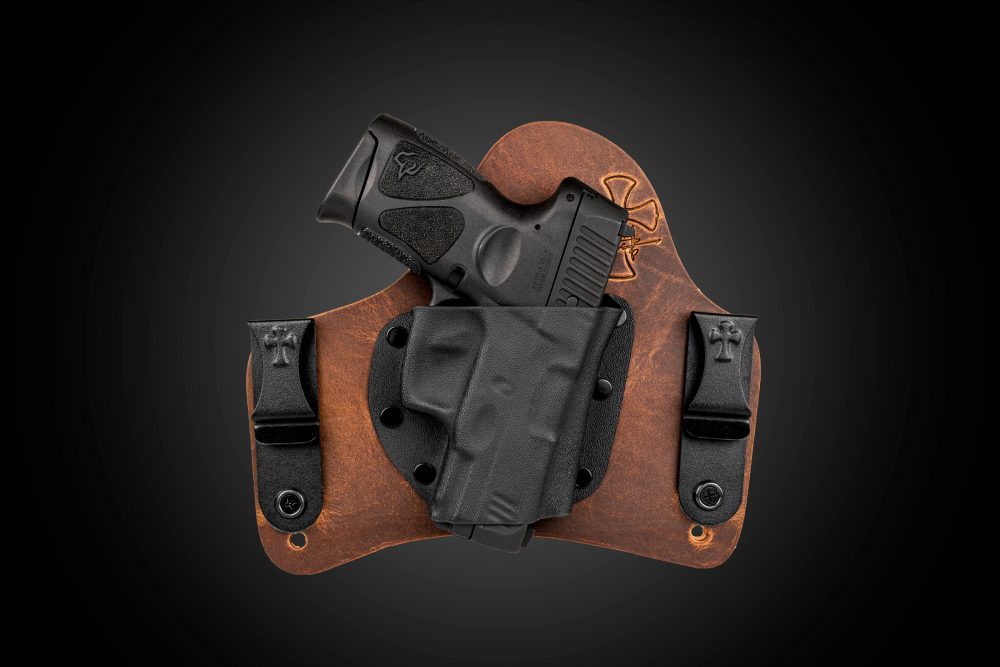 The Taurus G3c is the latest bull out of the stable but the big question is does it run?

Taurus is charging full speed ahead with the G3 series. The full-sized G3 earned a lot of critical acclaim from the industry, so it's only natural Taurus would follow it up with the new Taurus G3c.

C stands for compact and the G3c is both the compact variant of the G3 as well as the successor to the G2c featuring numerous improvements and refinements over the G2c.

The G3c is a budget-priced handgun that continues the Taurus tradition of offering a lot of bang for your buck so we took one out to the range to put it through the paces!

How Compact is It?

The G3c is an unusual size - bigger than most subcompacts but smaller than compact pistols - weighing in at 22 ounces. Its interesting size gives you a full-sized grip and a double-stack magazine in a convenient to carry package. 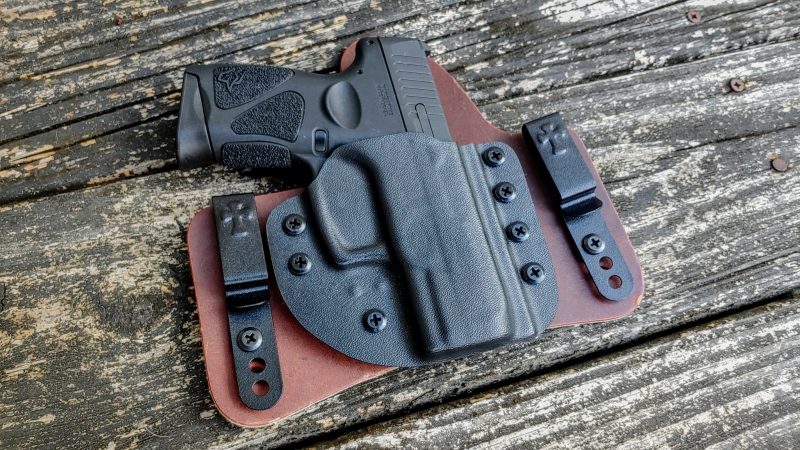 Not too big for the right holster, check out the Hybrid MT2

The gun’s overall length is 6.3 inches with a 3.2-inch barrel. The weapon is 5.1 inches tall and a chubby little fella at 1.2 inches wide. The G3c hides easily in an IWB rig, like the Hybrid MT2, and its 12-round capacity completely disappears on me.

The G3c has a ton of features that bear mentioning. Taurus is moving their weapon design forward in an intelligent way. The first significant change was the use of metal sights that are much more durable. The sights are even Glock compatible, so swapping them out is very easy.

The Taurus G3c comes with a short Picatinny rail that fits an Olight Mini Valkryie 2. The gun incorporates a flat-faced trigger with an extensive trigger safety that is quite comfortable and feels natural to the finger. The trigger uses Taurus’ unique trigger system that is a single action trigger that has restrike capability. Should the single-action trigger fail to fire the gun, it switches to double actions and gives you a second chance. 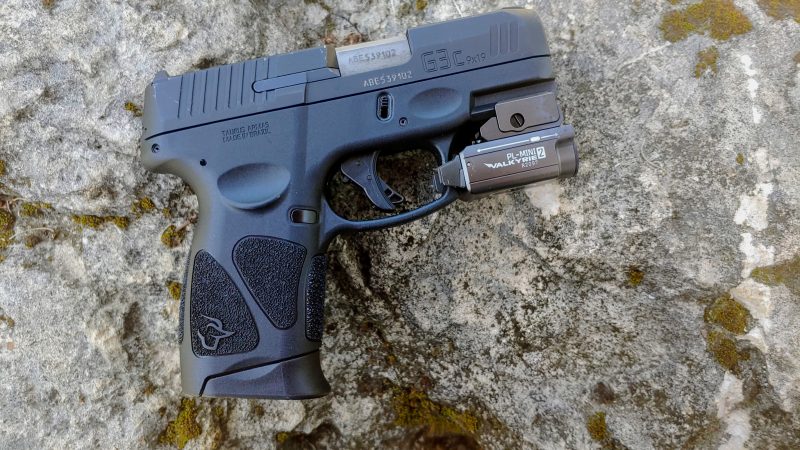 The Rail accommodates a light nicely

Taurus also added front serrations to the G3c to make racking and press checks easier. The serrations are rather deep and aggressive, and they grip the hand and allow for natural manipulations.

The Pros of the G3C

The Taurus G3C has an insanely affordable price tag with an MSRP of $305.74 and you can already find them on sale for around $250. For that price, you're getting a lot of value, including three magazines and metal iron sights.

The G3C has a very aggressive grip texture that grabs the hand and keeps the gun front, trying to wiggle its way out of your hand. The controls are all easy to reach and engage, giving you excellent ergonomics. 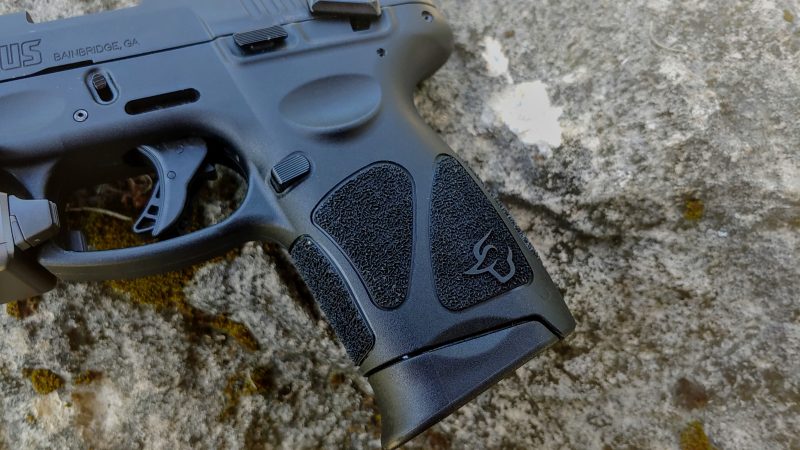 I really love this grip texture!

I do like the improved trigger design and feel. The trigger safety is comfortable and fits into the trigger naturally. The flat-faced trigger gives you a short trigger reach and gives you more control over the trigger. 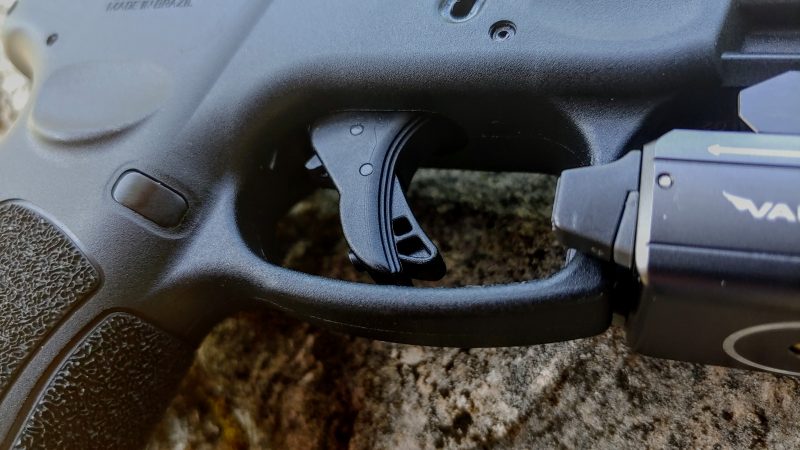 The trigger is very well designed.

The Taurus G3c is an accurate enough weapon. Like all compact weapons, it’s a little harder to shoot accurately. I took the gun out to 25 yards and could still land shots in the chest of a man-sized target. The sights are a little small, but very competent. The blacked-out rear sight creates an excellent contrast with the front white dot sight.

The slide bite is absolutely brutal. After 50 rounds, I was bleeding. I have big hands and utilize a high grip to maximize control, and the G3c is not a gun for that which is a huge downside to me personally. 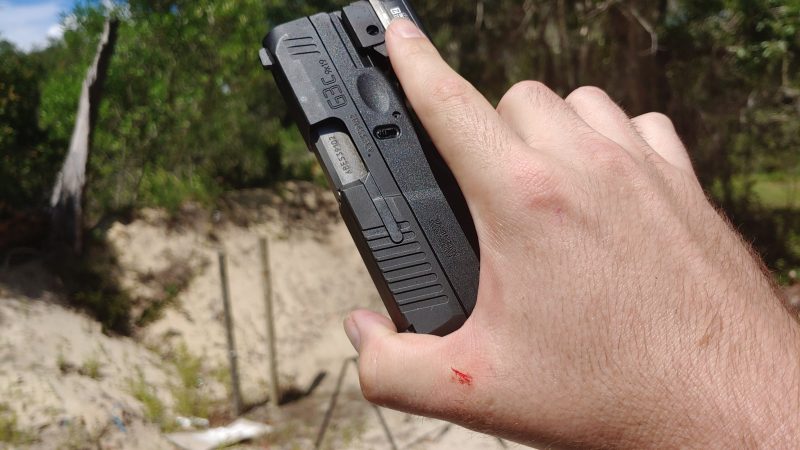 The Taurus G3c also has a very long trigger pull for a single action gun. The trigger pull length is identical to a double-action design, and it’s just a lighter variant. I think the trigger could be cleaned up nicely. 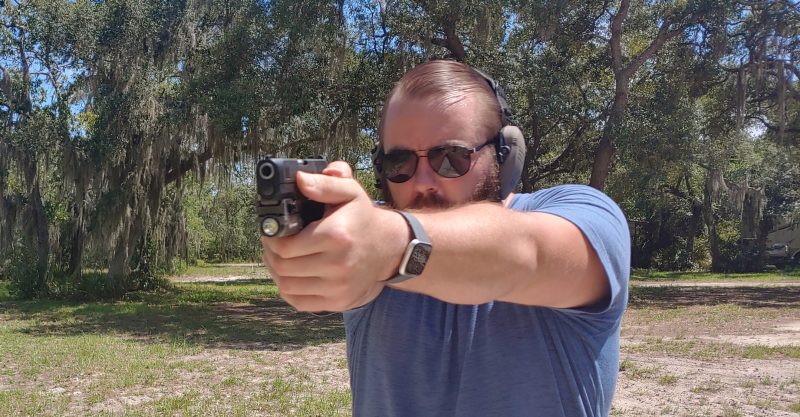 The G3c I shot experienced one failure to feed due to the follower in the magazine failing to rise which a quick pop easily fixed. I have to note that I experienced the same issue with a Taurus G2s. That being said, this was the only failure in roughly 500 rounds, with 150 rounds being cheap steel case ammo.

The Taurus G3c: Is it For You?

The Taurus G3c does seem to offer a lot for a low price. The gun is large enough to shoot easily, small enough to conceal, and, in my experience, mostly reliable with one quickly-fixed issue. While my hands are too big for the gun, I highly doubt most of you will experience the level of slide bite I did. The Taurus G3c has a few things I would change but overall seems to be a robust carry gun with a little price tag. 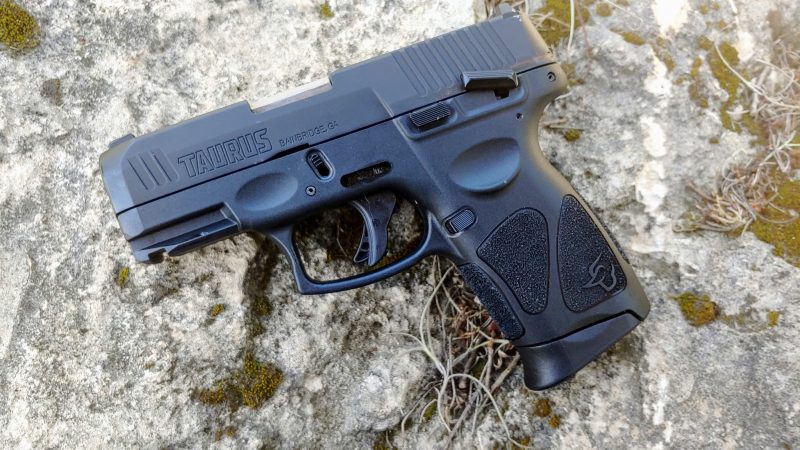 How about you? Are you a Taurus fan excited to give the new G3c a try at your local gun range? If you already own and/or carry the G2c, are the improvements in this new pistol enough to look into trading up? 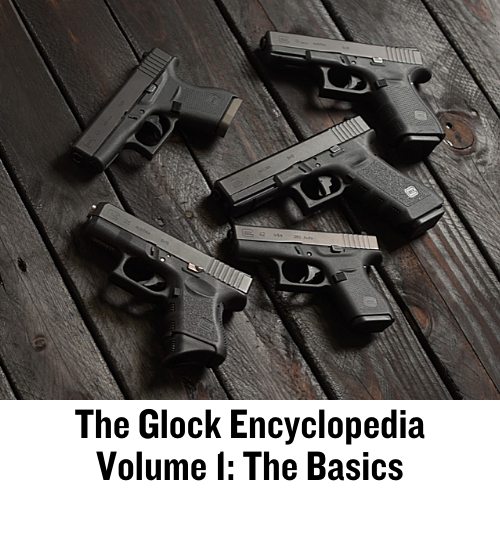