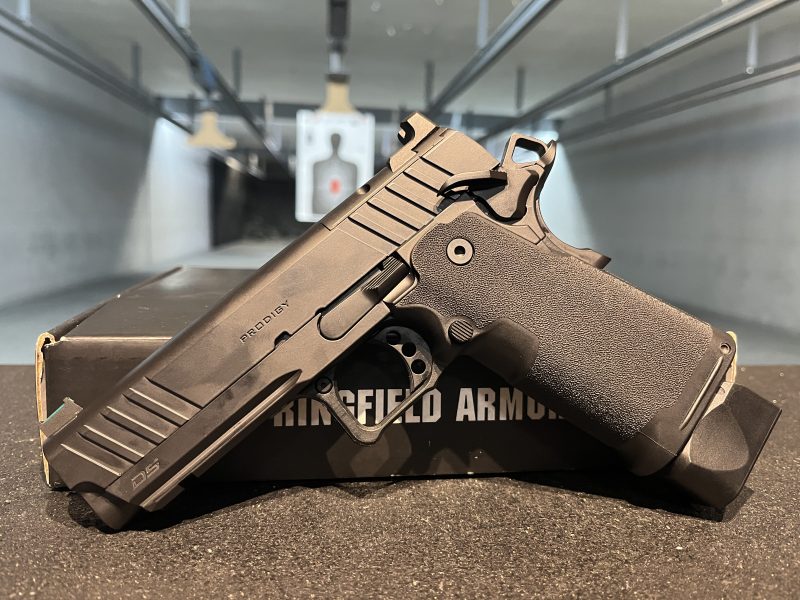 Is Springfield's new Prodigy 1911 going to steal business from the 2011 industry? At first glance, it appears so.

If imitation is the sincerest form of flattery, then Springfield gave Staccato its biggest compliment. And in doing so also gave the venerable 2011 maker some new competition that merits more than just a glance. Springfield’s new Prodigy 1911 is a serious contender in the 2011 world, one that may make STI buyers think twice about shelling out that much money for a gun that appears to be its equal at a much lower price point.

(I can hear Staccato buyers all over the globe gasping at that last statement. How dare he utter such blasphemy! But it’s true.)

The new Prodigy is not just another 1911, although that wouldn’t be bad since 1911s are so popular. It carries many traditional Browning-esque features such as the single action trigger and hammer, fixed barrel, manual thumb safety, and style cues taken directly from the original design. But it “departs from the text” drastically with many updated features typically found on the newer 2011 models.

Let me stop here and clarify that Springfield does not claim the Prodigy is a 2011 nor call it that by name. They can’t. STI owns the trademark on the 2011 nomenclature, so the best Springfield or any updated 1911 maker can do is call it a modern version of a traditional design. 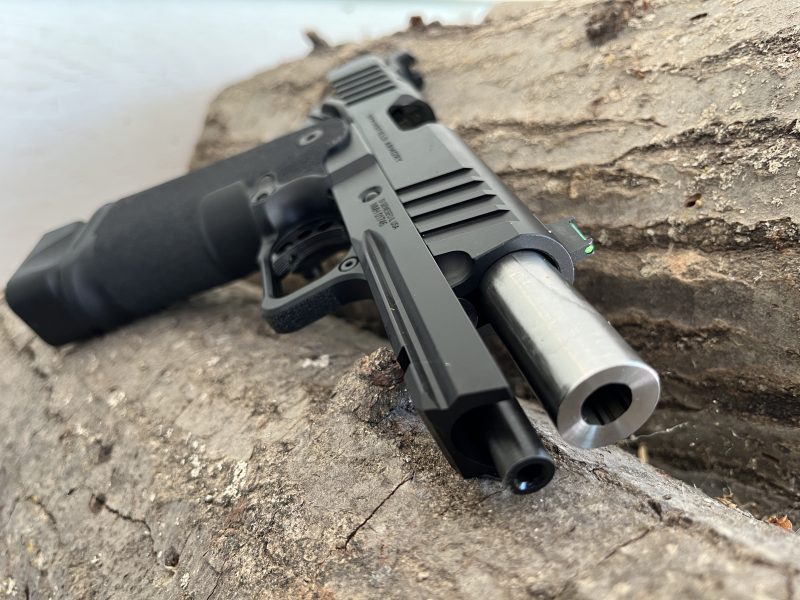 Before we get too ahead of ourselves, let’s start with the basics. Understand that Springfield sent me a pre-production model and did not provide advanced literature or spec sheets on the gun. Therefore, these all come from my measurements and experience shooting it.

My initial impression was that the Prodigy looked and felt solid. The grip texture was rough enough to help stabilize sweaty palms in a high-stress situation yet not overly aggressive to the point where hands would hurt after shooting through a box of ammo. Thankfully, Springfield did not carry over the original grip from the Hellcat series. This one is much better. 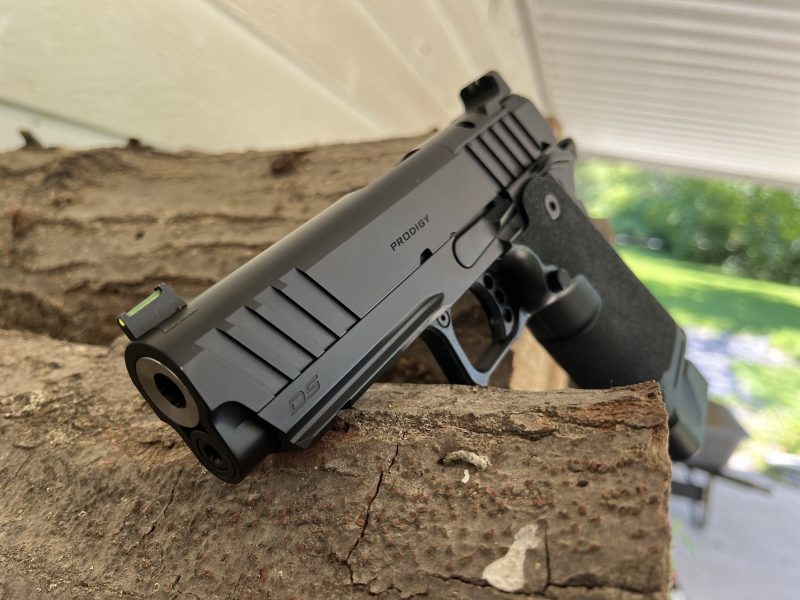 For science, of course, I immediately took the gun downstairs to our range and put 75 rounds through it with not a single malfunction. Thanks to the gun’s weight and steel construction, it shot flat with far less recoil than its polymer compatriots. A few days later, I let my 14-year-old son put a few rounds downrange, and he was amazed at how well it shot. He has shot polymer strikers since he was nine, but this was his first time shooting a 1911 platform, so I had to teach him the sequence with the manual safety. He caught on quickly and, within a few shots, had it down.

Here are my observations on the pros and cons of the new Springfield Prodigy 1911.

In signature 2011 style, this gun shoots 9mm rather than the venerable .45 ACP of the original. Not only does this caliber change make the gun easier to shoot, but with just a little engineering, its capacity can double its ancestors. In this case, it was way more than double at 20 rounds. In addition, putting a 9mm barrel in a platform designed to shoot the heavier and oomphier .45 makes the shooting experience much better. If you're a 1911 purest, you likely cringed at that statement. But it's also likely if you're truly a 1911 purist that you won't buy this gun anyway. 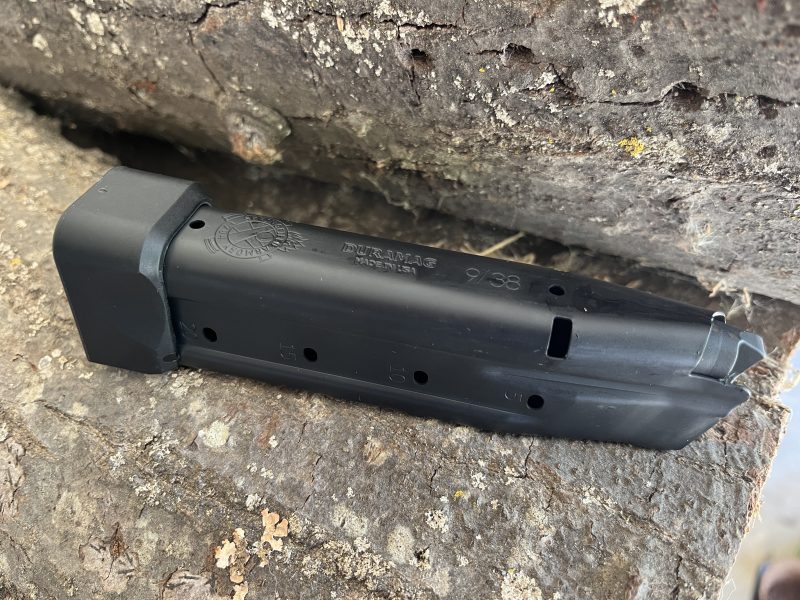 The gun has a solid feel. Tolerances are tight, and the fit is excellent. Nothing rattled or felt cheap. The grip safety has a positive feel but does not hinder the shooting grip.

Racking the slide is easy, thanks to deep serrations on both front and back. Takedown is also easy. It's just what you would expect from a 1911: simple to take apart, clean, and put back together. 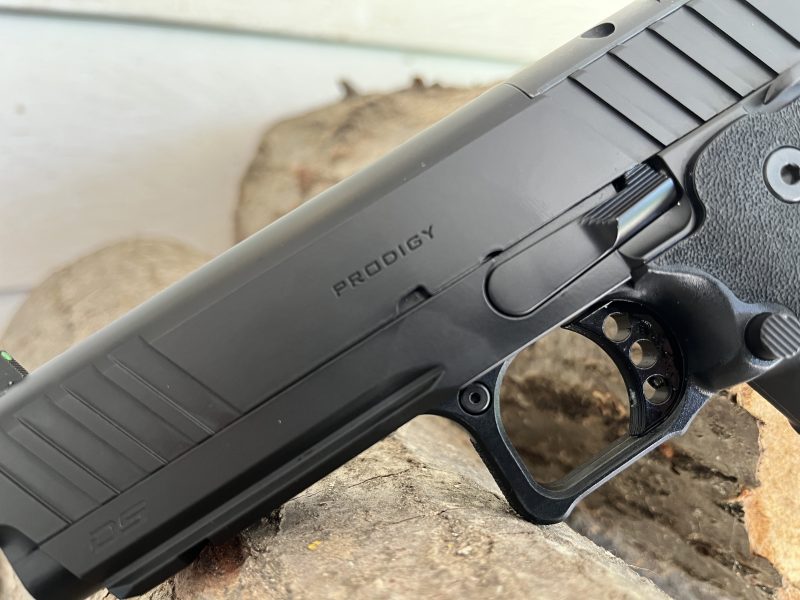 The trigger is exceptional. As I mentioned earlier, Springfield did not include any specs with the gun, so I have to somewhat guess at the trigger’s pull weight, but I would place it somewhere in the 3 to 3.5 lb. range, typical of a single action 1911. Reset was both audible and tactile, with a crisp click.

Throughout my testing, I did not experience a single gun-induced malfunction. My son made it stop running by accidentally letting the top knuckle on his trigger finger push the ambidextrous safety up on the right side, but once we fixed his grip, the gun ran smoothly again with no more issues. The 1911 platform, in general, may be much maligned for its spotty reliability, but the Prodigy proved that’s not always the case. Aside from human error, it was issue-free. 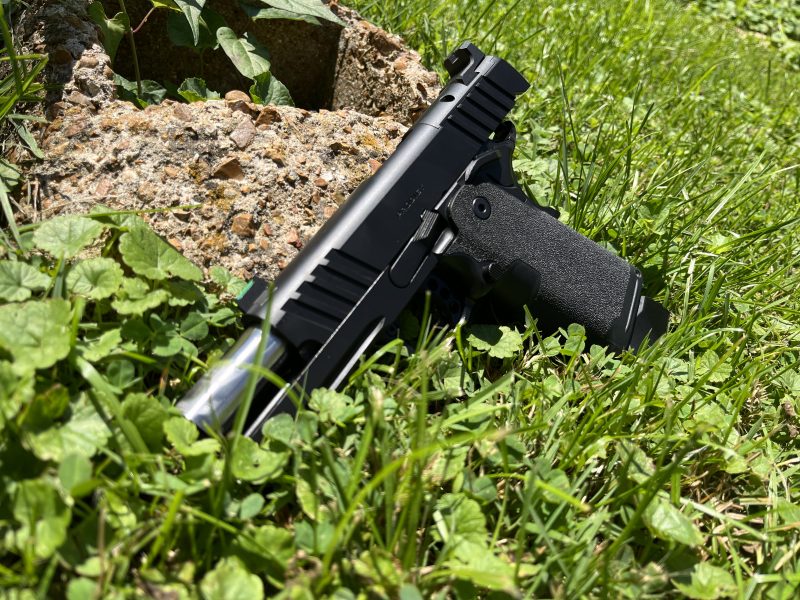 Under the nose is a full-size Picatinny rail, but it only has one slot. It would be nice to have the typical four slots. Sure, that would mess with the aesthetics. However, the functionality would be better, in my opinion.

Speaking of the nose, the green fiber optic front sight was quick to find and easy to align. Front and rear sights are not quite suppressor height but will likely co-witness with smaller red dots that will fit on the optic-ready slide.

The toughest part of shooting semi-autos can be loading the magazines. Not so with the Prodigy. The mag they sent me was brand new yet easy to push down and fill. I never had to pull out the speed loader.

Of course, no gun is perfect. The Prodigy is no exception. The first and most obvious is it’s not a great gun for concealed carry. It’s heavy, which makes for great recoil management, but lugging it around inside your belt all day, even with a great holster, is a bit of a challenge in comfort. It can be done, but there are better choices out there.

Second, the right-side thumb safety is narrower than the left-side. It is nice to have controls on both sides, but it would be better if they were the same size. At first, I thought this was to avoid a righthander’s trigger finger from pushing it (see my son’s experience mentioned above), but with the right grip, that shouldn’t happen. 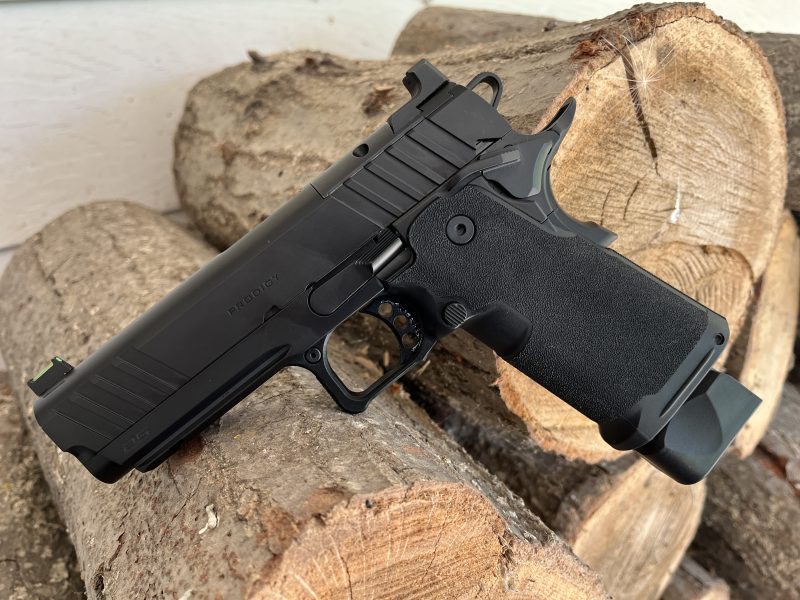 While it’s great to have 20 rounds at your disposal, the magazine sticks out a solid inch from the bottom of the grip, hindering its concealability. At the time of this writing, Springfield had not announced plans for a lower capacity flush fit, but maybe they will. It would be nice as an option.

My biggest concern is a potential reliability issue in the recoil spring. After only 75 rounds, the slide started slowing down on reloads. Cycling during shooting was fine. But as I reloaded and sent the slide home, it started to slow down just a bit. The slide never stopped or failed to go into battery, but there was a noticeable speed reduction over time. At first, I thought it might be due to gunk buildup, but I had shot fewer than 100 rounds. Issues like that shouldn’t appear so soon. The spring didn’t fail, but its performance is certainly something to keep an eye on. 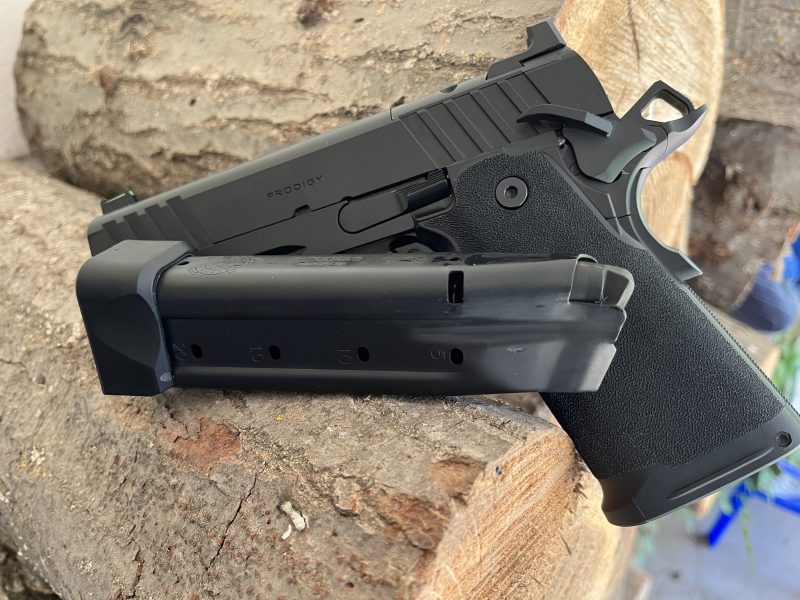 The Springfield Prodigy 1911 is perfectly poised to be a Staccato killer. Performance is very similar. The look is very similar. But the price is way less. At an MSRP of $1,499, the Prodigy is half of the typical Staccato. It’s likely Staccato aficionados will claim you get what you pay for, and perhaps you do. But if you want fancy performance without the caviar price, the Springfield Prodigy is worth a gander.