Hide Your Butt! How to Effectively Use Cover in Self-Defense Situations 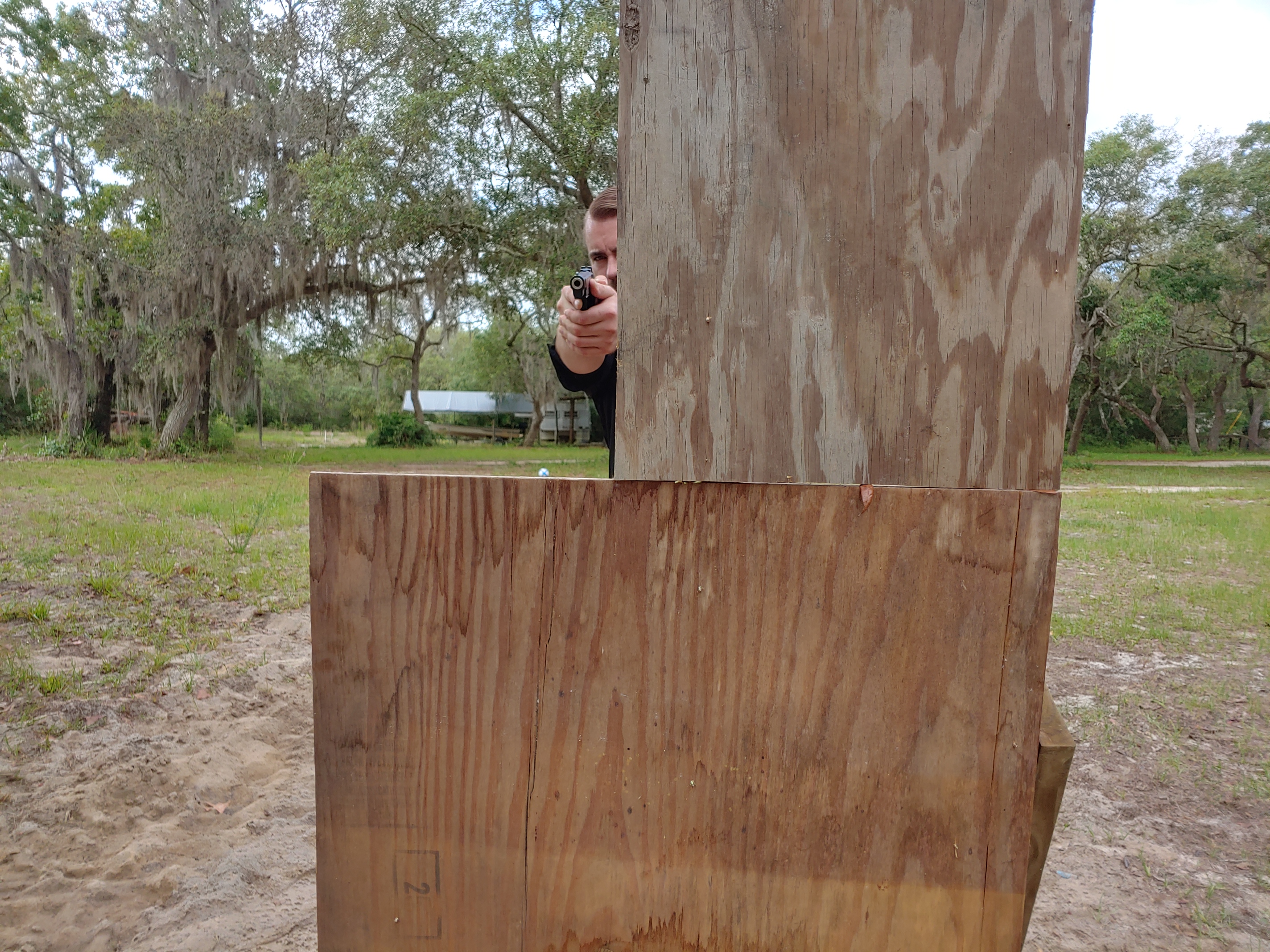 Back in the day (when I was still cool) I deployed to Afghanistan as a machine gunner. During my first firefight, hip-deep in an irrigation ditch, I forced my 6’4” frame as far down as I could and used my machine gun as cover as the enemy ripped at us. For the first time ever I thought being below average height would be nice. After that enlightening experience, I began to find more efficient ways to use cover and shrink my profile behind it. Since then, I’ve received more training and have an even better appreciation of how to effectively use cover.

Unlike the using-my-machine-gun-for-cover experience in Afghanistan, it's a bit different when using a handgun for concealed carry but the concept of taking cover is still the same: to prevent bullets from hitting you.

It’s not anything you need to overthink, just follow these tips to make the most efficient use of cover:

When I was resting the bipods of my machine gun on it, it made sense to hug my cover but with a handgun, or even a rifle, it's best to put some room between you and your cover. You want roughly three feet, my rule of thumb is two arm's length. 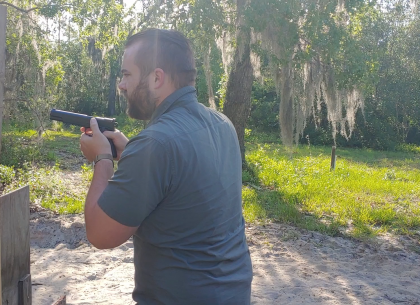 The extra distance does a few things for you. First, it allows you to maintain better peripheral vision. Second, it leaves room for you to work. It’s easier to reload, fix malfunctions, etc. when you have room to work. If you have a bad guy shooting at you and he hits your cover, his rounds may splatter, and some distance may also prevent these other projectiles from hitting you. 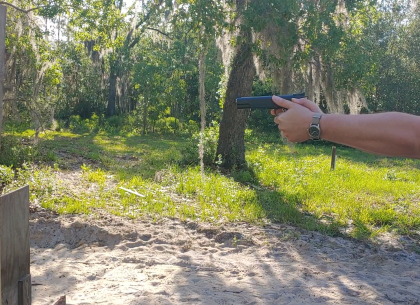 That extra distance also makes it easier to shrink and get smaller, making you a smaller target and therefore much less likely to catch high-velocity lead poisoning. Which brings us to our next point:

Use As Much of it As You Can 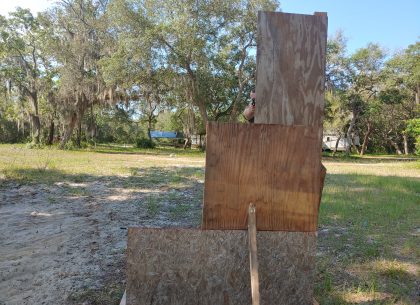 I like to “pie” around it slowly; cautiously moving outwards, just peeking around cover, and stopping as soon as my front sight acquires my target. Once my front sight is on target, I take my shot and re-adjust as necessary. You don’t want to expose yourself any more than what’s absolutely necessary.

Your gun sights sit above the barrel, right? That’s normal but when shooting while using cover you are trying to expose as little of yourself as possible. In doing so, you may forget about that little distance between your bore and your sights. 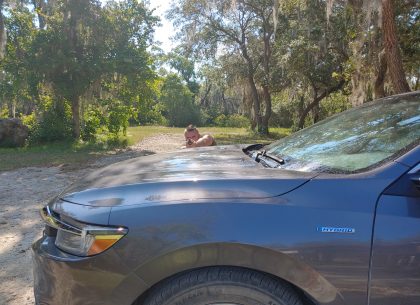 This can cause you to shoot what you are hiding behind. The good news is if you are two arms lengths from your cover you should be good to go and shoot without harming your cover, however, splatter isn’t always predictable. Additionally, you may not realize you are shooting your own cover and wasting ammo.

Just ensure your barrel has cleared the barricade before firing.

Gunfights aren’t like the movies. If you are using cover and firing at an opponent, you don't need to be ducking and hiding behind cover after every single shot. If you have fire superiority, don’t give it up! If your opponent can’t break cover to fire back, you have the upper hand. 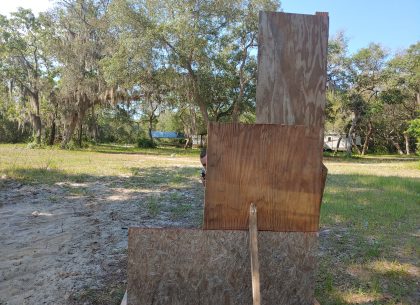 Maintain your fire superiority until help arrives or the threat is eliminated.

With all that in mind, you may have to get back behind your cover to reload, clear a malfunction or any number of reasons. When you're ready to present yourself again, approach it from a different angle if possible. Peak out higher, or lower, or from the opposite side.

This way the bad guy doesn’t place his sights where he last saw you and finish the deed.

Using cover isn't hard, but it's important to get a little practice in, get a feel for it, and start building good habits. Learn that distance, practice firing from different, odd stances to mimic the height of different pieces of cover.

Do you practice shooting using cover? What works for you? Sound off in the comments below, we want to hear from you!

©MTC Holsters, LLC and CrossBreed Holsters Blog, 2020.
Unauthorized use and/or duplication of this material without express and written permission from this site’s author and/or owner is strictly prohibited. Excerpts and links may be used, provided that full and clear credit is given to Travis Pike and CrossBreed Holster with appropriate and specific direction to the original content.