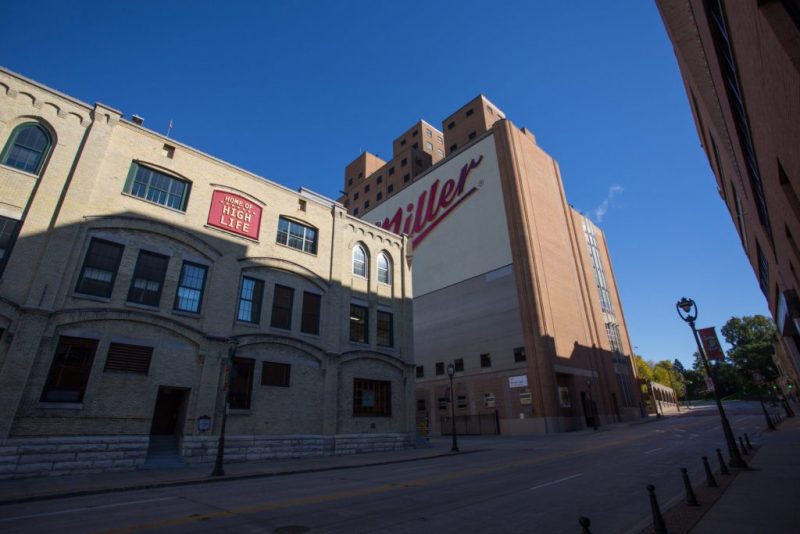 In Milwaukee, Wisconsin, a disgruntled employee turned active shooter entered the building he had worked at for 17 years and killed five people before ending his own life.

More than 1,000 people were going about their workday on the Molson Coors Campus at 2:08 PM CST on Wednesday when they received word that there was an active shooter in the South Packaging Building 4. While scores of Milwaukee police officers, SWAT teams and FBI agents rushed to toward the Miller Valley neighborhood named after the iconic 160-year-old brewery, employees received texts informing them of the attack. 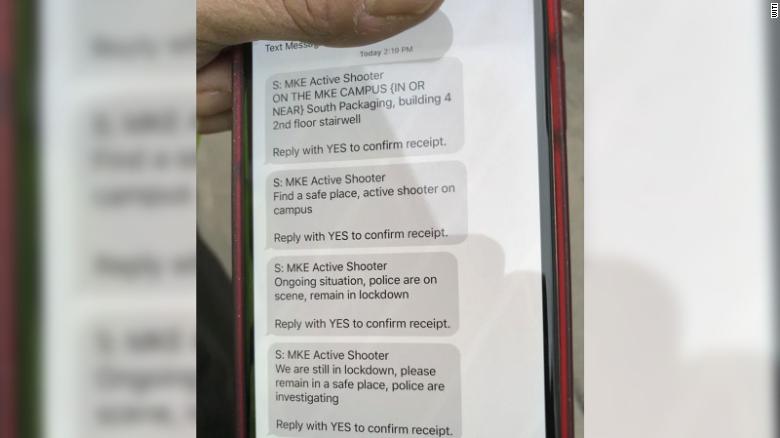 While the response to the active shooter situation advised employees to find a safe place and remain in lockdown, are there more steps they could have taken to increase their odds of survival?

Mike Wood, a retired Lieutenant Colonel who provides tactical analysis for Police One, notes that active shooters, terrorists and other killers bypass hard targets to strike more vulnerable ones. Whether you're armed or in a place that renders you defenseless, here are a few steps you can take to ensure your safety.

Critical Actions Everyone Should Know to Survive an Active Shooter Attack

Maintain situational awareness. Poor situational awareness makes it difficult to identify threats including active shooters and respond in a timely manner. Keep your noses out of your phones when in public and look around. Develop the habit of scanning the area around you, watch what people are doing and be mindful of changes to the environment. Look for people and things that don’t belong or don’t follow the pattern. Most of the public couldn’t tell you what’s happening beyond six inches from their nose … don’t let yourself become one of these zombies.

Know where the exits are. Make a habit of identifying ways to get out of whatever space you're in. Look for doors, stairs and service entrances. Identify things that can be used to smash through windows or even walls to create an exit where none exists. Be mindful of obstacles and chokepoints that could prevent you from getting out when a crowd rushes in a panic. Figure out the exit that most people will probably flock to, then locate one in the opposite direction. Always have a plan and a backup plan for getting out of every situation.

Get off the floor. Hitting the deck during the initial moments of an attack might make a lot of sense. While it may initially prevent you from getting hit by gunfire, it may be a bad place to stay in the long run. Every situation is different, but in many cases, staying on the floor will only lead to you being trampled by the crowd or targeted by an attacker who's moving faster than you. If you’re on the floor, try to get out of the traffic flow, and move to a place where the attacker can’t see you (concealment), or where you have the physical protection (cover) necessary to get up and run. Ideally, you want to spend as little time in the target area as possible, so don’t freeze in place. It might make sense to stay still in some situations, but in most cases, your odds of survival will improve if you get out of the area quickly. A moving target is hard to hit, especially one running away at an oblique angle, so get moving to a safe zone.

Don’t volunteer to be deaf and blind. Anything that interrupts normal hearing or vision will make it difficult to sense danger and react promptly. For example, loud music can mask the sound of gunfire and dark rooms can hide the presence of a threat, making it difficult to find the exits. If you do hang out in loud and dark places, you'll need to make up for the sensory loss in other ways. Scan the crowd more frequently, know how many exit rows you have to touch before you’re near the door, hang out near the exit, bring a good flashlight – find ways to make up for your loss of vision and hearing.

Limit alcohol consumption in public. There’s nothing wrong with enjoying a drink with friends and family and it’s an important part of the entertainment experience for many people. However, drinking to the point of intoxication could be detrimental to your personal safety. If your senses, thinking and coordination are dulled by too much alcohol, you’ll be in no shape to detect threats, or to save yourself or any of the people you are with. If you plan on drinking a lot, do it in the safety of your home – not out in the ocean, where sharks are plentiful and liferafts are scarce.

Have a plan. If caught in an active shooter situation, everyone should break the freeze and get moving to safety. In some cases, they may need to fight and should be mentally ready to do so. Think about and discuss an offsite rendezvous point (something outside the immediate area of the attack) for yourself and your group if they get separated. Remember: if you get out, stay out - do not go back inside looking for someone.

Be careful with your communication devices. Keep a charged cell phone on your person at all times. Off-body carry (i.e., in a purse, in the console of a car) is not recommended, because it’s too easy to get separated from the phone – put it in a pocket so it’s there if you need to run. Consistently recall the critical information you will need to report to 9-1-1 emergency and practice making a good call with the right elements of information. Ensure youngsters know how to operate a traditional, wired phone (no, I’m not joking) in case it's all that's available.

Know how to act when the police arrive. It's also important to understand how to act when police arrive to ensure your safety. Following commands, avoiding furtive movements, and keeping your hands off of responders will help to maintain order. First responding officers are trained to bypass wounded individuals and put the shooter down first, before giving aid or evacuating victims. Once additional law enforcement arrives on scene, it's crucial to effectively communicate the essentials to responding officers – description, weapons, location, and direction of the suspect’s movement.

Learn first aid basics. If you carry a gun, you should already know how to stop bleeding, put someone in the recovery position and the right way to move a wounded victim. Learn the best locations in the area to transport a victim for treatment.

Be prepared. Most importantly, take every threat seriously. The shock and stress of an attack of this magnitude can lead an unprepared mind to panic and freeze. It's important to assure remember that while critical, these events are survivable. Even wounded victims can prevail if they keep their head and make good decisions. Learn “tactical breathing” or other skills that help to calm the body and gain control of emotions so you can think and act. Ignoring a threat won’t make it go away, it will only set you up for failure if the threat turns deadly.

While this may seem like a lot of information to process and remember, there are other methods of training that may work better for you.

Matt Coombes of Shield Force International teaches students to ROAR, an easy acronym that can increase their chances of surviving a deadly encounter or active shooter:

If you haven't already committed to staying in condition yellow, are you working toward it? Do you run through these tips when you're in different situations throughout your day? Will you share these points with your family and friends to increase their odds of surviving an active shooter attack?

Let us know what you think of this information in the comments below and share any other tips you'd share with our readers in addition to the steps reported here, we want to hear from you!

Jacques has hundreds of hours of firearms training under her gun belt including USCCA's Street Encounters and Low Light/No Light Training, she is a graduate of the Gunsite Academy, and was named a S.A.F.E. Summer Local Champion of Firearm Safety by the National Shooting Sports Foundation's Project ChildSafe. A staple in the firearms industry since 2009, Jenn is proud to be raising her three children with her husband John who is also an avid hunter, 2A supporter, and an amazing father.