The Best Defense is a Good Offense: Check Out These 7 Tips for Effective Home Defense

Our home is our castle, our sanctuary, and the place we should feel safe and secure, especially if you take a few steps to ensure your safety - no moat or drawbridge necessary.

Home invasions are rare, and our country is, for the most part, a safe one, but the reality is, they do happen every day.
Because the everyday garden-variety “home invasion” is not a specified crime, statistics are difficult to calculate. A “home invasion” can be a burglary, assault, armed robbery, rape, or even murder. Although there is no specific tracking for violent home invasions, we can look at the associated crimes and those numbers are enough to drive a sane person to take precautions.

Instead of hoping for the best, consider planning to avoid or survive a worst-case scenario. When it comes to home defense, here are a few easy tips to give you an advantage over a home intruder.

Make it Harder For Home Intruders to Get In

Home defense starts outside the home and there are several things you can do to secure possible entry-points into your house.

The first thing you should do is to identify your home's possible points of entry; specifically, windows and doors. Better locks are the best step forward. Invest in heavy-duty, well-made locks from reputable companies like Schlage and consider upgrading your doors to include Nightlock barriers which make almost any door kick-proof.

Windows, while a bit tougher to toughen up, can also be made safer. While no one wants bars on their windows, you do have viable options that won't be considered a neighborhood eyesore. 3M, the parent company of Peltor, makes a security film that can be applied to your home's windows which makes it much harder to break a window out. 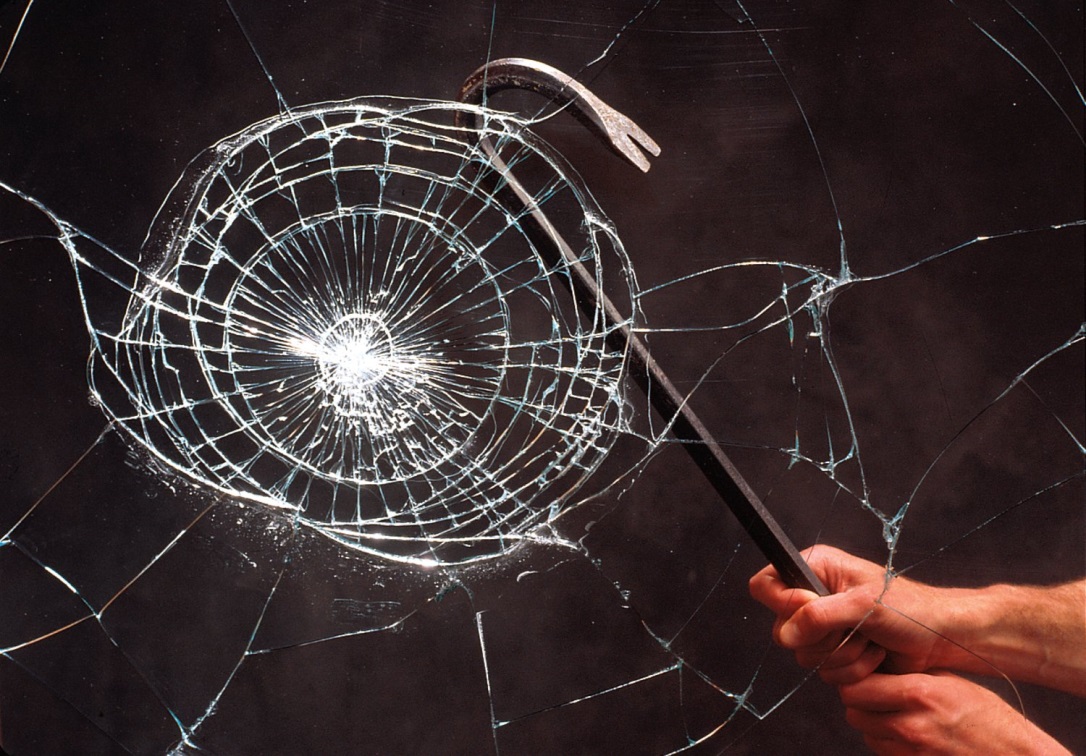 Two other options to deter criminals are security cameras and motion-sensing lights or a combination of the two. Cameras not only record and create evidence against bad guys, but they can also provide you real-time situational awareness of outside your home. Motion sensing lights, much like car alarms, may not deter every criminal but throwing light on what they're doing increases the odds of a neighbor being alerted to the situation and calling 9-1-1 as well as assisting the police if/when they arrive on the scene.

This one is simple: keep your phone charged and within reach. In the event of a home intruder situation, you should call 9-1-1 as soon as you can safely do so and keep them on the phone throughout the event. Alerting the police as quickly as possible can buy you lifesaving seconds and giving the dispatcher an accurate description of yourself and your family members, as well as other pertinent information regarding the situation, can help to ensure your safety as well.

If you can safely put a door and a lock between you and any home intruders, do so and stay put. Keep your back against the wall, and don’t go exploring or trying to clear your home. You want to put yourself and your weapon between your family and the bad guy, but that’s as far as you should be moving in your home during a home invasion.

Even among armed professionals, the decision to clear a room or building by yourself is often considered reckless. If you can hold up safely and orientate your gun towards the threat, you give yourself the advantage and every advantage you can gain is important.

Best case scenario, the bad guy steals your TV and exists your home, leaving your family unharmed. You might miss Sunday's game but your loved ones aren't hurt and you aren’t staring down the barrel of a homicide investigation.

Have a Plan and Practice It

Home defense is more than guns, lights, and techniques. Proper home defense tactics aren’t just high-speed shooting drills, but it’s the plan you and your family should have in the event of a home defense scenario.

The plan should dictate who is armed, and multiple people are armed; then, the following responsibility should be who calls the police while being armed. The kids should know what to do if a scenario occurs as well. The home defense plan should involve the entire family and is not like a fire escape plan.

Make the plan to fit your home and family and rehearse it with every member of the family but make sure you have someone looking out for you as well. In addition to training resources and exclusive membership perks, a USCCA membership guarantees you'll have an elite legal team in your corner should you wind up in court after defending yourself in a life-threatening situation.

At night, things change tactically because we have a responsibility to identify a threat as a threat before you pull the trigger. While many gun owners choose to outfit their pistols with weapon-mounted lights, in a home defense situation where adrenaline is surging and you need to be ready for anything, using your loaded firearm as a flashlight may not be the safest option. 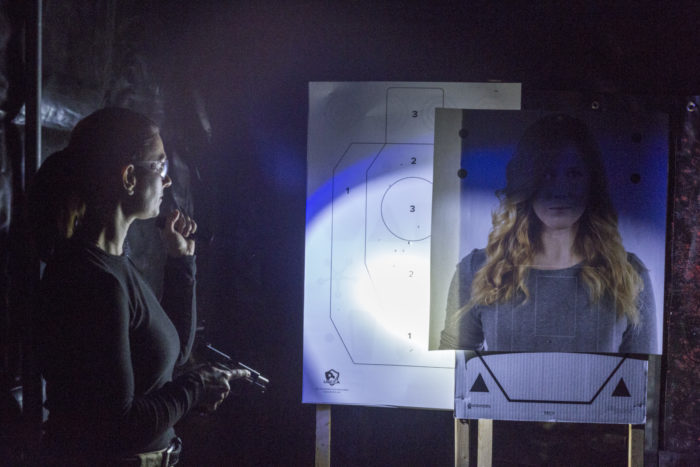 While you have the distinct advantage of knowing the layout of your home, you may still need to deploy a torch to positively identify or even stun a home intruder. Streamlight has several handheld tactical flashlight options like the Protac HPL Flashlight; a long-range, high-candela tactical light that produces a bright, far-reaching beam that features a high beam of 1000 lumens. It’s also USB rechargeable and accepts multiple battery sources, so you always have a beam when you need it.

It may seem ridiculous to some but if you really think about it, having a firearm on your body while going about your day is important no matter where you are, including your own home. Whether answering the door or mindlessly walking outside with your dog, we do a lot not only throughout our homes but around and in close proximity to them as well. 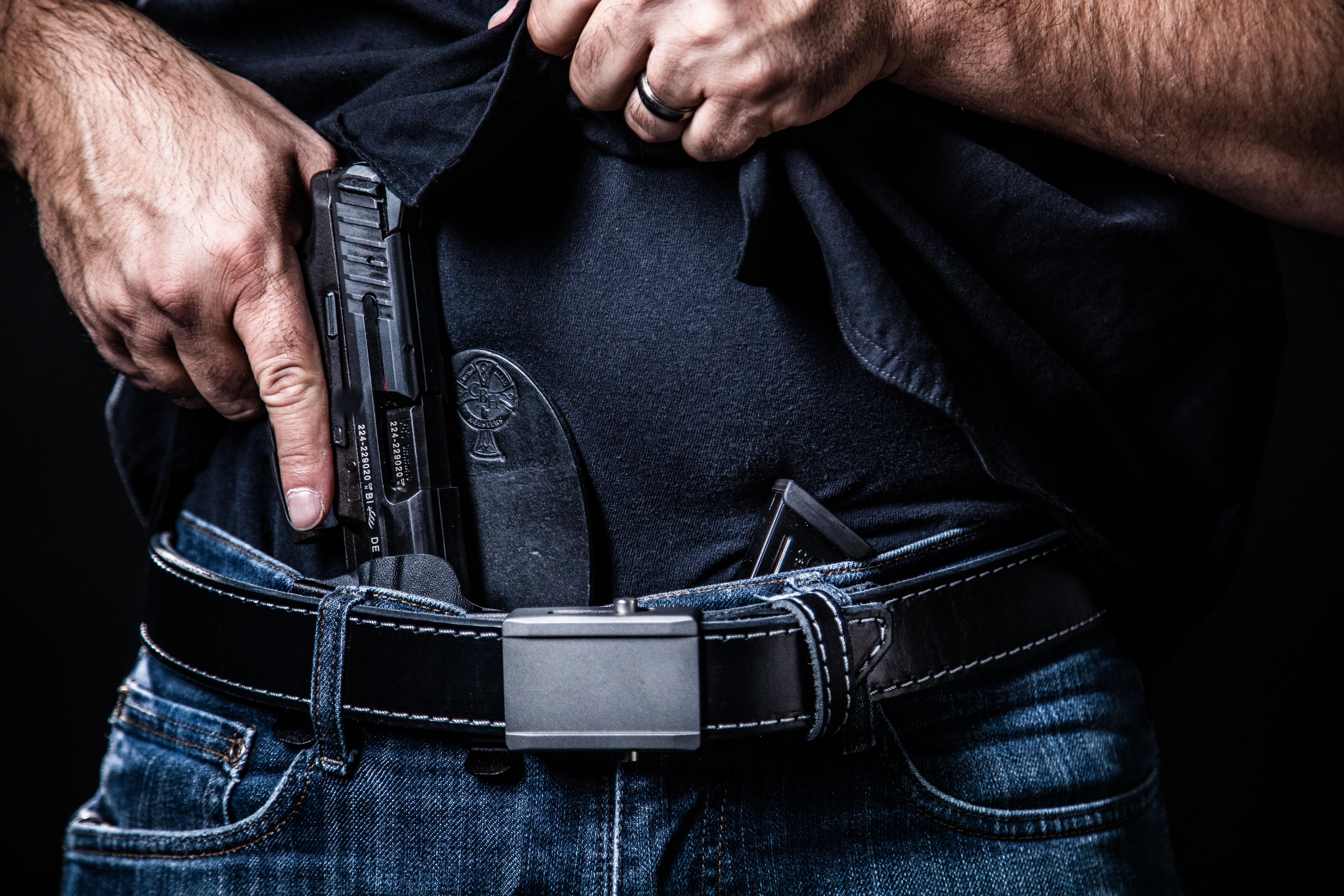 Home invaders don’t typically give their intended victims a heads up, so if you don’t have your gun on you, you could waste precious time getting to it but that's if you're able to get to it at all. You want to give yourself the advantage of always having your gun within reach, whether you're in the kitchen or the bathroom, up in the attic or down in the basement.

Although most people assume the highest risk of a home invasion comes during the cover of night, most incidents actually occur between 10 am and 3 pm. Keep your windows, doors, and other points of entry to your home locked and secured, even when you're home during the day. Stay alert and keep an eye out for any suspicious individuals who look out of place in your neighborhood, since criminals have been known to case homes before attempting to burglarize them as well.

Do you currently have a home defense plan? Are there any tips you'd add to this list?

Let us know in the comments, we want to hear from you!