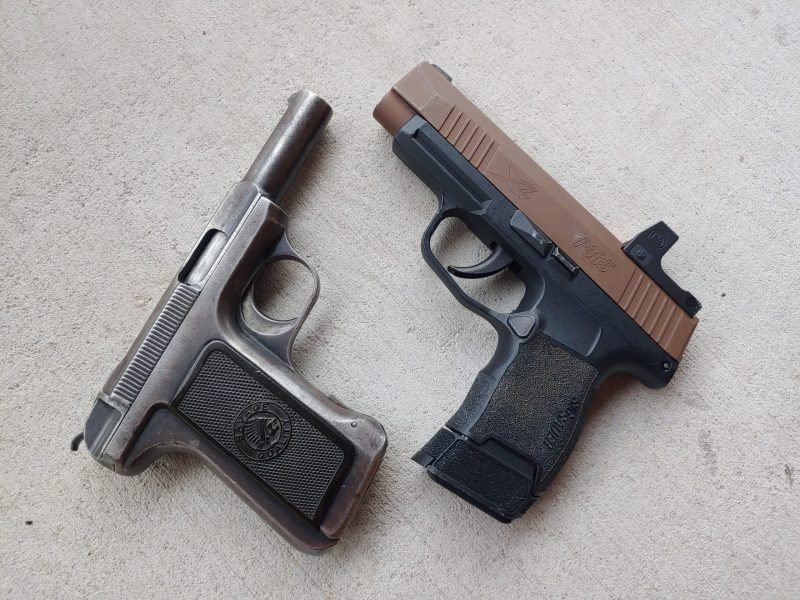 Old vs. New: Who comes out on top?

Let's go ahead and get it out of the way. This isn't a real versus match. We know the P365 is hands down the better gun for concealed carry. It has a century of development on the Savage M1907. However, I titled the article that way for a reason. I genuinely want to compare the two guns to illustrate how alike they are. While over 100 years of development sit between the two guns, they do have a lot in common. Enough so that it's fair to say the SIG M1907 was the SIG P365 of its day.

Both of these guns were made for the exact same purpose, self-defense. Both guns are designed to provide the everyday person with a capable handgun. Savage's advertising of the era is aimed at the average man or woman who needed a handy little gun to fend off burglars and highwaymen. SIG named their gun the P365 because the average person could carry it every day of the year and be well-armed. 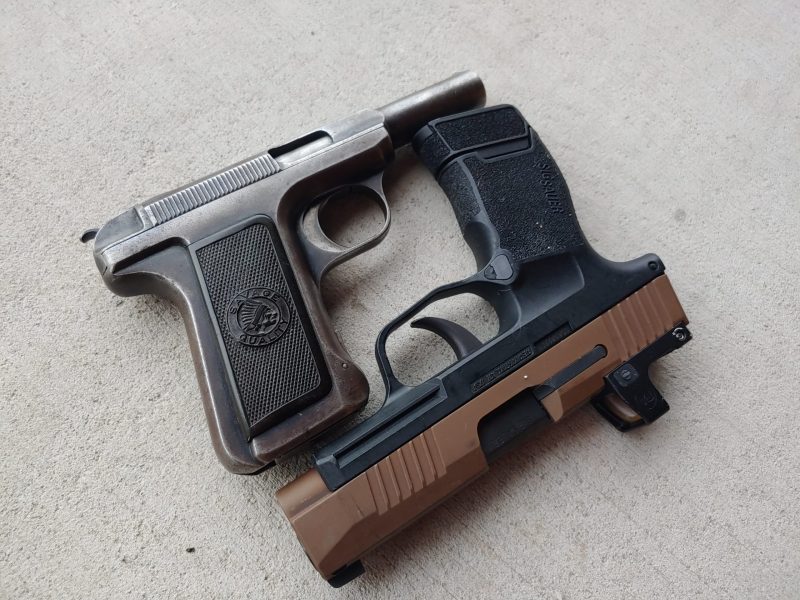 It's not a surprise that guns share some interesting traits.

They aren't far in size from each other. Both guns are easy to conceal carry and pack a punch where it matters. The Savage could easily fit in a coat pocket of the era, and SIG P365 has tons of modern holsters available for it. 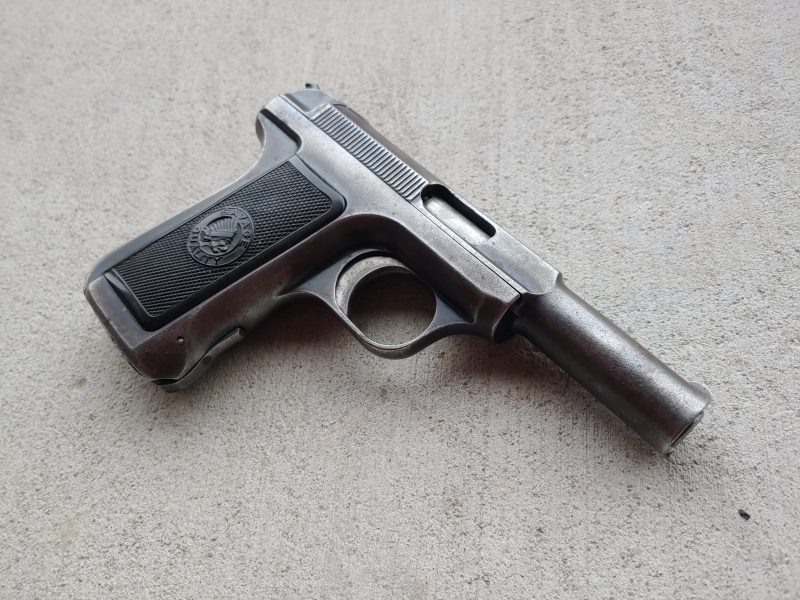 Both the Savage and the P365 are striker-fired guns. The Savage M1907 appears to have a hammer, but that's actually a cocking device to manually cock or decock the hammer. The SIG uses a standard striker-fired design. The SIG also uses a Browning short-recoil system, and the Savage M1907 uses a slightly delayed blowback system that uses rotation to lock the breech. There is a pretty big difference there, but both are locked breech firearms.

Here is where the guns have a ton in common. For their era, both used innovative magazine designs. SIG uses a staggered design that mixes elements f both a double and single-stack magazine to create an ultra-compact weapon that can hold ten rounds of 9mm.

The Savage M1907 utilized a double-stack magazine, which was revolutionary for the era. This mag held ten rounds of .32 ACP and was the reason why the ten shots quick namesake existed. This gun offered shooters a ton of firepower for the era.

Both guns used popular calibers for their era. We are living in the realm of 9mm. It's everywhere, all the time, and is the most popular pistol caliber out there. The .32 ACP in 1907 was quite popular and often the caliber of choice for concealed carry and compact pistols. While they are different in caliber, the calibers they used were popular in their day. 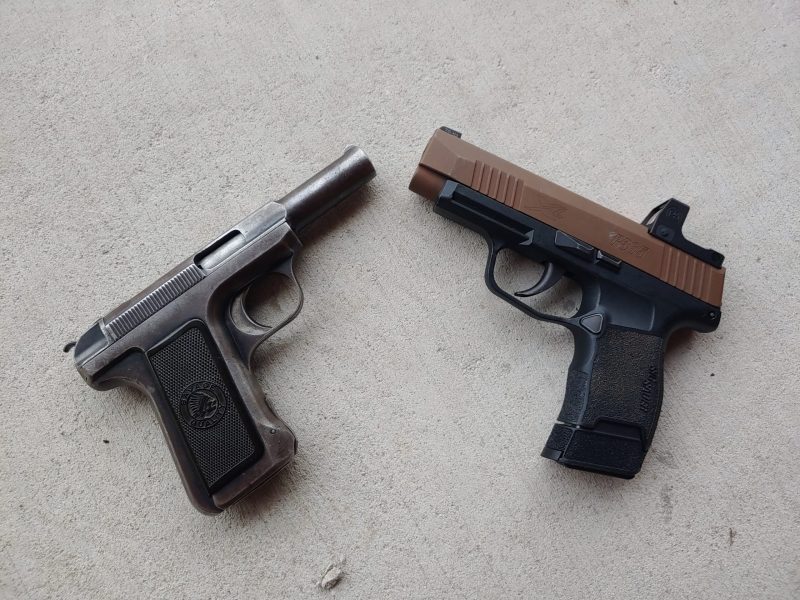 A Century of Evolution

The P365 exists because the Savage M1907 existed. Both are steps in an evolutionary pipeline of firearms technology. While they are a century apart, they aren't all that different. We've come a long way in a century, and maybe 100 years from now, the P365 will be being compared to the latest whizbang firearm. Until then, I hope only to see continual advancements in firearm tech.