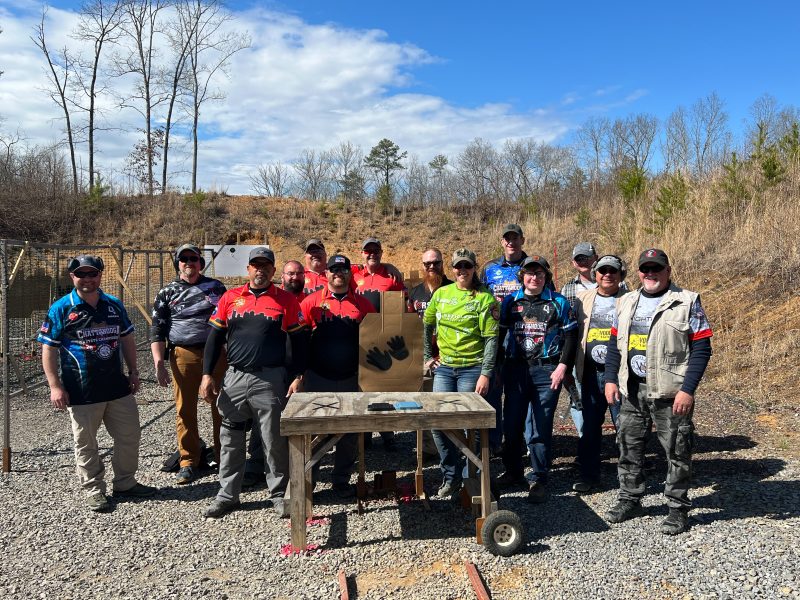 In our Competitive Shooting Guns & Gear Series of blogs, we'll go over specific shooting sports, what's needed to get started, what it costs to get involved, and a basic overview of the sport. The second shooting sport in our series is the International Defensive Pistol Association, better known as IDPA. The organization has a membership of more than 25,000 people, including members in 70 foreign countries.

IDPA is a shooting sport where accuracy matters much more than your time, but you have to be accurate and fast to win. IDPA was designed for people to use their concealed carry gun, holster, magazines pouches, and belt in competition to simulate real-world scenarios. Shooters are also required to wear concealment garments (unless your division, like PCC, doesn't require you to do so) that force you to learn how to draw your gun without your clothes getting in the way. Whether you carry IWB or OWB, concealment garments must be worn. 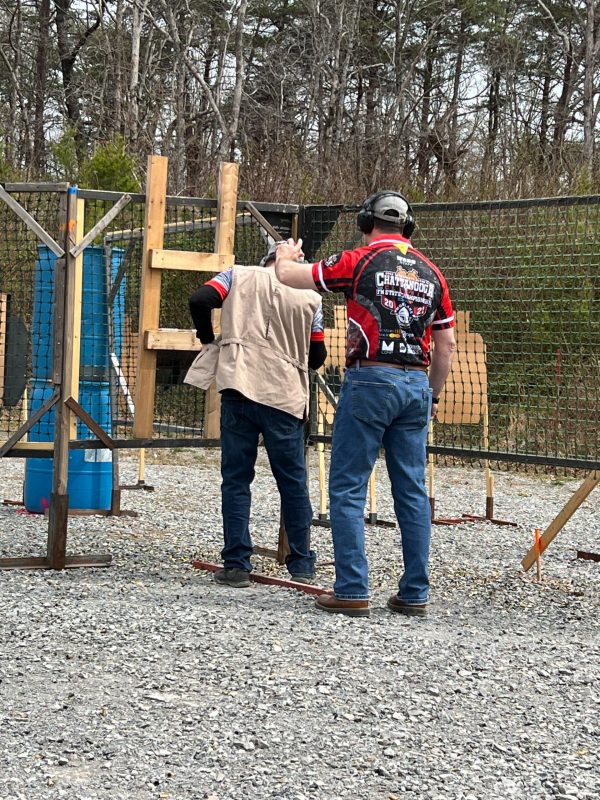 IDPA targets are much different from IPSC or USPSA targets and include "nonthreat" targets that are penalties if shot. The center circle and the circle in the head are the two zones you want to shoot to neutralize the target without incurring penalties. The winner of each division is the person with the lowest total time. Targets are scored by adding time to the total time it took you to shoot the stage. If you shoot all your shots within the two circle zones, your score is considered "zero down," which means no time will be added to your score. Any shots in the first ring around the circle will add one second of time to your total time. Any shots that hit the outside of these two scoring zones will add three seconds of time. And if you completely miss the target, you get five seconds added to your total time. You can see how quick and easy it is to rack up penalty seconds.

To add complexity to the scoring, penalties are also incurred if you impact non-threat targets like the one pictured below. IDPA matches can also use steel targets on stages that must fall to be considered neutralized. If steel is left standing, it's scored as a miss that adds five seconds to your total time. 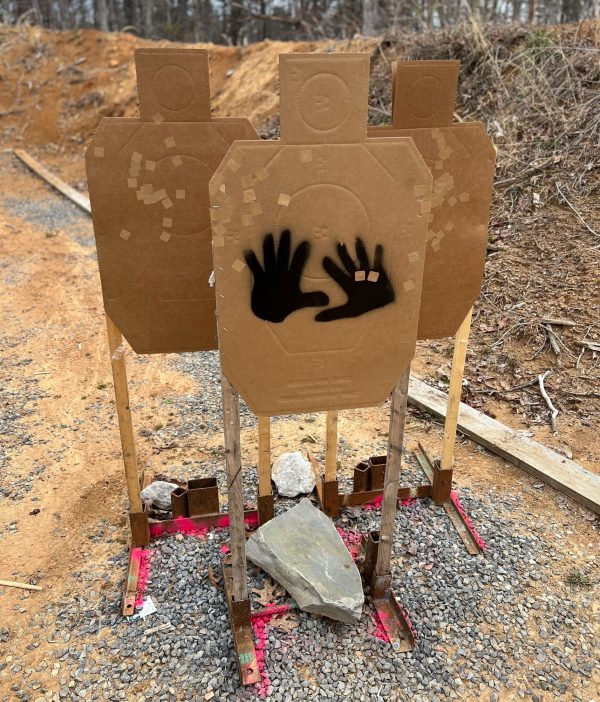 The Cost of an IDPA Membership

For most local IDPA matches, membership isn't required. Many clubs allow new shooters to try out the sport and see if they like it before investing in shooting the sport more often. An IDPA membership gives you the ability to compete in official sanctioned matches, view match results and scores, join clubs, connect with other shooters through member profiles, and more. If you find that you enjoy shooting IDPA and want to attend a higher-level match, that's when you'll need to sign up for a membership. 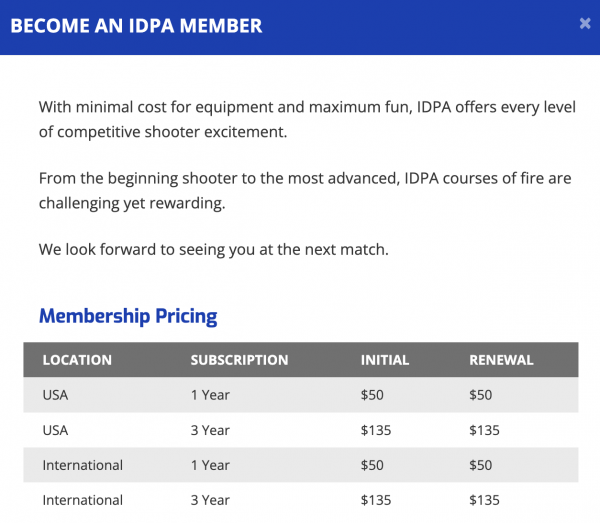 Just like other shooting sports, there are a variety of divisions you can compete in. Different divisions have different rulesets and requirements for the gun you are allowed to use, modifications you're allowed to make, and round capacity. There is no need to go out and purchase a new pistol to compete in IDPA. Whatever gun you carry every day can be used in competition, and I highly recommend using your carry gun to see how you perform with it under pressure. 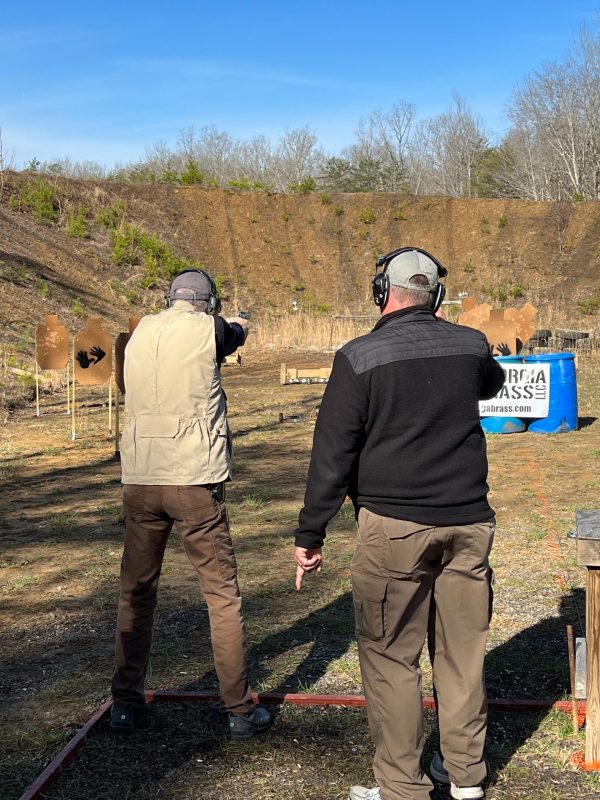 What is great about IDPA is no more than 18 rounds are allowed in one string of fire, so while reloading might be necessary on a stage, you don't have to have a lot of magazines to compete in IDPA. I recommend having at least three magazines, but more never hurt. Magazines with even one bullet in them are not allowed to be dropped and left on the ground, meaning you can perform a tactical reload or shoot your gun dry. Some stages will have target arrays set up so that reloading into a new magazine two times makes sense, so you'll want to have extra magazines loaded and pouches to carry them.

Your everyday carry IWB or OWB holster is all you need to compete in IDPA. As long as your concealment garment covers the gun, you're good to go. Before the summer of 2022, IDPA did not allow you to use appendix holsters, but the rules have since changed, and you can now draw from an appendix holster. A few holster types are not permitted for safety reasons for Range Officers, fellow competitors, and spectators.

Belts may be no wider than 1¾ inches or thicker than 5/16 inches and must pass through a minimum of all but two of
the pant loops. The best belt to use with IDPA is sturdy; just like your holster and gun choice, you can use your everyday carry belt. 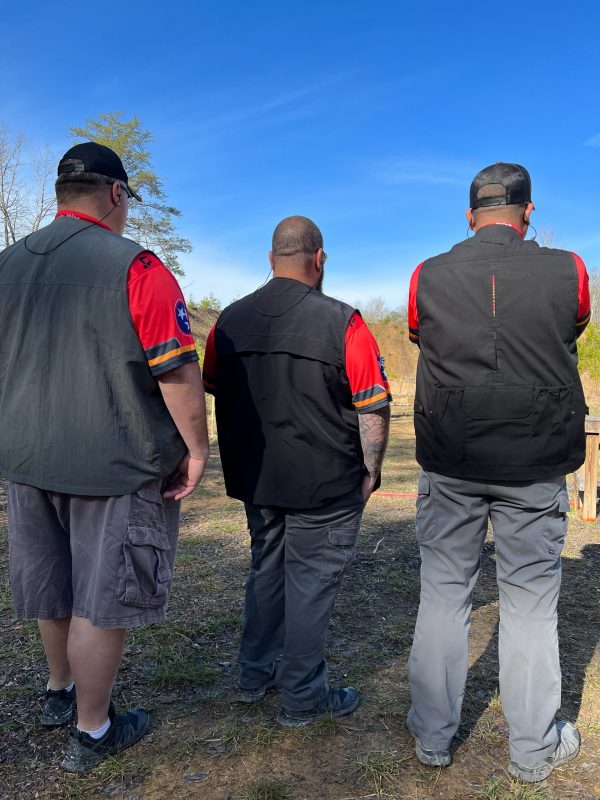 Most IPDA competitive shooters wear a fishing vest of some sort, but any concealment garment that covers your gun is permitted. In the summer, when it's hot, lightweight material vests are your friend. In the wintertime, it's beneficial to try shooting with whatever concealment garment you'd usually wear so you can practice drawing from your holster with clothes you'd normally wear.

There are two ways to find your local IDPA shooting community. The first place is by visiting the IDPA match website page, where you can search matches based on match level, the state you want to search, date ranges of matches, and match tier. The second place to search for nearby IDPA shooting communities is on Practiscore. Practiscore is the place to register for most shooting competitions, including USPSA, IDPA, 2 Gun, 3 Gun, NRL22, and more. Practiscore is also where match results and scores get posted after a match ends. Once you find a local IDPA match or one near you, go spectate and see how the sport works. Most competitors are friendly and happy to answer new shooters' questions because they want to grow the sport of IDPA. Have fun and shoot straight!

Kenzie Fitzpatrick is a professional competitive shooter and an active blogger for many firearm websites. As an NRA-certified instructor and National Range Officer Institute Chief Range Officer, Kenzie trains new shooters on basic firearm safety, brings new shooters to competitive shooting and works major matches across the country. She has a passion for teaching people how to carry concealed and is a positive ambassador for the Second Amendment.