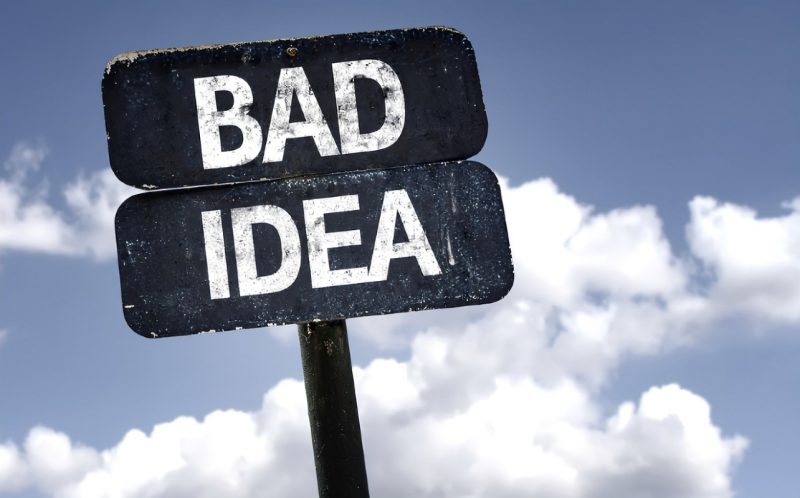 Just because you see someone else do it doesn't mean you should, too.

We all know that if you want to build your proficiency and improve your accuracy with a firearm, you need to practice certain skills, such as shooting, aiming, reloading, drawing from a holster, etc. After all, shooting is a perishable skill. It’s not like riding a bicycle, where 20 years later you still remember how to balance – although climbing that big hill might leave you a bit winded and with sore legs, but at least you didn’t fall off. Shooting, however, is very much a use-it-or-lose-it skillset.

There are some skills, however, that many well-intentioned gun owners practice, either on purpose or accidentally, that are completely useless and can even be detrimental to actual proficiency. Not only are they bad ideas, but some can be downright dangerous.

Fastest Back to the Holster

There is an adage that says, “Nobody has ever won a gunfight by being fastest back to the holster.” Unlike being fastest out of the holster – an actually useful skill – putting your gun back into the holster quickly is not only useless but also dangerous. Drawing the gun fast can give you an edge in a shootout or competition, as it can shave valuable seconds off either your time getting on target against a deadly threat or a cardboard target, but nothing is gained by hurrying to put it back into the holster. Take your time. There is no need to hurry this and accidentally place a shot right down your leg or worse. 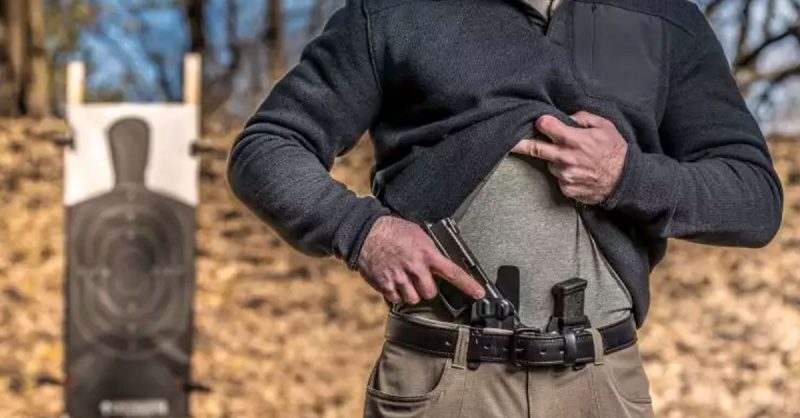 Waving the Gun Around

Sadly, this is not a skill that most people need to practice because they already do it exceptionally well. And by mastering it early, they constantly put their friends, neighbors, and shooting partners in grave danger. 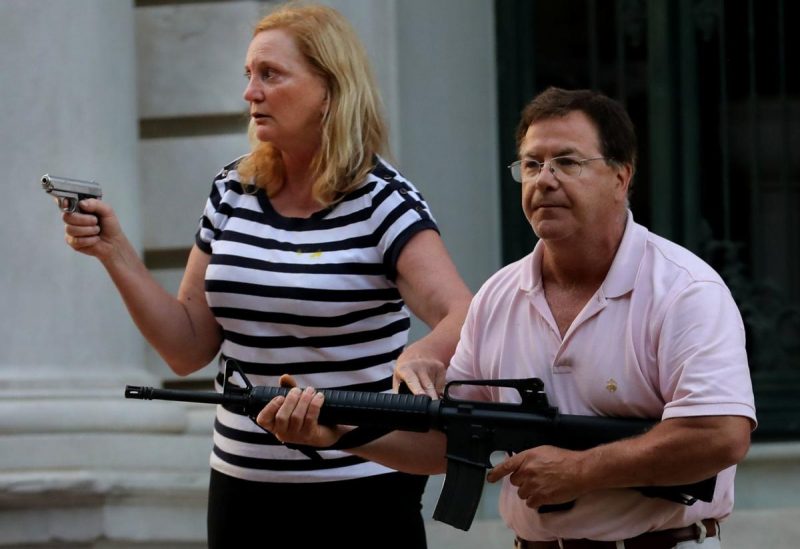 Remember the rule of gun safety that says to never point a gun at anything you don’t want to kill or destroy? It gets violated constantly. As an instructor, I see it all the time, and it’s not just among new gun owners and inexperienced shooters. Plenty of seasoned gun owners violate this important rule, too. Sometimes they even add a bonus violation: putting their finger on the trigger while the gun is pointed at me or others. This one always gets my juices flowing, followed by an immediate shove of the gun toward a safe direction and a sharp scolding directed at the student.

Instead, focus on where your gun is pointed all the time. Be so aware of the dangers that you are super careful to point it in a safe direction at all times, even if it means taking an extra second or two to aim it the right way or set it down pointing down range. Lives depend on it.

Practicing this bad skill can be terribly inefficient and highly dangerous. Scenario: the shooter picks up the loaded gun off the bench and either points it up in the air before bringing it down on target (which I call “Fishing for Bullets” because it looks like casting a fishing pole into the water) or points it down and arcs it up (which I call “Bowling for Bullets”). Not only is this a lot of wasted motion, but the shooter may muzzle the floor, the ceiling, other people, his leg, etc., along the way. Plus, if you're working from a bench in front of you, there is a good chance you will knock the gun into the bench on the way up. Nothing good can come out of that.

My favorite is what I call “The YMCA,” after the famous song by the Village People. Think about the dance where you spell out the letters. This really bad presentation looks a lot like those motions, with the gun flailing in all sorts of dangerous directions, again often performed with the finger on the trigger as a bonus safety violation. Don’t be that guy. 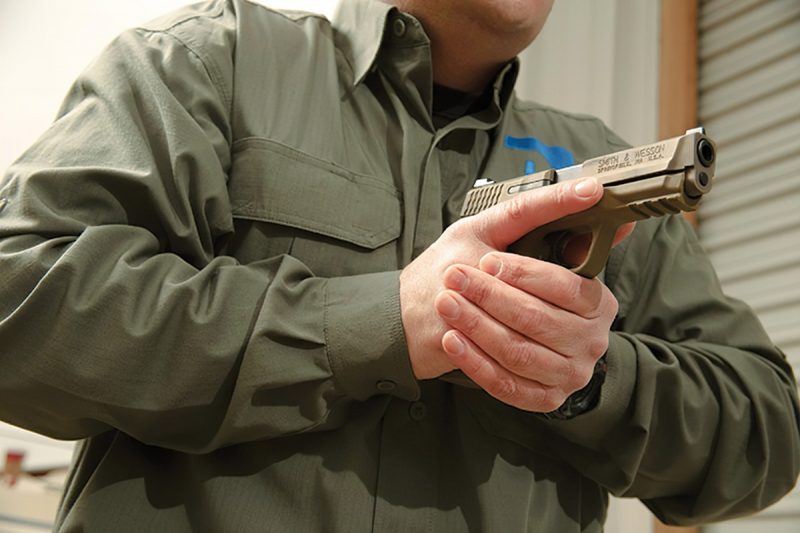 Work instead on cradling the gun in the high read position in front of your chest, with a good grip already formed and your finger off the trigger. When you prepare to shoot, push the gun straight out, line up the sights on the target, and place your finger on the trigger when you’re ready to fire. This pushing out of the gun toward the target is highly efficient and eliminates the dangerous pitfalls of the other bad presentations.

Okay, in all fairness, I hardly ever see this, but it’s a funny one that I’m sure more than one person has “practiced.” We’ve all seen the western movies where the cowboy twirls his six-shooter before slickly and quickly flipping it into the holster. As we established a few paragraphs back, the quick-to-the-holster shenanigan is neither necessary nor safe, but it makes for good entertainment on the silver screen. Remember, kids, never get your gun advice from Hollywood.

The main reason cowboys can get away with the trigger twirl is that their revolvers are single action, meaning the hammer must be pulled back for the trigger to work. If the cowboy has just shot his gun, the hammer would be forward, so the gun won’t fire, even with the twirling motion.

However, this is a bad practice anyway because many tragic things can happen if something goes wrong. First, not everyone who twirls their gun uses a single-action revolver. I’ve seen people try it with a semi-auto striker, which could easily go off if too much pressure is applied to the trigger during the twirl. Second, there is a good chance the gun will get dropped, which is never good. The least that can happen is the gun gets damaged. The worst that can happen is the gun goes off when it hits the ground and the bullet finds its way into a person.

Nothing good can come out of The Trigger Finger Twirl or any other “skills” mentioned above. Instead, practice safe gun handling skills so nobody gets hurt.

Remember that in all things gun-related, the first rule is to be safe. Use good judgment. Follow the fundamental safety rules. And, again, don't get your gun advice from Hollywood.

Categories: Training & Personal Protection
Tags: David Workman, bad habits to avoid & what not to do with a gun
Posted By: David Workman