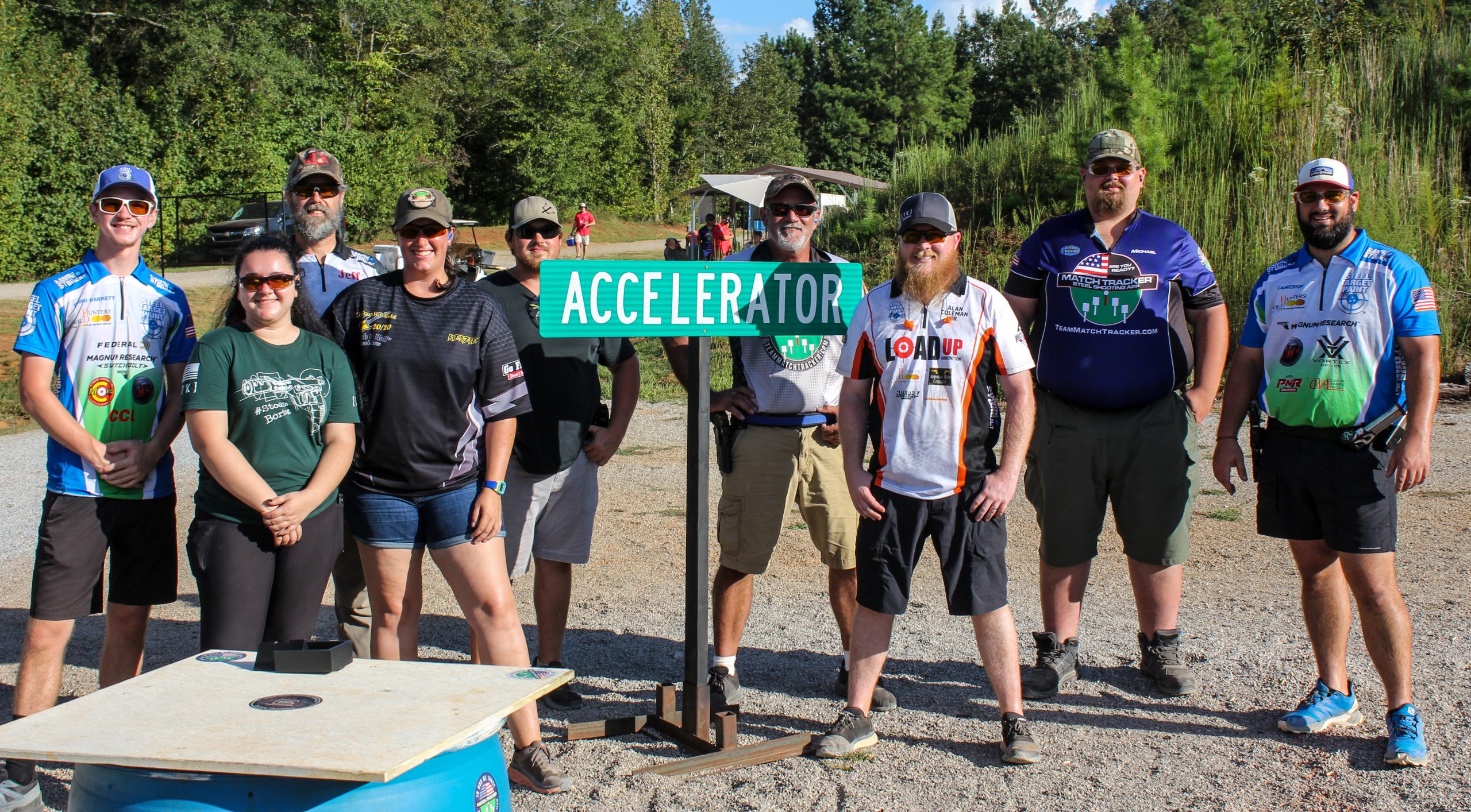 In our Competitive Shooting Guns & Gear Series of blogs, we'll go over specific shooting sports, what's needed to get started, what it costs to get involved, and a basic overview of the sport. The third shooting sport in our series is the Steel Challenge Shooting Association, also known as SCSA.

SCSA is, in my opinion, the best introduction to shooting sports for people of any age and any shooting level. There are eight stages in the Steel Challenge Shooting Association that are universal to all SCSA shooting competitions, meaning the same stages are shot all across the United States of America. These stages were designed to be simplistic (not easy) and to provide an easy approach to getting started in shooting sports. There are no surprises when you go to one of these competitions, you can practice the stages at home, and it has a low barrier to entry when it comes to the guns and gear needed to compete.

Five Steel Challenge steel plates are used for each stage, but the targets' size and shape vary from one stage to the next. One of the five plates is called the "stop plate." The stop plate is always the last target you shoot on a stage, which stops your time. Seven of the eight stages are shot five times, with only the fastest four runs added together. The stage titled "Outer Limits" is only shot four times, with your fastest three runs added together. The winner is the person who shoots the fastest time. 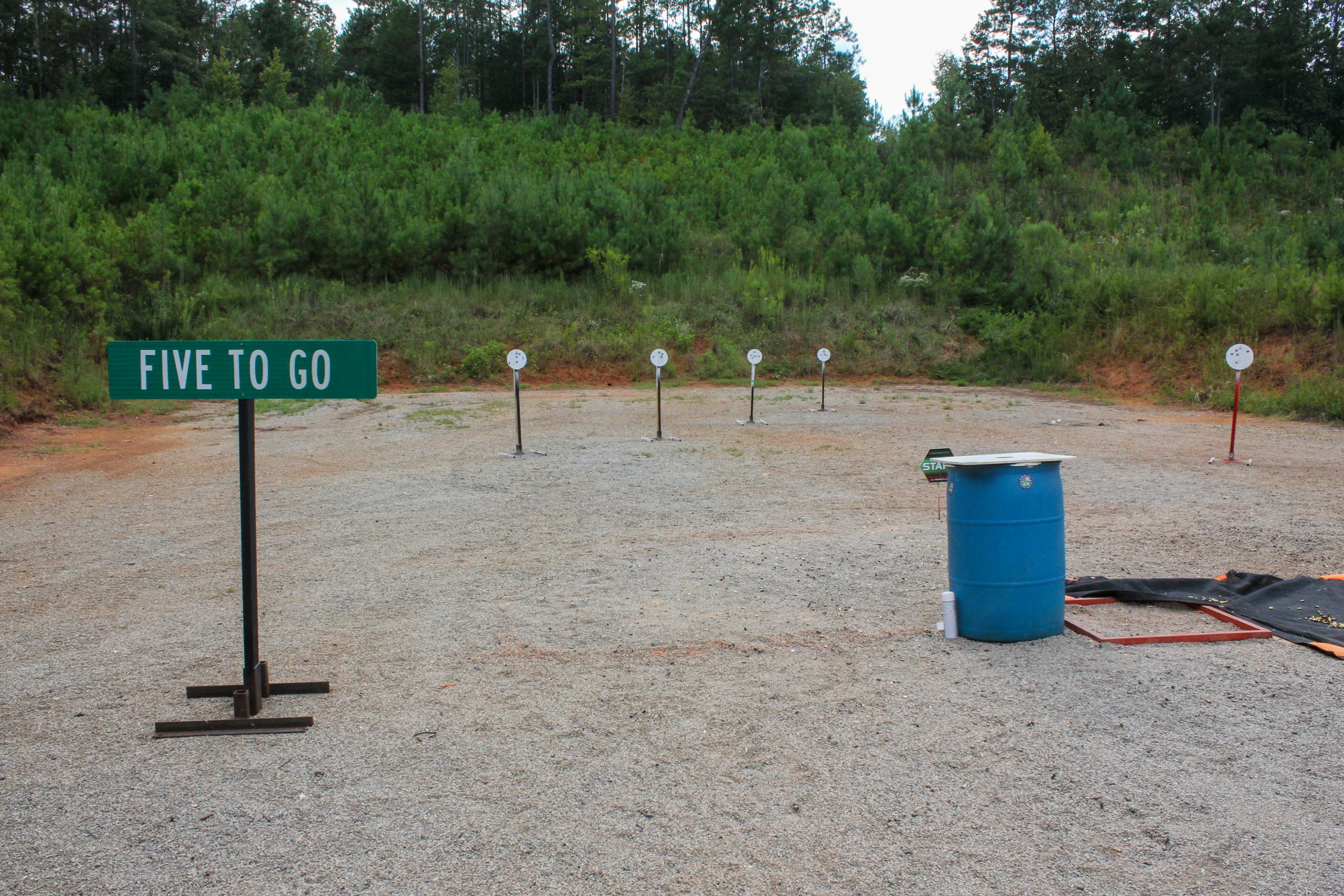 The order in which you shoot the non-stop plate targets is the shooter's choice. Any plate that has not been hit before the stop plate will be a miss. Each miss on a plate will result in a 3-second penalty, added to the competitor's time for that string. You can incur other penalties, including coaching penalties at higher-level matches, foot faults, moving hands towards the firearm at the start signal, not hitting the correct targets from the correct box on the Outer Limit stage specifically, and a few others.

The rules of SCSA are available online, and they include the range rules, general event rules, the different division rules, and include the diagrams for the stages in the appendix.

The Cost of an SCSA Membership 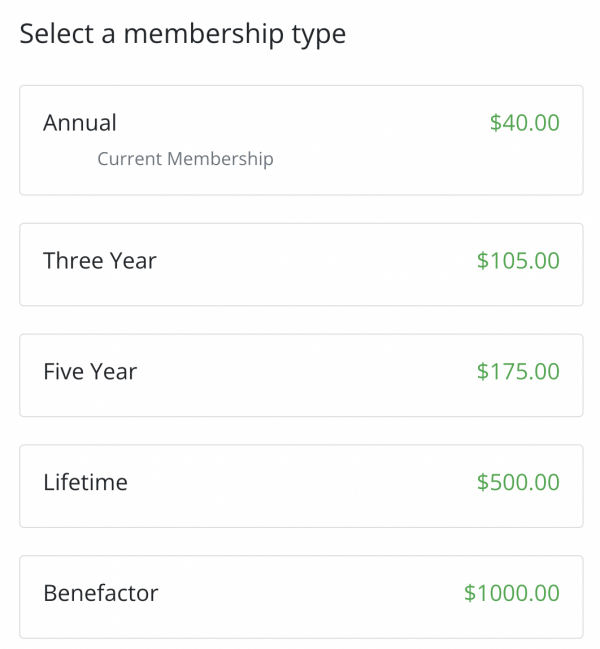 Steel Challenge Shooting Association is an Organization of USPSA, so membership to USPSA is also your membership to SCSA. Tier 1, local matches do not require you to have an SCSA membership to compete, but Tier 2-4 matches do. To join or renew, visit SCSA's website.

The best part about SCSA is the only items you absolutely need to shoot are a gun, a few magazines, and ammunition. Several divisions you can compete in do not require you to draw from a holster but instead have you start at the low ready position. Steel Challenge is also one of the few shooting sports that include rimfire firearms divisions. Rimfire firearms must be .22 Long Rifle (.22LR) only.

Just like other shooting sports, there are a variety of divisions you can compete in. SCSA has pistol, rifle, and pistol caliber carbine divisions. One of the most common firearms people shoot in Steel Challenge is a 10/22 rifle since it's a popular gun among gun owners. For many of us, this was our first real firearm and one we've passed down from one generation to the next. The rimfire divisions and PCC division all have the start position at the low-ready, which means no holster or belt is needed to compete. This also means you don't have to draw from a holster, which can be intimidating for a first-time shooting competition.

There are a maximum of five strings per stage in Steel Challenge, which means it's a good idea to have at least five magazines for the firearm you are competing with. If you have a longer magazine for a 10/22 rifle or a pistol caliber carbine, then you may only need two or three magazines since the capacity is higher. Magazine pouches are only needed if you plan on shooting a centerfire pistol division like Single Stack or Carry Optics. You'll need to reload between strings to have enough rounds to complete each one. 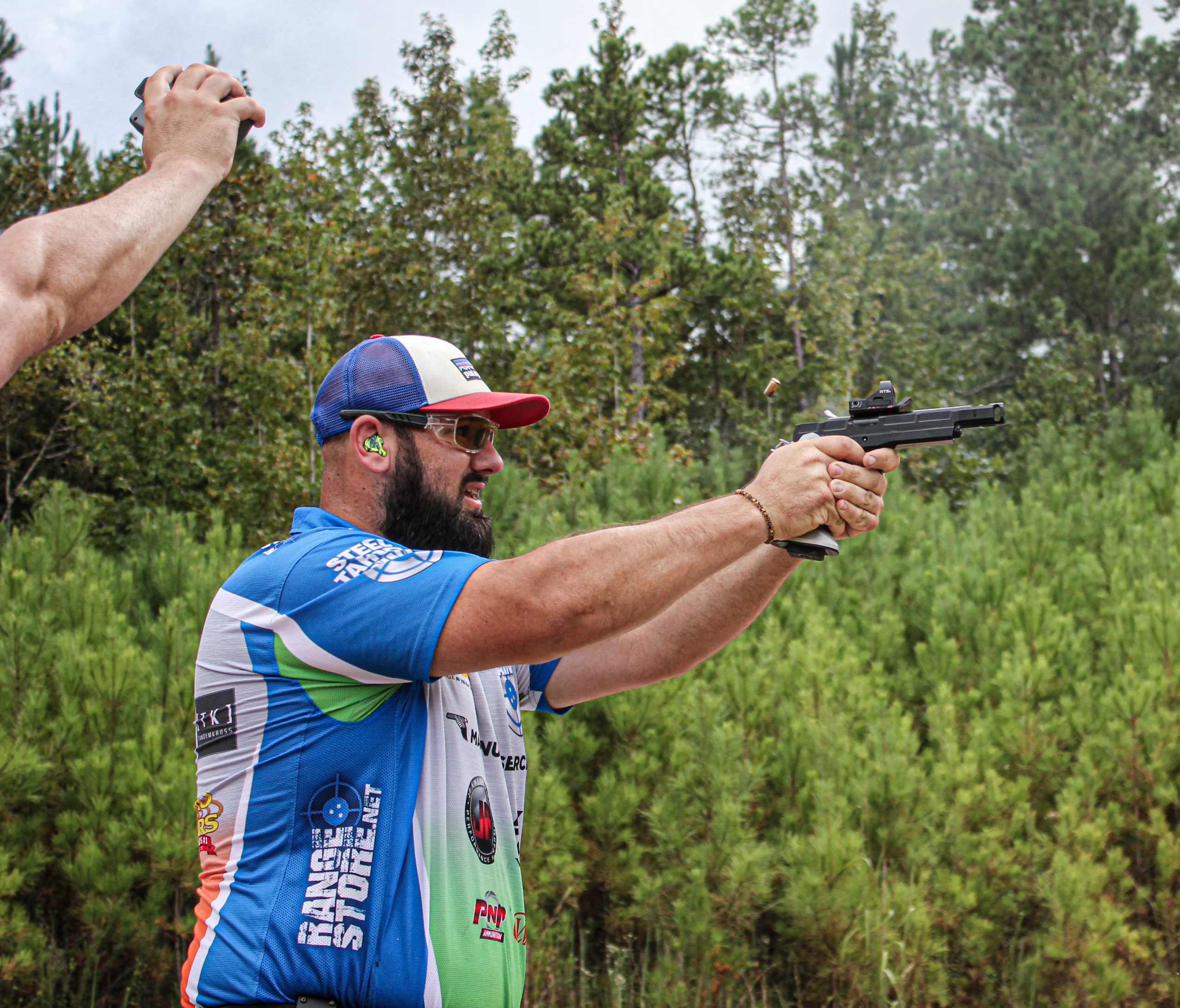 A holster is only necessary if you plan to compete in one of the centerfire pistol divisions. In general, holsters shall be mounted at the waist, must cover the trigger, and must safely hold/retain the gun. Division-specific holster restrictions may apply. Drawing from concealment or from inside the waistband is not allowed.

A sturdy belt should be used to support the weight of your holstered pistol and loaded magazines in magazine pouches.

There are two ways to find your local SCSA shooting community. The first place is by visiting the SCSA website "Matches" page, where you can search local, state/section, area, and National level matches. The second place to search for nearby SCSA shooting communities is on Practiscore. Practiscore is the place to register for most shooting competitions, including USPSA, IDPA, 2 Gun, 3 Gun, NRL22, and more. Practiscore is also where match results and scores get posted after a match ends. Once you find a local SCSA match, go spectate and see how the sport works. Most competitors are friendly and happy to answer new shooters' questions because they want to grow the sport. Have fun and shoot straight!

Kenzie Fitzpatrick is a professional competitive shooter and an active blogger for many firearm websites. As an NRA-certified instructor and National Range Officer Institute Chief Range Officer, Kenzie trains new shooters on basic firearm safety, brings new shooters to competitive shooting and works major matches across the country. She has a passion for teaching people how to carry concealed and is a positive ambassador for the Second Amendment.