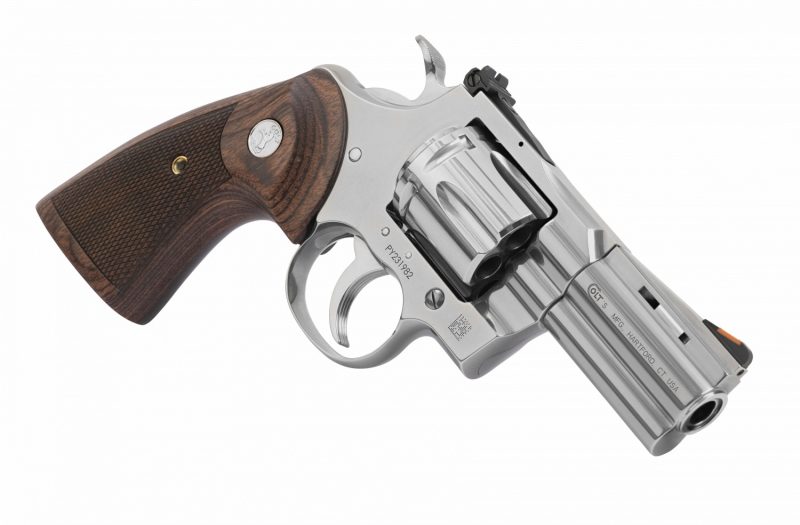 Among the many products to come out of SHOT Show 2022, 7 handguns stood out to Travis Pike for different reasons.

SHOT has come and gone. In its wake are the SHOT Show crud, a million press releases, and dozens of new guns. All of this brings a lot of static, hype, and excitement. Sometimes too much, and it can be hard to sort through. I’m nice enough to sort through the static and bring you the top 7 new handguns of 2022. Let’s see if your favorite made the list.

The micro-compact world has grown by one more, and it’s being done by PSA. PSA announced the Dagger a few years back, and this year they unveiled the Dagger Micro. The Dagger Micro will use Glock 43X slides and a proprietary 15 round magazine. Although, it will reportedly use standard Glock 43X magazines as well. 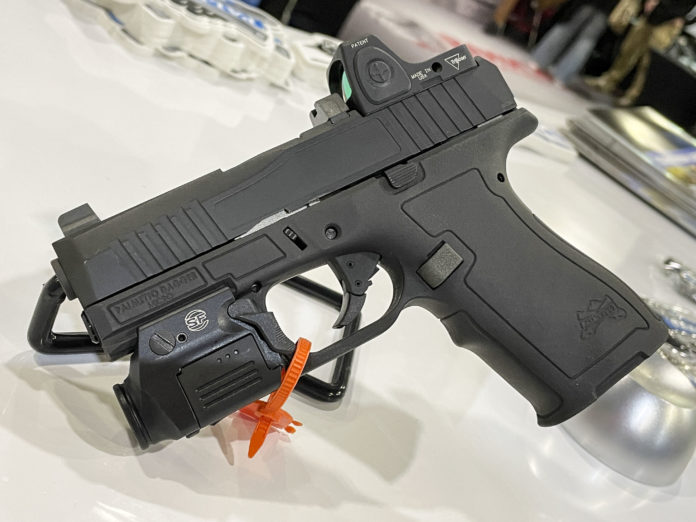 The Dagger Micro comes optics ready and standard with a rail to accommodate a variety of mini lights. The Dagger Micro might be the P365 killer we’ve all dreamed of! Well, maybe not, but the price is right at 299 for the standard model and 399 for the optic’s ready version. Not bad by any means. It’s one of my personal favorite new handguns.

While we are on the subject of micro compacts, the KelTec P15 comes in hot. The P15 puts the micro in micro-compact, at least as far as width and weight goes. At only 15 ounces, it’s super lightweight, and at .875 inches thick, it’s one of the thinnest compacts on the market. At the 15 implies, the gun holds 15 rounds of 9mm in the full-length magazine and 12 in a flush-fitting version. 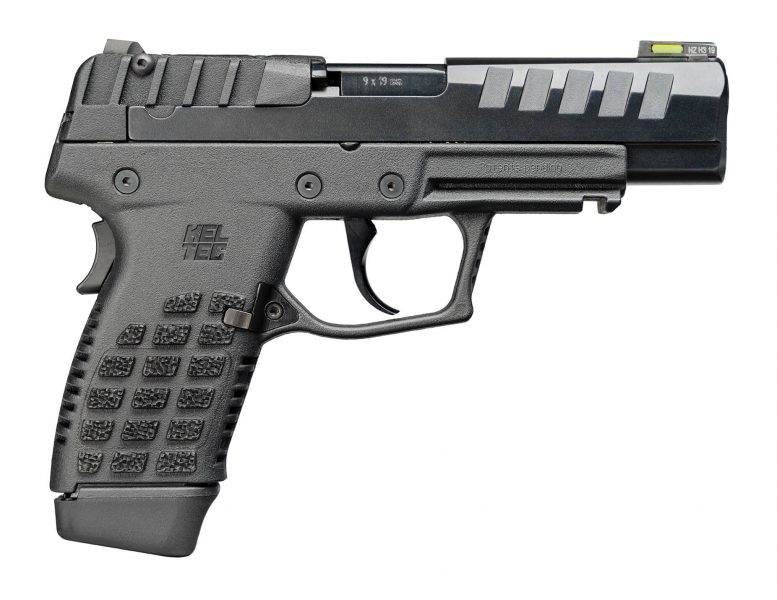 KelTec promised to release a variety of models, including optic’s ready guns, and they even showed off a metal-framed model with wood grip panels at SHOT. The P15 is a bit longer and taller than most and features a 4-inch barrel making it more like a thinner Glock 19 than a true P365 competitor.

The Ounce From Third Bay LLC

One of the odder new handguns in the Ounce from Third Bay LLC. This is a weird pistol, but hear me out. It’s a bullpup 22 LR semi-automatic firearm with a fixed magazine located above the barrel. Oh, and it folds in half for total concealment without a holster. The Ounce is designed for deep concealment, and it is a unique take on the semi-automatic pistol has me intrigued. 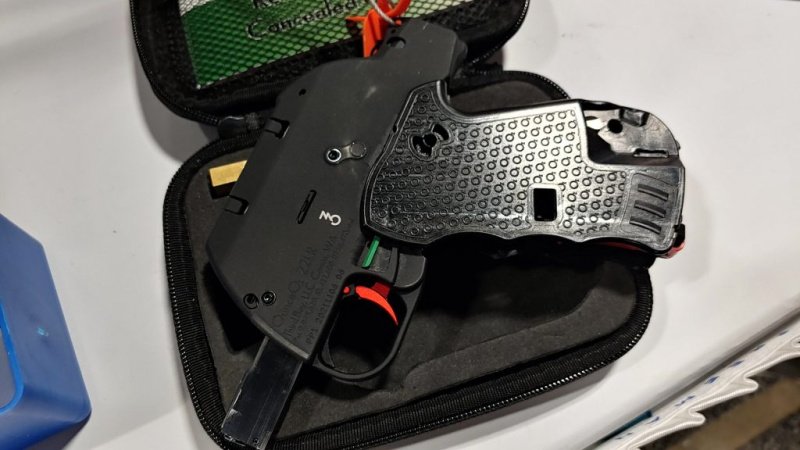 The Ounce packs ten rounds of 22 LR in a very small package. While the name is the Ounce, the gun actually weighs 8 ounces total. When folded, the weapon cannot be fired and is easily carried. The empty cases eject out of the bottom of the grip, and while it lacks sights, this isn’t a long-range weapon.

FN redesigned the classic Hi-Power so much that they decided to change the name to High Power. At first glance, the changes seem small, but once you get your hands on the gun, you’ll instantly recognize the difference. The grip’s extended and uses a 17 round magazine. The ejection port has been opened up, the beavertail slightly extended, and a new take-down lever makes it easy to take the weapon apart. 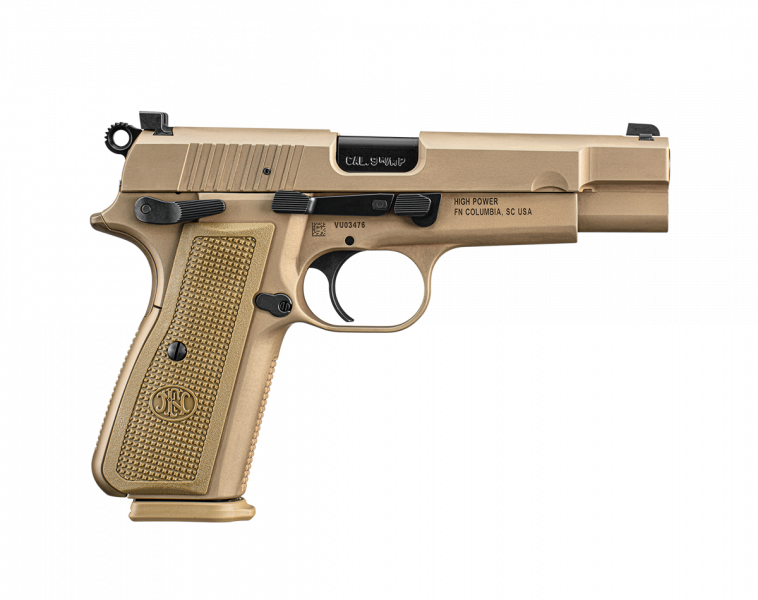 The High Power still delivers the single-action design the Hi-Power is famous for, but with drop-free magazines, no slide bite, and enhanced reliability. The FN High Power looks great, and I can’t wait to see it hit the market. I’m excited to get my hands on this new take of a true classic. 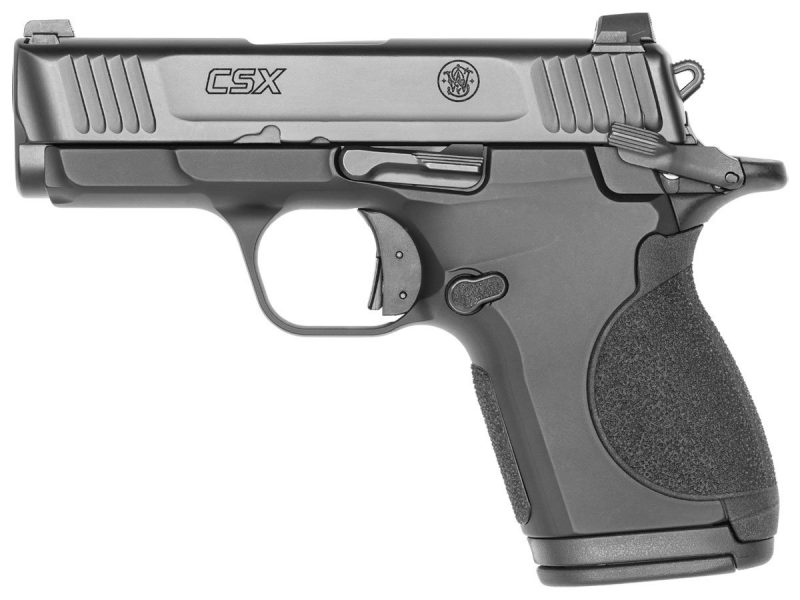 The Colt Python made a huge comeback a few years back, and Colt continues to bring out newer models that harken back to the classic snake gun. The latest Colt Python shrinks the big revolver and puts a 3-inch barrel on the full-sized frame. 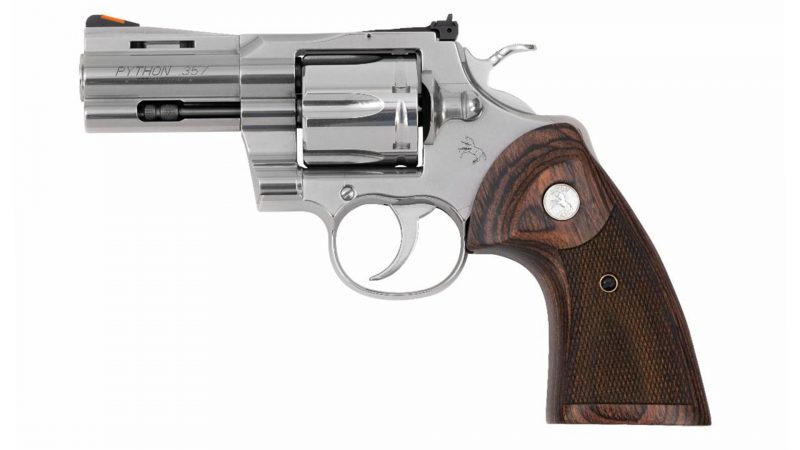 The shorter barrel makes it a tad more carry-friendly, but it’s still a big gun. The Python holds nothing back, and much like the High Power, it's a new take on a classic design. Colt produced a winner with the Python, and now it's become easier to tame.

So far, all the guns on this list have been aimed at the concealed carry and self-defense market. Or at least they would be acceptable there. The last gun on this list is the Heritage Manufacturing Boot, and it's just a fun gun. The Boot is a full-framed .22 LR single-action revolver with a 1-inch barrel and a set of bird's head grips. 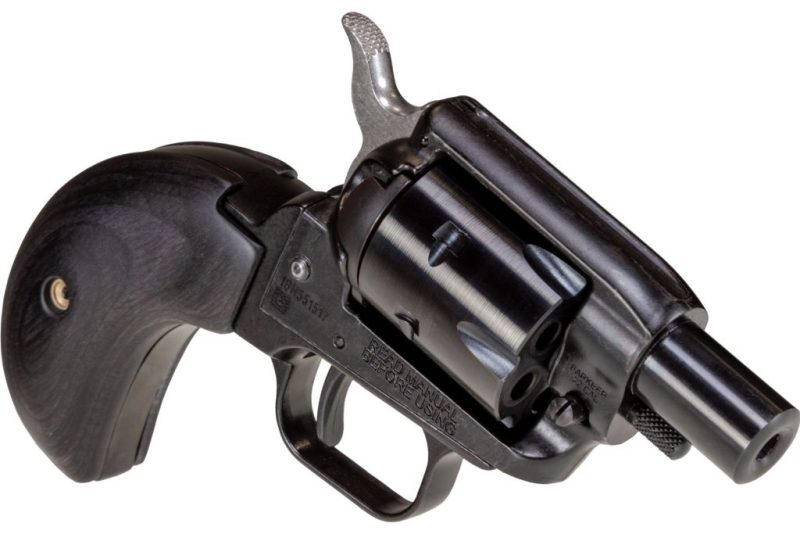 The Boot lacks any kind of sight and is a weird-looking little gun. It’s a fun gun, much like every other variant of the Rough Rider. The Boot packs very little punch, but boy, oh boy, it’s guaranteed to be a rimfire smoke wagon.

New Handguns For Everyone

SHOT and 2022 have shown us a whole new slew of firearms—some for concealed carry, some new takes on old classics, and some real weirdos. I’ve covered what I think are the most interesting new handguns, but I have to ask the crowd, what’s your favorite new handgun? Which should I add to my list? Let me know below!