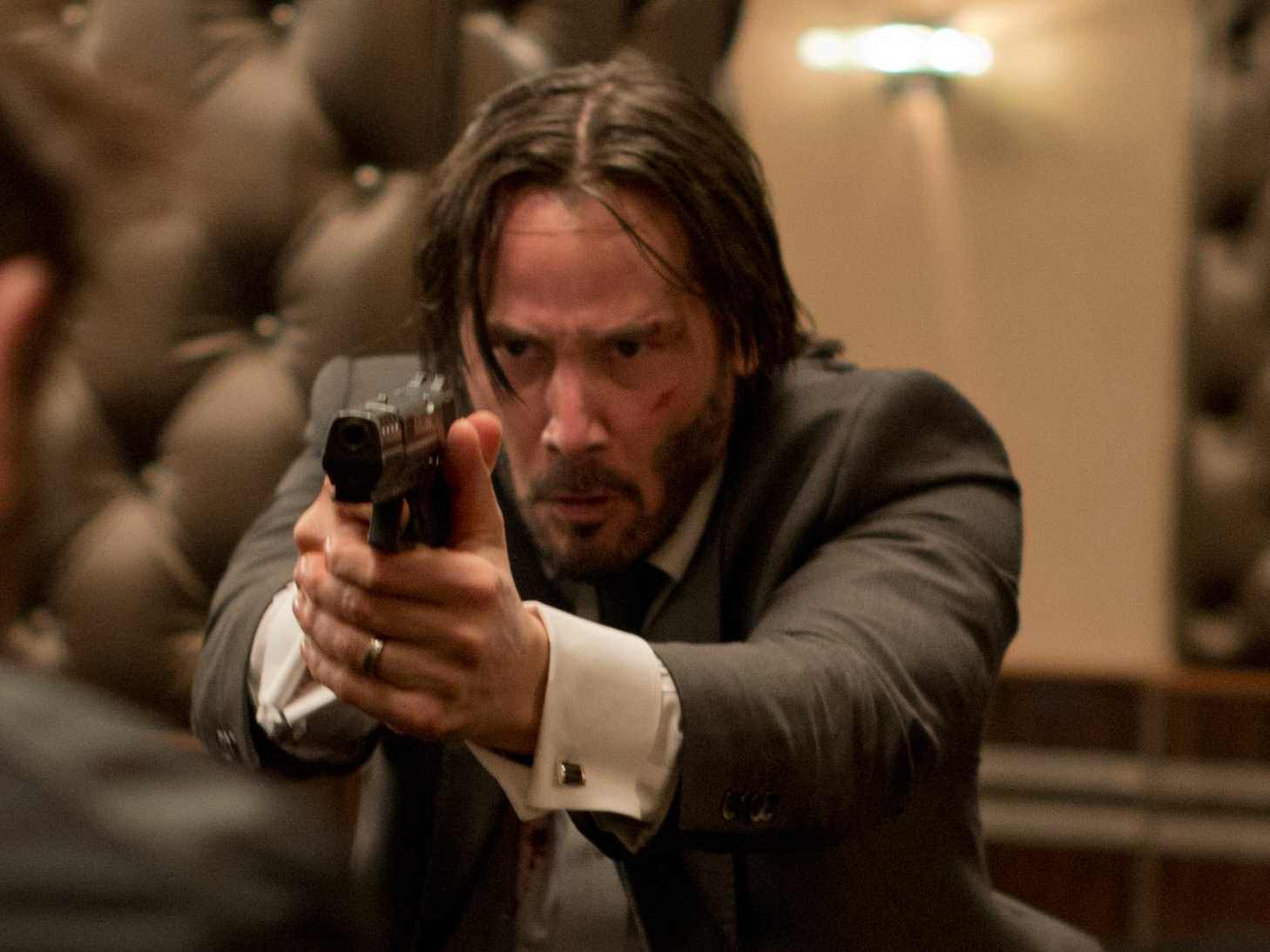 We can't all be John Wick. But we can own his guns.

John Wick changed the world of films. It completely transformed action movies and makes every other action movie feel a bit lame. Part of the appeal of these films is how the characters handle their firearms. The actors and actresses clearly received training with their firearms, and it shows. John Wick might be the star of the film, but his co-stars are most certainly the firearms around him. We've gathered five of our favorite handguns from the series, all of which you can easily purchase on the open market.

Inside the World Of John Wick

Movies are just movies, am I right? Rarely does a movie make actual good choices for defensive firearms. Movies are movies, but John Wick went a different route. The Wick films often choose realistic, well-made, and reliable firearms for their characters. In fact, most of them are excellent choices for defensive purposes. Here are not only the best but the most practical choice from the John Wick universe.

Sofia Al-Azwar, aka Halle Berry, wields a SIG Sauer P365. This heavily customized model comes with some goodies from Gray Guns and sports a threaded barrel, which makes it perfect for a suppressor. Assassins need suppressors, but we never see one used. The P365 is a micro-compact 9mm, and it sports a relatively high capacity for such a small gun. 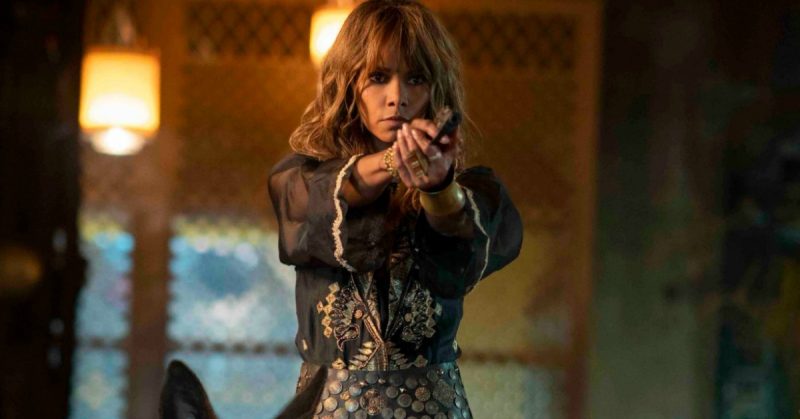 In John Wick, the Sofia character wields the weapon with brutal efficiency. In real life, the P365 is one heckuva of an awesome concealed carry pistol and is my personal choice. I'm not as cool as Halle Berry, but I can appreciate the pistol and handle it very well.

In the inaugural John Wick film, we see our titular character dig up his old gear and guns. From an OTF knife to the various handguns for his return to work. His main handgun being the Heckler and Koch P30L. L stands for Long, and the gun features a slightly longer barrel than the standard P30. 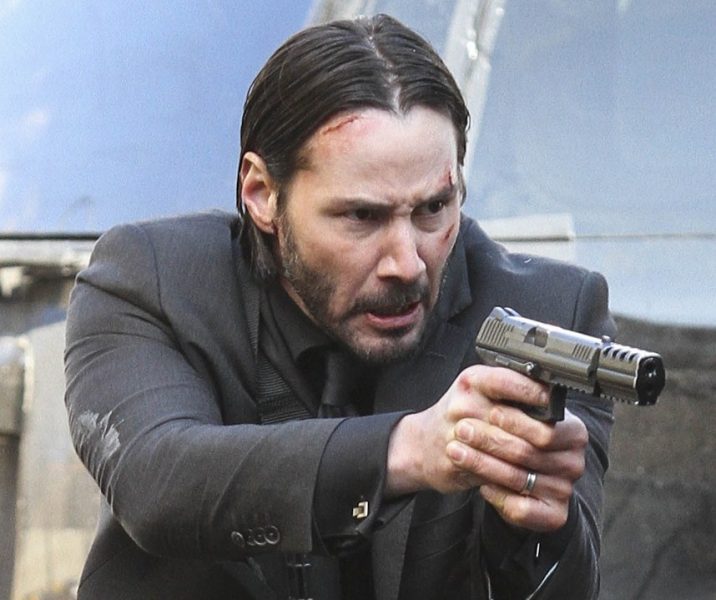 The P30 series is seriously underrated and one of my favorite DA/SA guns. The ergonomics are outstanding, as are the reliability and controls. It's one of the most modern DA/SA options, and Wick wields it to great effect throughout the first film.

Who doesn't love an armory scene? In the third John Wick film, we see Wick and company arming up and the handgun of choice being a 9mm STI 2011 with the Combat Master package from Taran Tactical. This decked-out, highly customized gun is mostly seen in the hands of competitors, but STI, now named Staccato, has plenty of their guns approved for duty use.

John Wick wields this heavily customized and extremely expensive pistol with ease and takes down tons of bad guys with it by his side. That, and about half a dozen 23 round magazines. This big weapon is extremely accurate and a real soft shooter. Albeit, it's a gun heavy enough to be a club if necessary.

Speaking of Combat Masters, let's rewind to the second film. John Wick lost his P30L when a bad guy grenaded his house. In its place, the Sommelier outfitted him with a Glock 34 with the Combat Master package by Taran Tactical. John certainly likes his gun large, and the Glock 34 is the long slide 9mm Glock. 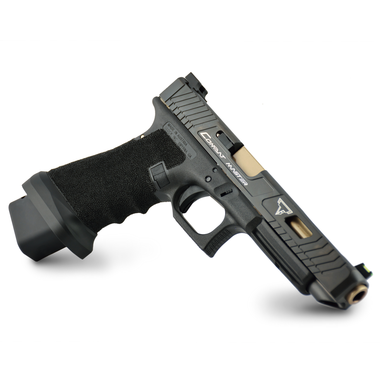 It's popular in competition due to its long sight radius, easy handling design, and relatively mild recoil. The Combat Master pushes all that to the next level and gives a gun worthy of Wick. The Glock 34 combines Glock's famous reliability with the Combat Master package, making it an even sweeter handling pistol. 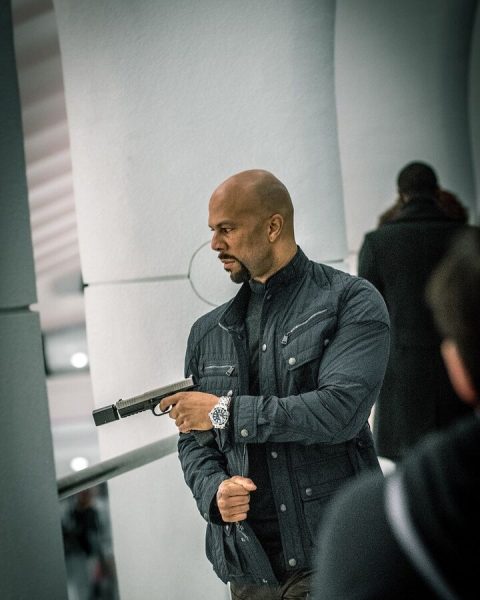 The Strike One is imported to the states but sadly can be hit or miss on availability. Overall, it's a fantastic firearm with tons of potential, and I hope to see it imported in greater numbers. It's a striker-fired gun with a polymer frame but does feature a great trigger, excellent ergonomics, and is very controllable.

I only covered the handguns of John Wick. In fact, the movie is so full of firearms that I couldn't possibly cover them in one article. We have shotguns, rifles, SMGs, and more we could talk about. With that in mind, what's your favorite Wick weapon? Let's open it up to every firearm in the series! Sound off below.