The Top 5 Handguns of John Browning 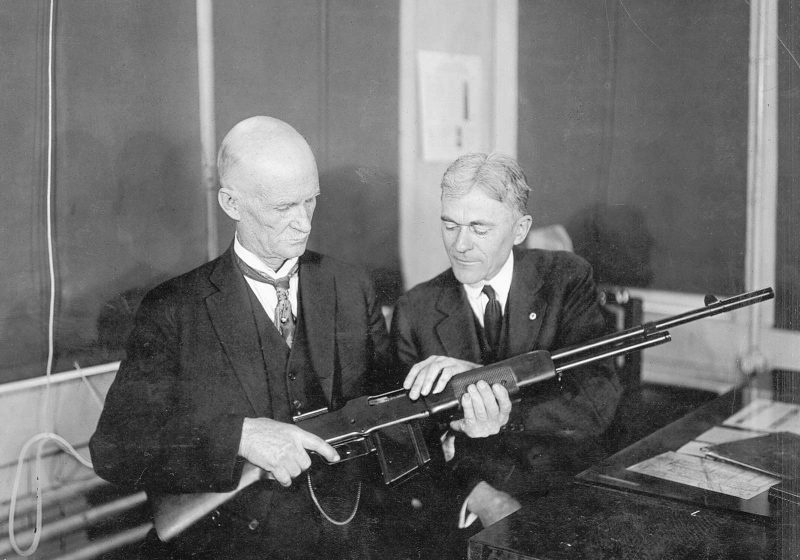 John Browning created enough guns to have a book written about him, and he has. Today is all about his top 5 most influential handguns.

John Browning is the patron saint of American firearm designers. He designed weapons that have been in service for more than 100 years. He was a mastermind of firearms design. Today we are going to look at his top five handguns. How do you choose just five from such a storied legacy? Well, I found the five most influential and went that route.

It goes without saying the 1911 has to be on a list of John Browning firearms. The 1911 was created at the behest of the United States military as they transitioned from revolvers to semi-automatic pistols. The 1911 is a semi-automatic, short recoil-operated, magazine-fed, .45 caliber pistol. It’s served in every war since World War 1 in some capacity or another. The gun served as the general issue handgun for the United States military from 1911 to 1985. 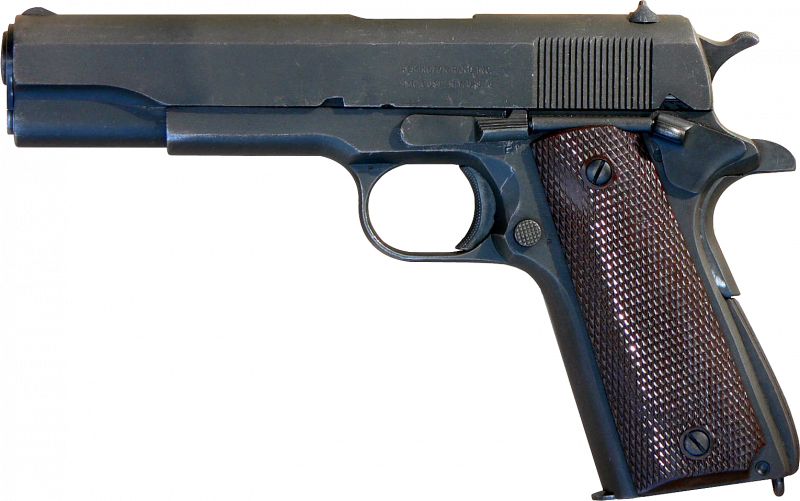 The 1911 still serves in the hands of Special Operations commandos, the FBI Hostage Rescue Team, and Los Angeles SWAT, and numerous other specialized units. The 1911 is one of the most mass-produced firearms in the world and is enjoyed by both concealed carriers and commandos. It’s reputation for accuracy, reliability, superior ergonomics, and the famed .45 ACP round has kept it around for more than 100 years now. 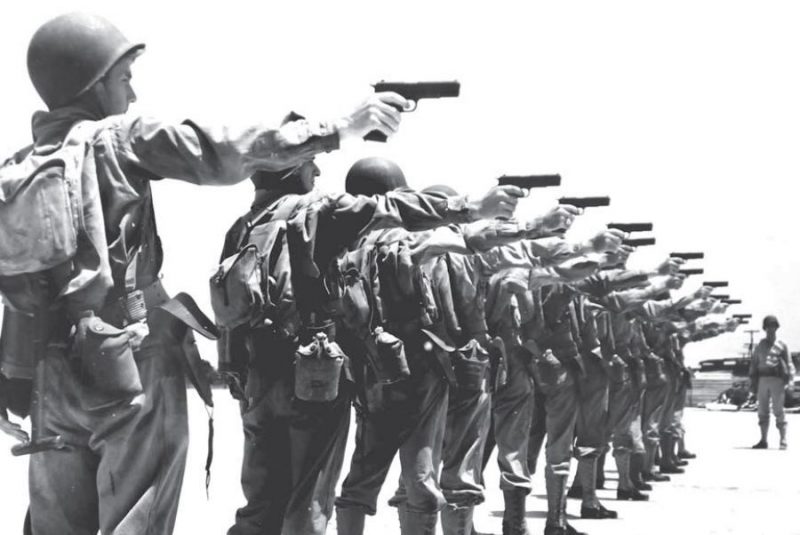 We all love our wonder nines -- those high capacity 9mm pistols that have taken over the market as of late. Who started that? John Browning. The Browning Hi-Power was his last design, but unfortunately, Mr. Browning didn’t finish the design before his death. The Browning Hi-Power is still mostly a browning design, and like the 1911, it’s legendary. This 9mm held 13 rounds at a time where eight was standard. 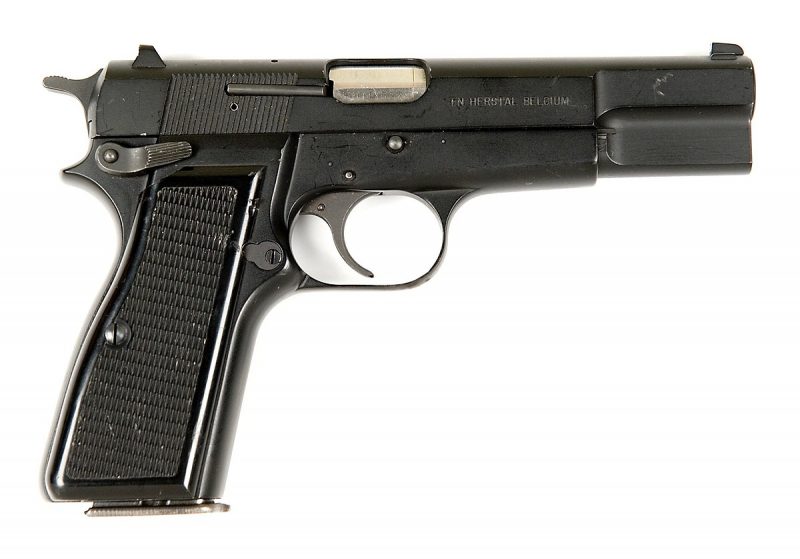 The Hi-Power was adopted by over 50 different countries, and in many different ways, it’s the 1911 of Europe. To this day, the Hi-Power is still being used and is still capable of keeping up with the demands of modern warfare. The Hi-Power is exceptionally accurate, reliable, and modern variants hold up to 17 rounds of 9mm. 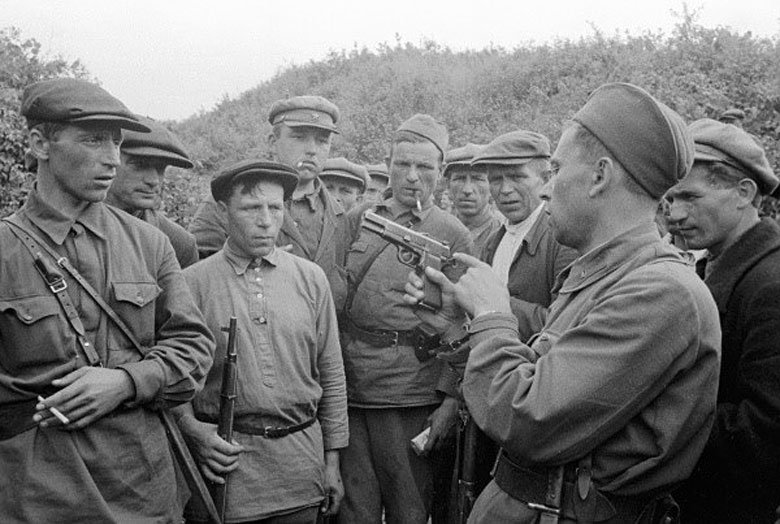 Throw a stick in a gun store, and two things will happen. First, you’ll be asked to leave, and second, that stick will hit a .380 ACP handgun designed for concealed carry. The Colt 1908 was the gun that started it all. The Colt 1908 Pocket Hammerless is a compact .380 ACP pistol that was designed for low profile carry. The 1908 is a simple blowback pistol that was reliable and accurate but was known for its harsh recoil. 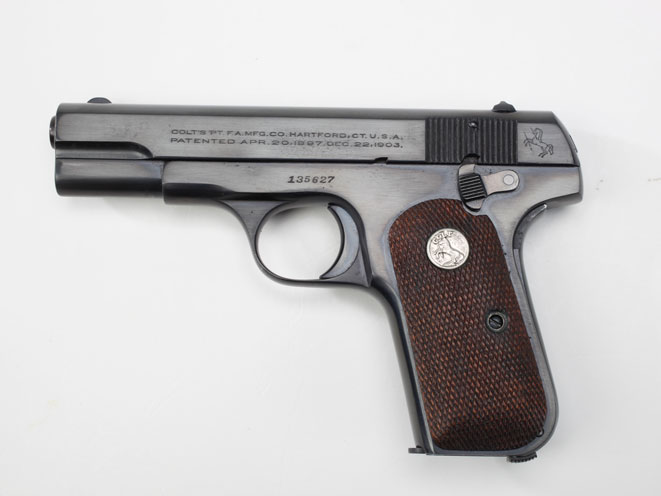 The Colt 1908 Pocket Hammerless might now have been anything like modern .380 ACP pistols, but it started the craze we all know now. The 1908 was small for its time and packed, and the John Browning designed .380 ACP cartridge was more powerful than the popular 32 caliber rounds at the time. The 1908 even served as the General Officer’s pistol in World War 2 and were issued to men like Eisenhower and Patton. Colt brought the 1908 back for a limited run that sold out nearly instantly.

When you talk modern concealed carry pistols, you are talking ultra-compact and lightweight firearms, and the FN Model 1905 is that to a T. The FN Model 1905 was a micro-compact pistol chambered in the John Browning created .25 ACP cartridge. The .25 ACP gave centerfire reliability with .22LR power, recoil, and size. The little 1905 is roughly the same size as most modern pocket pistols, proving John Browning was way ahead of the curve. 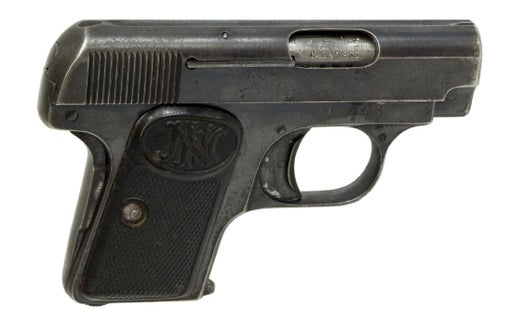 The FN Model 1905 was 4.5 inches long with a 2.1-inch long barrel. That’s teeny tiny these days, and even more so for the pistols of the time. This little guy proved to be a big deal when it was used to save more than 100 Jews from a concentration camp when the Belgian resistance attacked a convoy. 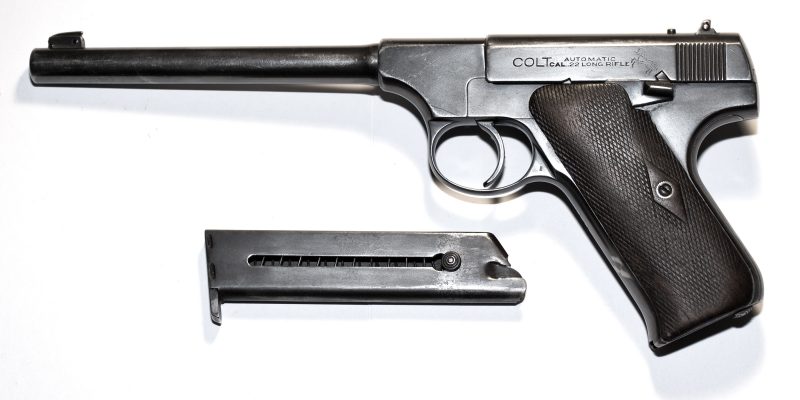 The Woodsman was one of the first .22LR automatic pistols and one of the most successful. The Woodsman was a sure shooter, and unlike most John Browning designs, the Woodsman was never used for combat. It was still used by the military as a training pistol. The Colt Woodsman’s legacy is one of plinking, hunting, and learning.

John Browning designed dozens of firearms. His designs ranged from lever-action rifles to the first pump-action shotgun, the first heavy machine gun, and five highly influential handguns. The man was a mastermind. It’s hard to believe so many designs could come from one man, but here we are, basking in the light of John Moses Browning.