The Tiny but Powerful Springfield 911 with Rubber Grips 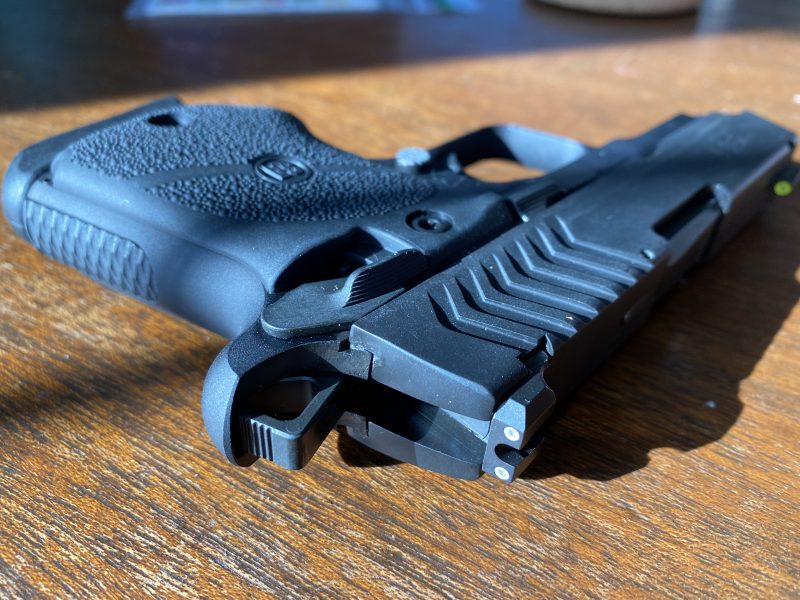 A small but mighty version of the venerable and beloved design.

Springfield Armory’s introduction of the 911 could have not been timed any better. Introduced at SHOT Show 2018, the micro 1911 lookalike hit during the peak of the micro pistol obsession in the industry. Every manufacturer had at least one sub-sub compact semi-auto either already on the market or about to hit store shelves. Concealed carry was at an all-time high, and consumers were screaming for an easy-to-hide option that didn’t shoot .22LR. Enter the Springfield 911 in .380 ACP, stage right.

While the 911 was certainly not the first micro pistol on the market – preceded by offerings from Kimber, Ruger, Smith & Wesson, and others – it was the first true 1911-style operating system, complete with a single-action trigger and the signature manual safety. Others offerings on the market with either double-action with its massive trigger pull or striker-fired. 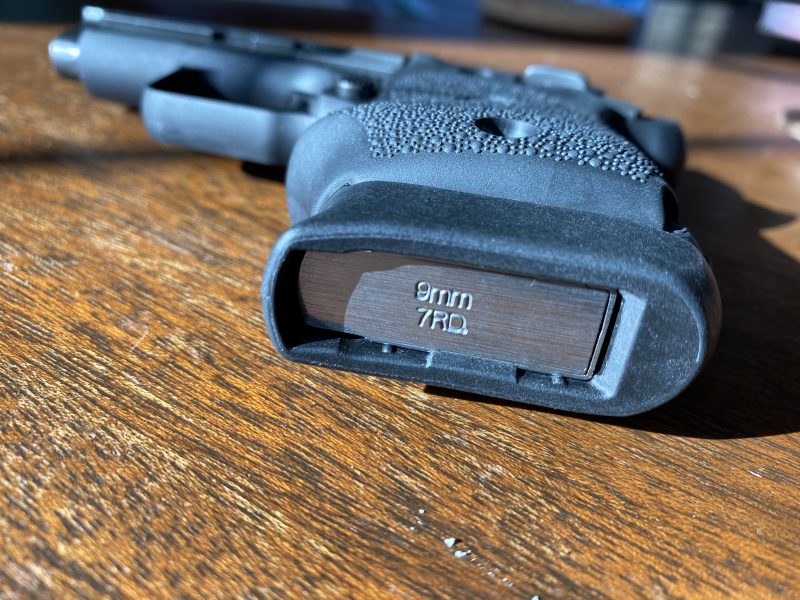 My first encounter with the 911 was while filming a segment for a show that appeared on Outdoor Channel. We were shooting steel plates from 15 yards, not a terrible distance but farther away than most micro pistols are really designed to shoot accurately. Surprisingly, the 911 performed amazingly well, despite its 3-inch barrel and tiny frame. It helped that I had the 7-round magazine in, giving me a bit of a pinky rest. When I tossed in the 6-round mag, my grip leverage vanished along with the baseplate, making the gun much harder to shoot and keep on target for follow-up shots. Both mags slid in and out of the grip easily, making for quick, sure mag changes. The mag release is not ambidextrous but can be switched for you lefties.

That shoot was all done with the original checkered grips. You can still get those grips, but Springfield has added a Hogue-style rubber grip option that makes the gun even easier to shoot. It is also available in 9mm now. That is the one Springfield sent me to evaluate. 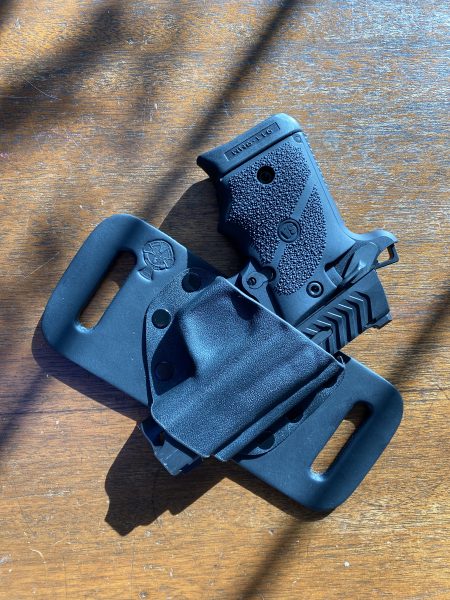 The rubber grip version of the 911 comes with a 416 black nitrite slide that blends perfectly with the black grips for a classic look. Throw in the extended mag for an extra round and now it almost feels like a mid-size gun that is much more fun to shoot. I took mine to my local range and was hitting decent groupings even as far out as 10 yards, a greater distance than the typical defensive encounter where a gun like this would be used.

Sights were easy to pick up, thanks to the Pro-Glo™ tritium/luminescent front with white outlined tritium night sights in the rear that work as advertised. The yellow front sight is large and in charge for quick and easy target acquisition. 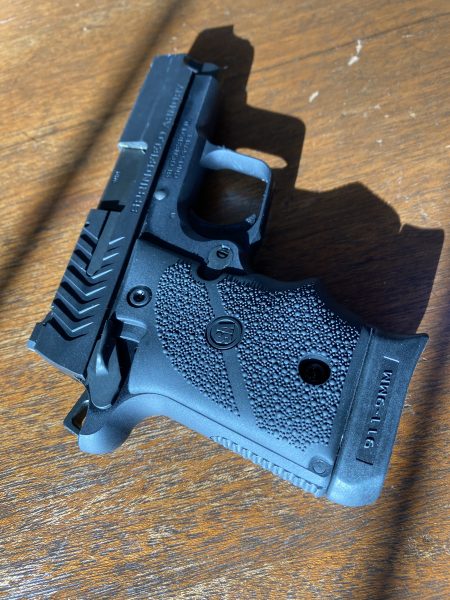 The slide is easy to rack for such a small gun. Typical micro pistols can be a pain in certain body parts (including the hands) to rack, but the 911’s spring is light and easy for even the weakest grips. The slide itself has large serrations for such small real estate. My one and only complaint about the slide is the slide lock. It’s tiny and hard to use. While it is the traditional 1911-style lever, it’s way too small to work easily. Same for the thumb safety. I get that the thumb safety is necessary, the same as on the real 1911, but it needs to be bigger if the shooter is supposed to be able to quickly operate it under stress.

While Springfield includes a friction pocket holster with every 911, we recommend upgrading to a more comfortable IWB or OWB holster that will suit your needs better and give you easier access to the gun in a hurry. Good luck drawing from your pocket while sitting down. But with a good quality hybrid holster, the gun will be at the ready any time. 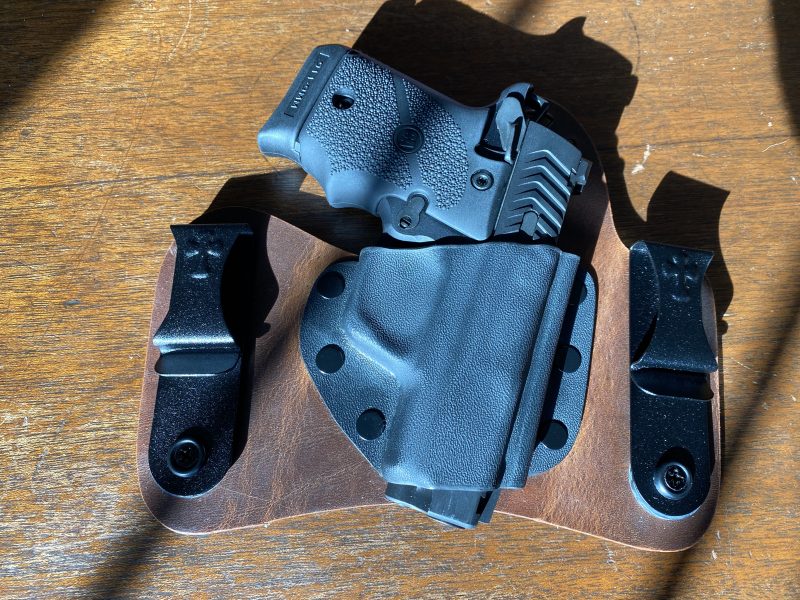 Clearly, Springfield had 1911 lovers in mind when they created the 911, since it is simply a scaled down version of the same platform, with all the controls in exactly the same locations. If you’re a fan of the venerable John Browning offering, you’ll love the 911, assuming you can adjust to the size.

At $555 MSRP, the Springfield 911 with rubber grips is reasonably priced. It’s a solid platform from a reputable brand with a legacy of reliable and well-designed firearms. If you like 1911s, this might be your next favorite carry gun.