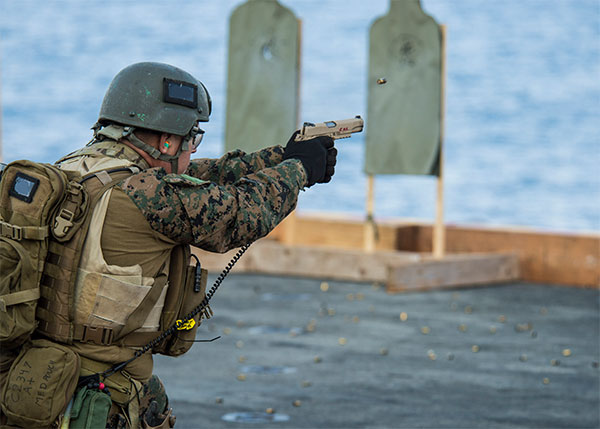 From the Halls of Montezuma to the shores of Tripoli…It’s November 10th, aka the birthday of America’s favorite gun club, the United States Marine Corps. The Marine Corps is an interesting organization with a long history of success and performance. The Marine Corps often goes along with whatever weapons the Department of Defense and military adopts. However, sometimes they take a different route, and one of their most famed differentials is the use of the M1911 pistols well beyond the adoption of the Beretta M9. Force Recon just wouldn’t give up their M1911.

Over the years, they’ve adopted or modified M1911s to work for their needs, and today, on the holy Marine Corps birthday, we are looking at the various M1911s used by Force Recon over the years.

The original MEU(SOC) pistol came to be in 1986. Force Recon decided to keep the M1911 as the rest of the Marine Corps swapped to the M9. They took existing Colt M1911s from the armory and sent them to the Marine Corps Precision Weapon Shop. There they were modernized and improved. 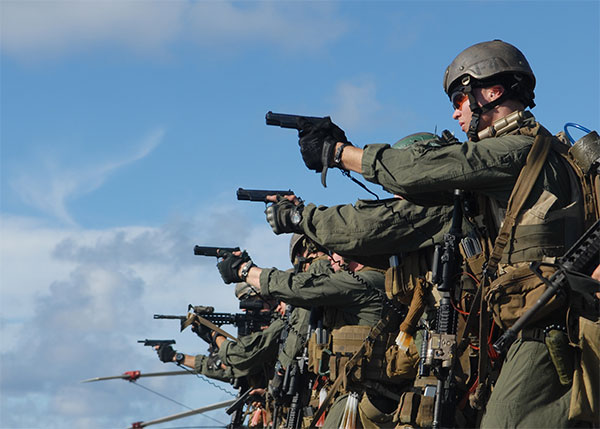 By the beginning of the Global War on Terror, the Force Recon M1911 was quite modern. Springfield provided the slide, Novak was trusted with the sights, Wilson combat provided extractors and mag releases, and King’s Gun works provided ambi thumb safeties. Inside the guns sat revised barrels, bushings, link pins, sear springs, ejectors, and more from Nowlin Manufacturing.

These were high-tech at the time, but eventually, with the GWOT escalating, the Precision Weapon Shop couldn’t produce enough of them.

The Marine Corps couldn’t produce enough MEU(SOC) pistols, so they went shopping. They heard that the LAPD SWAT Teams were happy with their Kimbers, so the USMC turned to Kimber Manufacturing. Kimber produced a pistol known as the Interim Close Quarters Battle Pistol, aka the ICQB. 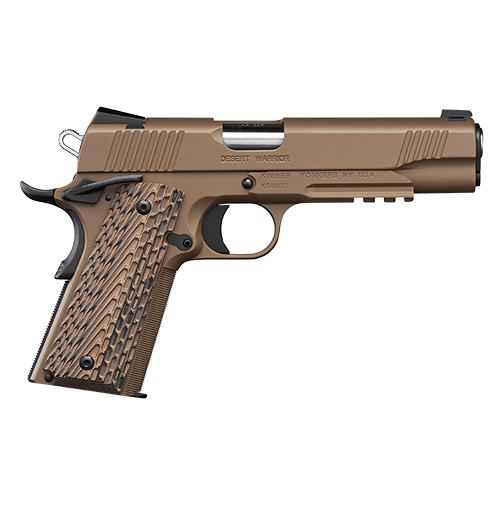 The ICQB pistols featured Surefire Integrated Military Pistol Lights, a Dawson precision rail, a Gemtech TRL lanyard, Simonich G-10 grips, Novak Tritium sights, and Wilson Combat magazines. This was another very modern M1911. Kimber’s Warrior and Desert Warrior models allow you to get your own ICQB or about as close as you can.

After standing up MARSOC and growing Force Recon Units, the Marine Corps needed even more M1911s. They decided to do another Commercial Off The Shelf purchase and ended up with the Springfield Professional pistols in .45 ACP. They opted to utilize the same models used by the FBI’s Hostage Rescue Team to outfit these special operations Marines. 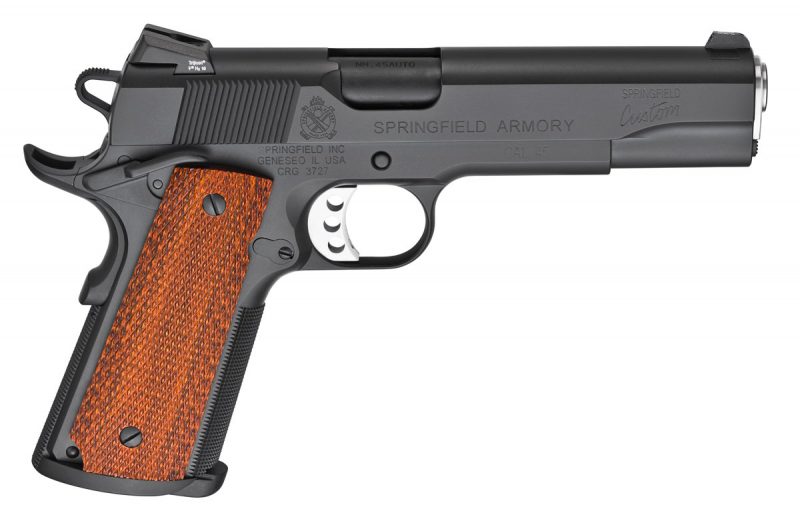 The professional might look plain on the outside, but inside, the gun has a custom-fit slide to a national match frame, a custom-fit national match barrel, a fully throated barrel, and a custom match hammer and sear. These are guns tuned for incredible reliability and designed to be as accurate as possible.

The last of the Force Recon M1911s is the Colt M45A1. The Colt M45A1 was tasked with replacing every incarnation of the MEU(SOC) pistol. The Marine Corps purchased 12,000 of these guns for Force Recon, MARSOC, and the Special Reaction Teams from the Provost Marshal’s Office. 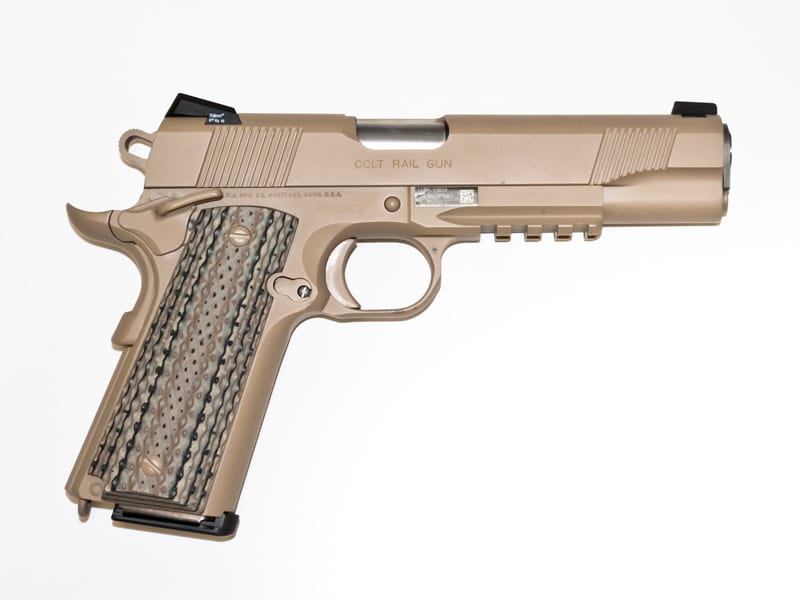 These guns had a dual recoil spring system to lower recoil, tritium sights, a national match barrel, an ambi safety, extended beavertail, and a Picatinny rail for adding lights. These are the final M1911s in Force Recon’s armory, and the Recon community is now wielding the m18 or Glock 19. Luckily, Colt makes the M45A1 available to us mere mortals.

Every Clime and Place

America’s mean little bulldog is officially 247 years old. To this day, Marines remain the tip of the spear and maintain their pride and esprit de corps. If you have a Marine in your life, make sure you wish them a happy birthday. (Maybe buy them an M1911 and holster, hint, hint.)