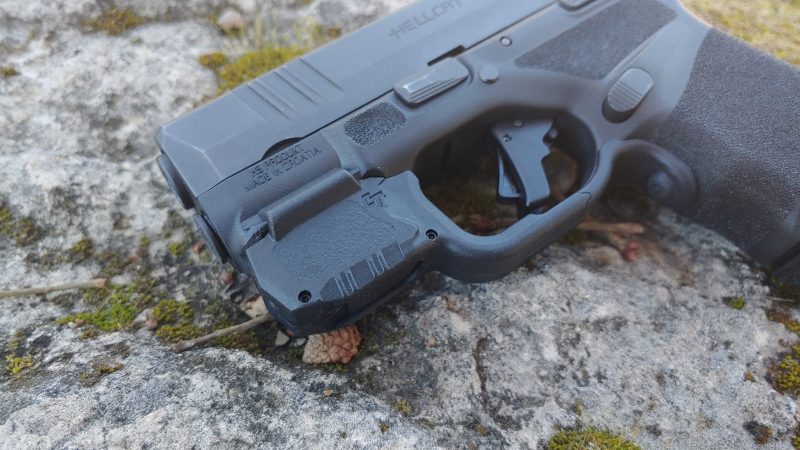 If you like a laser on your pistol, the Crimson Trace Laserguard may be a great option.

Oh boy, the world of visible lasers is seemingly ruled by a single company known as Crimson Trace. That's hyperbole, kind of. They do rule the market. Other companies make visible lasers for handguns, but Crimson Trace truly dominates. One of their latest firearms equipped by Crimson Trace is the Hellcat with the Laserguard Hellcat.

Lasers on handguns have always been an interesting conversational topic. A lot of people dislike them, but that ignores some niches where they shine. They might not be for everyone, but they can be handy in some roles. For example, a friend of my dad's uses a laser on his handgun, citing poor eyesight. He can see the laser easily versus trying to align the sights. Without a laser, he doesn't feel comfortable taking a shot. 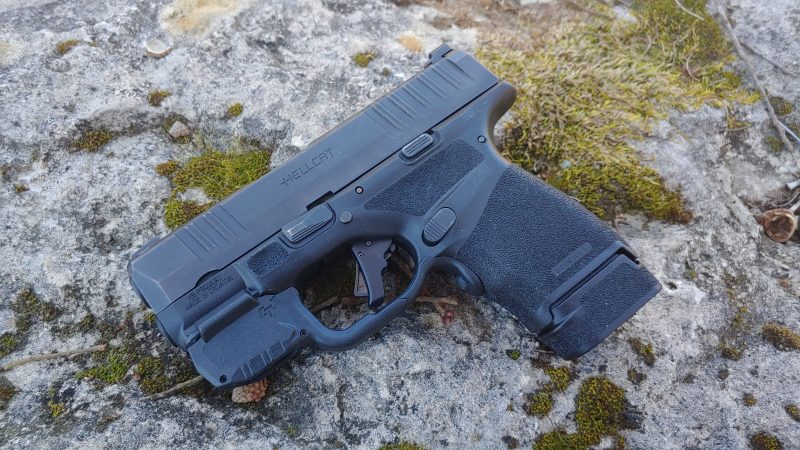 Lasers can be extremely helpful in awkward firing positions. If for whatever reason, you can't assume a normal firing grip, the laser allows you to aim the weapon without using the sights. It's less than optimum but allows you to very effectively aim the weapon. Close retention, in particular, makes good use of a laser like the Laserguard.

The Laserguard does eliminate a number of complaints regarding lasers. First, the activation doesn't require a separate motion. As soon as you grab it, it's on. It's lightweight, small, and very easy to zero. Visible lasers on handguns aren't for everyone, but they can be incredibly handy.

The Laserguard gains its name from the fact that it interacts directly with your firearm's trigger guard. Lots of guns don't have rails, and this allows you to have a simple mounting system. Although, on the flip side, the Hellcat does have a rail. Even so, the controls for the Laserguard system sit on the trigger guard and are part of the Laserguard's magic. 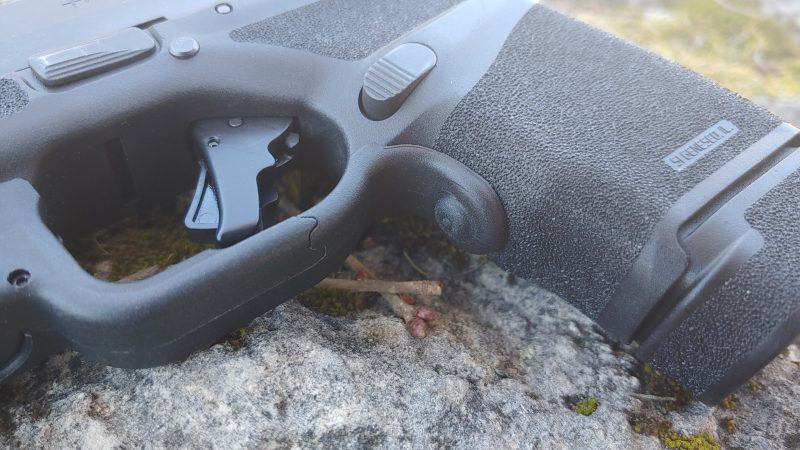 The button is a simple grip-activated design that's completely ambidextrous. It sits on the front of the pistol grip, and your middle finger activates it with a rather gentle press. It doesn't take a Hulk Hogan grip to get the thing going. You can loosen your grip a little bit, and the laser will kick off.

Additionally, a master kill switch sits on the module that allows you to turn the device off entirely so it won't activate with any grip. Installing the Laserguard around the grip took no time at all. It pops apart and attaches to the trigger guard and around the rail system without difficulty. Two bolts hold it together, and that's all it takes.

The Laserguard In Action

This particular model uses a green laser that's super bright and quite large. We've come a long way in the last few decades. Lasers are super bright really easy to see. Indoors it looks like a lightsaber! Outdoors in the bright lights of Florida, the laser does meet its match…kind of.

Seeing the green dot isn't too tough within ten yards or so in bright daylight. You can see it and engage with it effectively. With some overcast or shadow, the range extends easily enough. Indoors you'd have to have a heckuva lot of light to beat the laser. 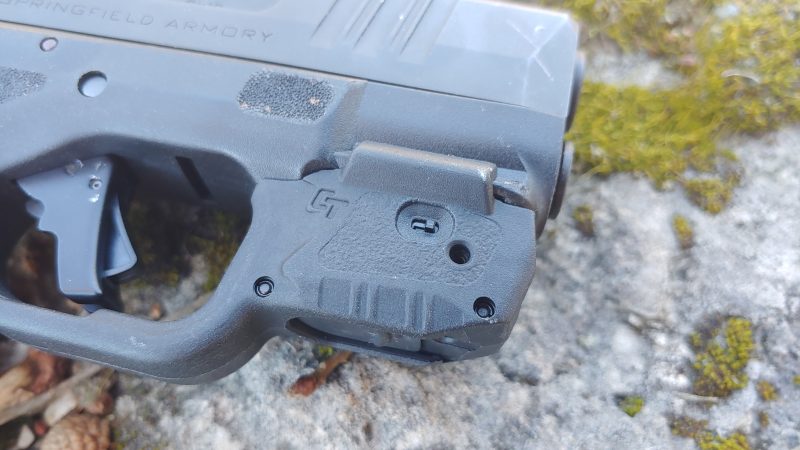 The Laserguard fires up without a second thought when the gun's grabbed. It explodes to life, and not a single brain cell is needed to get the laser running. As you extend into a natural firing grip, the laser becomes immediately evident, and boom, if zeroed correctly, you can engage the threat. 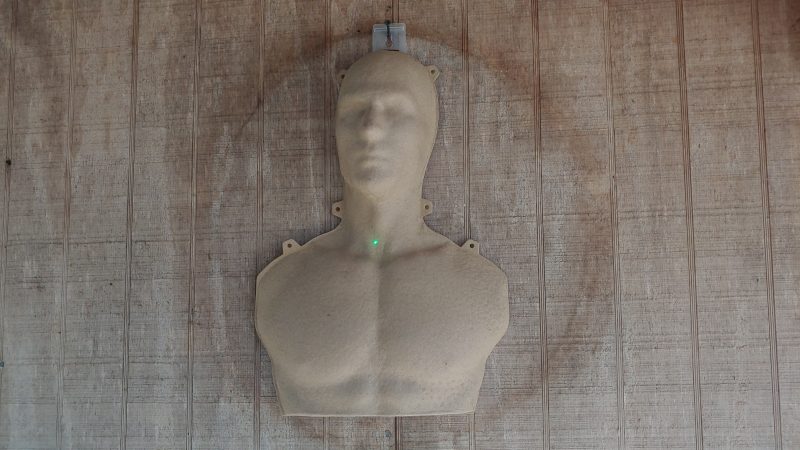 The flaw I see with the device is the fact that it cuts down on your ability to grip the gun. The addition of the Laserguard stacks a few MMS of material on your trigger guard undercut. This keeps you from establishing the highest grip possible, so keep that in mind.

Keeping Your Guard Up

The Crimson Trace Laserguard Hellcat and Laserguard systems, in general, provide a solid little laser system for the modern, polymer-frame, striker-fired micro-compact pistol. The Laserguard system gives you the same effortless function as the old Laser Grips, but on more modern platforms.

While it's not a tool for everyone, those looking for a laser for their Hellcat will find it hard to find another option. Let us know what you think below.