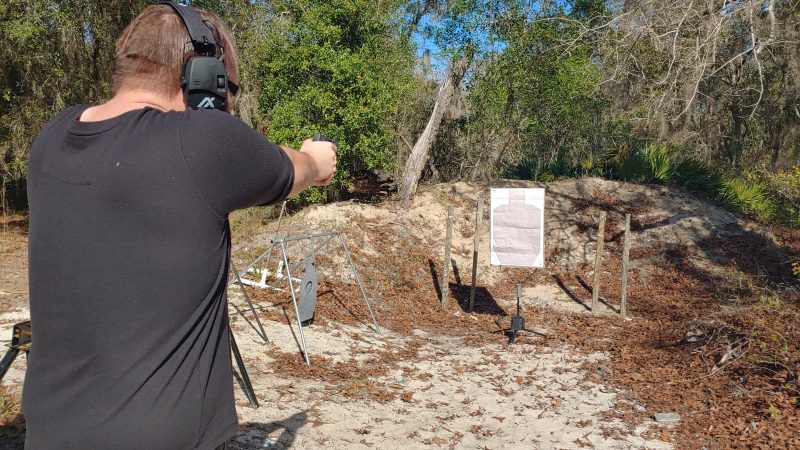 How much does accuracy matter in a real-world shootout? Travis Pike takes us through the reality of accuracy training.

"Three shots in three seconds at three yards!" That's the cry of the internet commando, justifying why accuracy and training with your sights aren't necessary. They don't seem to understand what averages are and why the average doesn't always matter. Additionally, this doesn't factor in above or below average shootings and doesn't factor that even at three yards, accuracy is still required. Today we are going to talk about concealed carry accuracy and why it matters.

The famed Rule of Threes is a bit of a mess. It factors in where the engagement ended, not where it began. It's also largely based on law enforcement. Law enforcement officers have a duty to approach and deal with threats. You do not. I'm not a police officer, and this article isn't aimed at LEOs. Instead, it's all about concealed carriers and why concealed carry accuracy is critical.

The main misconception is that accuracy isn't a big deal. We use terms like "minute of bad guy" to describe a gun that's not superbly accurate but good enough for concealed carry. You don't necessarily need a competition-grade pistol to achieve acceptable accuracy, but you should be able to consistently produce a respectable group. A shotgun pattern-like group is not acceptable for defensive shooting. 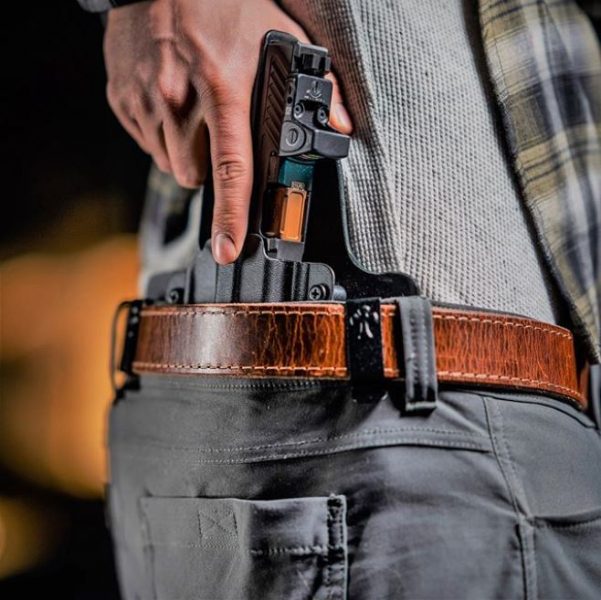 In a defensive shooting situation, you'll be facing a man-sized target, but that doesn't mean he'll be facing you directly, squared up like a Wild Bill Hickock duel at noon.

Bad guys don't always present themselves perfectly. In fact, they might be moving, turned sideways, or in any other situation where the target they present to you is smaller than man-sized, and you need to effectively engage that target. The world is full of cover, intentional or not.

There are plenty of things that can get in the way of your ability to hit your target. Bad guys use cover, and sometimes they get lucky enough to have something between you and them that challenges your accuracy. Heck, your own life-saving cover might compromise your ability to hit the target. Concealed carry accuracy has to factor in cover, yours and theirs. 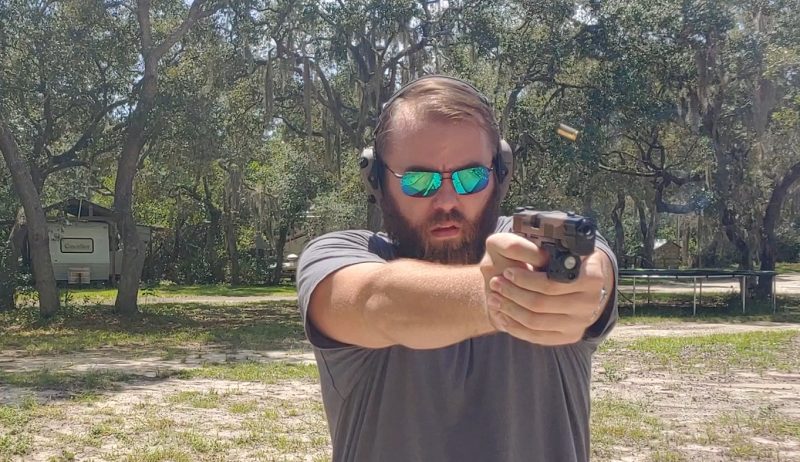 Concealed carry accuracy also matters because shot placement matters. Stopping a threat means putting a bullet into a relatively small target into a person's body. Headshots, heart, and lung shots are what typically stop a threat fast. Those are small targets compared to a man-sized body. 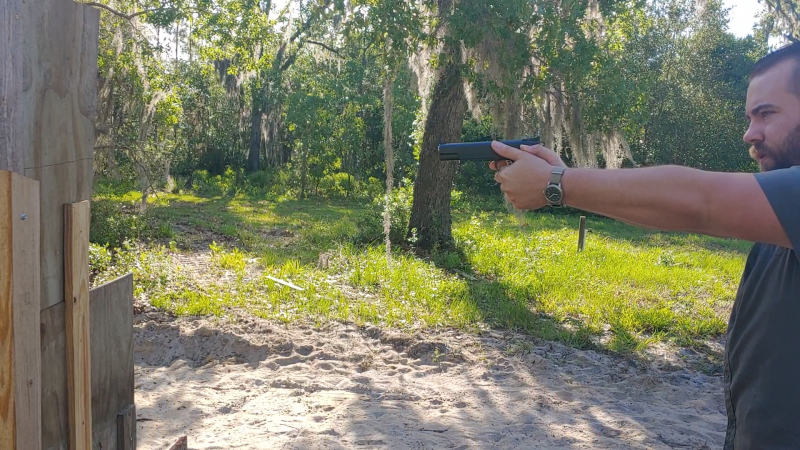 You need to be able to hit something smaller than a man-sized target. So how? Well, we train!

How do we train to improve accuracy? Well, we start with smaller targets. Steel gongs are my favorite. Not only are they small, but they move too. This creates some serious challenges for firing more than one shot. I also adore the Sage Dynamics targets. They are printable, free, and highlight the zones you need to shoot to stop the threat in the human body.

Clay pigeons can be a cheap source of targets. They can be purchased for ten bucks for 100, set up on the berm, and destroyed. They explode and are reactive, and that does make it fairly fun to shoot. Setting several of these targets up allows you to practice rapid and accurate fire. 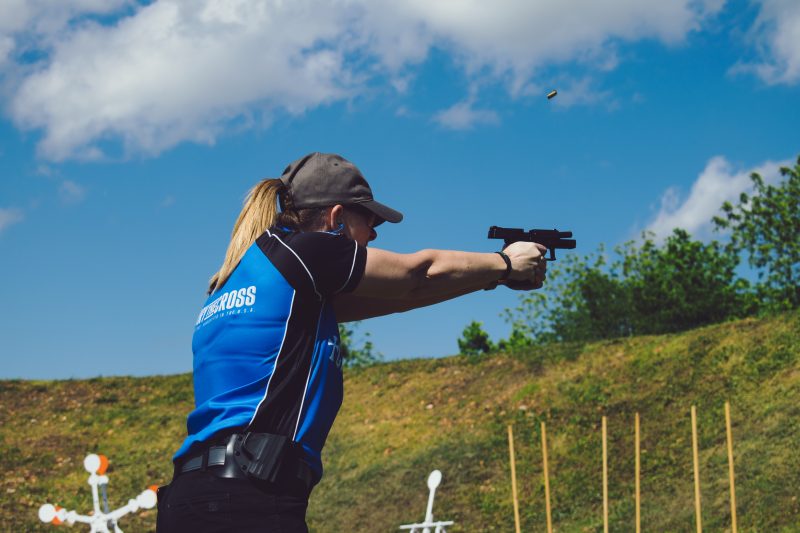 Another big accuracy trainer is Dot Torture. The 2-inch dots are tough to hit, especially with the various drills that Dot torture encourages. On top of being able to hit smaller targets, you need to be able to hit them fast. Focus on speed and accuracy when possible.

Is it likely you'll engage at distances beyond ten yards? No, but we don't aim for what's likely. Training out to 15, 20, and 25 yards can be invaluable. Learning to hit those small targets quickly and at almost any range can be a very valuable skill to have. Distance takes time and should be supplemented with plenty of dry fire practice to keep your skills sharp. 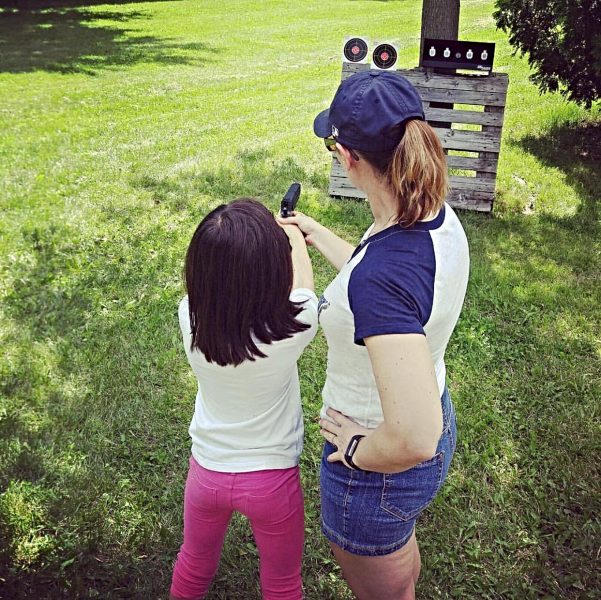 Don't ever trust that your situation will be average. Average means nothing once the shooting starts. You should be skilled beyond the average engagement. Concealed carry accuracy is absolutely critical, and you should be able to hit something beyond a man-sized target. Be above average.