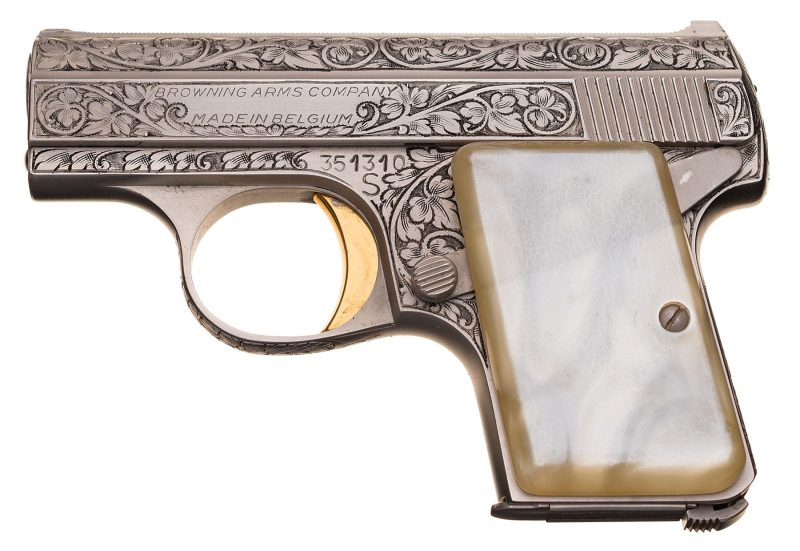 In the early 1900s, the Colt 1903 and 1908 were called Pocket pistols, and they'd be tough to shove in your pocket today. Coat pocket might have been a more accurate name. However, in 1931 we got one of the first examples of a modern pocket pistol, the FN Baby Browning. Even by today's standards, this little gun would squeeze into a pocket plenty easily.

The Baby Browning wasn't designed by Browning. Instead, it was inspired by his FN Model 1905, which later became another Colt Model 1908. This was the first time FN shared a design with Colt. FN would supply Europe, and Colt would cover North America. The M1905 used the newly invented .25 ACP cartridge. FN designer Dieudonné Joseph Saive designed the Baby Browning, and while the two guns are similar, they are not the same.

Inside the Baby Browning

The FN Baby Browning was introduced in 1931 and was a conventional pocket pistol. The weapon fired the same 25 ACP cartridge created for the M1905 and used a straight blowback action. The weapon fed from a single stack, six-round magazine. The entire package was very compact and quite small.

The barrel was 2.11 inches long, and the gun's overall length was 4.1 inches. For comparison, the length of the Ruger LCP is 5.16 inches. At only .88 inches wide, the gun was fairly petite. It weighed 9.7 ounces as well. The term pocket pistol seemed to be born for this gun. The small size and light weight make it easy to squeeze into your pocket and forget about it. It's not like they had high-quality, dedicated concealed carry holsters in 1931. 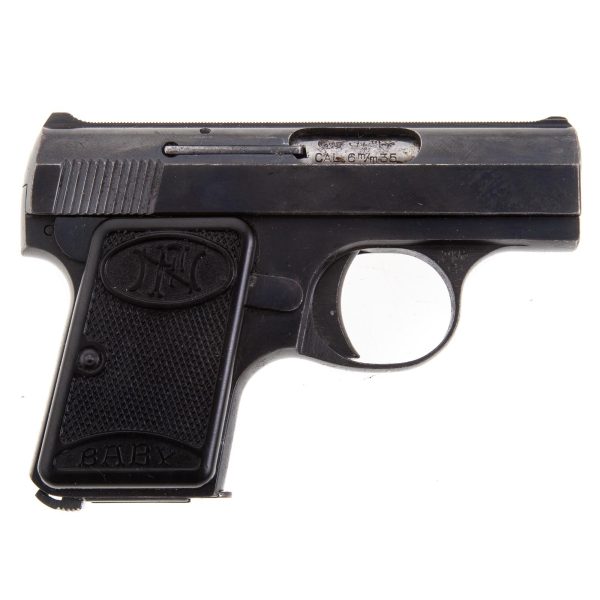 The Baby Browning was a single-action, striker-fired design, much like many modern pistols. The weapon is all metal but keeps weight low. A magazine safety is in place so expect that hassle. Additionally, a manual thumb safety sits behind the trigger and in front of the grips. Ergonomically they are sound guns that are easy to hold onto.

Although, don't expect to be a marksman with one. A lot of practice might get you there. Sure, the trigger is nice, but the magazine safety likely degrades it a bit. In terms of sights, you get a nub and not much more. Sights in this era were always quite small, so it's on par with the time frame.

The 25 ACP was designed by John Browning for the FN M1905. It's a semi-rimmed design that features a small, lightweight projectile. At the time, there was a demand for a cartridge that was light recoiling, small, and easy to shoot but with the reliability of a centerfire cartridge. The .22LR is great, but rimfire isn't always reliable, especially in 1905.

The 25 ACP offered you a more reliable cartridge. Sadly, it's also a very anemic cartridge. It can't keep up with modern standards and does not do a great job of penetration. It's less likely than other rounds to reach 12 inches of penetration through ballistic gel. Modern .22LR rounds like Velocitors often outperform the little 25 ACP at a fraction of the cost. 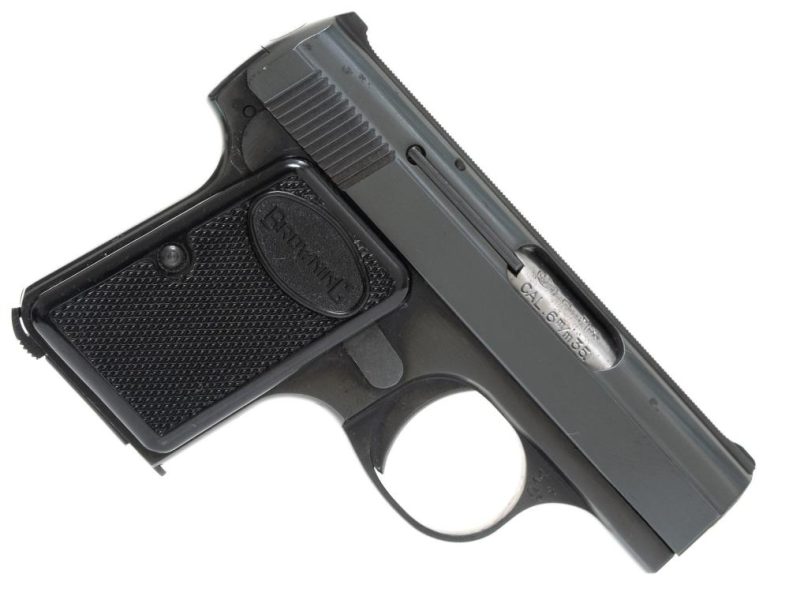 What it offered the Baby Browning was a light recoiling cartridge for a very small gun. These days we are used to the hand-slapping nature of .380 ACP in a pocket pistol. Back then, that was not a popular option. Even in this 9-ounce gun, the recoil is light and controllable. These days 25 ACP is a tough sell.

Its ballistic inferiority and high ammo price make it a no go for most shooters.

The Baby Browning In Action

The Baby Browning handguns were popular with the everyday average joe. They provided a small pistol that could be carried by a gentleman in his to day life. They easily fit into vests, coats, or pants pockets. The small design makes it a desirable firearm for those who could not or would not carry something that could be detected.

The weapon was reportedly used by members of the French Resistance. These fighters would likely use anything they could get their hands on. With that in mind, the little Baby Browning was easy to hide. That's important for a saboteur working in occupied territory. There are some sources that claim the Baby Browning was used by the US Air Force, but I can't find any real evidence of that. 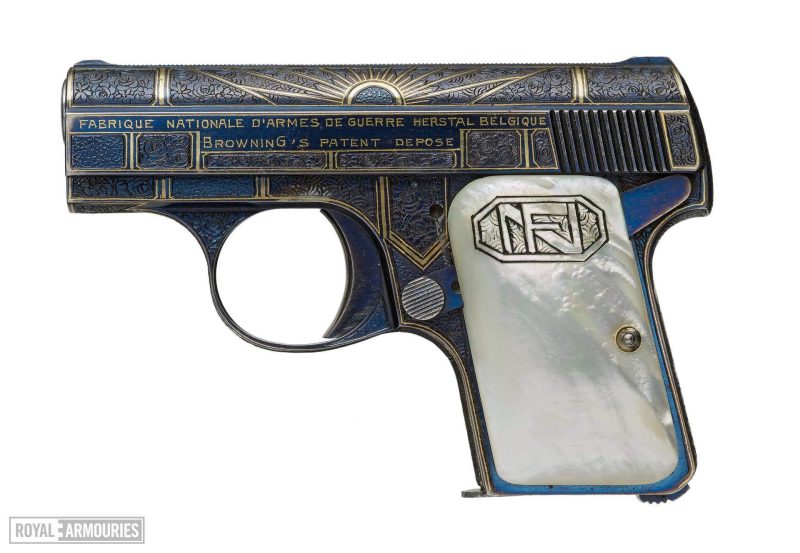 The Peruvian Air Force purchased and issued these little guns to pilots. They are marked as such and have become desirable collector's items. Other than that, these guns weren't used extensively by any military or police force.

These days they are a bit out of date. However, they are a fascinating example of the past, and it's interesting to see where we have come from, and it helps show us where we are going.