I wrote recently about a time when weapon lights were massive and designed for home defense and duty work. Over time the idea of a small, concealable weapon light has become a genuine thing. Companies like Taurus and Beretta have even designed frames that incorporate a flashlight. Small guns rarely have rails so it can be tricky to attach a light too. Some guns like the SIG P365 use a proprietary rail system that makes attaching accessories difficult. The new Streamlight TLR-6 is an attempt to produce a small weapon light for subcompact concealed carry pistols. 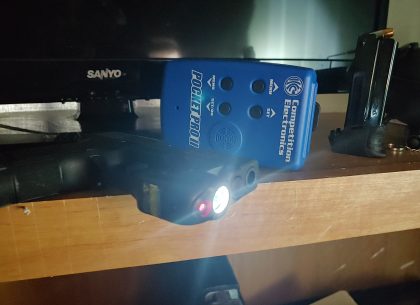 I recently acquired a Streamlight TLR-6 for my P365 and adore it. Right off the bat, I appreciated how simple, lightweight and robust this little laser and light system is. It is a bit interesting to attach to the weapon. You have to take out three screws that hold the frame around the light and install the frame around the gun’s rail and trigger guard. 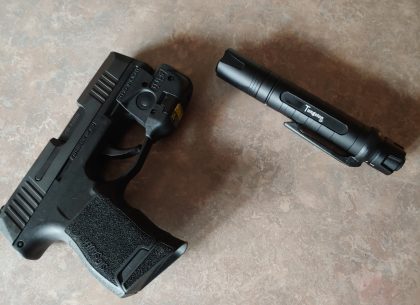 It’s simple, but not as simple as just attaching a light to a rail system, but with super small guns, concessions must be made. The Streamlight TLR-6 adds barely any bulk or weight to the weapon, and once it's secured onto the gun, it isn’t moving anywhere.

How The Streamlight TLR-6 Functions

The Streamlight TLR-6 isn’t just a light, but also an integrated laser. This dual-use system comes on with the press of a button and can be used as both a momentary system and a constant on. You can also change the function of the system by holding one button and pressing another. 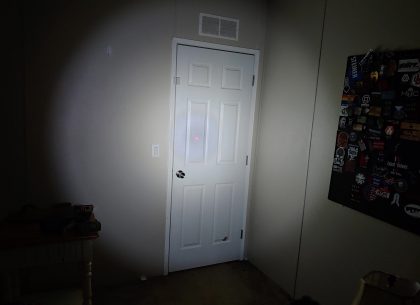 This allows it to alternate between light and laser to just light or just the laser. Once you choose the setting you like the TLR-6 will ‘remember’ it. Next time you press the on button the TLR-6 will revert to the last used setting. It’s very handy and very quick and easy to use. 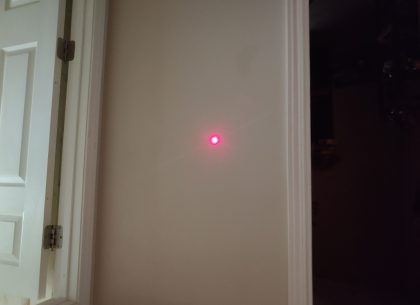 The Streamlight TLR-6 features two push-button controls that activate the light and laser with just one quick press on the button. It’s completely ambidextrous, and its placement makes it a natural reach for your trigger finger in the safe position. With a thumbs forward grip, the thumb of your left hand can also reach and activate the light.

Ergonomically you can tell a lot of thought went into this design, and this resulted in a very simple system that works. The buttons are well placed, easy to press and huge, so you can easily reach them. It’s simple, and simple is essential when stress is high, and adrenaline is pumping.

The Streamlight TLR-6 is designed with the concealed carry market in mind, and it shows in how the light performs. It’s not a searchlight that can reach out and see a target a hundred yards away like the Surefire X300. It’s more of a floodlight that fills the immediate vicinity.

It will light up a larger room and do so with a 100 lumens of very clear and bright light. It’s perfect for identifying a threat at typically self-defense ranges. The light shines nicely and is bright enough to make it challenging to take a photo of the laser, and I had to adjust ISO on my camera quite a bit to capture it when combined with the light. 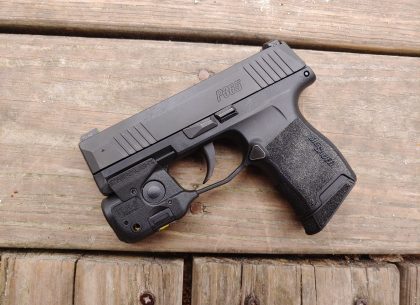 The laser is also plenty powerful and it's one of the brighter models I’ve used. It glows nice and bright, and at Florida’s high noon I can see it very clearly out to 15 yards. That’s potent for a sunny day.

The laser is easy to adjust, and it took me no time to get on target. The Streamlight TLR-6 and I have been companions for concealed carry for quite some time now, and it blends in effortlessly with my SIG P365. The addition of this light makes the P365 a weapon you can genuinely carry 365 days a year, and 24 hours a day. 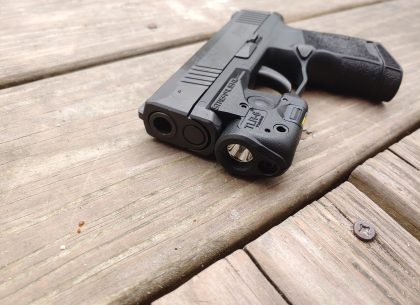 Shooting with the light causes zero issues. It doesn’t stutter even a bit after a hundred rounds fired as rapidly as I could load and dump them. The laser gets me on target every single shot and makes it easy to not to only see my target but to hit it with precision.

The Streamlight TLR-6 comes in a wide variety of configurations. This particular model is for the P365, but the universal kit can fit up to 18 guns. There are also a lot of holsters out there for this combination of P365 and TLR-6, as well as a multitude of other gun and light combos. Of course, Crossbreed has you covered with both IWB and OWB options, and I can testify they work like champs. 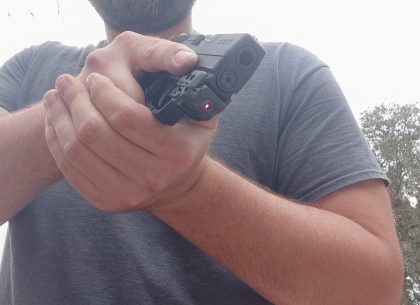 He serves as an NRA certified pistol instructor and participates in a variety of firearms-based hobbies.