The Sig P365 has been a popular handgun in the industry and with CrossBreed customers since it's release, so it would only make sense for Sig to build on that popularity.

This week, information was leaked that a sequel is in the works.

Osage County Guns in Wright City, MO published an article yesterday giving everyone a sneak peek at what's to come. The post included pictures, specs, and the ability to sign up for an email notification when the P365 XL becomes available.

We were able to confirm with our contacts at Sig Sauer that the information published is accurate. Initial reports are indicating it'll be here at the end of summer. Of course, there will be an assortment of CrossBreed Holsters to accompany it, rest assured.

Initially, the leak of a new P365 drew varying reactions in the industry:

What is this?! The forthcoming @sigsauerusa P365XL. The most noticeable changes are the flat trigger, @trugloinc sights, and optic cut... also sad to see no pic rail still. Overall I’ll give it a 8/10 if it’s as good as it looks!

@sigsauerusa is making a P365XL ... why? Why do gun companies keep doing this? They make a groundbreaking subcompact pocket gun and then make a version that doesn't fit in your pocket anymore. It seems like so many companies think they have a successful line so lets extend the line with something that is the opposite of the successful line. I don't understand. @springfieldarmoryinc did that with the XDE. "Hey the XD line is great, lets improve it with a better trigger and barrel and call it the XDM, lets improve the ergonomics and call it Mod2, lets remove all the passive safety features and reliable striker fired mechanism and make it look like a pug screwed a warthog and call it the XDE." #guns #molonlabe #2A #p365

Take a look at the spec sheet for yourself: 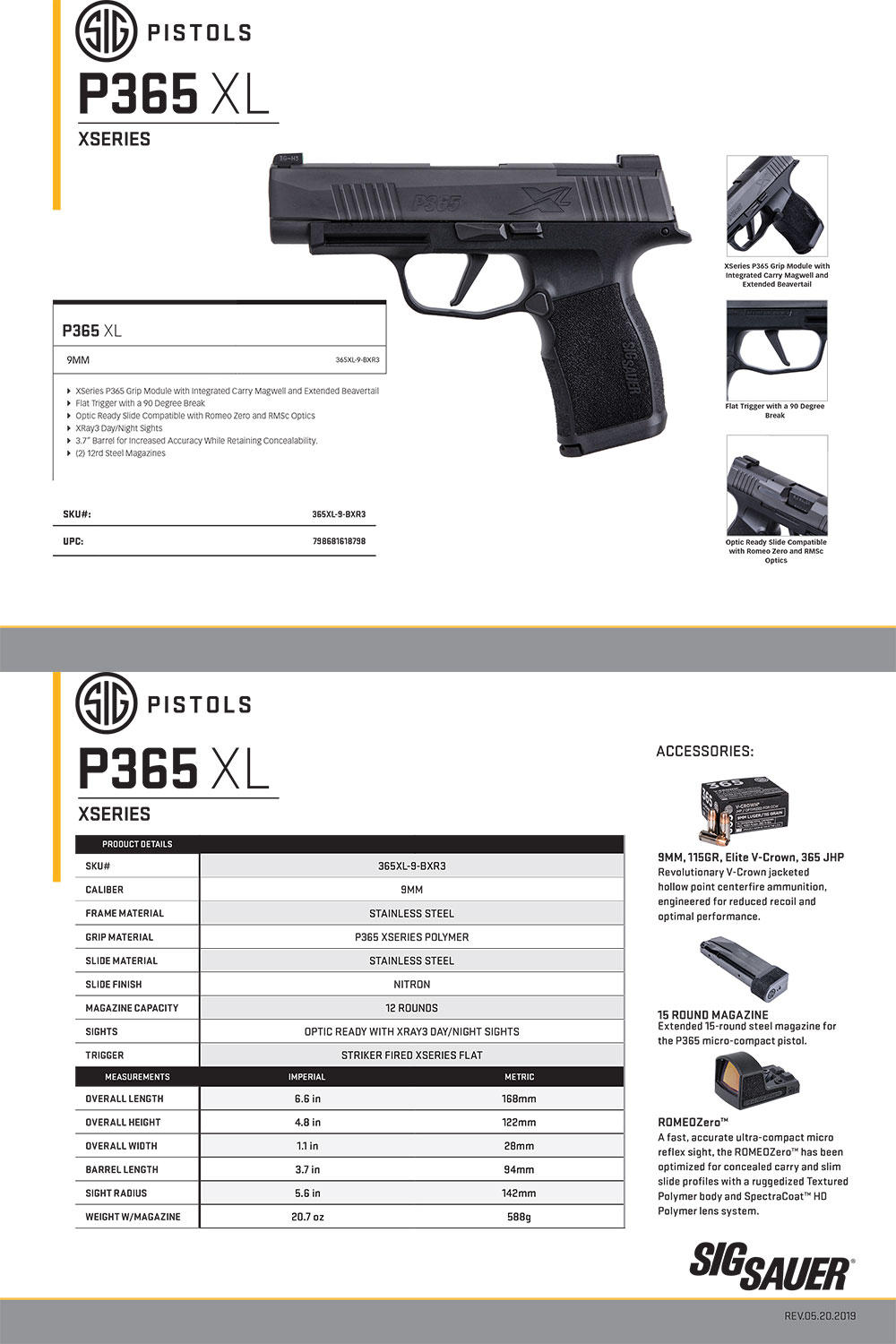 According to the spec sheet, the new P365XL features include:

Comparing the specs we have available online, here's how the P365 stacks up to the P365XL: 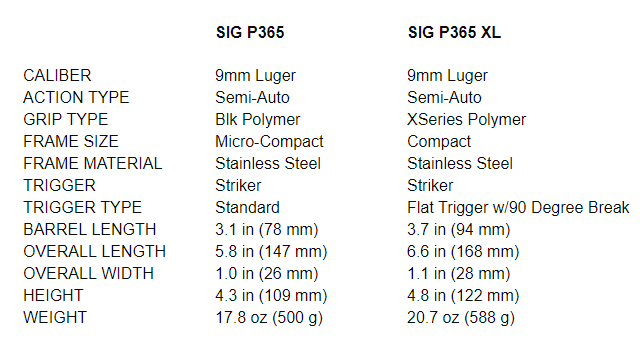 While the original P365 Micro-compact has 10+1 full-size capacity, the listing for the new P365XL shows it will come with two 12 round magazines. It also offers an "extended 15-round steel magazine for the P365 micro-compact pistol." Whether or not the two will be interchangeable remains to be seen.

We are already working with Sig Sauer on a new mold and hope to have holsters available as soon as possible!

What do you think? Are you excited to try out the new Sig P365XL when it becomes available? 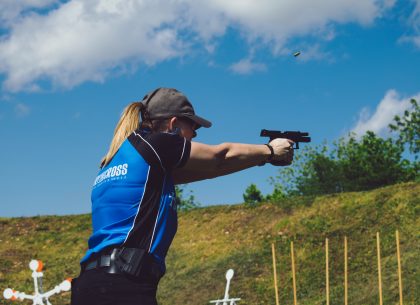 Now a wife and mother of three, the proud daughter of a world-traveled hunter and Lifetime NRA Member has hundreds of hours of firearms training under her belt including street encounters, low light/no light training, and is a graduate of the prestigious Gunsite Academy. She was also named a Local Champion of Gun Safety by the NSSF in their fourth annual Project ChildSafe S.A.F.E. Summer campaign for her efforts to promote firearm education and safety within her community, especially for children.

Jacques continues to be an active and ardent supporter of the Second Amendment, an outspoken concealed carry advocate, and an avid outdoorswoman.