The SIG P365 took the industry by storm and continues to dominate in popularity.

SIG's latest compact semi-auto pistol with lightweight polymer-frame is a striker-fired pistol that is fun to shoot, easily concealed for everyday carry, and reasonably priced at $499.99.

We know it's a wildly popular firearm, but does it hold up to a 1,000 round torture test in the desert?

We hit the range with a new P365, Action Target, a few friends, and a thousand rounds of SIG SAUER 365 9 MM/ FMJ Elite Ammunition to find out!

It stood up to our torture test, successfully firing 1,000 rounds of ammo with no malfunctions.

While we expected as much, even we were impressed with how it performed!

SIG SAUER is proud to announce that the P365 has been selected by the NRA’s Shooting Illustrated Magazine as their Golden Bullseye winner for 2019 Handgun of the Year. This award, along with all of the recent awards and accolades including: Guns and Ammo Magazine’s 2018 Handgun of the Year; the Industry Choice Award for Handgun of the Year; 2018 Ballistic Magazine’s Editor’s Choice for Compact Semi-Automatic Pistols; and the NASGW-POMA Caliber Award for Best Overall Product is further evidence of the P365’s unequaled innovation, unparalleled quality, and unmatched reliability.

We are honored to have this recognition from our peers as we work to continually bring the world’s best products to our customers.

More Praise for the P365

It doesn't stop with awards and positive customer reviews. After enduring a rigorous test period, the Indiana State Police adopted the SIG Sauer P365 as its back-up duty firearm in April 2019.

“The SIG Sauer P365 gives Indiana State Police Troopers primary carry capabilities in a sub-compact configuration,” said Assistant Chief of Staff Operations for the Indiana State Police Lt. Col. Matt Bilkey. “Its high level of accuracy, small size, and high round capacity make it a perfect firearm for our officers, both on and off duty, and is a great counterpart to our primary duty firearm the SIG Sauer P227.” 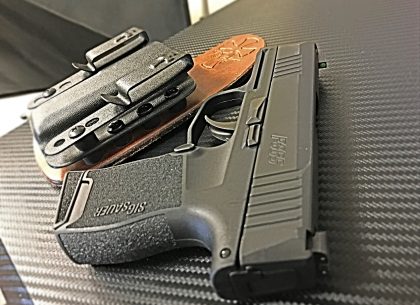 What do you think?  Have you shot the P365?  Do you own or carry one yourself?

We'd love to hear what you think of it! 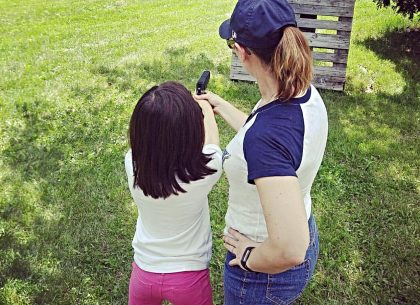