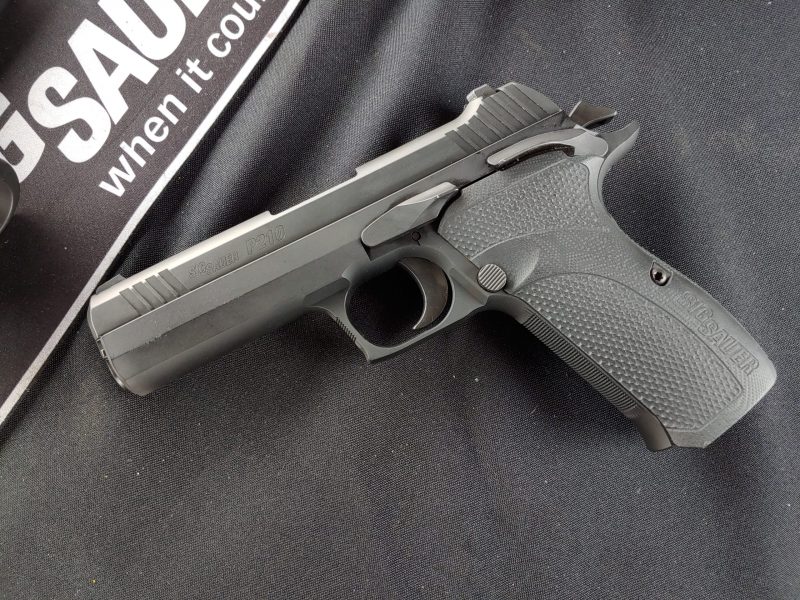 The Sig P210 Carry may be the epitome of necessity being the mother of invention that worked out perfectly.

In the wake of those pesky, cowardly, and white flag-waving Nazis, the Swiss Army decided to upgrade their weaponry, including their service handgun. The SIG P210 became the official sidearm of choice and was designated the 'Pistole 49' by the Swiss. The P210 would remain the sidearm of choice with the Swiss until 1975. Beyond the Swiss military, the armed forces of Denmark, Monaco, Latvia, and Kazakhstan also adopted the pistol. SIG is still producing a ton of pistols, including the new P210 Carry.

The P210 is a classic pistol, one SIG remade a few years ago and released to a very thankful market. The P210 is known for its accuracy, low recoil, reliability, and the fact it's smooth as butter. What none of us saw coming was the P210 Carry model by SIG. 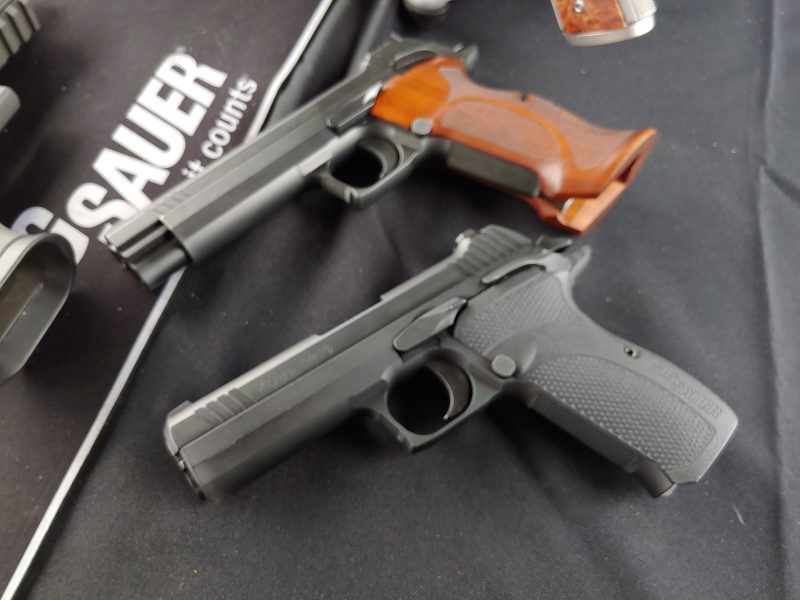 The P210 is cool, but it's a relic, right? It's not exactly a modern gunfighter's choice. Why would SIG produce a carry model of the P210? Heck, they produce the P365, a game-changing, ultra-small 9mm handgun that created a new genre of carry pistols. The P210 Carry seemed like a step back, at least as far as I was concerned.

Then I got my hands on one.

The P210 Carry In Living Color

The SIG P210 Carry trimmed the barrel from 4.7 to 4.1 inches. SIG thinned the P210 Carry by a .10 of an inch in width and trimmed nearly seven ounces from the gun. The capacity remains at eight rounds, and it uses the single stack 8-round magazines the P210 has always used. 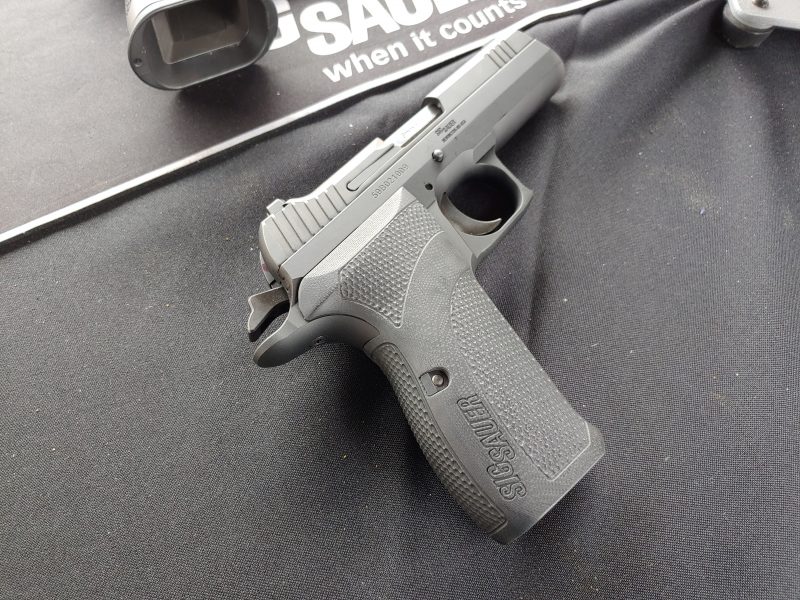 First, gone are wood grips. Instead, we have black G10 grips that are aggressively textured for a sure and easy grip. The frame is alloy to reduce weight, and the front and back of the grip are also heavily textured. Above the grips sits a manual, frame-mounted safety any 1911 fan would adore. It's huge, easy to engage, and easy to defeat. We have a slightly smaller slide release that's still aggressive and easy to function.

Sitting on the slide is a set of SIGLITE sights to give you a sighting option regardless of the lighting conditions. The slide rides inside the receiver, which keeps the bore axis low and reduces the slide profile. The smaller profile of the slide makes it harder to grip and rip when needed. SIG wisely added a little size to the end of the slide to make it easier to rack.

Smooth. That's the best way to describe the SIG P210 Carry. Holy crap, is it crazy smooth shooter. When you rack the slide, it feels like it's riding on ball bearings. The grip fits perfectly inside my hand, and the aggressive G10 grips cling to your hands. The huge beavertail allows your hand to ride high, and this makes the gun super easy to control. Dialing in double taps and even longer strings of fire accurately isn't tough. The low recoil and light muzzle rise brought a smile to my face. 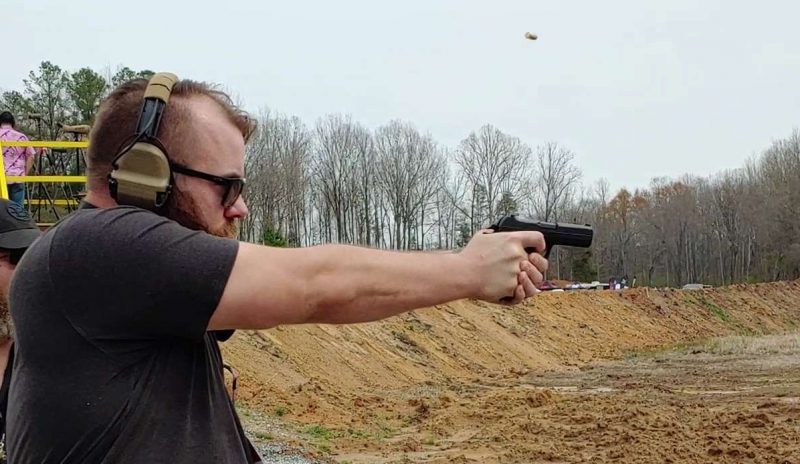 Add your high grip with the all-metal frame and awesome ergonomics the P210 Carry offers, and you get a gun that's insanely easy to control. It barely moves between shots and is a joy to shoot. SIG delivered a trigger that will be tough to beat. It's a single action-only trigger that's a mere four pounds with a super short travel and a very short and tactile reset.

A big set of bright sights catch the eye and work exceptionally well for fast, accurate shooting. On the beep, you can drive that gun to the target and light it up before the poor paper target knows what's happening. Even engaging small steel gongs at a distance doesn't present much of a challenge to the P210 Carry.

It's a freaking tack driver. I know I'm an average shot in the grand scheme of shooters, but I feel like a much better shot with the P210 Carry.

Your Next Carry Gun

I'll be the first to admit that the P210 Carry doesn't make sense on paper. It's expensive, holds fewer rounds than the P365, yet is considerably bigger than the p365. It's not set up with a rail or an optics-ready option. However, the P210 Carry is such a smooth shooter and is undeniably an awesome weapon.

It's a refined carry gun, kind of like a nice watch. An Apple Watch provides way more value and versatility than a Rolex, but a Rolex will always have its place as a well-made piece of machinery. It's a straight-up BBQ gun, and I think most shooters can appreciate it.