Lighting Up the World with the TLR-7 Sub 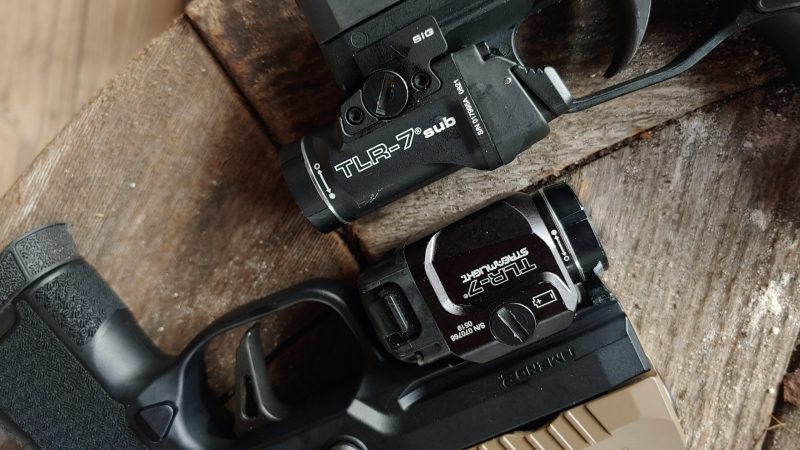 Be sure of your target in low light conditions with the TLR 7.

The world of little guns just got a lot brighter. Streamlight hasn’t recently retooled the TLR-7 into the TLR-7 Sub to bring the most power possible to the smallest of firearms. The latest Streamlight allows you to pack a lot of light into a relatively small package. With the rising popularity of micro-compact 9mms, it’s high time they got a carry-worthy light option.

The TLR-7 Sub might be for small guns, but it packs some serious power. Like the TLR-7, the TLR-7 Sub packs 500 lumens of white light into a compact light body. It’s impressively powerful for its size. The 500 lumens are backed by 5,000 candela and, according to Streamlight, casts light out to 141 meters. All that power is wrapped up in a package that weighs 2.39 ounces, is 2.51 inches long and uses a single CR123 for power. 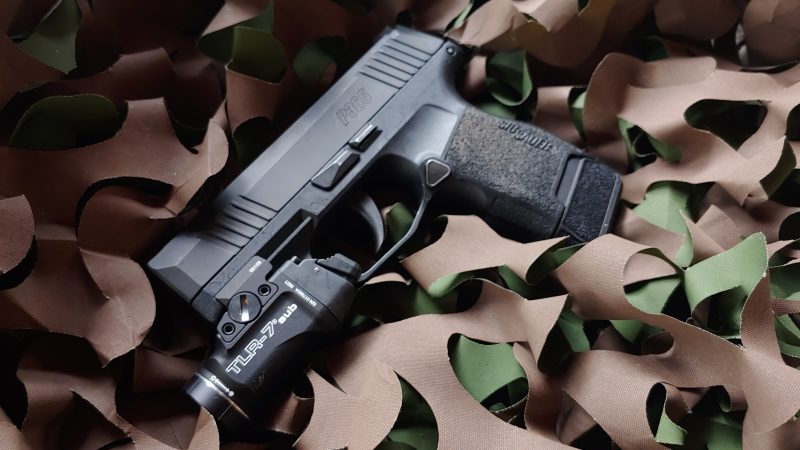 Due to the odd nature of Micro Compacts and subcompacts, the TLR-7 Sub has a number of variants. Mine specifically fits the P365, others fit the Glock 43X/48 MOS, and others fit Berettas, HKs, S&Ws, and Springfield Armory pistols.

The TLR 7 Sub in Action

First, understand that as a subcompact weapon light, you are not getting the same power the TLR-1 or Surefire X300U offers you. It’s a compromise in power due to its size. The light beam itself will certainly light up a room and cast quite the beam. The white, cool beam casts itself wide rather than as a concentrated hotspot. 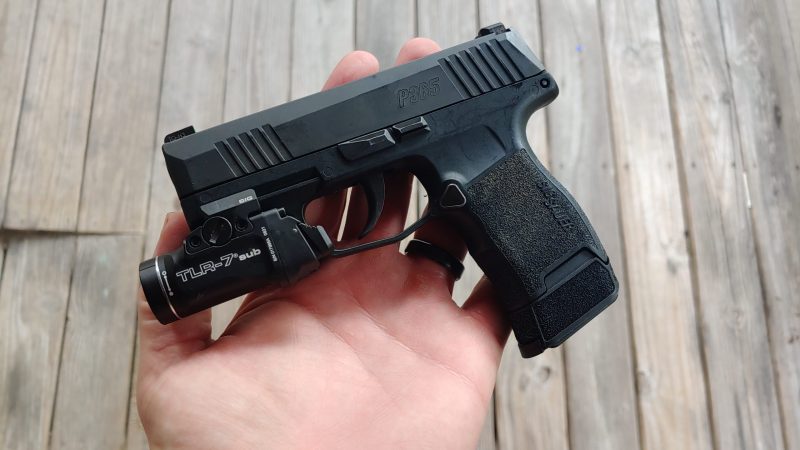 This limits the effective range a fair bit and seems to focus the intensity on up-close use. Which makes sense seeing as how the light is designed for concealed carry pistols. At 25 yards and closer, it’s certainly quite bright. You wouldn’t want to be a cop searching for a bad guy with the TLR-7 Sub, but for home defense and concealed carry, the beam shines bright.

The ergonomics are outstanding, and reaching either ambidextrous switch isn’t an issue. I can reach the go button of the TLR-7 Sub with the trigger finger of my firing hand or the thumb of my support hand. The dual switches are quite clicky and provide a nice tactile feedback when pressed.

The multiple modes include a momentary mode when the light is pressed for more than a second and shuts off when released. The second is a predictable constant-on mode that requires a short press to activate. Either one is easy to use, and I enjoy the TLR 7 Sub switch design. It’s very nice and reactive and easy to find in the dark by feel alone.

There is a good argument that small guns should remain small. Adding a light adds bulk and weight, and I understand that argument. However, I do see value for a concealed carry gun equipped with a TLR-7 Sub. First, if you use one gun for concealed carry and home defense, you’ll need a white light. The TLR-7 Sub provides the most power for its size. I also just like having a WML on every serious defensive weapon for that just in case scenario. 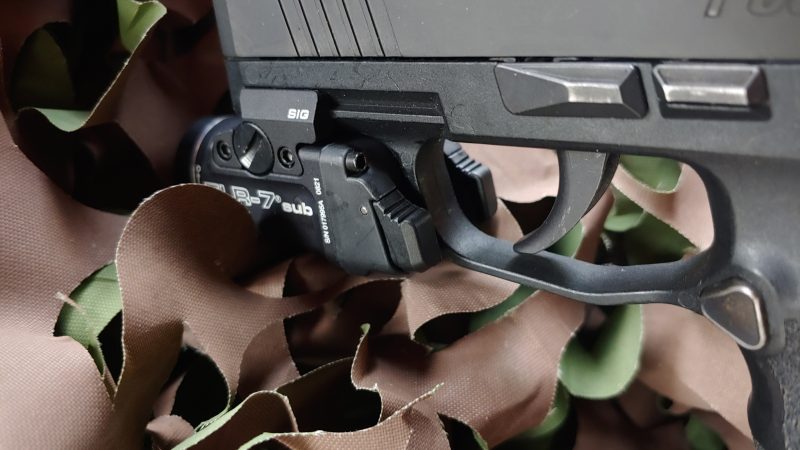 One big reason I wanted the TLR-7 Sub was that I travel a lot. I stay in hotels, and I can’t bring my Benelli M4 everywhere. So my P35 pulls security duty while I travel. As such, I might have my door kicked in a relatively unknown environment. I want to grip my gun and get it into action. With a white light, I can be sure of my shot in the dark and not have to worry about a handheld.

That being said; obviously, I still advocate for having a good handheld for EDC. Especially if you carry a lower-powered light on a small gun. A handheld thousand lumen light with 10K candela or more will double your light potential in a dark gunfight.

The TLR-7 Sub outperforms every other small light currently on the market. It beats both the cheap Olights and the more expensive mini Surefire. If you had to pick one option, the TLR-7 Sub is tough to beat. Not only does it provide the most light, but it does so ergonomically, without rapid step down, and provides decent battery life. If you want a small gun light, then the TLR-7 Sub is the premium choice.