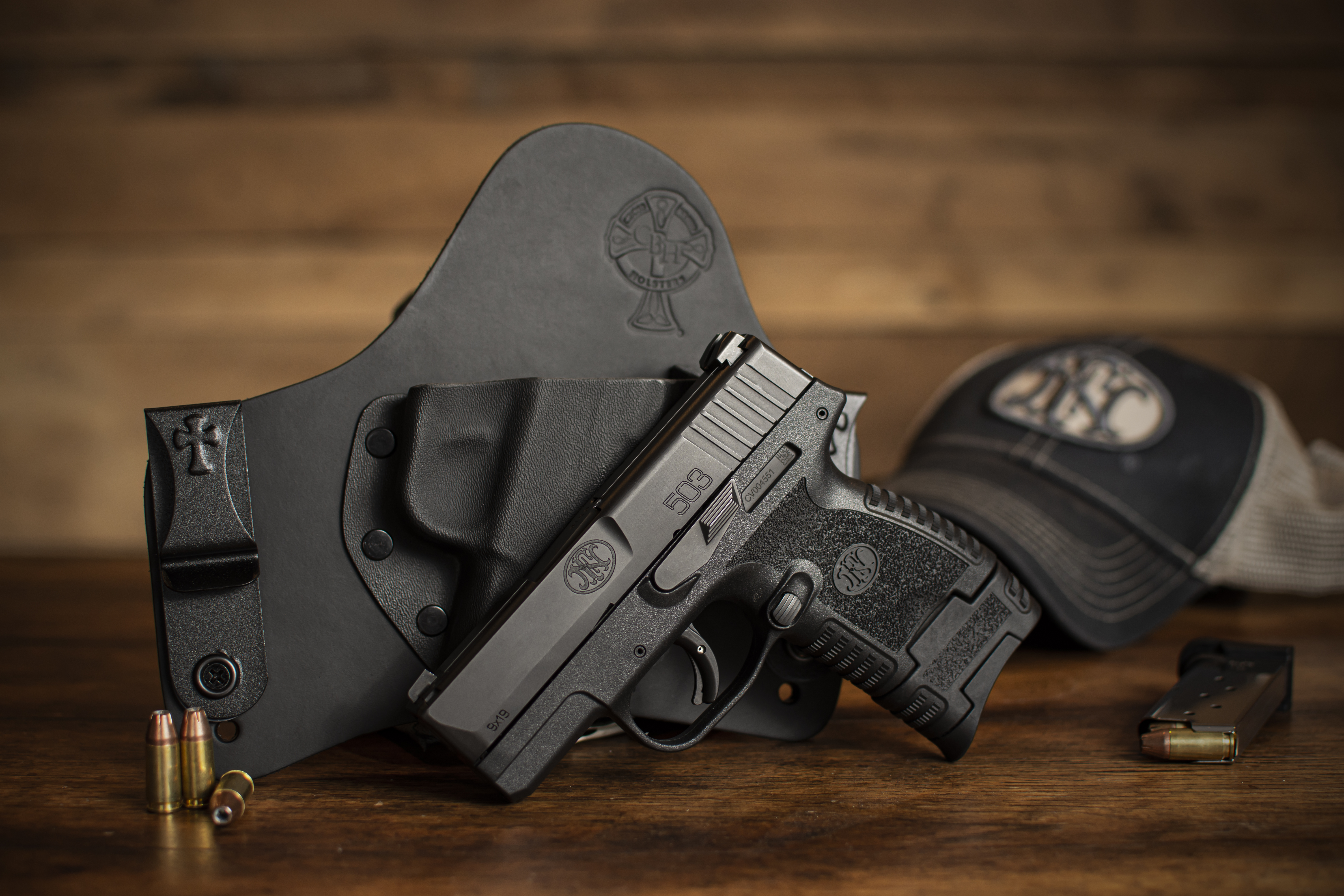 After much anticipation, FN has introduced its first entry into the slim 9mm pistol category with the 503.

This super-slim striker-fired autoloader pistol was designed with concealed carry in mind.

The FN 503, inspired by FN's legendary heritage, is the company's first entry into the slim 9mm pistol market. The FN 503, roughly the size of your hand, conceals quickly and discreetly without compromising on features or performance. The excellent trigger and soft recoil of this slim 9mm pistol make the FN 503 comfortable and controllable to shoot.

“Using the design, performance and reliability standards of the FN 509 family as inspiration, the FN 503 has been purpose-built to conceal quickly and discreetly without compromising on the features and performance FN customers require,” the iconic gunmaker said.

Here's what you need to know about the new FN 503:

FN's first entry into the sea of slim-line pistols on the market breaks down like this: 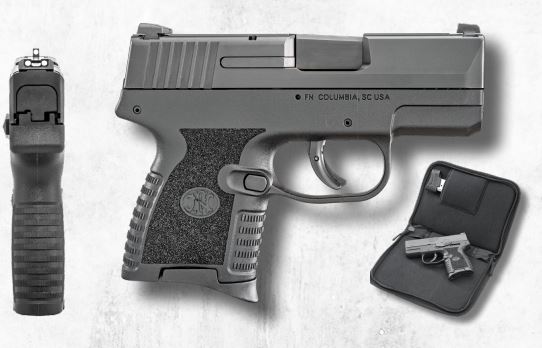 The FN 503 is a seriously slim 9mm and features an advanced texture for a secure, comfortable grip. The slide has low-profile iron sights to prevent snags and utilizes the same dovetail as the FN 509 series of pistols. The 503 has a loaded chamber indicator and rear cocking serrations for easy slide manipulation.

The pistol also boasts a crisp, easy-to-shoot metal trigger with an average of 5 lb. trigger pull. The snag-free sights ensure a quick draw from any holster or bag. And the enlarged controls make it easy to switch between the 6-round standard magazine and 8-round extended magazine included with the pistol. 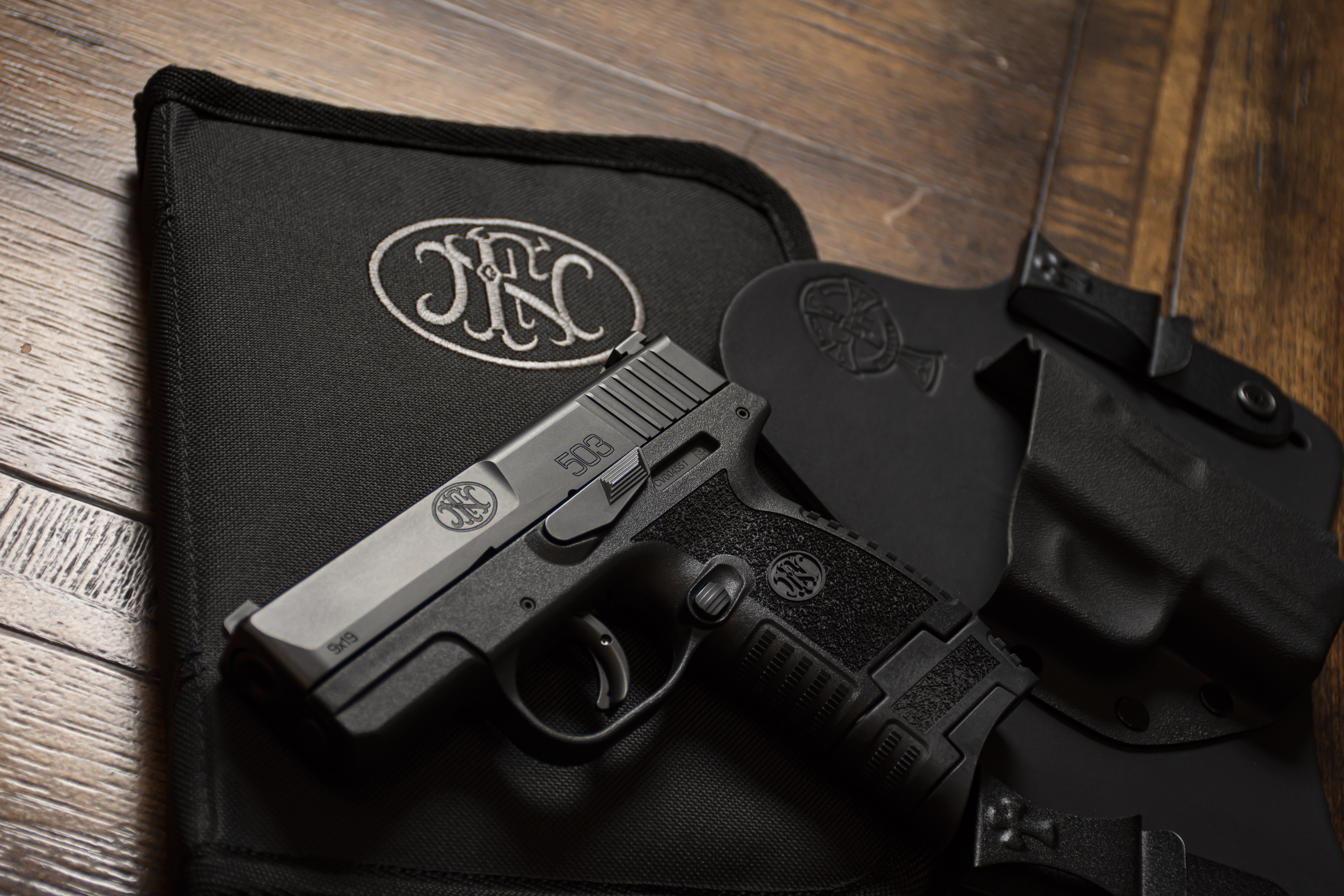 Sizing the new FN 503 pistol to comparably-sized handguns like the Springfield Armory Hellcat and the Smith & Wesson M&P9 Shield, the most noticeable difference is the beefy wide grip. The advanced texture provides a tight, aggressive grip of the pistol despite its thin profile.

Flipping the guns horizontally, you can definitely tell that the length of the grip of the FN 503 doesn't affect the width of the gun itself. When FN says the 503 is a slim-line pistol, they aren't kidding! This gun is crazy thin, check it out between the Hellcat and M&P9 Shield: 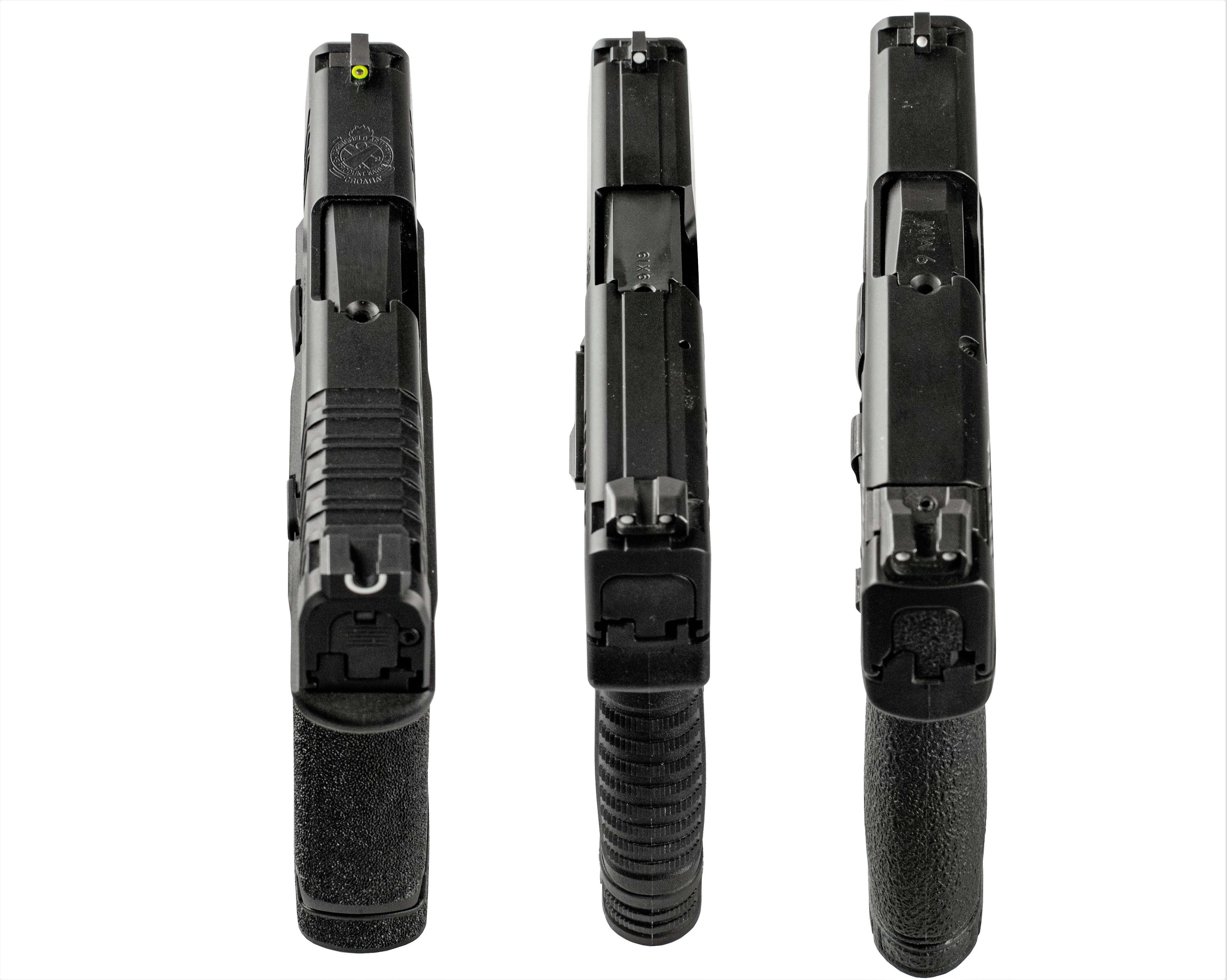 We had the opportunity to work with FN to ensure customers would have carry options available and are proud to offer the following holsters available now for the 503:

What do you think? With an MSRP of $549, has FN brought a true contender to the table with the 503? What do you like about it? Will you look for one to shoot the next time you head to your local range? Do you think FN has provided a worthy challenger to the Hellcat, Shield, the Sig Sauer P365 or even the Glock 43?

Sound off in the comments, we want to hear from you! 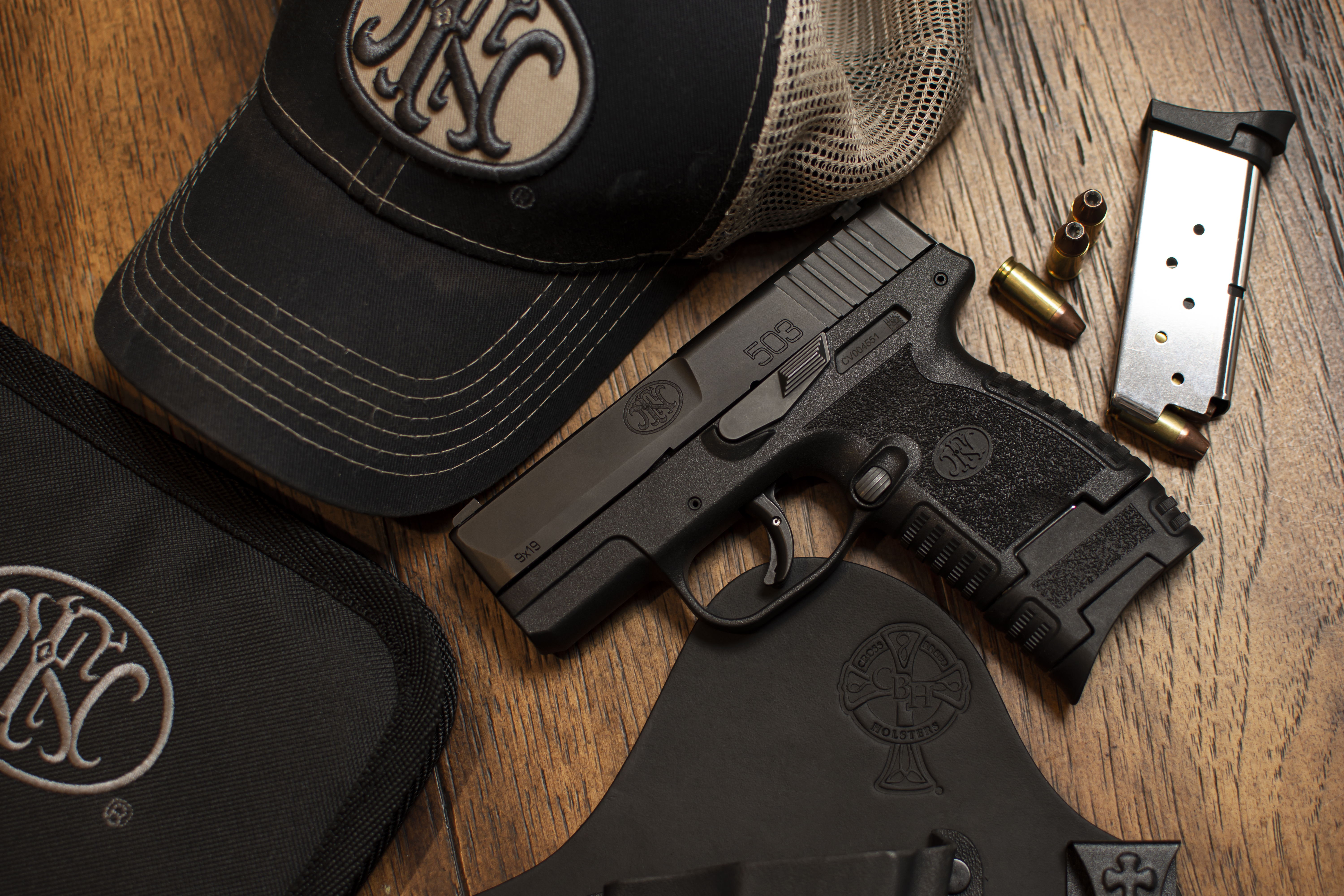 Jacques has hundreds of hours of firearms training under her gun belt including USCCA's Street Encounters and Low Light/No Light Training, she is a graduate of the Gunsite Academy, and was named a S.A.F.E. Summer Local Champion of Firearm Safety by the National Shooting Sports Foundation's Project ChildSafe. A staple in the firearms industry since 2009, Jenn is proud to be raising her three children with her husband John who is also an avid hunter, 2A supporter, and an amazing father.