Derringers - The Past, Present, and Future 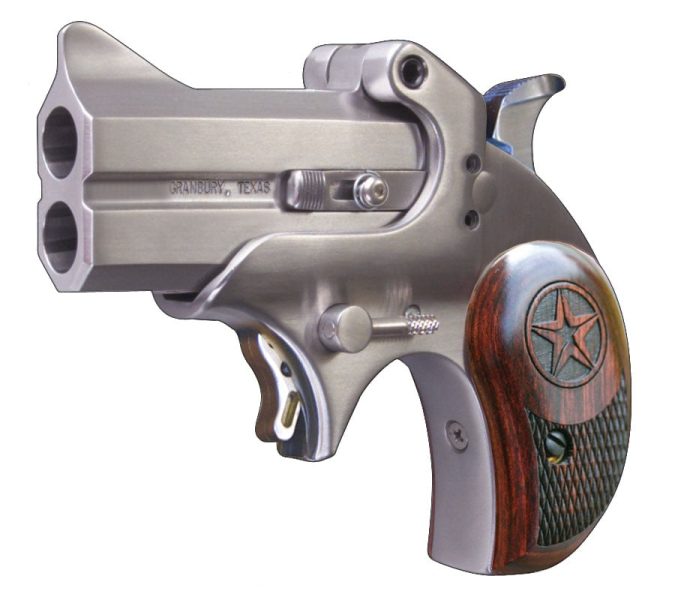 Who doesn’t love a Derringer? These pistols offer you a weapon that’s about as small as a gun can be.

They are very simple with few moving parts, and tend to be very easy to conceal. In fact, that was the purpose of the first derringers. While small guns had existed before, a man named Henry Deringer created a gun known as the Philadelphia Deringer. This started a trend of ultra-small pistols containing a shot or two, or sometimes four, that were not automatics or revolvers, or even pepperboxes. Today we are going to dive into the world of derringers and discuss their origins as percussion pistols to the modern style of the derringer.

Is it Derringers or Deringers?

Henry Deringer created the Philadelphia Deringer in 1853. These ultra-small percussion pistols chambered a .41 caliber ball in their rifled barrels. These little guns were fairly popular and were produced until 1868, with over 15,000 sold. These small guns were easy to conceal and allowed normal people to defend themselves from the outlaws of the era. 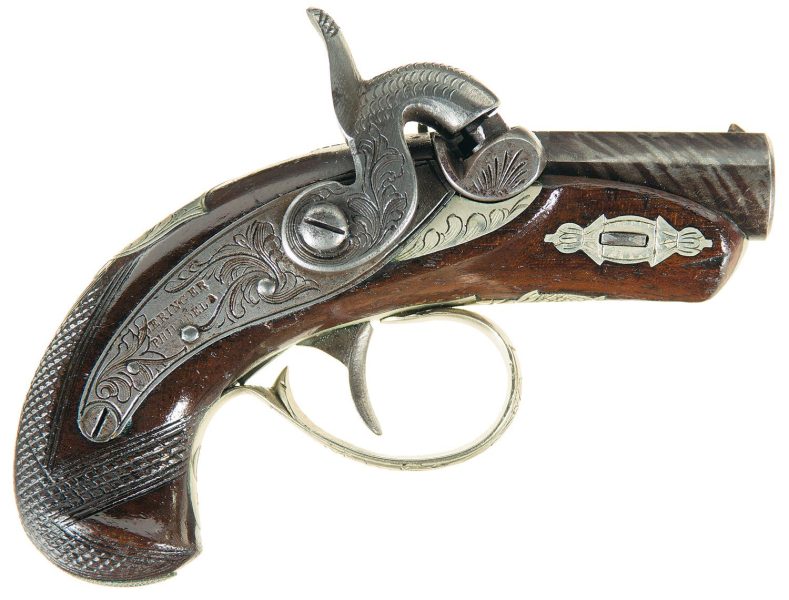 As small single-shot pistols, they didn’t offer much firepower and were typically sold in pairs. These guns found themselves concealed in boots, vest pockets, and up sleeves. They became popular enough that imitators arose and would copy everything from their design to their markings.

You may have noticed that Deringer and derringer are two different words. Deringer would be the more appropriate name, but then President Lincoln was assassinated by John Wilkes Booth and his Philadelphia Deringer. This was massive news, and many newspapers began spelling Deringer and derringer, and the world accepted it as the new name for these little pistols.

After the Civil War, percussion weapons were quickly fading away to metallic cartridge options. Derringers evolved and followed suit.

The Colt, Sharps, and Remington Models

Colt produced three generations of these revolvers in a .41 caliber rimfire cartridge. These guns featured a unique barrel and breech design that had the barrels pivoting sideways to allow the loading of the gun. Colt’s three models of this weapon remain popular, and a 4th model was even produced in the 1950s in .22 Short to capitalize on the popularity of cowboy movies and shows at the time. 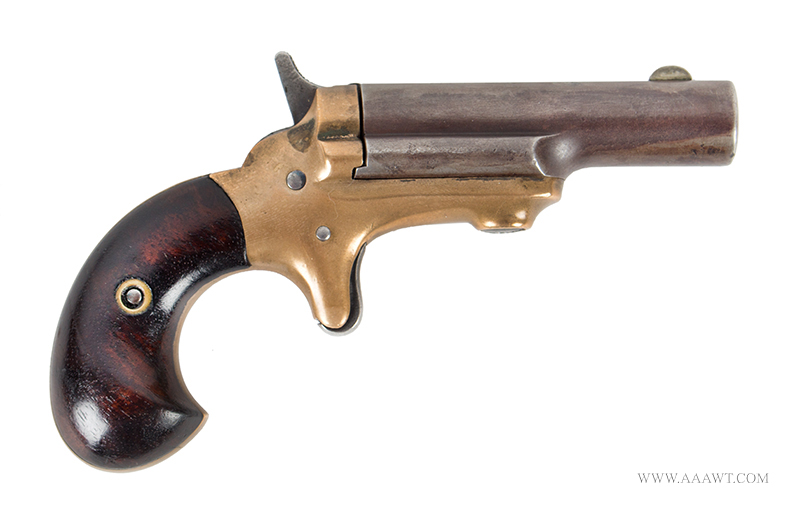 The Sharps Derringers offered a slightly thicker gun but got four barrels in a derringer format. These guns used a barrel system that slid forward to load the gun. A revolving firing pin allowed the user to automatically cycle between barrels. These guns came in .22, .30, and .32 Rimfire. They ceased production after the death of Christian Sharp. 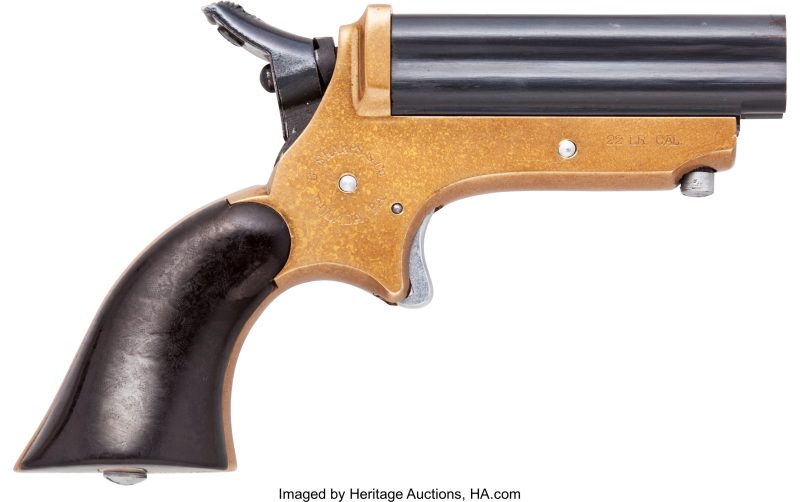 Remington produced the Model 95Dderinger, which featured two barrels, one on top of the other and a hinging action. These became quite popular and were produced from 1866 to 1935. The Model 95 is what most people picture when you say derringer. Interestingly enough, they used the correctly spelled Deringer for their firearm. These guns only came in .41 Rimfire. 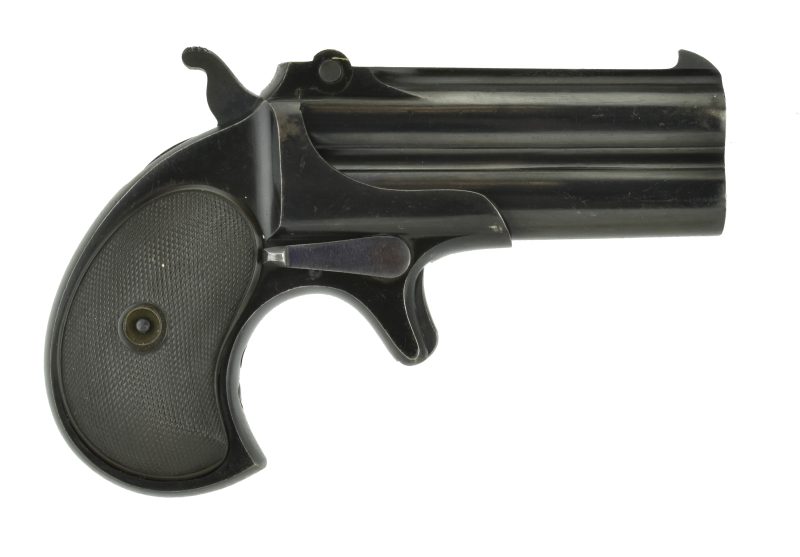 Plenty of replicas of old west derringers still exist, but on the modern front, they are few and far between. High Standard produced a very cool two-barrel .22 model with a double action trigger for a good bit and later a .38 special version. The COP .357 had a short run as a four-barrel .357 magnum derringer that ended up failing. 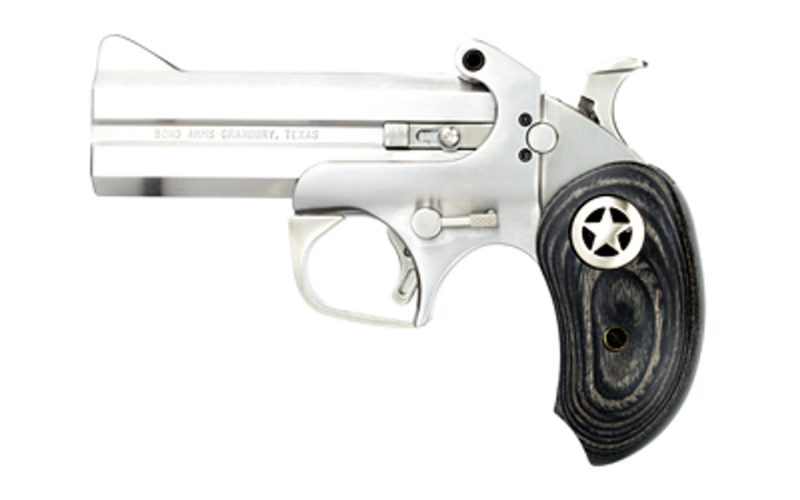 The Double Tap derringers are probably the most modern example, but they failed to gain many sales. A company called Altor makes a single shot 9mm and .380 ACP, but it’s fairly large. The most exciting modern derringer is likely the Trailblazer Lifecard, a folding single .22LR or .22 Magnum model. 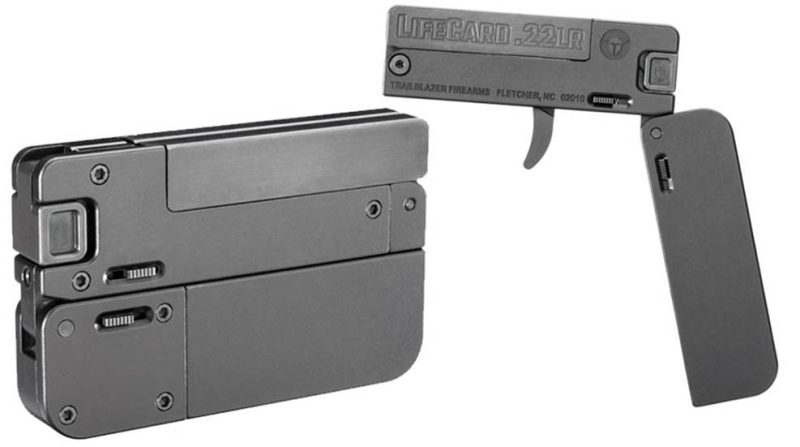 Outside of the LifeCard, derringers just aren’t that popular or useful. With the advent of micro .380s, it’s tough to justify a derringer. Heck, a KelTec P32 is smaller than most derringers and still packs six rounds of .32 ACP. Sadly, outside f plinking and old west LARP, the derringer isn’t likely to ever be a popular option.

Even so, sometimes plinking is enough, and in that role, they can be a little handful.