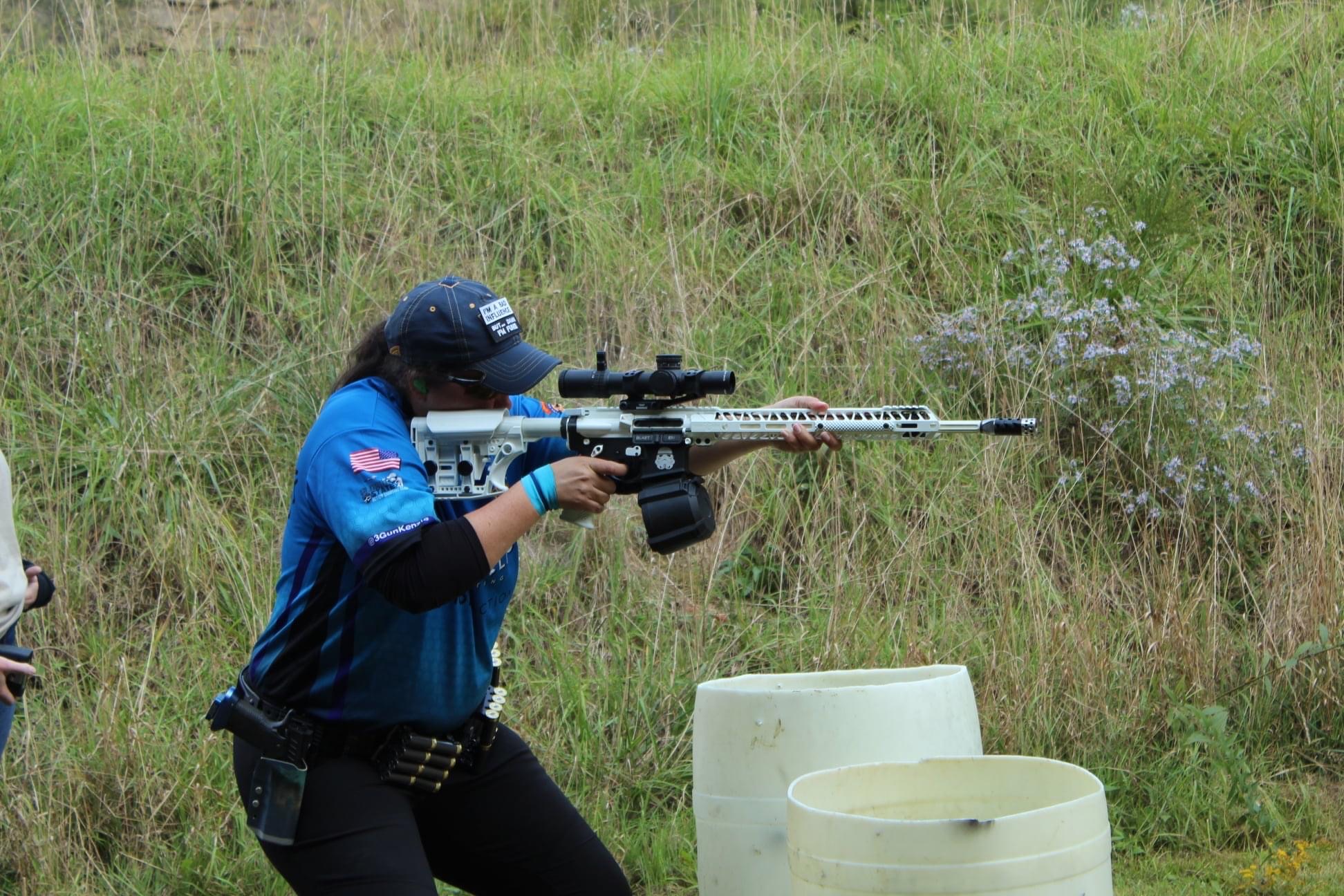 In our Competitive Shooting Guns & Gear Series of blogs, we'll go over specific shooting sports, what's needed to get started, what it costs to get involved, and a basic overview of the sport. The fifth shooting sport in our series is MultiGun.

MultiGun shooting competitions are the most fun because of all the obstacles you encounter, and getting to shoot three guns is just triple the fun! There are a variety of rulesets multi-gun matches can be run under, and some matches will have both a 3-Gun and 2-Gun division if you're not quite ready for shotgun. Multigun is not for the faint of heart. You can certainly show up to a match and have fun, but to be competitive, you need to master all three guns, be able to shoot on the move, and be trained for endurance.

USPSA - The United States Practical Shooting Association also hosts multi-gun matches with their own specific rules on what's allowed if a club is running a match under USPSA rules.

USSL - Under the United Shooting Sports Leagues is a subset of rules for the United Multi-Gun League. Shooting matches and clubs can choose to run these specific safety rules, division rules, and scoring principles. The scoring rules are also laid out, so no matter what match you go to, you know what you're getting into if they use UML rules.

PCSL - The Practical Competition Shooting League is brand new and was founded by multi-time consecutive national champion Max Leograndis in 2021. The PCSL is a vision of what the world’s premier practical shooting sport should be.

One of the most important lessons I learned is to run what you have before investing in fancy guns and gear. Multigun is not a cheap sport, and before buying, consult with shooters who have been shooting for a long time to learn more about what gear actually works and is necessary. 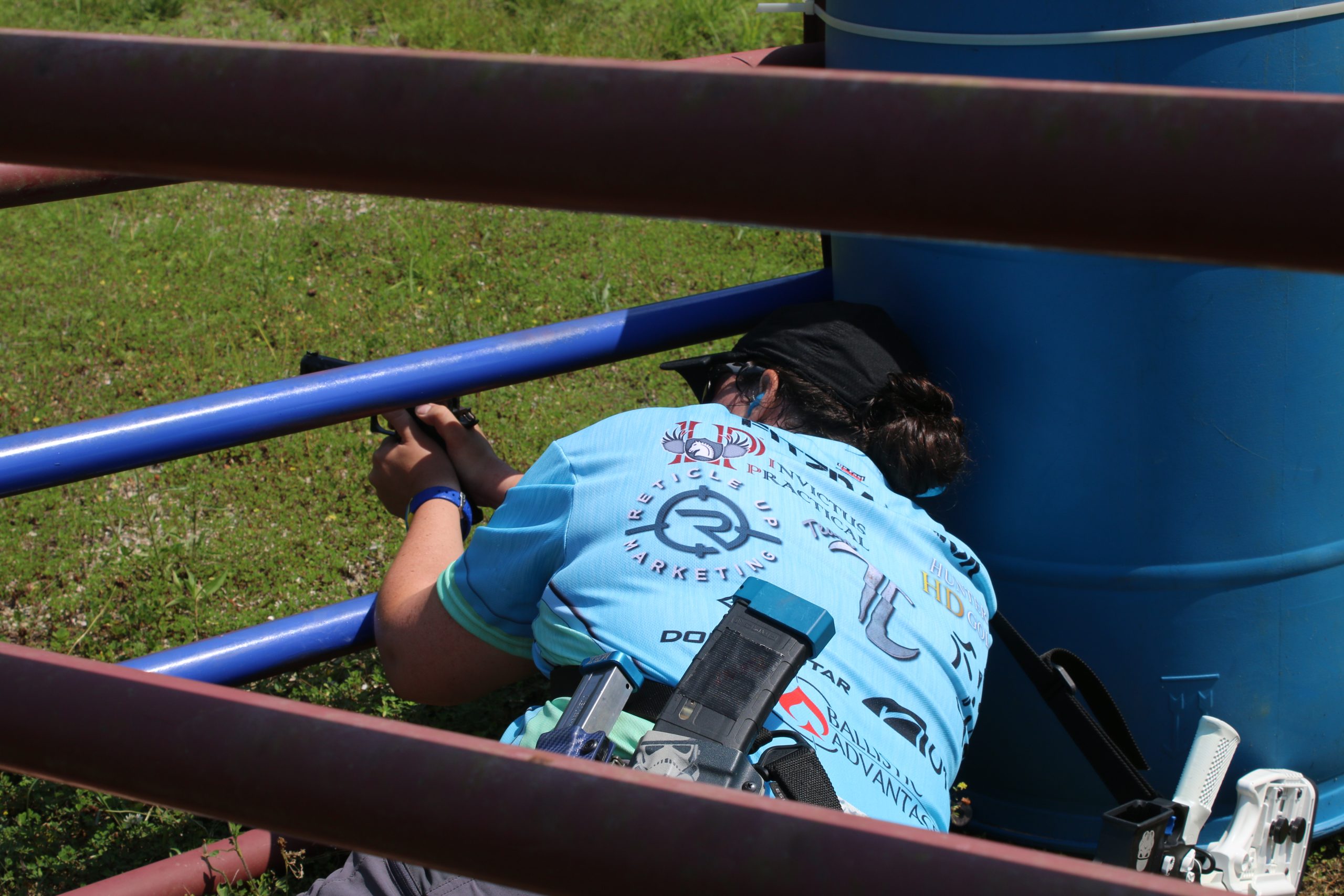 I've seen everything from Glocks, Caniks, Smith & Wesson's to Staccato's, MasterPiece Arms, and other 2011 pistols in multi-gun competitions. I started out shooting a Glock 19 and eventually worked my way up to shooting an all-steel frame 2011 pistol. If you have a full-size semi-automatic pistol, that's all you need to go shoot a multi-gun match. 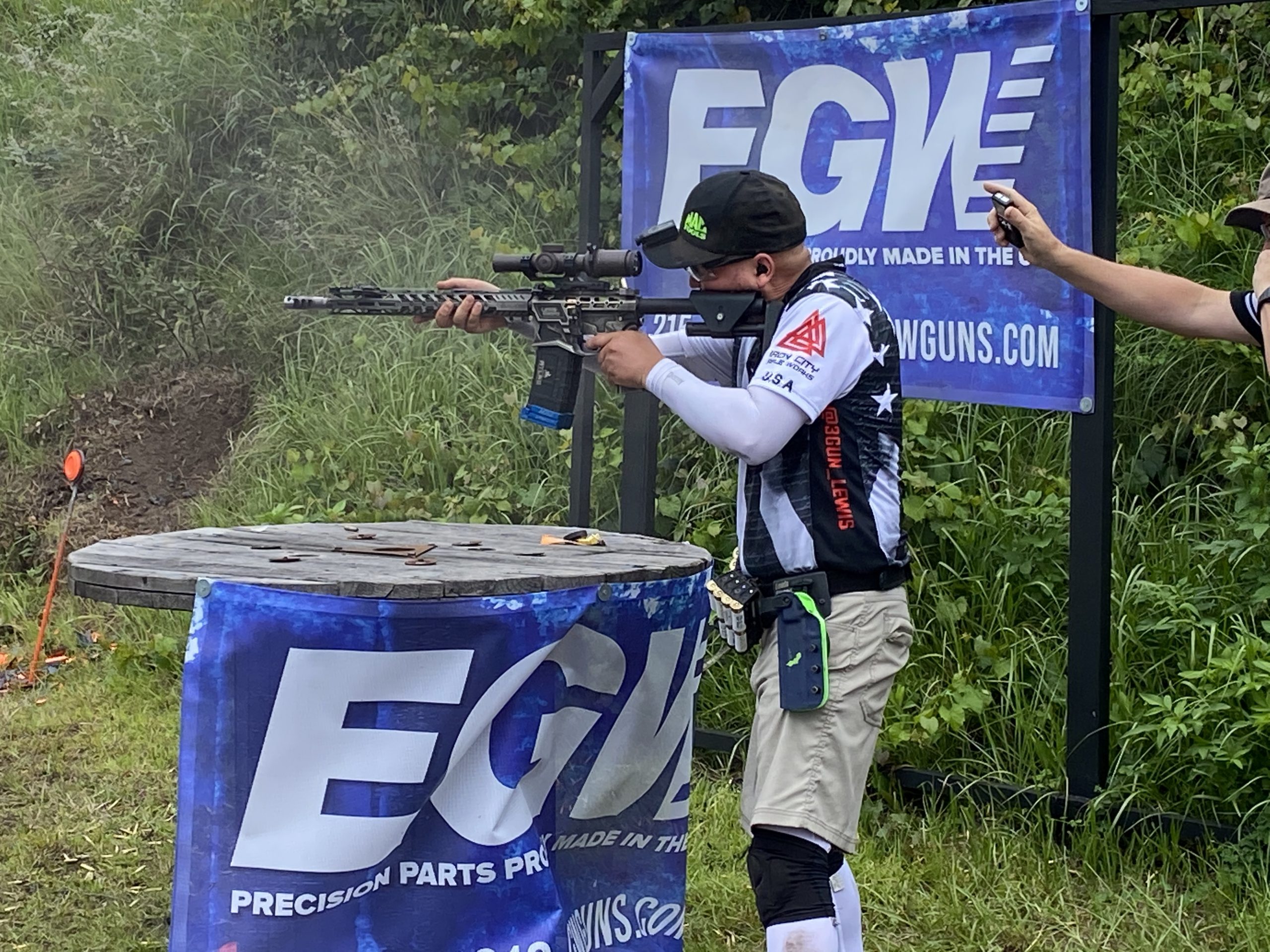 A basic semi-automatic AR-15 mounted with an LPVO scope is all you need to get started in multi-gun competitions. There are other divisions in multi-gun where you can shoot with a red dot only, use an AK variant rifle, or shoot heavy metal, which requires a heavier round like .308. As long as you have a semi-automatic rifle that you can shoot out to 300 yards or more, you're ready for multi-gun! 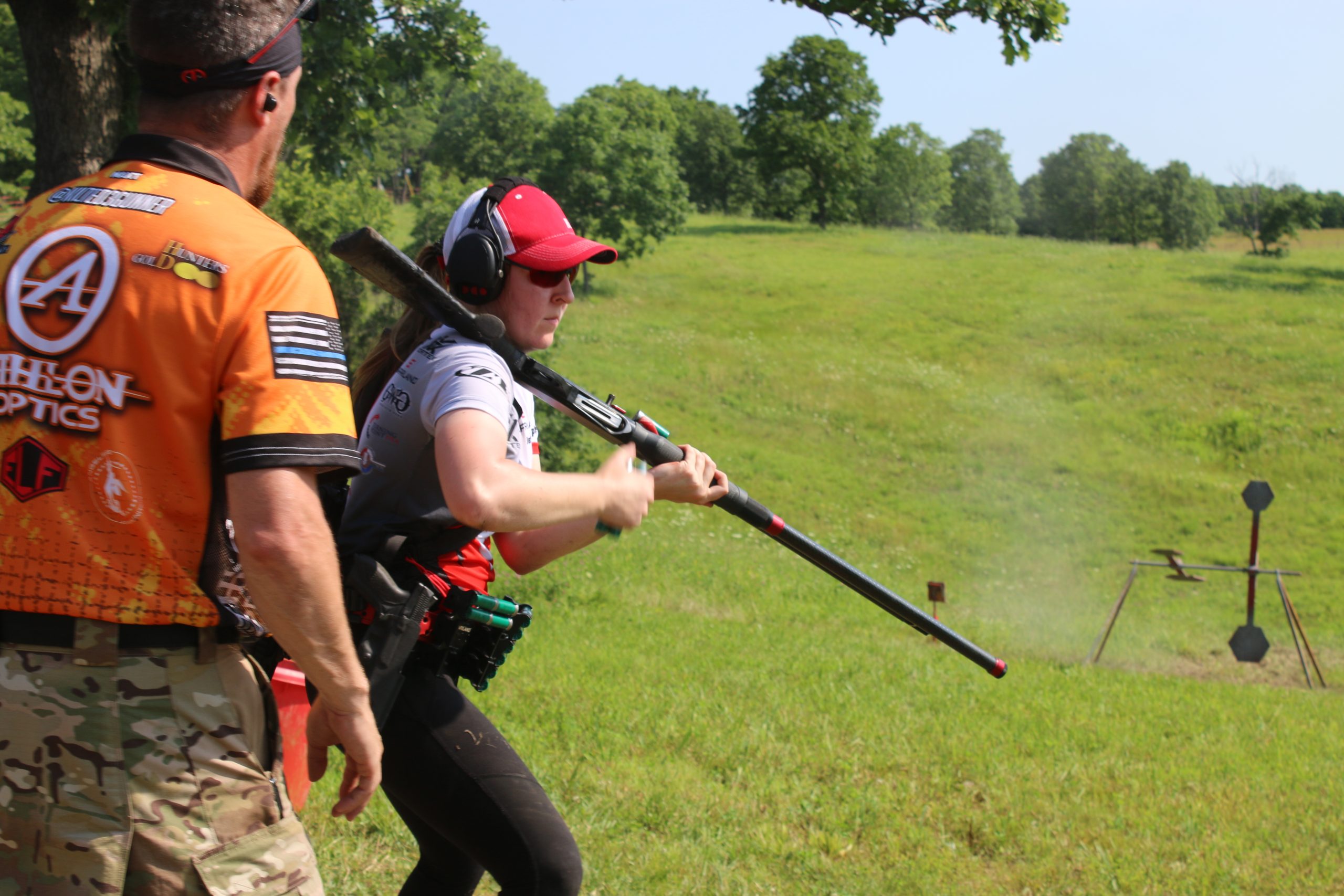 The shotgun is a more challenging gun to find for multi-gun. Any shotgun off the shelf will, for the most part, not be competitive in multi-gun competitions. You can run two types of shotguns in multi-gun (which also depends on your division); tube-fed or magazine fed. There are a few upgrades to a tube-fed shotgun that you'll need for multi-gun. The loading port usually needs to be opened by a gunsmith for easier loading, the tube needs to be extended to hold more shells, and a better front sight is helpful. Magazine-fed shotguns are a ton of fun to shoot in the Open division. Just mount a red dot and have a few magazines, and you're ready to go! Some model shotguns now, like the Stoeger M3K and the Beretta 1301 comp, are more race ready for 3-gun as they were designed with competitors in mind.

In multi-gun competitions, there is occasionally a division called 2x4 where instead of using a pistol, you can use a pistol caliber carbine. Similarly, in some 2-Gun specific competitions, you can shoot in the pistol/PCC division or pistol/AR-15. 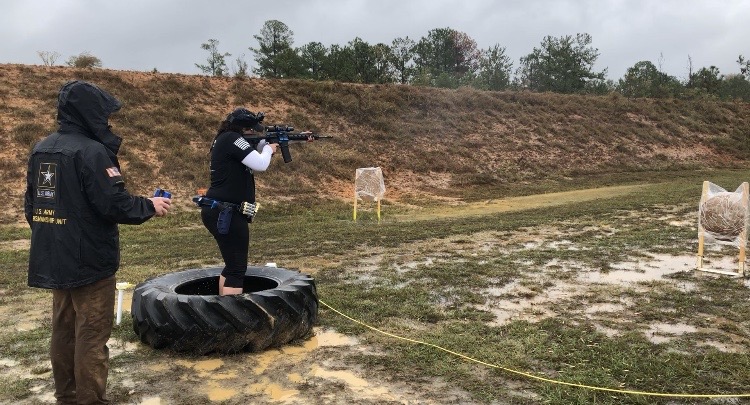 A competition belt and a quality holster that will retain your pistol while running are the two most important gear items in 3-gun. On some stages, you'll be required to shoot a rifle, pistol, and shotgun, which means you must carry all of that ammunition and your pistol on your belt. For multi-gun, I like to use a holster with a hood for many reasons. The first ever DQ I had in a match was because my pistol went flying out of my holster while I was running. No matter what holster you use, ensure the retention is adjustable and can be tightened to keep the pistol secure while moving. 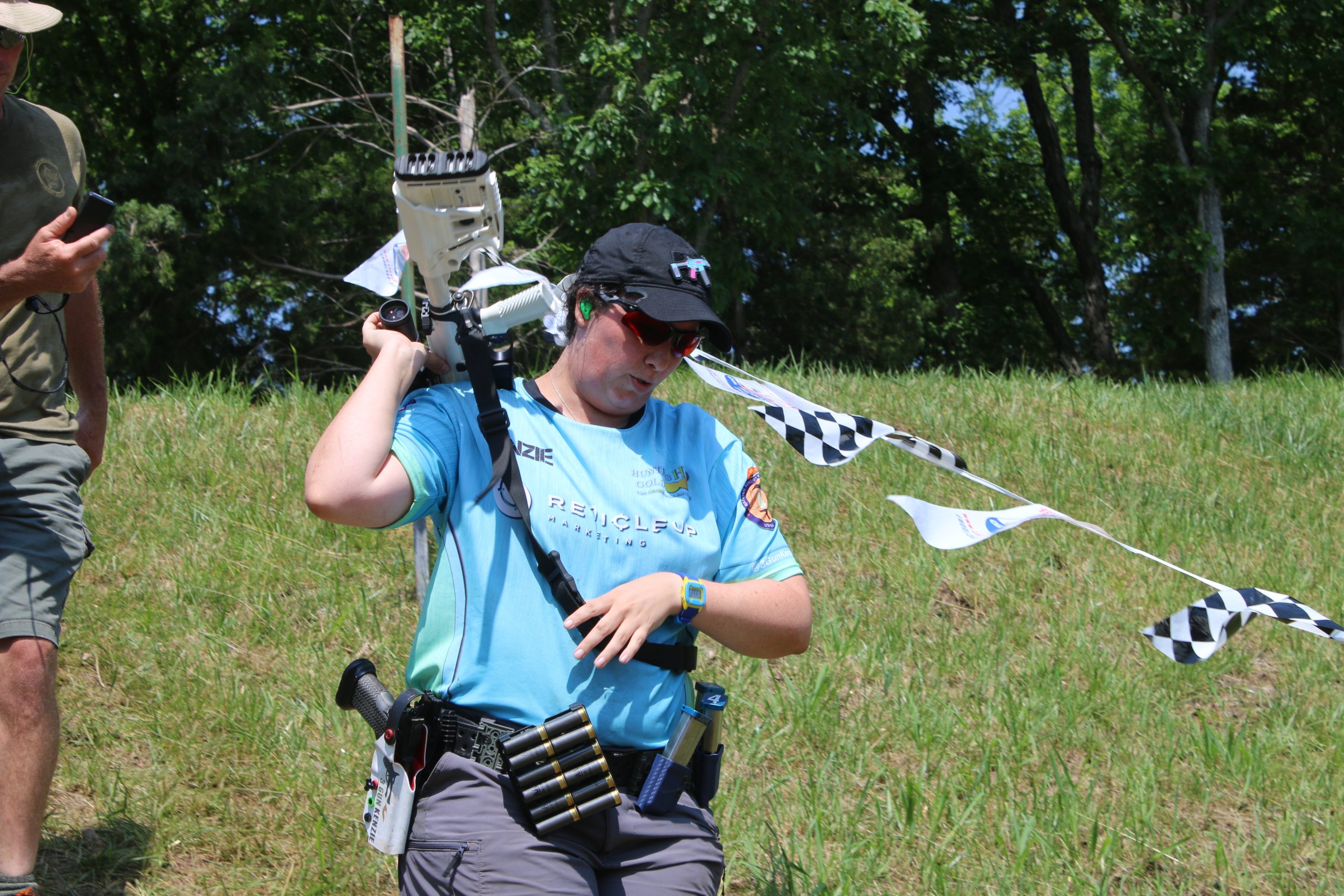 I recommend at least three magazines for both your rifle and pistol. I have shot a pistol-only stage before that had over 60 shots if you shot it clean, which I definitely did not. I went through five and a half magazines on that one stage. I have shot targets beyond 600 yards in numerous multi-gun competitions, so I prefer to run 75 or 77-grain heavy bullets for long-range shots. On those stages, with a mix of close and far targets, I will shoot the close targets first and reload my rifle with a magazine with heavy-grained bullets.

Magazine pouches are not all made equal. Similar to the holster you use, your magazine pouches should have adjustable retention to keep fully loaded magazines on your belt while running. I have had magazines fly out of pouches more times than I can count, and I have had to go back to pick them up off the ground when I needed them.

If you choose a magazine-fed shotgun, you'll need clips to attach your magazines to your belt since they're too long to put in a pouch. For tube-fed shotguns, shotshells are best held on shotguns caddies. Caddies come in a variety of configurations set up for strong or weak hand loading, quad or dual loading, and can hold anywhere from 4-12 shells on one caddy. They also make shotgun caddy belts that go around your belly button that hold anywhere from 20-32 shells. Your setup will depend on how you load and what you prefer to use.

Find Multi-Gun Matches Near You