The 1911 tends to be a very divisive gun. You either love them or make fun of them and their owners.

Some folks think the weapon has never been surpassed and it's still the greatest handgun ever created. They spout phrases like, “Two World Wars!!”

Still others say the gun is hopelessly outdated, is too heavy and too large for an 8 round capacity.

I could take the time to dive into every one of these arguments, but instead, I’d rather talk why I like the 1911, and specifically, why I love this 1911. 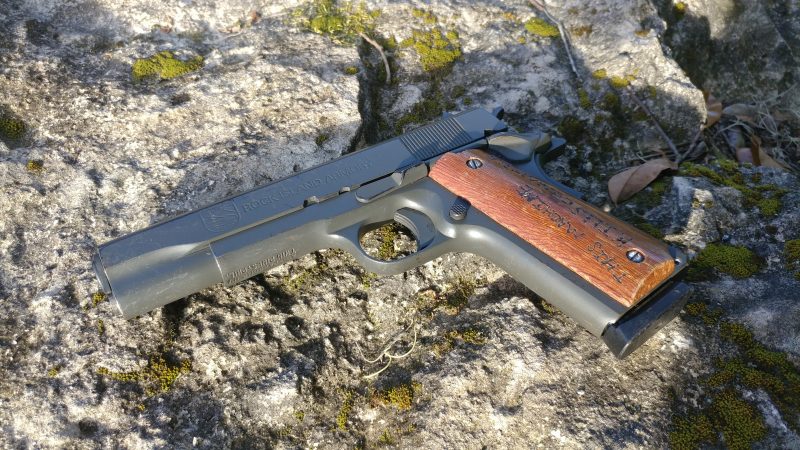 The Rock Island Armory 1911 GI Standard 45 ACP is likely the cheapest gun in my inventory but one of my favorites. It personifies the 1911 as it was created in many ways. The 1911 is a very popular pistol and, as such, you can find it in a massive variety of configurations. There are night sights, ambi controls, wider magwells, optics, rails and more.

In my opinion, the G1 Standard from Rock Island is a 1911 just as God and John Browning intended.

The GI Standard model is nothing fancy and to me, that’s exactly what makes it so appealing. The gun is built to be stupid simple. What’s fascinating is this is one of the few 1911s out there that doesn't try to be the second coming. It’s just a 1911, take it or leave it. 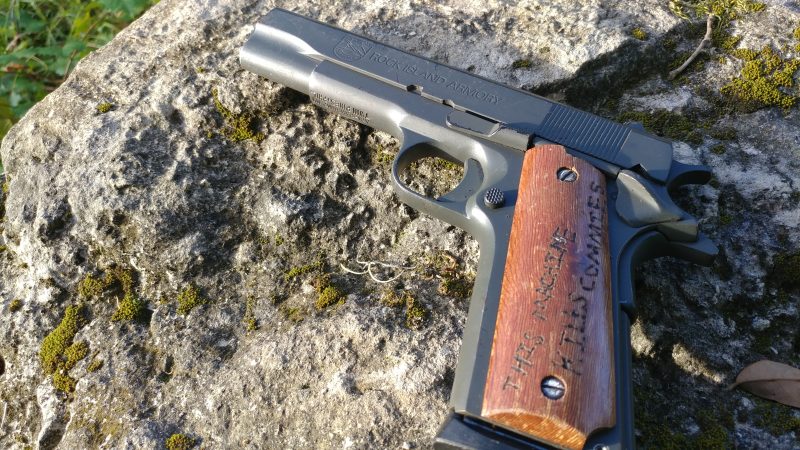 The GI Standard’s Simplicity hearkens back to the original issue model with some internal differences. This is built on the Series 70 design. The Rock Island GI 1911 cost all of $389.00 about ten years ago, and while their prices have increased they are still a wonderful budget pistol.

I've said it once, and I’ll say it again, it's not a fancy pistol. It’s a relatively simple design with simple features. The gun has wood grips, comes with two Mec Gar 8 round magazines, a simple manual safety and the smallest sights I've ever used on a full sized pistol.

The hammer is gently textured with a bit of stippling, but the grips are smooth as a baby’s bottom. The trigger is stock standard and nothing fancy in design. That could be the entire mantra of this pistol: nothing fancy and everything works.

On the range is where things get interesting. The merits of the 1911 design show, as do the limitations of the GI Design. You can approach this pistol in 1 of 2 ways. The first one is the way I approach it. I approach the gun with the idea that this is a range gun, a historical replica that allows me to feel and experience history. It’s not a gun I'd use for concealed carry, home defense, or even competition.

The second way to approach this gun is judging it as a combat pistol. If you come with this approach, you'll be left very disappointed. 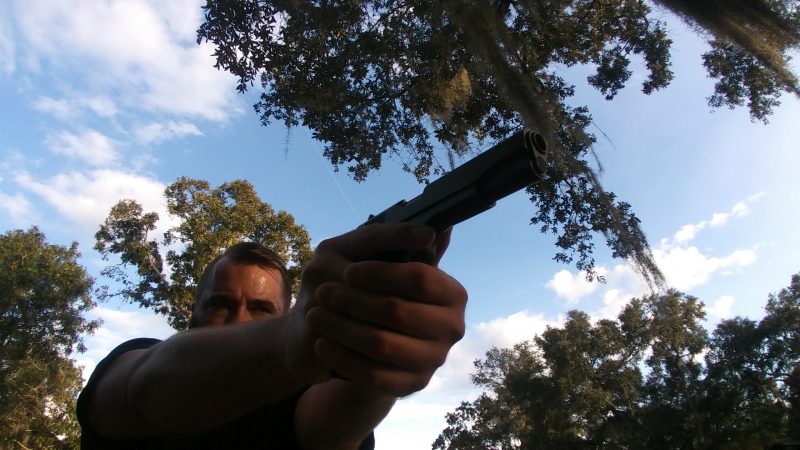 The sights are small and hard to use rapidly even int he brightest of range situations. Drawing, and trying to get a rock solid sight picture isn't going to happen fast. This is a gun that slows you down, makes you take your time. The safety is small but still easy to access if you are a righty.

You should also expect a healthy dose of hammer bite. The small beavertail isn’t enough to protect your hand from the sting of the hammer. The bite isn’t more of a mild annoyance. If the hammer was a larger custom model things may get worse but the GI hammer isn't overly large. 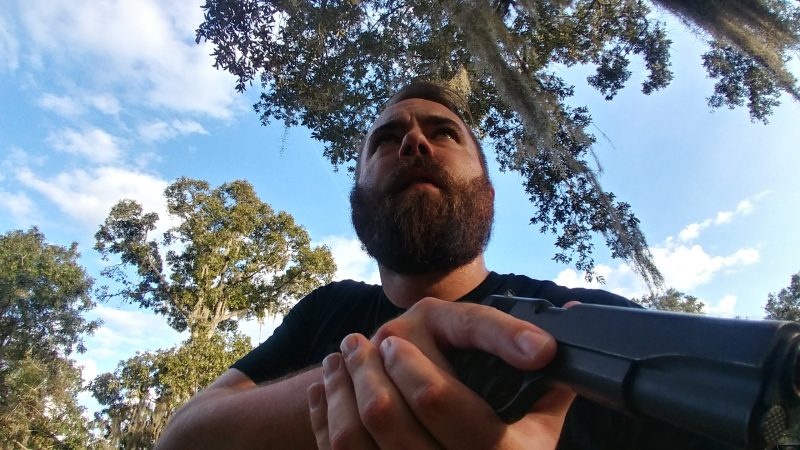 The magazine release is also small, and slightly more recessed that most modern 1911s feature. The button works but requires a little more press and grip shift then I'd prefer. You never notice difference grip stippling makes until you start shooting a gun without it. The smooth wood grips and the uncheckered front strap do no favors when it comes to keeping the gun centered with a nice tight grip.

I felt the need to readjust my grip after a few shots constantly. Recoil wise its pretty standard. The 45 ACP isn’t a powerhouse, but it still gives you a good push. Push is how I’d describe it. It's not snappy and it pushes the gun rearward with an authoritative thump.

The trigger is simple in design with a crisp light pull. Much better than it has any right to be in such an affordable gun. It’s consistent and light, with just a little take up before you meet the wall. It breaks crisply and the reset is both audible and tactile. It's oh so satisfying.

When it comes to accuracy, the gun is very consistent. It forms great little groups, and when I get the sights right, I can put them all center mass. The Rock Island 1911 is a solid little gun. Performance wise it likes standard brass cased 230-grain rounds.

It does tend to be sensitive with some JHPs. The rounder the better and the old Winchester Rangers work well, but new JHPs from SIG, for example, aren’t friendly with the design. Not a big issue for me because this is a plinking and range gun, not something I need for self-defense.

There is something historical about gripping and shooting the gun that was in so many 1911 fanboy’s words, “In two world wars.” The gun’s simple design is one of the few I know of that intentionally undersells itself and promises historical accuracy. The gun itself is far from a combat handgun compared to modern designs but it's still an excellent addition to any collection, especially if you can appreciate the history of American Service Firearms.

To see which holsters will accommodate any combination of firearm and/or laser or lights, please use the SHOP ALL FIREARMS feature on our website to better narrow down your choices based on your preferred method and style of carry as well as your budget!