10 New Rifles from SHOT Show that Pack a Punch 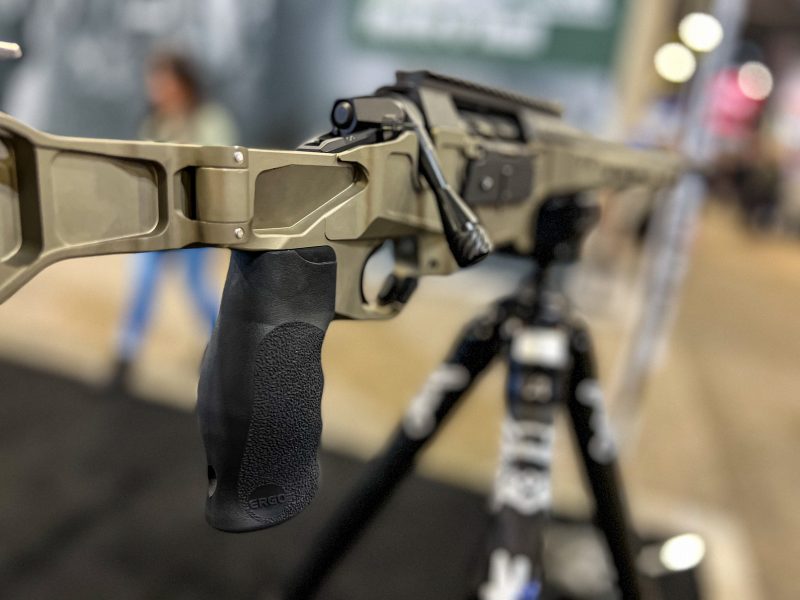 Kenzie Fitzpatrick takes us through her favorite new rifles introduced at SHOT Show 2022.

From bolt action to semi-automatics, there were quite a few new rifles from SHOT Show 2022. While this review is focused on completely built rifles, there were a few chassis systems that we can’t fail to mention as well. 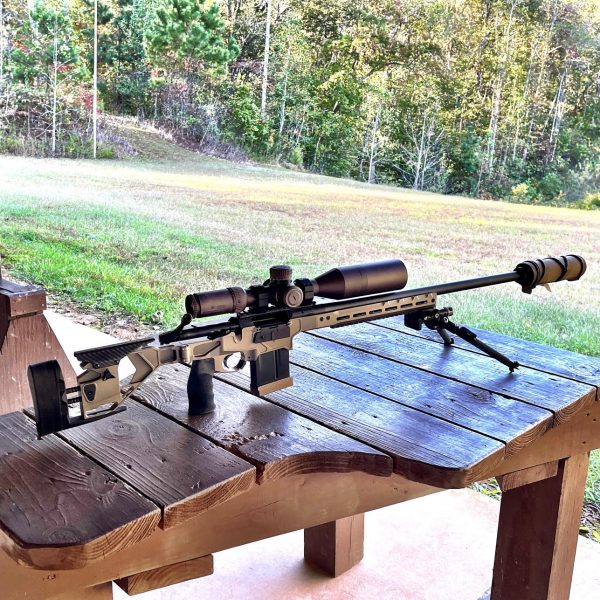 To say Seekins Precision's new Havak HIT rifle is impressive is a massive understatement. If you’re a hunter, long-range enthusiast, or precision rifle shooter, you’re going to want to take a look at this gun. One of the most unique features of this rifle is the quick-change barrel and bolt head system. With just one torque screw, you can take the current barrel off, put a new barrel on, ONLY hand tighten it, and it has guaranteed headspace. Mind blown already? There’s more.

To make life even easier for shooters, Seekins Precision designed a toolless bolt system. In just two minutes and using one screwdriver, you can go from a non-magnum caliber shooting rifle to a magnum caliber. The next best feature about the Havak HIT is the adjustable magazine release. No matter what type of magazines you run, you can adjust the height of the magazine latch to fit the mag system you plan to use. Gone are the days when you are limited to only being able to run a particular magazine in a gun.

The cheek weld and length of pull are both toolless fully adjustable. The stock folds to the right instead of to the left that most manufacturers typically do. When the stock folds in, it locks the bolt handle in place creating a narrower profile than the stocks that fold to the left. Now, when you go to sling this rifle, you aren’t having anything poking into your back. Lastly, the dust cover can be activated with the bolt open or closed, so if you’re in less than optimal conditions, you can protect your chamber from debris and dust. This rifle could very well be the last you need to buy to perform several different duties. 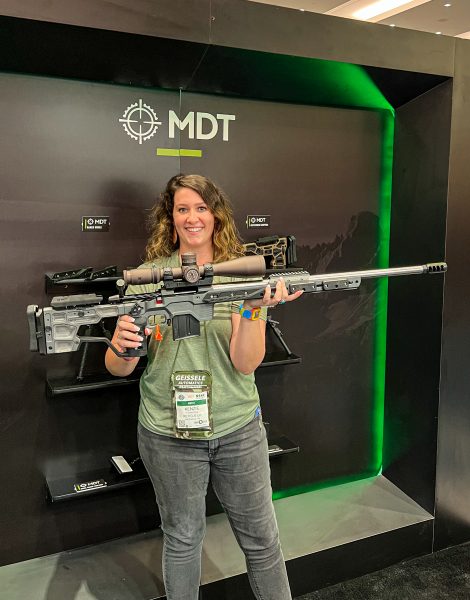 MDT has been prototyping a second version of the ACC Chassis system, which will be released as the MDT ACC Elite Chassis. While the new version is not a complete rebuild, MDT made quite a few minor upgrades to the chassis that make life that much easier for hunters, precision rifle competitors, and long-range rifle shooters.

Two of the upgrades made by MDT are an adjustable magazine release for height and an adjustable magwell to loosen or tighten to your specific magazines. The thumb shelf will be utterly adjustable in any way you need to fit your thumb placement. These three upgrades can genuinely help a shooter customize the gun to them. MDT also designed a quick-adjust for the length of pull and comb. They also added a bag rider in the back to be a straight-line design, so the buttstock doesn’t drop down. This keeps the recoil going straight back. Lastly, they added a little bit more material to the chassis to increase weight distribution.

For more details on the new Chassis, check out the VP Precision podcast interviewing Kyle Van Ruitenburg from MDT. 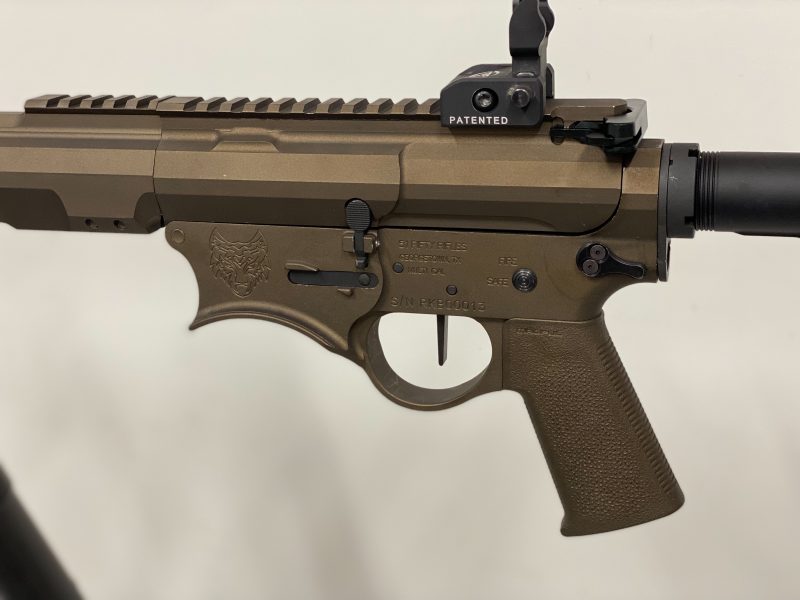 51Fifty’s Evolve Rifle is by far the most innovative of the new rifles from SHOT Show 2022. Gone are the days of take-down pins. Their new patent-pending lower design uses a rapid action cam that rotates 180 degrees to disassemble the upper from the lower. The cam pin has a spring plunger that you can set from 2.7 to 7.1 pounds (meaning over 14PSI on your rapid action cam) so you can set it up as light or as tight as you prefer.

51Fifty’s rifle can be set up in 9mm and swap over to .40 cal and 357 sig on the same lower. Their AR-15 rifle lower can go from 5.56 to 300 Blackout just by swiveling the rapid action cam and dropping the new upper on it. 51Fifty has also improved the AR-15 lower by shortening the magwell on it and allowing users to adjust the tension on the safety to customize it to their preference. Out of all the new rifles from SHOT Show 2022, this is one I have my eye on. 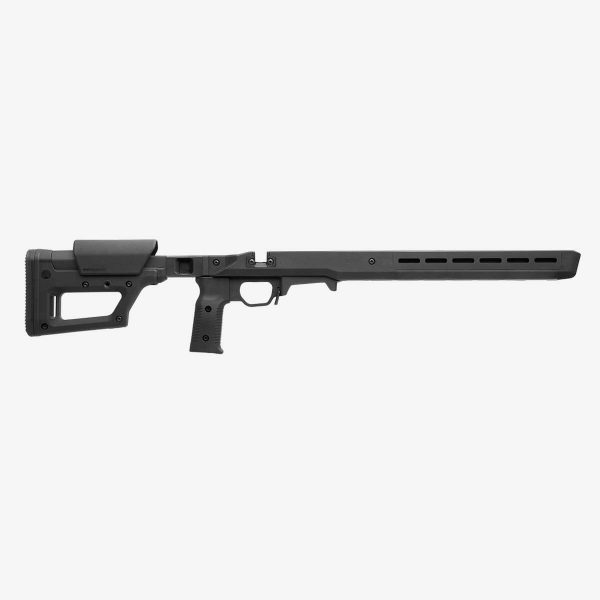 Magul designed their chassis to be optimized for their PMAG magazines and other AICS pattern short action magazines. Another neat feature is being able to swap grips to the shooter’s preference. 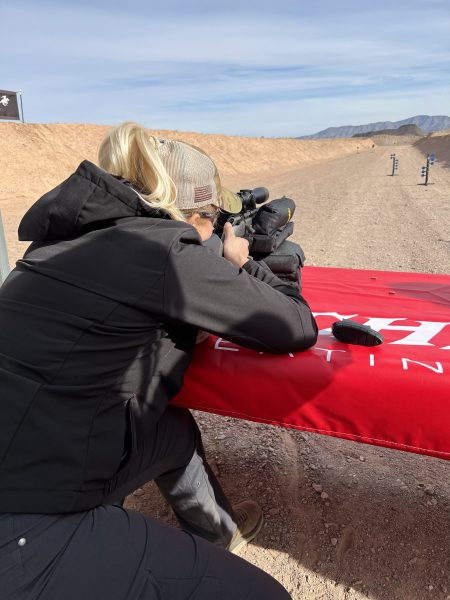 This little guy was probably my favorite gun to shoot out of the new rifles from SHOT Show. If you enjoy shooting .22’s, this rifle is as fun as they get. Winchester designed a new rimfire M.O.A. trigger, a three-lever design with zero creep, take-up, and over travel. The trigger pull will surprise you. When it comes to .22 ammunition, it can be a challenge to find what works in most firearms. With the Xpert 22 LR, there is improved reliability with rimfire ammo because of its hemispherical firing pin. During the time I spent shooting and watching others shoot the rifle at the Winchester booth, not a single malfunction occurred.

There is an adjustable rear sight if you prefer irons, but the receiver is also drilled and tapped to accept scope mounts. One of the better features of this gun is the extended bolt handle. This just makes it that much easier to find and reload the next round. The magazine release is ambidextrous on both the sides and bottom of the rifle, which was super neat to try out. I actually ended up preferring the side release. Lastly, there is a length of pull spacer you can add to lengthen the stock as well as a clip-on cheek riser if you need a little more height to see through your scope.

Bergara makes great precision rifles from .22LR to 6.5 Creedmore. One of the new rifles from SHOT Show was the Bergara MG Lite. The most innovative aspect of the new MG Lite rifle is the CURE carbon fiber barrel with coldbore technology. Bergara wrapped heir precision carrel with thermally conductive resin and anti-torsion carbon fiber with integrated stainless steel threads. This barrel is capable of dissipating heat quickly from consecutive shots, all while being lightweight, rigid, and keeping accuracy.

Bergara didn’t just cut weight in the barrel. The chassis has a carbon-fiber pistol grip and adjustable cheek riser on a folding stock, creating an ultra-lightweight chassis. Bergara also integrated a bubble level and Arca-Swiss dovetail machined into the fore-end which allows compatibility with Arca tripods. Whether you’re a precision competitive shooter or a long-distance hunter, this rifle will perform well in either scenario.

The MGLite will be available in the following chamberings: 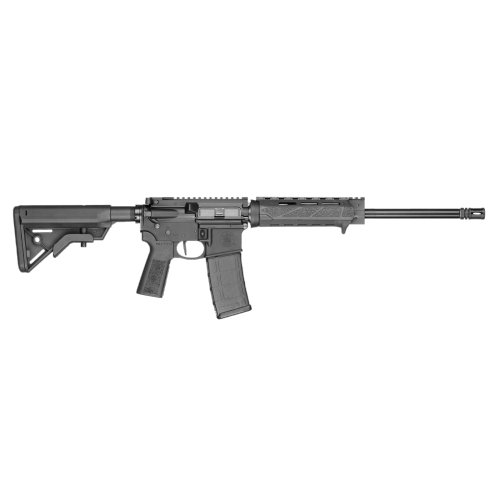 Smith & Wesson released the new Volunteer Series modern sporting rifles platform. There are a few models to choose from with a variety of options to select from including state compliance options, optic ready, engraving, and more. This gives customers the ability to semi-customize the rifle to them and follow all state compliance laws. In terms of innovation, this gun doesn’t offer anything that others aren’t already doing.

Browning released a bolt action rifle that comes in a variety of calibers and barrel lengths. One of the interesting features of this rifle is the X-bolt is free-floated which helps maintain barrel to stock spacing for consistent accuracy. Browning designed a new three-level Feather Trigger for the X-Bolt rifle. The trigger is adjustable and can be set from 3 to 5 lbs.

Browning was very detail-oriented about improving the optic mounting system on the rifle. The X-Bolt speed rifle uses the X-Lock scope mounting system that uses four screws at all four corners to replace the two-screw traditional model. This system secures the optic better, which can improve accuracy. The speed at which you reload a cartridge can mean the difference between harvesting an animal or winning a stage in a competition. Browning’s X-Bolt rifle uses a 60 degree bolt for easier and faster operation.

Browning X-Bolt will be available in the following offerings: 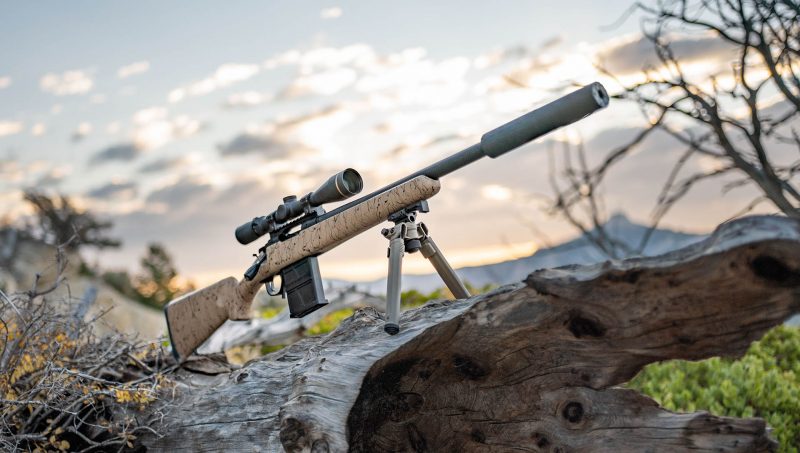 This rifle features a 0-MOA optic rail and a flat-shot TriggerTech trigger. The barrel has a removable 3-prong flash hider and allows for the use of a suppressor instead. This rifle starts at just 5.9 lbs and is available in different calibers.

CZ dropped an entire line of new rifles from SHOT Show 2022. While the series includes a variety of models, I checked out the CZ 600 Range. To start out, the stock on this model has QD sockets on each side, a toolless adjustable cheek riser, and a pic rail for monopod mounting. These features are beneficial for hunting big game and setting up the gun for you.

One of the best features in my opinion is the ability to adjust the trigger without removing the stock. This patent-pending design allows the shooter to rotate the 4-position dial to change the trigger weight from between 1.3 and 3 lbs. CZ also advertises a sub ¾ MOA guarantee at 100 meters, 5 shot group with match-grade factory ammo. This gun comes suppressor-ready and is easy to change calibers.

With all the options of new chassis systems and new rifles from SHOT Show 2022, you can get set up for virtually anything from hunting to competitive shooting.