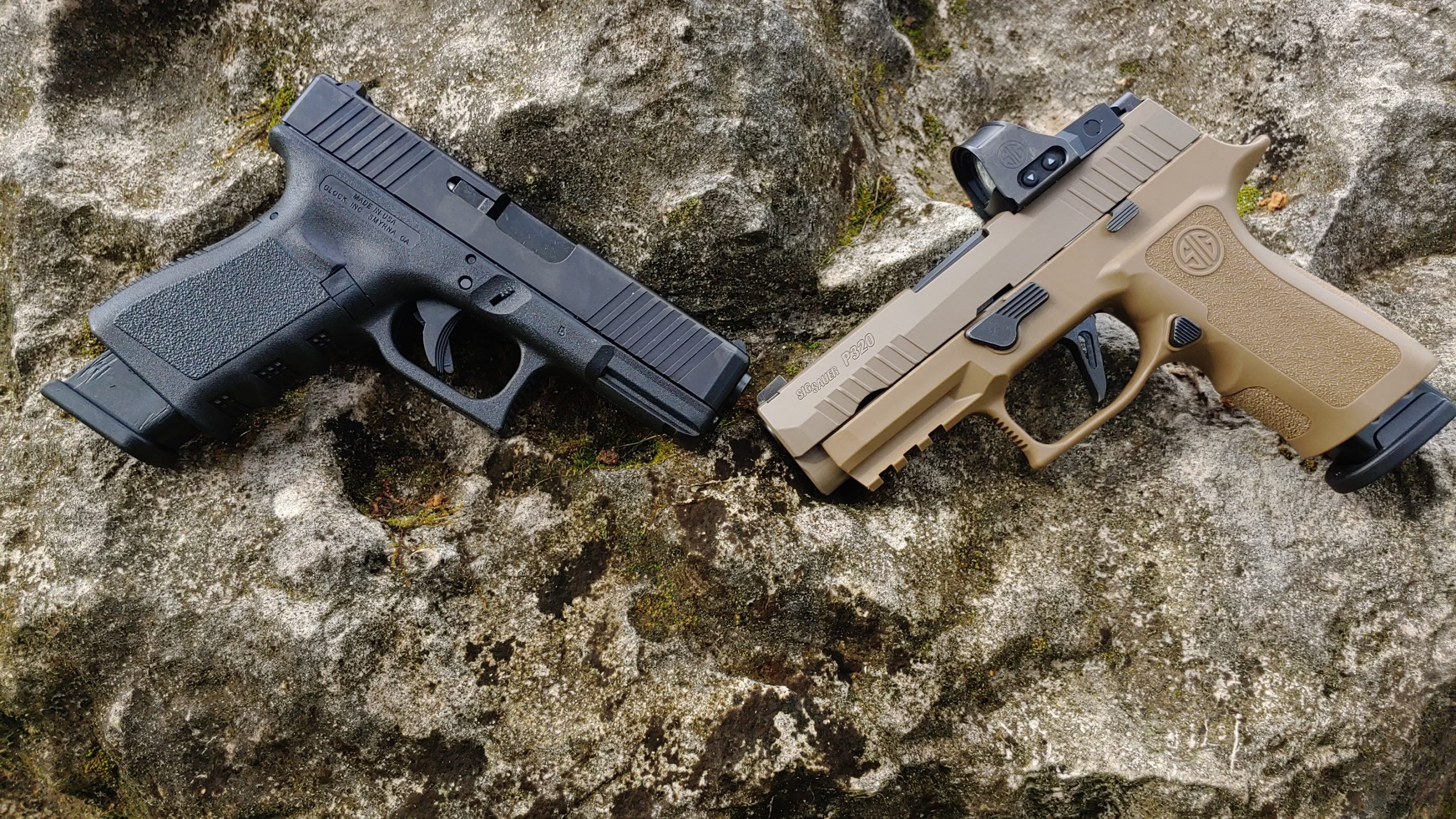 It's Glock vs. SIG: Are them fightin' words, son? See why Travis thinks the P320C might come out on top.

SIG's P320 has been a runaway hit. Not just with the military who adopted it as the M17 and M18 series, but with hundreds of law enforcement agencies and tens of thousands of concealed carriers. SIG has thrown its full weight behind the gun and allowed customers like me to pick and choose the parts for our P320s to make our very own. I've done just that with my own P320C, C standing for Compact.

The compact size of firearms as we know it today began with the Glock 19 and SIG P228. The Glock 19 series quickly became the standard-bearer for the polymer frame, striker-fired compact pistol. Glock has gotten a little complacent, though, and the P320C might be eating their lunch before they know it.

Like the Glock 19, the P320C provides a compact pistol with a double-stack magazine and just enough size to fill the hand but remain easy to conceal. Unlike the Glock 19, the P320 comes with proper metal sights, an in-spec Picatinny rail, a more ergonomic grip, and the ability to make it your own. Mine features the Custom Series slide with an optic mount and X series grip module with the Legion series trigger.

Being able to pick and choose your components puts the P320C above most guns in its price point.

At the core of the P320C and P320 series, in general, is the FCU. The Fire Control Unit is the officially recognized firearm portion of the P320. This little fella bears the serial number and gives shooters the ability to jump between guns and frames. I can turn my P320C into a P320 full size with parts I can easily order online.

This allows for modularity beyond any other pistol I currently know of. It allowed me to buy my own dream P320C and can allow you to do the same. The P320C comes standard with metal night sights, two magazines, and multiple configurations.

The gun weighs 25.8 ounces, is 7.2 inches long, 1.3 inches wide, 5.3 inches tall, and features a 3.9-inch barrel. It's a compact pistol that is easy to conceal but still remains a perfectly competent fighting pistol. It can run a full-sized light on its Picatinny rail and, as you can see, is the perfect host for an optic.

If you aren't a fan of the Glock grip angle, fear not. The P320C features a more American grip angle very similar to that of the 1911. While this is a personal preference, it does provide me a more ergonomic grip. At the rear, we have a nice beavertail that encourages a choked-up high grip to maximize control.

Below the trigger, we have a good undercut to support that high grip. It's a comfortable pistol to grasp and seems to fit hands both big and small hands well.

In my hands, this is one of the most accurate compact pistols on the market. Once I added a red dot, it became even better. The P320C gives me the ability to ring an 8-inch gong at 50 yards without issue. The Legion trigger provides a flat and very crisp trigger that glides rearward into a slight wall and then a smooth break.

When we talk speed, I turned to the 10-10-10 Drill and smoked it without a warmup. The 10-10-10 Drill is ten rounds on a B8 target at ten yards in ten seconds. I did that with all of them, not just in the black, but in the 9 ring in seven seconds on my first run. From there, I only saw my time decrease in slivers of a second while maintaining excellent accuracy.

The great trigger, optics, and ergonomics give the P320C an edge in this configuration. However, even a stock P320C can shoot straight. These features help the shooter eliminate human error, but if the core of the gun is flawed, they aren't that handy.

Ooh, here's a big issue that will cause a firearm to fail quickly. If it doesn't run, accuracy, ergonomics, and such are quite useless. So does the P320C run? Well, in my several hundreds of rounds downrange, I can happily say, yes, it runs. 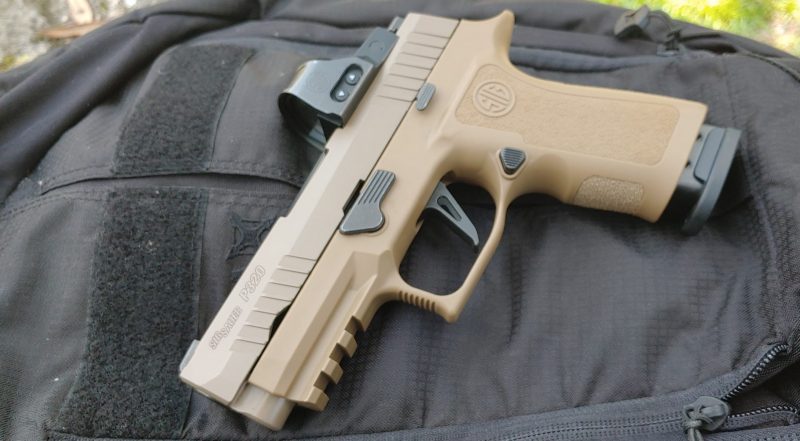 Beyond me, the US Army tortured the guns quite a bit, as have the dozens of police forces across the country. I'd hazard to say it's plenty reliable.

The SIG P320C provides a more refined compact pistol. It's user-customizable, extremely accurate, reliable, and now the choice of the United States military in the form of the M18 series. If you want a better Glock 19, then the P320C is the way to go.

What do you think of these two guns? Are you a Glock 19 fan or a SIG P320C fan? If you could pick one to add to your arsenal, which would it be? Comment below!