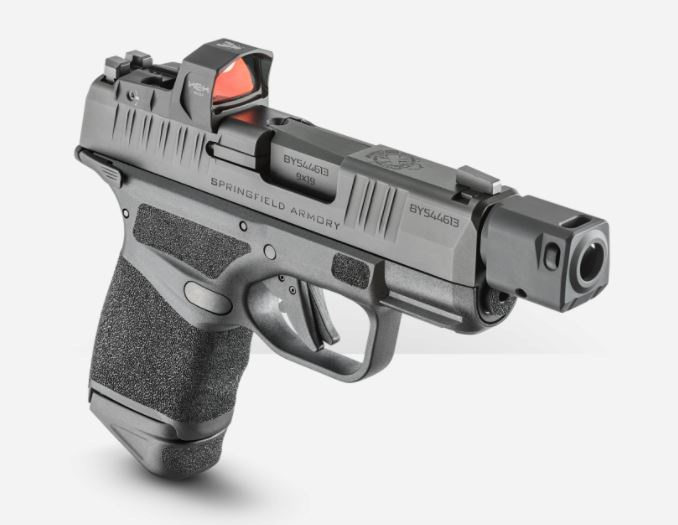 Springfield has built upon the success of the original Hellcat by adding features typically found on bigger guns.

When Sig introduced the P365 in 2018, the concealed carry world stood up and took notice. More like jumped up stunned, really. What was this voodoo magic that allowed 10+1 rounds in a subcompact pistol? How was that physically possible? Turns out they weren’t the only ones who had figured out how to conjure up more rounds in a smaller gun. Along came Springfield with the Hellcat a short time later and the race was on to capture the larger-capacity subcompact market!

Building on the success of the original Hellcat, Springfield one-upped the game again with this year’s intro of the Hellcat RDP. Standing for Rapid Defense Package, the RDP took everything everyone loved about the first Hellcat and added a handful of upgraded features to increase the Hellcat’s bite.

Rather than make a new version of the venerable XD series, Springfield chose the higher road and created an entirely new gun in the Hellcat. While the XD is certainly a quality firearm, the Hellcat needed to be completely different. 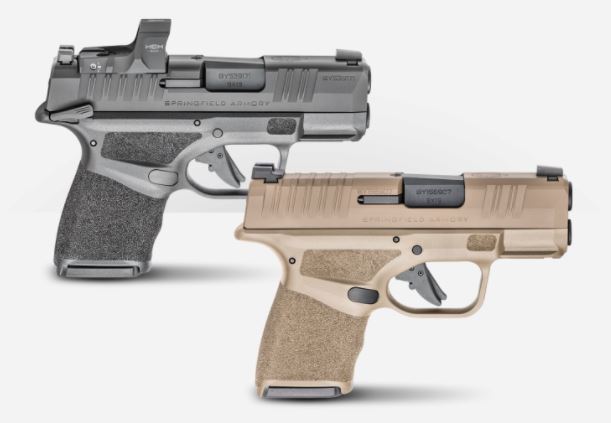 The Hellcat RDP’s design comprises the best of a concealed carry pistol with its overall 1-inch width, 3.8-inch Melonite barrel, and 4-inch height (4.5-inch with extended magazine) with features formerly only found on full-size guns, namely a red dot and two magazines with more than 10 rounds each.

Thanks mostly to its overall boxy appearance and brutish lines, the Hellcat likely won’t win Sexiest Gun Design of the Year, but the engineers at Springfield were certainly focused more on function than form. That’s not to say it’s ugly. Perhaps “beefy” is a better term.

Not new but carried over from version one, the Hellcat RDP offers two magazines: 11 rounds and 13 rounds, one more in each than the Sig counterpart. The 11-rounder features a pinky extension for better grip yet easy concealment because the back of the pinky swell is angled to reduce printing. The 13-rounder, which most folks will likely opt for as the spare mag, has a full extension, not quite as easy to conceal. That’s not to say you can’t conceal it; you just have to be a bit more judicious.

The original Hellcat has what many consider a good trigger already, but Springfield felt they could do even better on the RDP, so they reconfigured the trigger face geometry slightly for a smoother shooting experience. When I shot the new trigger by itself, I didn’t notice a big difference. However, when I shot them side by side, I could tell the new version was better – not leaps and bounds, but it was a bit easier to shoot. It is also crisper, with a less sluggish reset.

Gimmick or real help? When I first saw that the RDP featured a compensator, I wasn’t entirely convinced it was anything more than a bit of marketing trickery. Did it really do anything? Muzzle breaks and compensators have been significantly reducing recoil on rifles for decades, but a subcompact pistol? I wasn’t so sure. But when I shot the gun, I understood the significance of adding it. 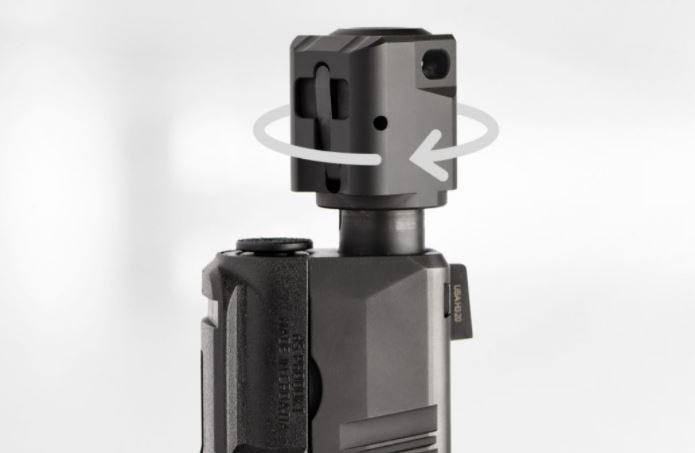 I grabbed an assortment of loads and hit the range. I fed the RDP everything from 124-grain ball ammo to 115-grain hollow point and 100-grain HoneyBadger rounds from Black Hills. It all ran smoothly with no jams, malfunctions, or other issues from any of the ammo or the gun. As for the compensator, could I tell a difference? For science (of course), I removed the compensator and shot some rounds for comparison. The verdict? The compensator did seem to make a slight difference in felt recoil, with follow-up shots easier to hit. It wasn’t a huge difference, but that doesn’t mean the compensator is useless. Just don’t expect it to make a 9mm shoot like a .22.

But even if you don’t care about the compensator, guess what holds it on: a .5x28 threaded barrel, the perfect size and threading for a suppressor. That alone might make the Hellcat RDP worth buying.

One gigantic (yet still small, because it’s a subcompact) improvement over the original Hellcat is the addition of the included Hex Wasp Red 3.5 MOA dot that is low profile enough to co-witness with the tritium/luminescent front and u-notch rear sites, making zeroing super simple and allowing the shooter to use the sights should the red dot fail or run out of its 10,000 hours of juice. 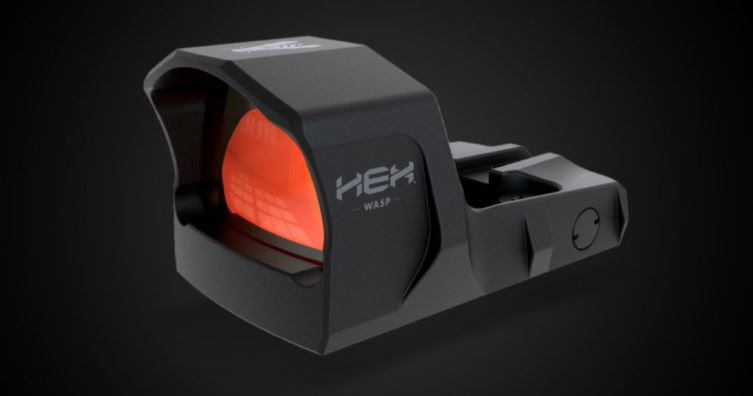 As a marketing guy, I couldn’t help but applaud Springfield for making the Hex zero adjustable with a hex wrench. Rather fitting, no?

As with any new gun introduction, holster manufacturers must respond with a variety of products to help customers carry the gun safely. Here are a few that we offer. 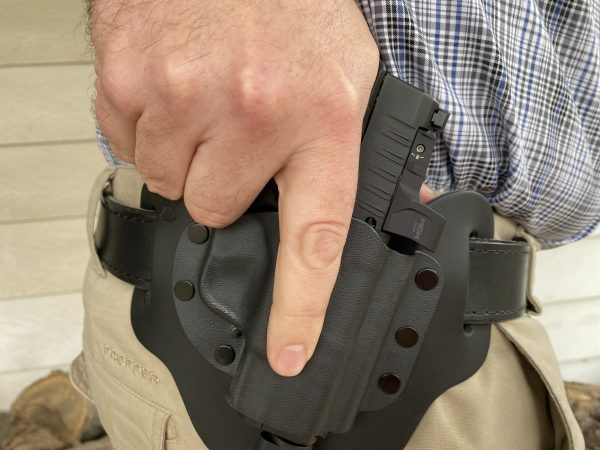 While the Hellcat is not new, the RDP version features enough significant upgrades to stand up and take notice. The grip was solid yet comfortable, finding the dot and sights was quick and simple, and the gun shot reliably with zero malfunctions. At $899 MSRP, the Springfield Hellcat RDP is absolutely worth a look.