Spice Up Your Dry Fire With Laser Ammo- Beyond Sci -Fi 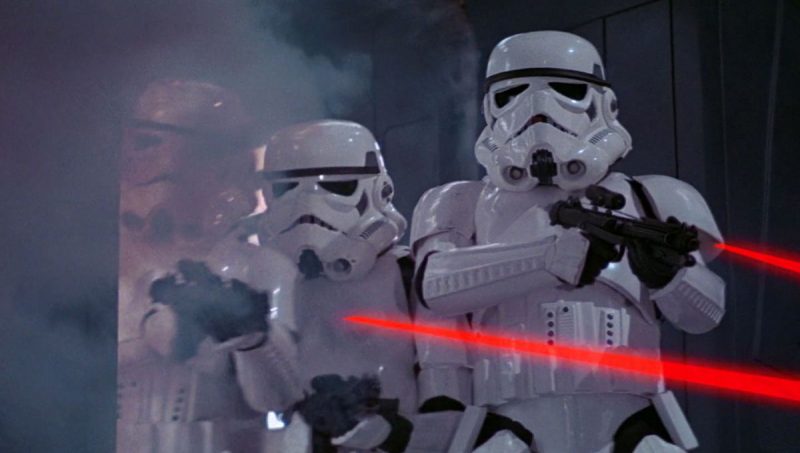 How do you keep up your skills with ammo prices so high? Train without firing a shot.

The market for firearms training devices has grown by leaps and bounds in the last five years. Dryfire used to be a boring task we all did to get a little bit better at shooting. Things like Laser Ammo cartridges have taken dry fire and took it from boring to just plain entertaining. A laser ammo cartridge fits into the chamber of your firearm, and when your firing pin strikes the rear of the cartridge, a laser 'fires' and delivers instant feedback.

Laser ammo cartridges come in all sizes and flavors. You can get them for nearly any common handgun caliber. 9mm, 380 ACP, 40 S&W, 45 ACP, 38 Special, and beyond are all rather common options in the laser ammo realm, so the majority of concealed carriers are covered.

Laser ammo cartridges instantly elevate your dry fire to the factor of fun. Seeing where the laser strikes gives you instant feedback. You can see if you are striking low and left or to the right or high while you dry fire. Not only does it give you instant feedback, but allows you to have a good bit of fun while dry firing. 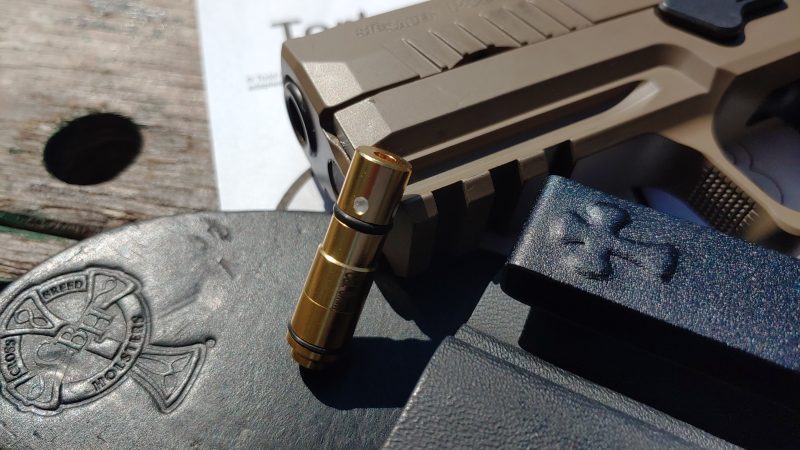 You can't 100% replace range time, but you can supplement it and retain your skills when time stretches between range trips. Laser ammo cartridges provide you plenty of feedback to work on trigger press, grip, and proper sight alignment.

I'm using a Red Point Arms 9mm laser cartridges, and they are one of many who produce these dry fire cartridges. The same goes for targets. Companies like Laser Lyte, Laser Ammo, and iTarget Pro produce various targetry options. iTarget Pro utilizes a cell phone-based app that can even record your shots on a setup paper target.

Laser Ammo and LaserLyte make standalone targets recognize and record the shots fired by a laser ammo cartridge. I've used both the iTarget Pro app and Laser Ammo Laser Pet and found them both to be great training aids. Both work best indoors in moderate lighting conditions. 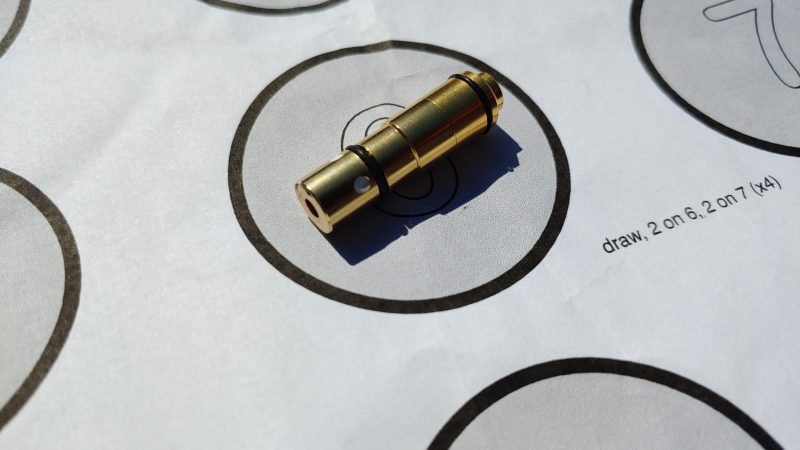 I chose the Red Point Arms 9mm laser cartridge because they seem to be some of the best made on the market. The cartridge has two o-rings for precision alignment, a durable rubber pad for firing pin strikes, and heck, and it even comes with batteries.

The Red Point Arms laser ammo cartridge fits in your chamber snugly and won't fall out as you cycle the slide to reset the trigger. My cartridge was dead on with the sights of my SIG AXG pistol and worked without issue. I used a pencil with the eraser end to remove the cartridge without risking the laser lens.

I've since put hundreds of laser beams downrange. Downrange being my kitchen. I've worked with numerous free apps and just plain dry-fired using the cartridge for instant feedback. Never has it failed to ignite or fire when I pressed the trigger.

The red laser shines for only a brief moment, but it's bright and easy to see in typical house lighting conditions. In bright sunshine, it's a bit tougher to see, admittedly. Laser ammo works best indoors, or at least under a barn or covered porch. 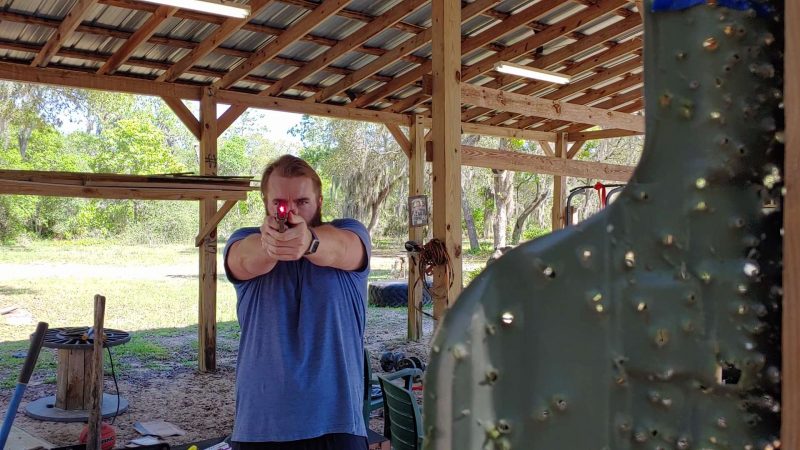 So how well does it work? Well, I practiced for a workweek straight with 100 trigger pulls per day with the Red Point Arms Laser ammo cartridge. In that 500 rounds, the cartridge never failed to ignite and has yet to dim or suffer a loss of intensity. I practiced everything from trigger presses to drawing from my Reckoning holster and both strong and weak side. After 500 rounds of dry fire practice, I happily embraced a little live fire practice. 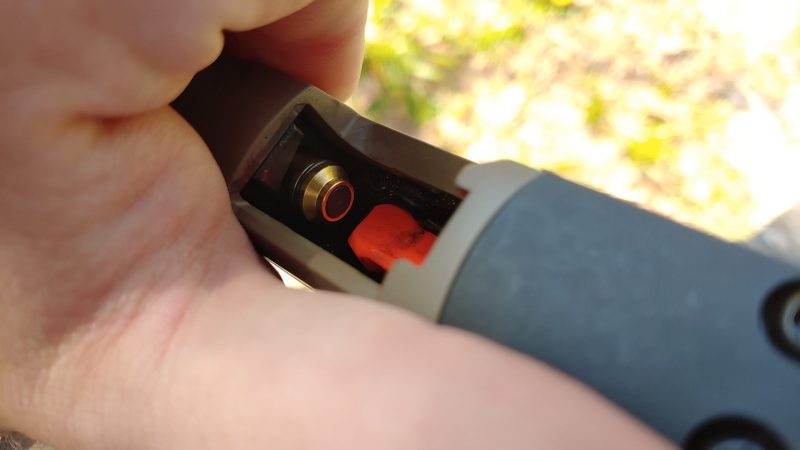 I used 2-inch targets for my dry fire practice that resembled the good ole dot torture drill I love and adore. I ran a round of dot torture clean at 4 yards on my first try. Typically it takes a try or two before I run the course clean. A little dry fire laser ammo cartridge time clearly sharpened my skills for the live-fire range.

Laser Ammo and You

Laser ammo prices have dropped significantly, and these days, they are a common-sense investment. For 35 bucks, a laser ammo cartridge provides you with an outstanding tool for dry fire that you can toss in your range backpack and forget about. It provides instant feedback that allows you to fix your grip, trigger, and stance issues with nothing more than dry fire practice. Plus, it makes dry fire entertaining. If something is entertaining, you're more likely to do it, and the more dry fire you do, the better.