Since it's release in February 2018, Smith and Wesson has had huge success with their M&P 380 Shield EZ, gaining customers of all ages and shooting abilities.

But S&W must be feeling jolly because they just gave customers an early Christmas present by releasing the NEW M&P9 Shield EZ earlier today!

Smith & Wesson Inc. today announced that it has expanded its award-winning M&P Shield EZ pistol series to include the new M&P9 Shield EZ, chambered in the popular 9mm caliber. Built for personal protection and every day carry, the M&P9 Shield EZ further expands the M&P Shield EZ pistol platform, which was released in 2018 and features an easy-to-rack slide, easy-to-load magazine, and easy-to-clean design.

The innovative design of the M&P9 Shield EZ delivers exceptional performance, making it an easy choice for personal protection. Compact, lightweight and slim - it fits everywhere you go, all day and all night.

Built for personal and home protection, the new M&P9 Shield EZ pistol is the latest addition to the M&P M2.0 family and features an 8+1 round capacity and a 3.675” barrel. The M&P9 Shield EZ pistol ships with two 8 round magazines that feature a load-assist tab for quick, easy loading, as well as a Picatinny-style equipment rail to accommodate accessories. 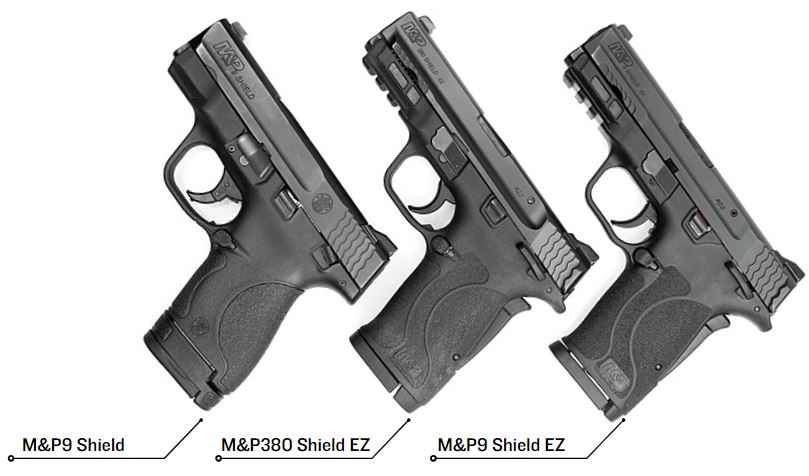 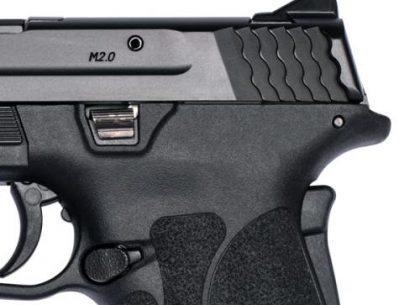 As the modern concealed carry pistol continues to evolve, S&W is staying ahead of the curve by releasing a 9MM version of their wildly popular 380 Shield EZ. Billed as an "easy-to-rack, easy-to-shoot, easy-to-pack, easy-to-load, and easy-to-clean" pistol, we were eager to get our hands on this easy-to-operate handgun and throw a few hundred rounds through it! 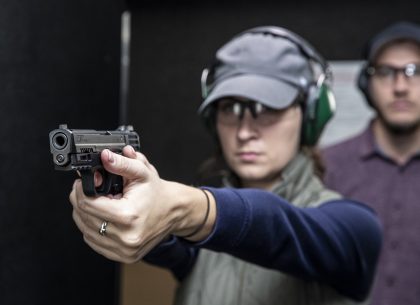 Members of our production team took the new M&P9 Shield EZ out on the range and had a lot of fun handling and shooting this 9MM pistol. Here's a brief recap of what they had to say:

Keith: The recoil was comfortable, much better than the 9MM Shield. It's a great little gun, certainly a lot easier to rack and load than the Shield 9, that's for sure but it's comparable to the 380 EZ as far as ease of use.

Glenn: It's another great product from Smith & Wesson. The slide is thicker making it more top-heavy but with a full magazine on her, it actually makes the gun easier to handle and shoot. Good price point and I think a lot of people are going to upgrade from the 380 to the 9 for sure.

Murray: It's a solid gun - ran over 100 round through it and it cycled flawlessly. I think for customers who love the ease of shooting the 380 but want more stopping power for concealed carry, we're going to see a big jump in M&P9 Shield EZ owners looking for holsters, that's for sure. 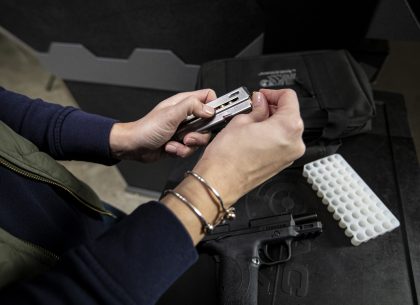 CrossBreed has been working with Smith & Wesson ahead of the release and we've got HOLSTERS READY for the M&P9 Shield EZ, including:

Earlier this fall, Smith & Wesson released their new M&P M2.0 Subcompact Series and clearly, with the release of the M&P9 Shield EZ today, it's apparent they're listening to their customers and making concealed carry easy and affordable! If you love the 380 but want more stopping power for your concealed carry pistol, you won't want to pass up the chance to run some ammo through this pistol!

What do you think? Are you eager to get a firm grip on the new M&P9 Shield EZ from Smith & Wesson!? Sound off in the comments below!