Savage Handguns - A Century of Difference 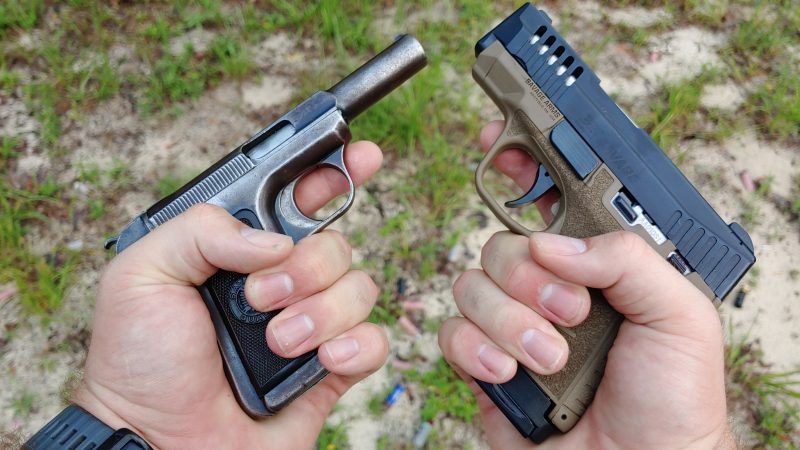 Savage introducing a handgun is a bit of a surprise. Who saw that coming?

As long as I've been alive, Savage has mostly been a rifle company. Their bread and butter have been outstanding but affordable bolt-action designs with some ventures into shotguns and semi-auto rifles. The release of the Stance was big news. Savage hadn't produced a handgun in over a century at this point. I was lucky enough to get my hands on both a Savage Stance and the handgun Savage produced 100 years ago, the Savage M1907.

Today, we are going to take a look at how firearm technology has changed and adapted in the last century by comparing the modern Savage Stance with the Savage M1907.

What The Savage Handguns Have in Common

Both the Stance and M1907 are compact firearms designed to be easily carried concealed. Savage designed the original model of the M1907 for trials for the United States military in 45 ACP. However, after the 1911 won, they shrunk the design, seeing a larger market for concealed handguns. Conversely, the Savage Stance was designed from the ground up to be concealable. 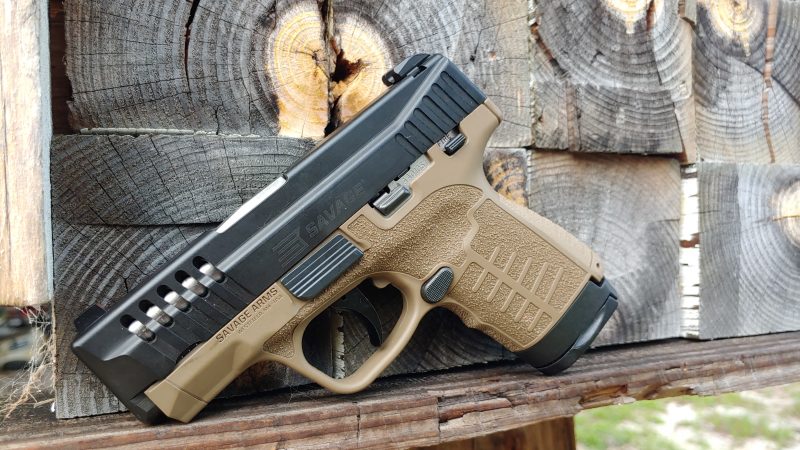 Both firearms feature some innovative ideas. The M1907 was the first handgun to be graced with a double-stack magazine. Yep, believe it or not, the world had such contraptions in 1907. The Stance features a serialized chassis system that can be removed and replaced with different grip modules. Savage has already expressed an interest in creating these grip modules for different capacity magazines and features.

Interestingly enough, both guns are striker-fired pistols, with the 1907 being a fairly early striker-fired design. Additionally, these guns both feature a manual safety.

Both Savage handguns feature an innovative system that makes them easy to shoot and handle. Neither gun suffers from excessive recoil or control issues. Both have a certain flair that makes them stand out in their respective markets. Savage has a great reputation, and it has seemingly been that way for the last 100 years. 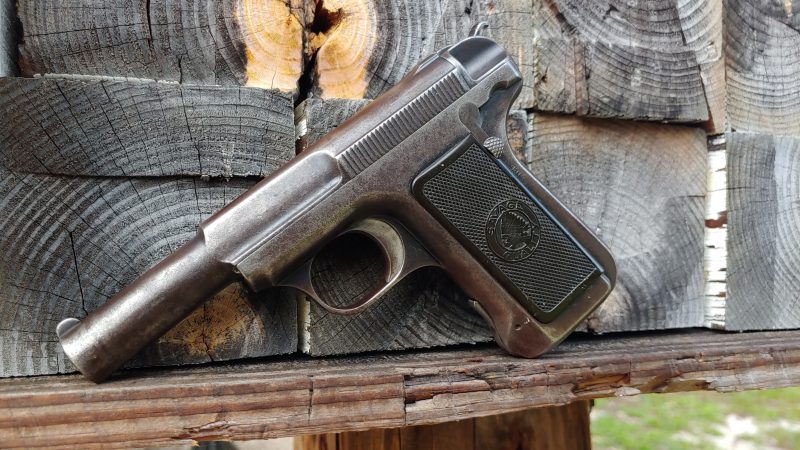 The M1907 was a very reliable and popular firearm. The Savage Stance has been proven to be just as reliable, if not more so, than the old classic. It's comforting to know that they do, in fact, make them like they used to, maybe even better.

The Difference a Century Makes

Times change, and so do firearms. While the old M1907 and Stance certainly have a fair bit in common, they are still worlds apart. After a century of making guns, we've learned a thing or two and the Stance reflects that.

First, the biggest difference is that the Stance uses a polymer frame. Polymer reduces weight and introduces a degree of flex that can reduce recoil and improve control. Polymer has become the defacto choice for handgun construction because it works. That polymer design gives the Savage Stance that aggressive checkering that keeps the gun pinned in hand.

Our M1907 uses all-metal construction and polymer grips that try to add texture but come nowhere near the grippy design of the Stance. The Stance incorporates modern, much easier-to-see sights, and the M1907 has the dinkiest little sights. Savage certainly made a wise decision to ditch the dinky M1907 sights in the last century.

In the last century, Savage has also improved ergonomics and produced a flatter, easier to grip, and easier to control pistol. It's more efficient in its design, and while in a significantly larger caliber, it's still thinner. 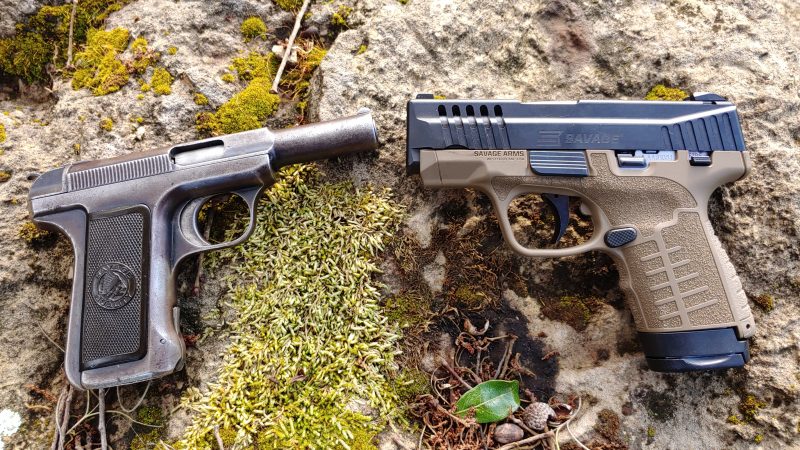 Oh yeah, the calibers are also different. The Savage M1907 came in 32 ACP and later 380 ACP. With the Stance, we get the fight-stopping 9mm round that's a fair bit more potent. The M1907 in 32 ACP offered us ten rounds in the double-stack magazine, and the Stance offers us eight rounds total.

The Stance uses the Browning pioneered the short-recoil design. It's basically the standard for nearly every modern pistol in the world. The Savage M1907 uses a fairly novel delayed blowback system that uses a rotating barrel. It's certainly interesting for the time and made the M1907 a little more refined and friendly than other blowback guns on the market. 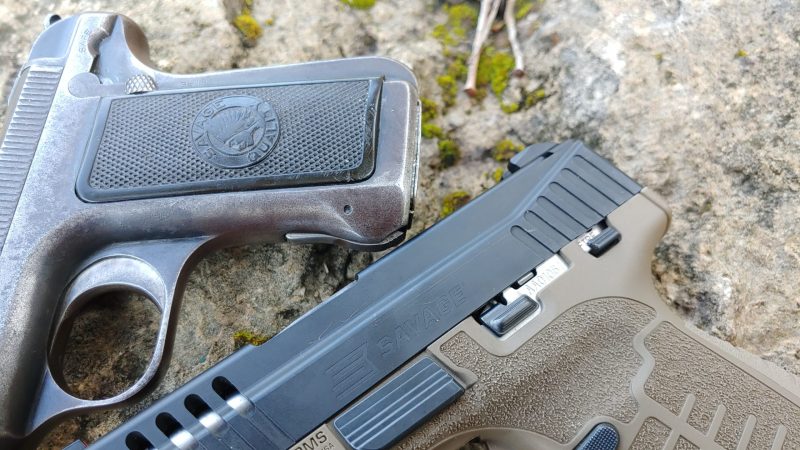 What the Next Century Holds

There are certainly some huge differences between the Savage Stance and Savage M1907. You'd expect a few at least, but it's also interesting how much they have in common. In the last century, we've seen plenty of revolutionary changes in firearms, but the Stance isn't so disconnected for the M1907.

I wonder what the next century holds for handgun design.