CrossBreed® Holsters is proud to celebrate twelve years of offering the most comfortable concealed carry products available. Led by our Founder, Mark Craighead, and the example he set, CrossBreed® has become synonymous with quality handmade products designed and built by people dedicated to continuing Mark’s legacy.

In honor of Mark, CrossBreed® is proud to announce the introduction of the Founder’s Series of holsters and belts. The CrossBreed® Founder's Series has an 11oz 100% vegetable tanned leather using no dyes or lacquers. The hides then have natural oils and tallows applied under pressure giving each piece of hide a unique and distinctive appearance. The leather pieces range from a dark chocolate brown to a lighter tan with contrasting grain. The natural oils accent the grain and structure of each piece, resulting in a beautiful holster or belt that will withstand moisture, sweat, and environmental conditions. These oils also aid the leather in forming to your body when worn, resulting in a very quick break in period. 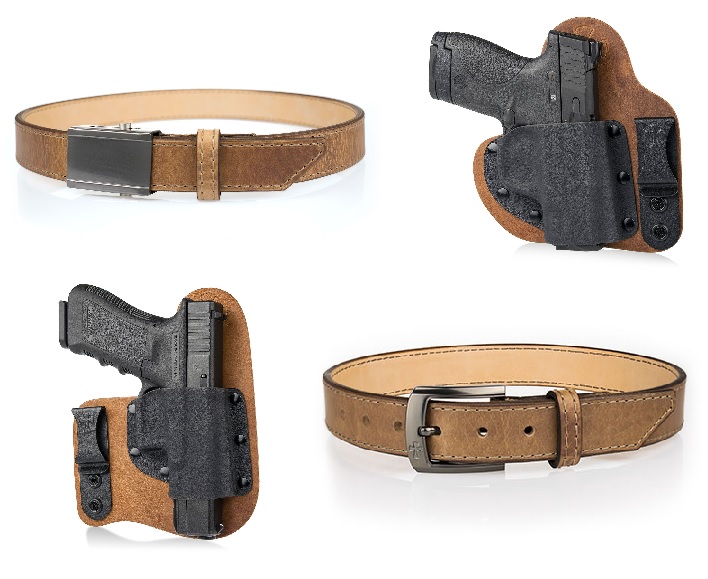 With the Founder’s Leather, the leather changes appearance when it’s worn versus not worn. As the leather bends to fit your body, the grain will change, providing a subtle, yet unique and distinct, character to your holster and belt. As a result, each holster and belt will show wear and use from the gun and the owner. Over time these marks will accent the rustic feel and look of the Founder's Series. 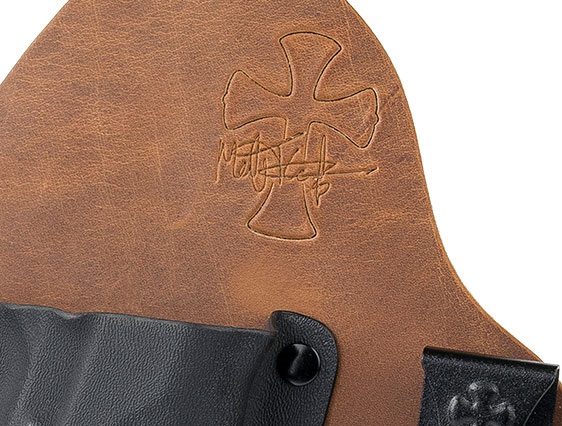 The Founder’s Series Logo is going back to our roots when Mark Craighead stamped a simple cross on each holster to symbolize his faith and devotion. We have combined the original cross stamp and Mark's signature to set apart the Founder's Series of holsters and belts.